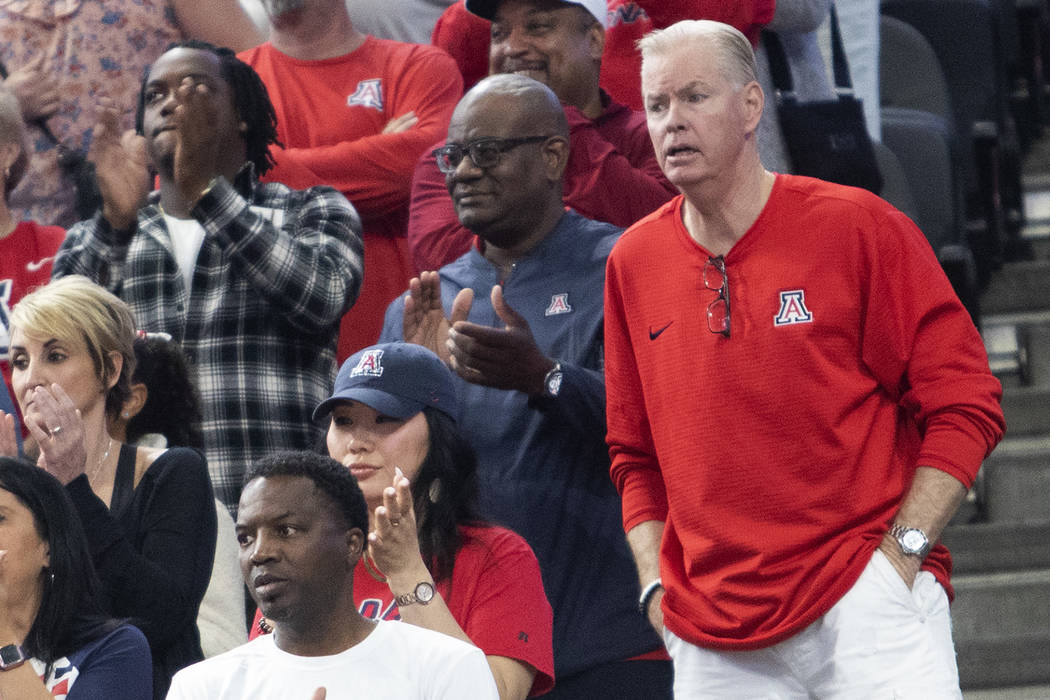 There’s a highlight video of Utah’s 67-61 upset victory over second-seeded UCLA in the 1983 NCAA men’s basketball tournament that is accessible on YouTube.

The first clip shows Mannion, a 6-foot-7 guard from Las Vegas’ Chaparral High School, slashing past two Bruins to score two of his 18 points. (He also had 10 assists). The second shows him sinking a layup as he crashes into UCLA’s Kenny Fields at Taco Bell Arena in Boise.

Eventually Utah players are jumping up and down, celebrating a huge upset. Bushy-haired Mannion is front and center in the shot. He’s being mobbed by other Utes. His clenched fist is in the air.

“That’s what this tournament is all about,” TV analyst Billy Packer tells his viewers.

New @TheAthleticCBB story: Pace Mannion has been longing for the day his son faces his alma mater, Utah. For him, Thursday night will be a special moment, and a vivid reminder of the responsibility he now has. #BearDown https://t.co/GOxZUDVLs1

Nico Mannion, one of college basketball’s most sought after recruits, averaged 14 points and 5.3 assists as a freshman for Arizona this season. He matched his season average in the Wildcats’ 77-70 victory over Washington in the first round of the Pac-12 tournament at T-Mobile Arena Wednesday, the day before sports was closed due to the coronavirus pandemic.

There’s a good chance Nico Mannion will declare for the NBA draft when sports return to normal.

In that case, he will never get to jump up and down with teammates during March Madness. Or even trip on his way to the basket for an easy layup, as his father once did, and have a fan club named for him because of it.

“That’s the one reason a lot of these kids who were looking to go pro played one year (of college ball),” Pace Mannion said of the highs and lows of playing in the NCAA tournament. “Nico could have made money. But he said ‘I want to play in March Madness.’ ”

When Pace Mannion said that, sports wasn’t yet closed. It only had been decided that the NCAA men’s and women’s tournaments would be played in front of virtually empty arenas as a safeguard against spreading the virus. The Pac-12 still was contemplating what to do.

By early Thursday morning, the Pac-12 had canceled its tournament.

So had the NCAA.

In the last scene of the 1983 Utah YouTube video, the Utes are shown arriving at the Salt Lake City airport to a raucous reception. A reporter pulls Pace Mannion aside, suggests that Boise may become one of his favorite towns.

“It is now,” says the bushy-haired Ute. “I’m ready to take a vacation up there.”

While Nico Mannion had a nice game against the Huskies Wednesday, it’s doubtful he’ll remember Las Vegas in quite the same way.

Winning in The Pit is hard. Hitting game-winning shots in The Pit is rare. Abel Porter did it today, a 3 point shot with 1 second left. In 1983, Pace Mannion drove the length of the court as time expired to give the Utes a 1 point win

(no audio in our archive, I improvised) pic.twitter.com/7npCiu5Gxo

— Pace Mannion was a first-team Western Athletic Conference selection who played with NBA stars Tom Chambers and Danny Vranes at Utah. He spent six seasons in the NBA and then several more playing in Italy, where he met his wife and Nico’s mom, Gaia, who played pro volleyball.

But he said he was not the most famous of the Southern Nevada Mannions. That distinction goes to his parents, Jack and Terry, who have a middle school named in their honor in Henderson around the corner from where they live. The football field at Chaparral also is named for Pace’s dad, a longtime athletic director at the school.

“My parents between them put in 63 years in the (Clark County) school district,” Pace Mannion said. “They touched a lot of people here in Las Vegas. They touched a lot of students in high school, in junior high when they first started out. It’s a great legacy. I’m proud of them.”

— Trivia question: Can you name the team that eliminated Pace Mannion and Utah in the 1983 Sweet 16?

The Wolfpack defeated the Utes 75-56 at Dee Events Center in Ogden, Utah.

For your viewing pleasure: Phi Slama Jama vs. the Cardiac Kids … No better NCAA final than the one in 1983.https://t.co/Eqh0eSFYhU

— Cherie Cordoba, who was Cherie Hogg when she starred and later coached for the UNLV women’s basketball team, has been hired as a women’s assistant at Louisiana State.

The Australian is one of four players in UNLV history to record 100 assists and 100 steals in the same season. She still holds single-season Lady Rebels records for steals (129) and 3-point field goal percentage (.456) and the single-game record for steals (11).

Cherie Cordoba is one of the most wonderful people I’ve ever met in my life. She is an incredible person, and a darn good basketball coach.

LSU is extremely lucky to have her. https://t.co/KXmraCDEi2

— Before sports became a petri dish, I recently wrote about Mesa Community College’s pipeline from Las Vegas to suburban Phoenix that began in earnest when Rancho High’s Marty Barrett played there before going on to star for the Boston Red Sox.

That prompted a nice note from Kurt Garehime, who played for the top-ranked 1975 and ‘76 Mesa squads. He was the third member of a Mesa outfield that featured former major leaguers Hubie Brooks and Mickey Hatcher.

“Mickey was drafted by Minnesota, Hubie went to the Mets … and I went to Memorex,” wrote the former Las Vegas High standout, whose first job out of college was with the cassette tape company in California’s Silicon Valley. 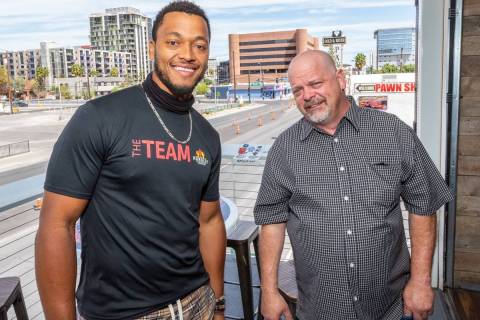