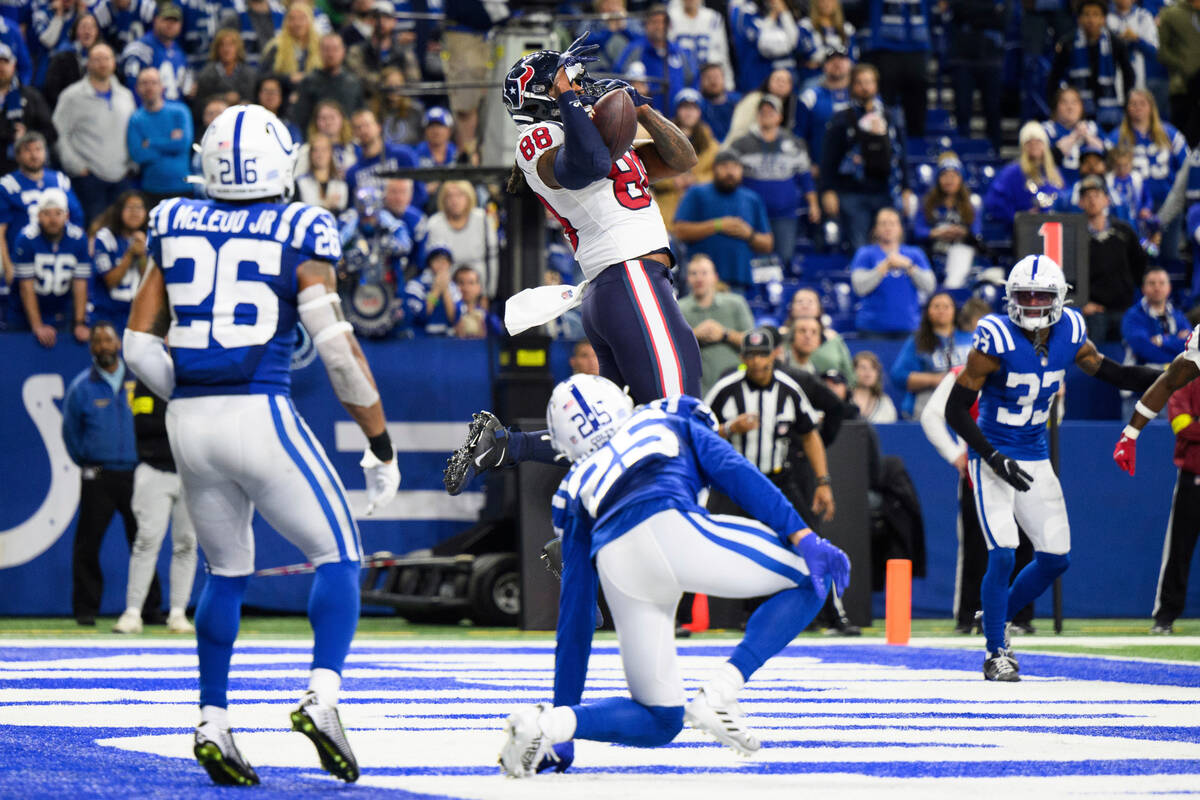 Any list of the worst bad beats in sports betting history should include the one dealt to a Circa Survivor contestant who needed the Colts to beat the Texans on Sunday to win at least $2 million.

The Enemy Within — which was the alias of Mike Barth, 60, of Houston, according to VSiN — was one of only three entrants from the starting field of 6,133 still alive in the quest for the $6,133,000 prize entering Week 18 of the NFL season.

All three had the sweat of a lifetime on their 20th and final picks of the contest, which designates Thanksgiving and Christmas as separate contest weeks.

The entrant with the alias Browna needed the Jaguars to top the Titans on Saturday night to finish 20-0 and secure at least $2 million.

Jacksonville trailed Tennessee for more than 57 minutes before Rayshawn Jenkins sacked Titans quarterback Joshua Dobbs and knocked the ball loose, and Josh Allen returned the fumble 37 yards for a go-ahead touchdown with 2:51 left in the Jaguars’ 20-16 win.

Barth told VSiN he considered taking the Vikings, who cruised to a 29-13 victory over the Bears, but was concerned about them pulling their starters. So instead he went with Indianapolis over Houston, which could’ve clinched the No. 1 pick in the NFL draft with a loss.

The Colts trailed 24-14 late in the third quarter before they turned two Davis Mills interceptions into TDs and scored 17 consecutive points to go ahead 31-24 with 3:33 left.

Indianapolis had several chances to seal the win but couldn’t stop the Texans, who converted two long fourth downs on the fateful winning drive.

After converting a fourth-and-12 at midfield when Brandin Cooks hauled in an 18-yard pass on the sideline, the Texans faced a fourth-and-20 at the Colts’ 28.

Mills lofted a pass for the end zone that somehow sailed through the outstretched arms of an Indianapolis defender and into the arms of Jordan Akins for a 28-yard TD with 50 seconds left.

Houston then went for two points and the 32-31 win, and got it when Mills found Akins in the end zone to deny Barth a life-changing payday.

Fortunately, after he was eliminated, Barth told VSiN, “We were well-hedged, so we’re fine.”

That left Jed, the entry belonging to Mike Buchmiller, the 50-year-old dean of athletics at The Alexander Dawson School, per VSiN, who needed the Seahawks to beat the Rams to split the pot with Browna.

Myers then lined up for a potential game-winning 46-yard field goal with three seconds left that was worth $3,066,500 to Buchmiller. But the kick hit the right upright and was no good.

The Seahawks gave Buchmiller a reprieve in overtime when they intercepted Baker Mayfield and again drove into field goal range. This time, Myers was on the money with a 32-yard kick that gave Seattle a 19-16 win and made Buchmiller one of only two Circa Survivors to complete a perfect season.

But books got the money back late in the day as Washington whipped Dallas and Detroit defeated Green Bay at Lambeau Field to deny the Packers a playoff spot.

“The biggest game of the day was the Commanders winning outright,” Red Rock Resort sportsbook director Chuck Esposito said. “The only real winning scenario (on Sunday night) was to have the Lions win outright.”

Caesars Sportsbook won big on the Chiefs (-8½), who cruised to a 31-13 win and cover over the Raiders on Saturday.

“The Chiefs was huge,” Caesars assistant director of trading Adam Pullen said. “We actually won, surprisingly enough, on that game.”

Bettors who backed the Dolphins (-4) over the Jets appeared to have lost their wagers when they took a 9-6 lead with 18 seconds left on Jason Sanders’ 50-yard field goal.

But they were gifted a miracle cover when New York tried a desperation lateral on the game’s final play and Elijah Moore fumbled the ball out of the end zone for a safety and an 11-6 Miami win.