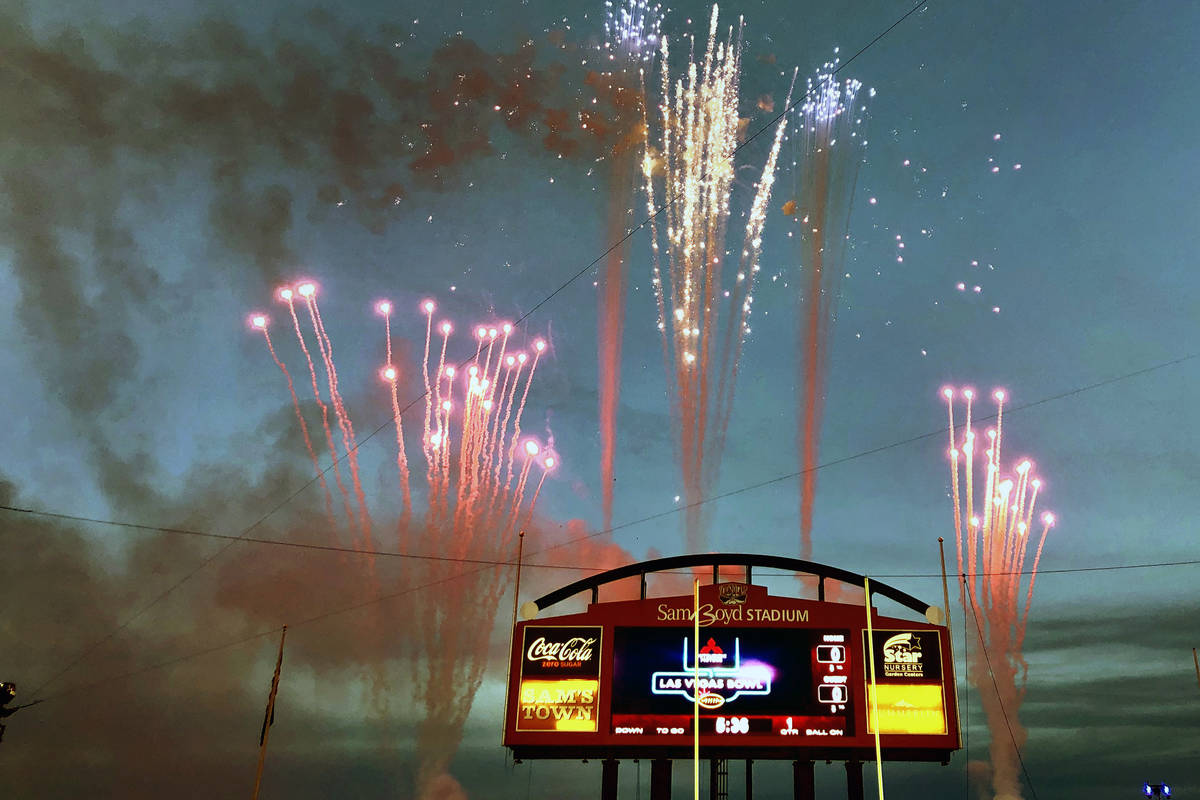 A plan for the 37-game college football bowl season was unveiled Friday, but the fate of the Las Vegas Bowl is still uncertain.

Bowl season executive director Nick Caparelli said in a Zoom call that the decision about whether the Las Vegas Bowl will be played should be made in the near future.

“Each bowl game has its own business model. They work with their conference partners to come up with an equitable arrangement to send teams to their game,” Caparelli said. “Those conversations have really been one-on-one conversations, with the bowl reaching out to their conference partners to make arrangements for this year. The Las Vegas Bowl simply needed more time to work that out.”

The Las Vegas Bowl has been played every season since 1992 at Sam Boyd Stadium. If the game is played this year, it will move to Allegiant Stadium and feature a matchup between teams from the Pac-12 and Southeastern Conference, marking the first time since 2000 the Mountain West is not a tie-in.

Las Vegas Bowl executive director John Saccenti declined to comment Friday when reached by text, other than to echo Caparelli’s sentiment that he hopes a decision on whether the game will take place will be made soon.

The ESPN family of networks will televise 35 of the bowl games, with the other two set for CBS affiliates.

There were 44 bowls originally scheduled for this year. The games not being played are the Fenway Bowl in Boston; the Red Box Bowl in Santa Clara, California; the Quick Lane Bowl in Detroit; the Bahamas Bowl in Nassau, Bahamas; the Hawaii Bowl in Honolulu; and the Holiday Bowl in San Diego.

The bowl season will begin with the Frisco Bowl on Dec. 19 in Frisco, Texas, and culminate with the College Football Playoff National Championship on Jan. 11 at Hard Rock Stadium in Miami Gardens, Florida.

The playoff semifinals are scheduled for Jan. 1 in the Rose Bowl in Pasadena, California, and the Sugar Bowl in New Orleans.