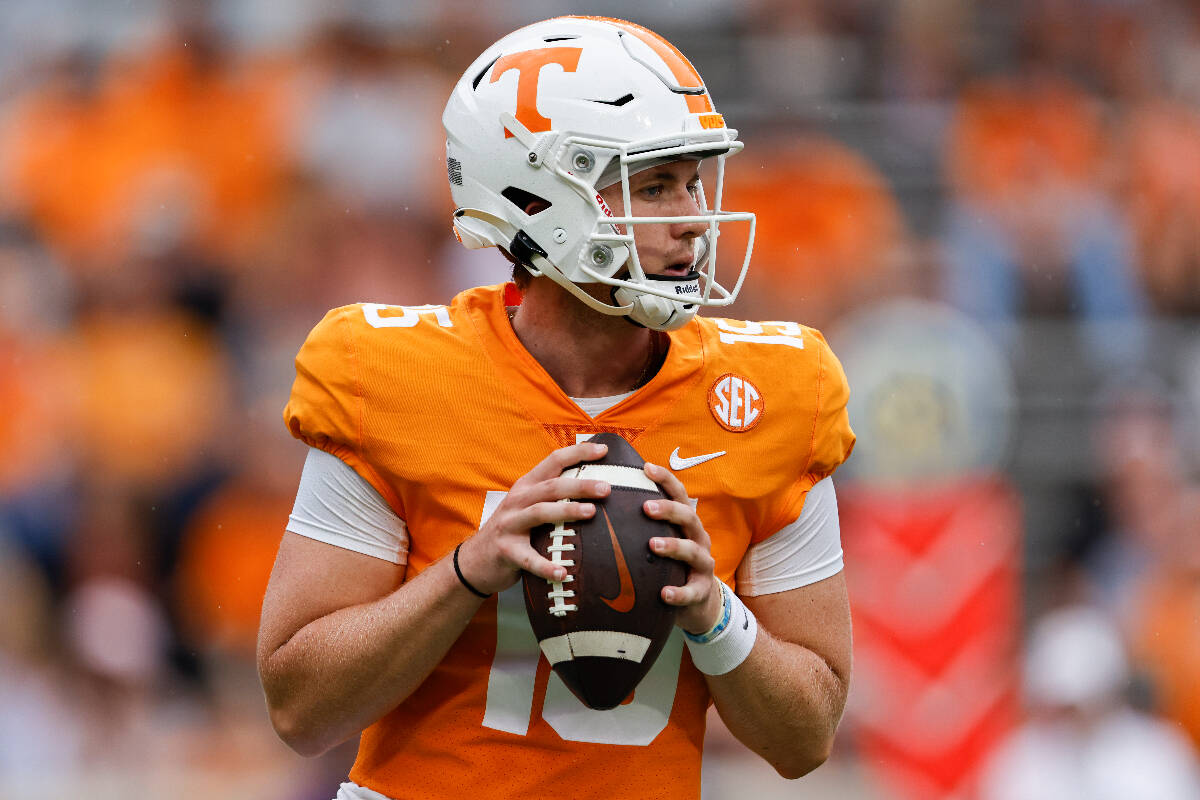 Following a season which saw UNLV football play four quarterbacks on its way to a 2-10 record, head coach Marcus Arroyo hinted his signal caller room might be in need of reinforcements.

Arroyo got what he was looking for Tuesday, as UNLV landed former Tennessee quarterback Harrison Bailey from the transfer portal.

A four-star recruit out of Marietta High School in Georgia, Bailey was ranked as the No. 3 pro-style passer in the country by 247Sports and a top-100 recruit in the nation. He committed to Tennessee and played in six games as a freshman, including starts in the final three games after Volunteers quarterback Jarrett Guarantano was injured.

As a true freshman, Bailey completed 48 of his 68 pass attempts for 578 yards, averaging 8.5 yards per attempt. He also threw four touchdowns against two interceptions. Tennessee went 1-2 during Bailey’s tenure as the starter, beating Vanderbilt 42-17 but losing to No. 6 Florida and No. 5 Texas A&M.

However, Bailey’s second year at Rocky Top wasn’t as fruitful. A coaching change brought in Josh Heupel, and Bailey lost the starting spot to Hendon Hooker. The Georgia native played in just one game before entering the transfer portal Oct. 27, 2021.

Friel was the most successful, winning Mountain West Freshman of the Year and completing 62.39 percent of his passes. He threw six touchdown passes and had 11 interceptions in nine games, eight of which were starts.

Bailey’s first chance to suit up for the Rebels will be Sep. 3, when UNLV takes on Idaho State at Allegiant Stadium to kick off the 2022 season.