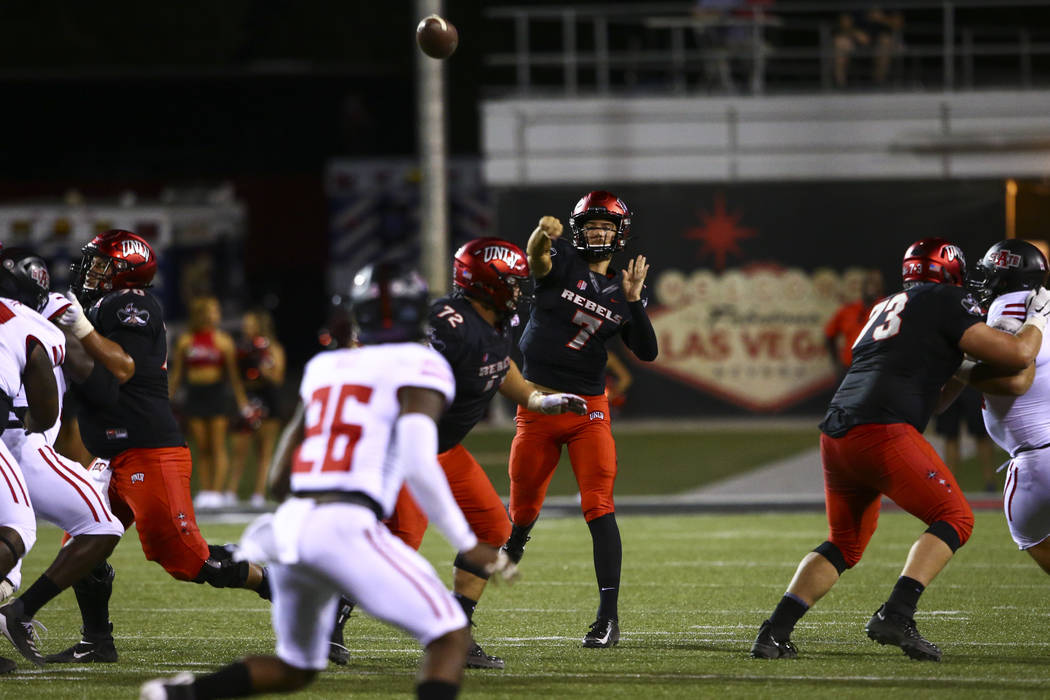 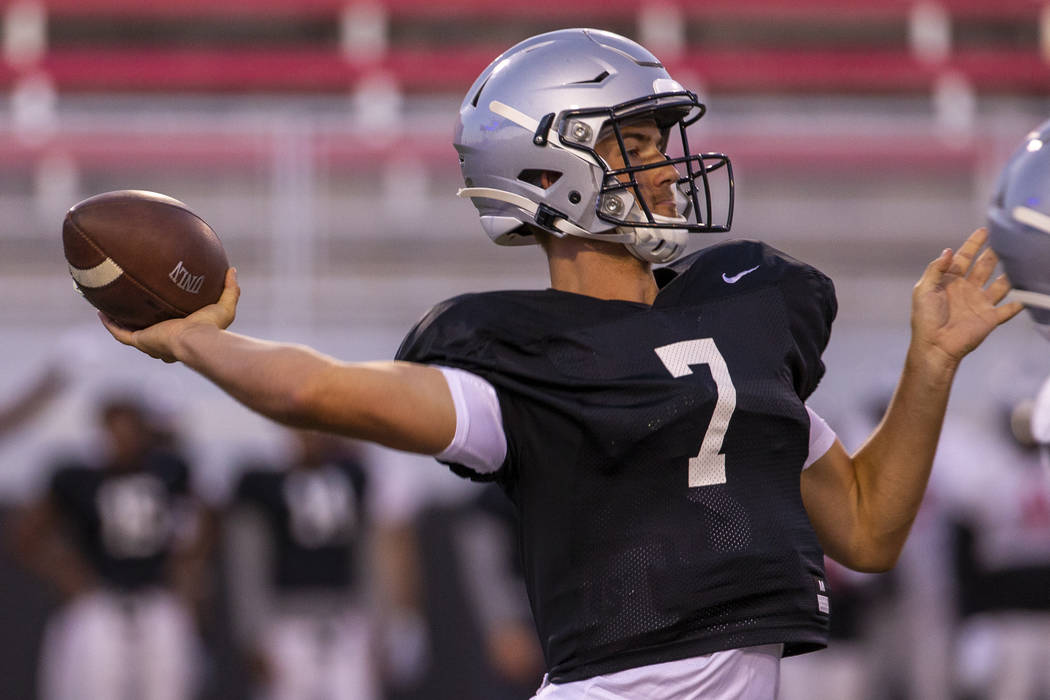 UNLV quarterback Armani Rogers did not practice Wednesday out of concern for his sprained knee as Kenyon Oblad took the first-team repetitions.

Coach Tony Sanchez said the starting quarterback would be a game-time decision when the Rebels play No. 16 Boise State at 7:30 p.m. Saturday at Sam Boyd Stadium.

“He didn’t look 100 percent,” Sanchez said. “We decided to rest him up and get Kenyon ready to go.”

Rogers was injured in Saturday’s 53-17 loss at Wyoming.

Max Gilliam, who started seven games last season with Rogers out with a toe injury, took the second-team snaps Wednesday.

He has been out with an injured foot, but Sanchez said Gilliam will see a doctor Thursday to determine if he’s healthy enough to play.

Oluwaseun plays the most visible of those positions since he’s responsible for protecting the quarterback’s back side.

It’s not the first time he has made this transition. Oluwaseun started the final four games last season, the first at right tackle and the last three at left tackle.

“There are some tendencies that you do at right that you can’t do at left and vice versa,” Oluwaseun said. “Having that experience at left helped me know what I’ve got to do and what I’ve got to tune into to be able to play the left side.”

Sanchez said he wanted to see improvement from that spot, which was why Ashton Morgan was replaced by Oluwaseun. Morgan started the first four games.

“Ashton will be fine,” Sanchez said. “He’s still a young guy (sophomore), but Justice is a little more athletic on that left edge. Julio’s a guy that’s been getting better and better and better throughout the weeks.”

“The good thing that we’ve done over the years is we’ve moved guys around all the time through camp and spring ball. No one’s going to a position they haven’t lined up in before.”

The UNLV men’s and women’s basketball teams will have a showcase at 6 p.m. Saturday next to the Rebel Block Party at Sam Boyd Stadium.

Those who attend will receive team posters and T-shirts as long as supplies last. Vouchers will be given afterward for a coin that can be redeemed during the men’s basketball game against Kansas State on Nov. 9 at the Thomas & Mack Center.

Both teams will be introduced and will take part in different competitions on the Thomas & Mack floor that was used through the 2016-17 season. Bleachers will be set up, and players will be available to sign autographs.

High school representatives from Desert Pines, Liberty and Silverado will be recognized on the field through Extra Yard for Teachers. Each school will receive $1,500 from the College Football Playoff Foundation, which sponsors the program.