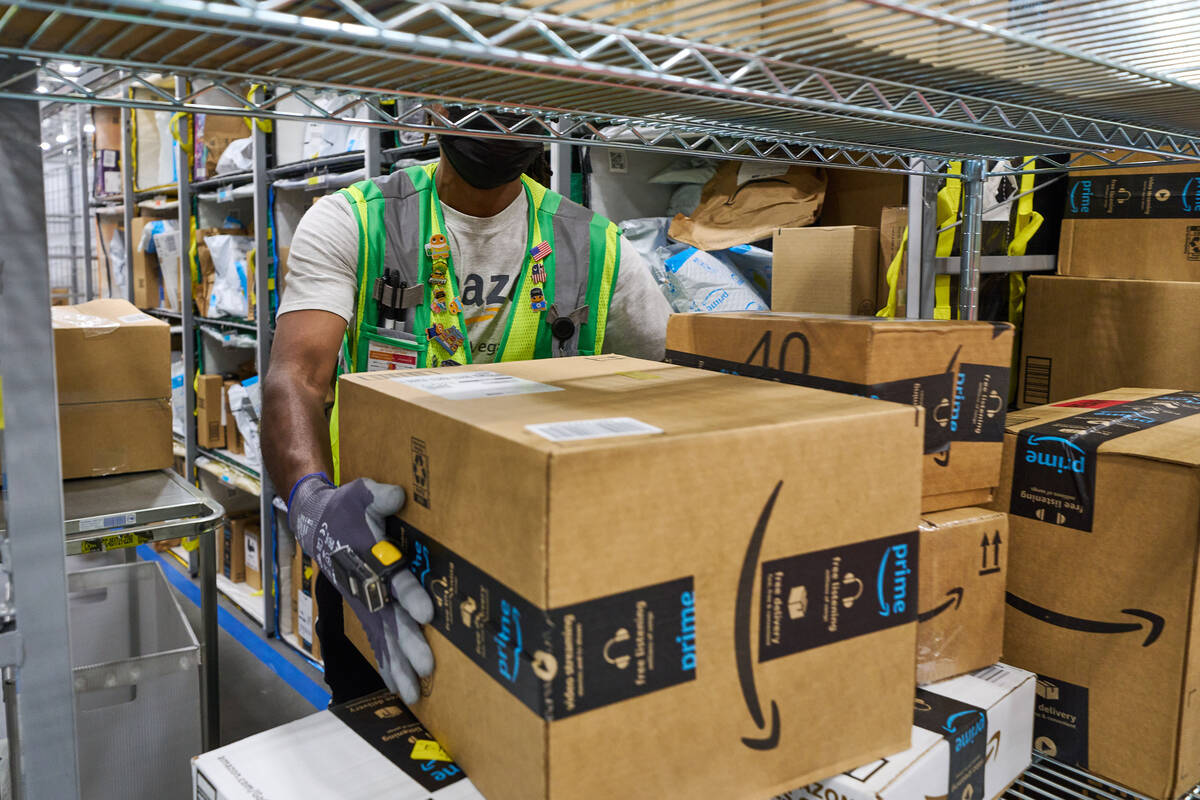 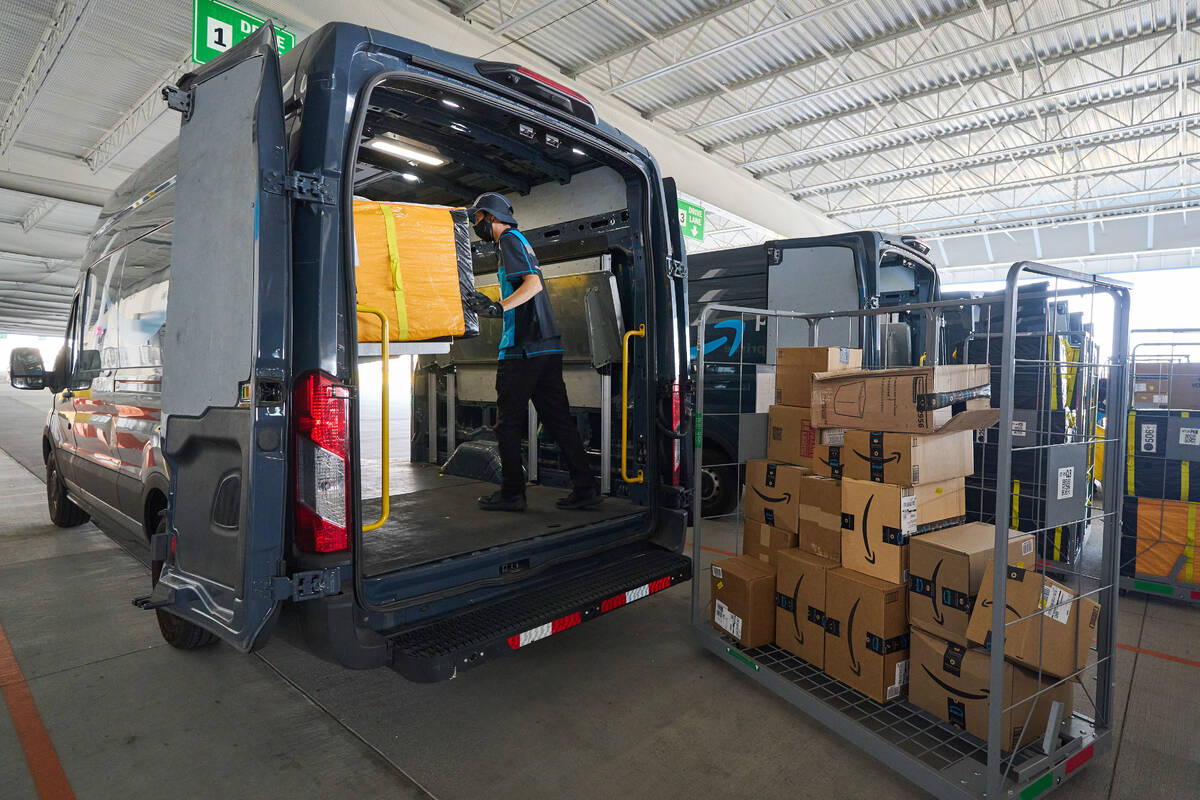 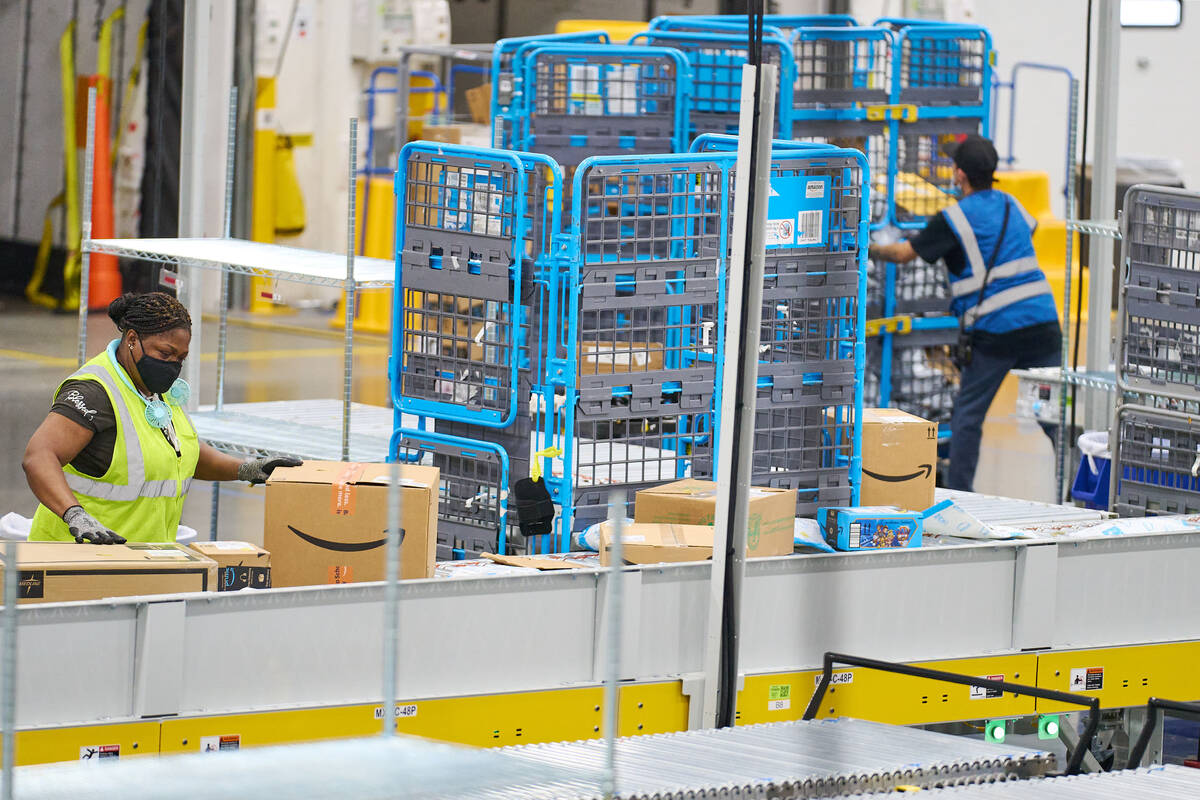 Amazon is hiring nearly 7,000 seasonal workers in Nevada in anticipation of a busy holiday shopping season.

The online retail giant is expecting to hire about 6,800 employees throughout the state, including about 5,800 in Las Vegas, for a variety of positions, according to Ofori Agboka, vice president of global human resources.

Applicants will get a contingent job offer immediately, he said, and the jobs could last “well into January, if not February,” depending on customer demand. The company is hiring about 150,000 seasonal workers nationally, up from 100,000 last year and in addition to the 125,000 transportation fulfillment jobs it announced in September.

Retailers are bulking up their holiday staffing to keep up with a pandemic-fueled surge in demand for online goods and supplement strained supply chains, said Bryan Wachter, senior vice president for the Retail Association of Nevada.

“The digital transition was supposed to take years. It took two weeks in March of 2020,” he said.

The hiring spree is underway at a time when companies across the country complain they’re struggling to fill vacant positions. Retailers have tried bulking up their staff over the last six months to get a handle on the “new normal” e-commerce demand while also sufficiently staffing valuable in-store employees for the holidays, Wachter said.

This holiday season could look closer to the pre-pandemic normal than did last holiday season, Wachter said, citing COVID-19 vaccine availability, better coronavirus mitigation strategies and a higher confidence level for people that they can safely shop and take part in “those fun holiday activities that they always have.”

Retail sales totaled $625.4 billion in September, up 0.7 percent from August and 13.9 percent over September 2020, according to the U.S. Census Bureau. Sales have grown year-over-year each month since June 2020.

“Then we need folks that are trained to do these jobs to perhaps take more hours and a little bit of overtime so that we can get these backlogs worked through,” he said.