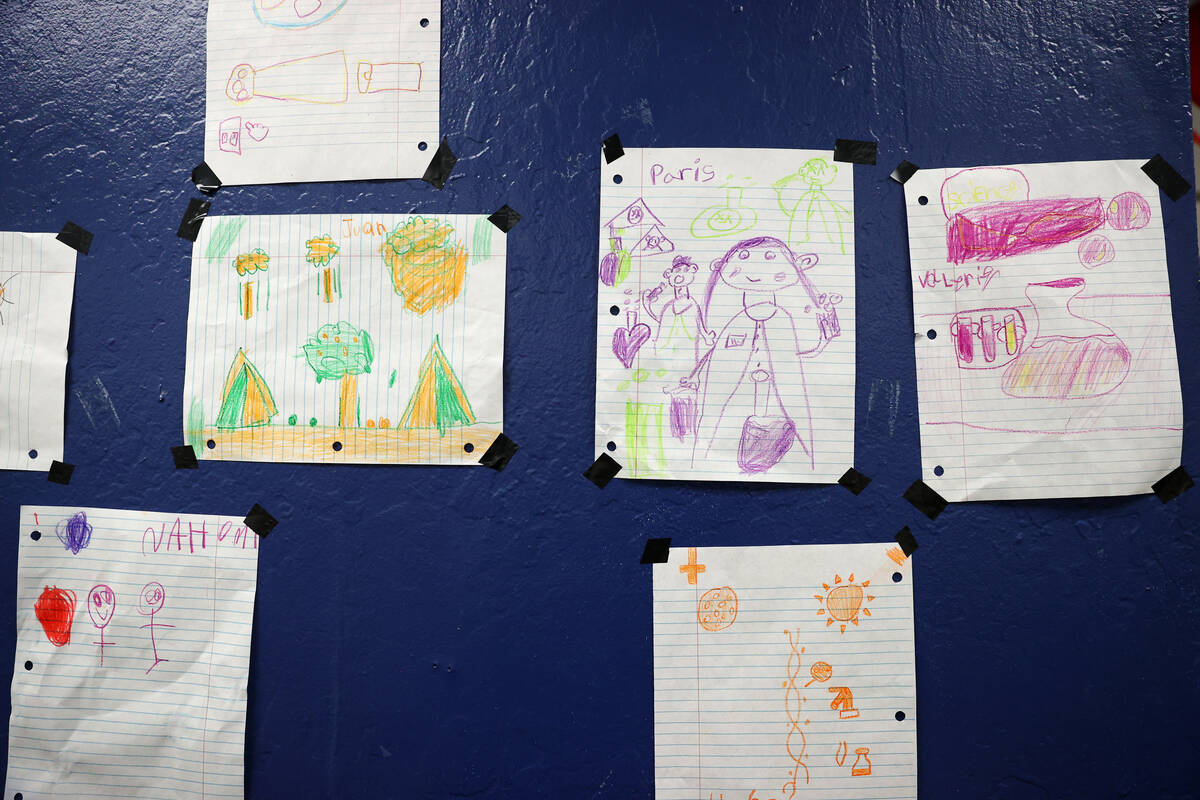 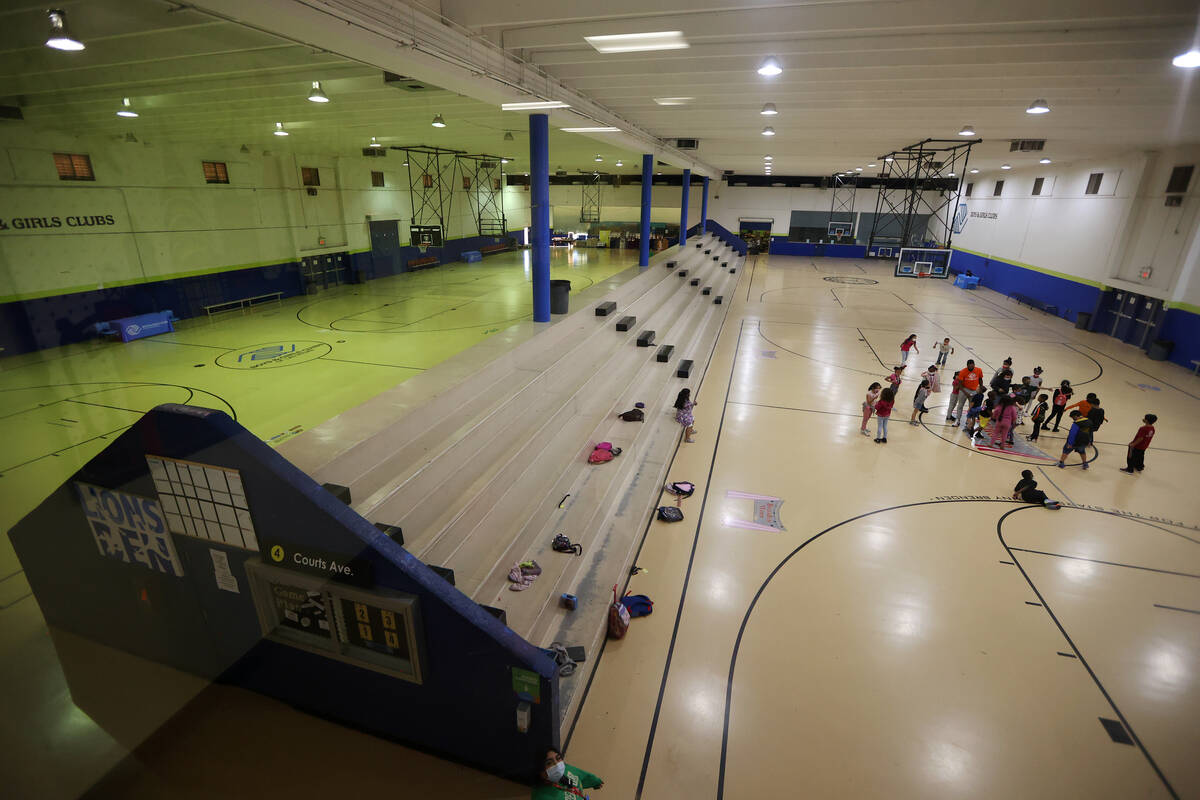 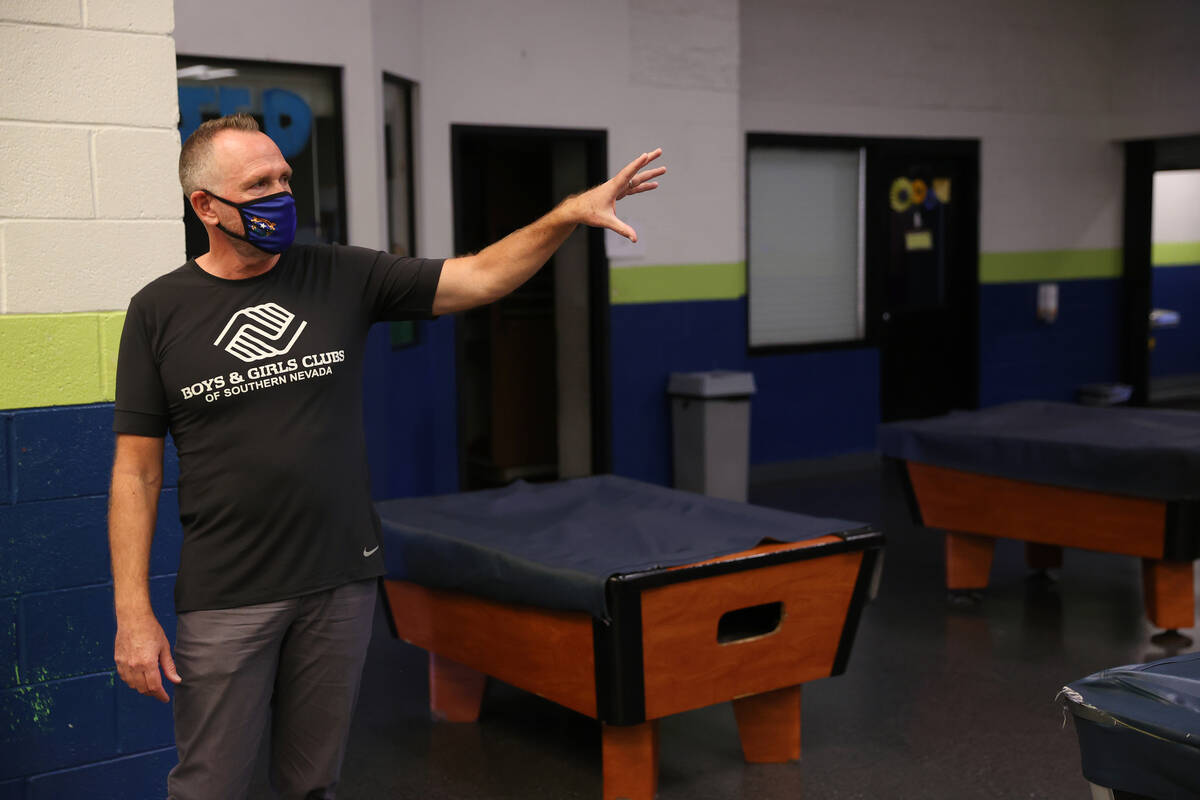 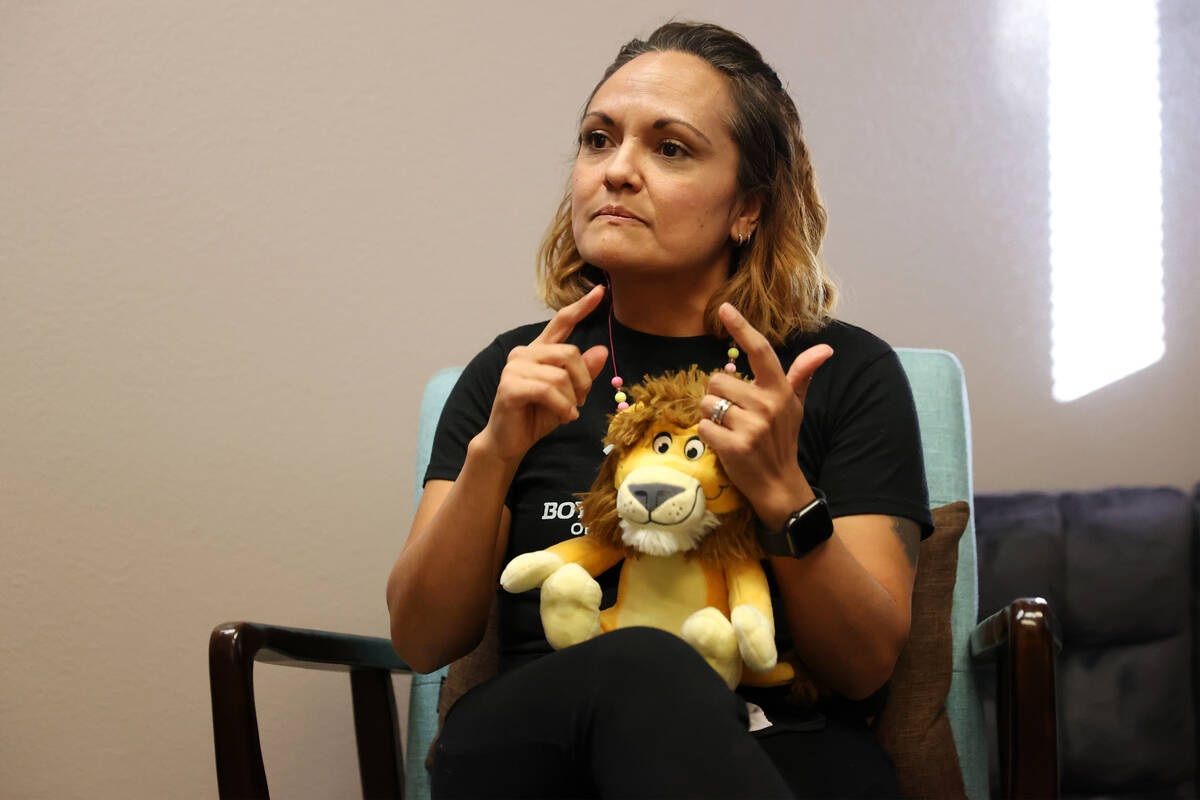 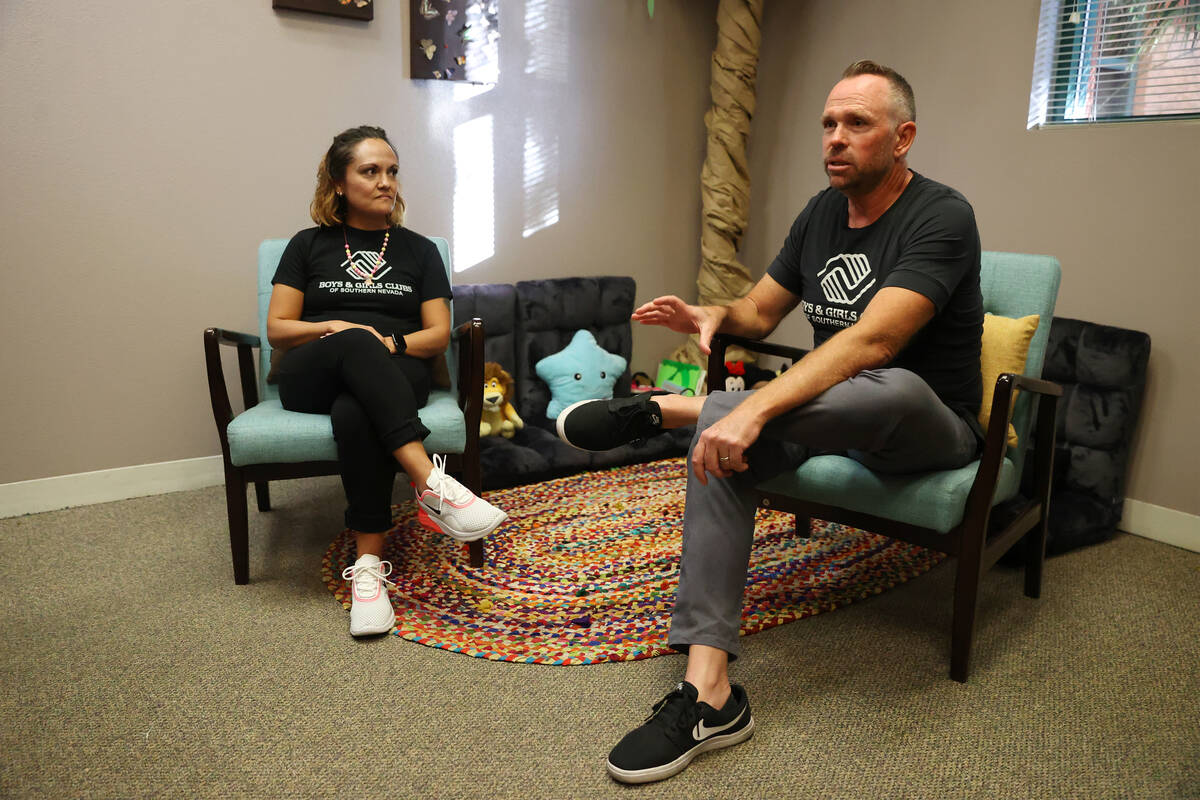 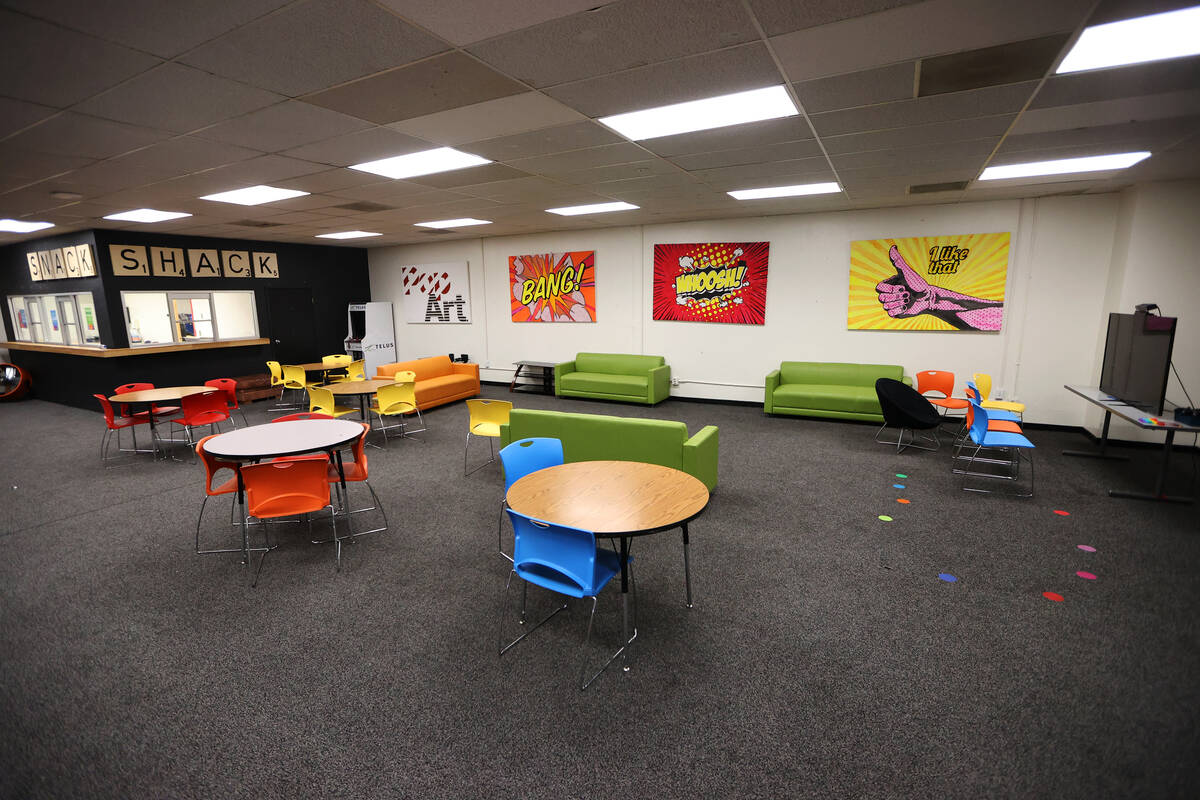 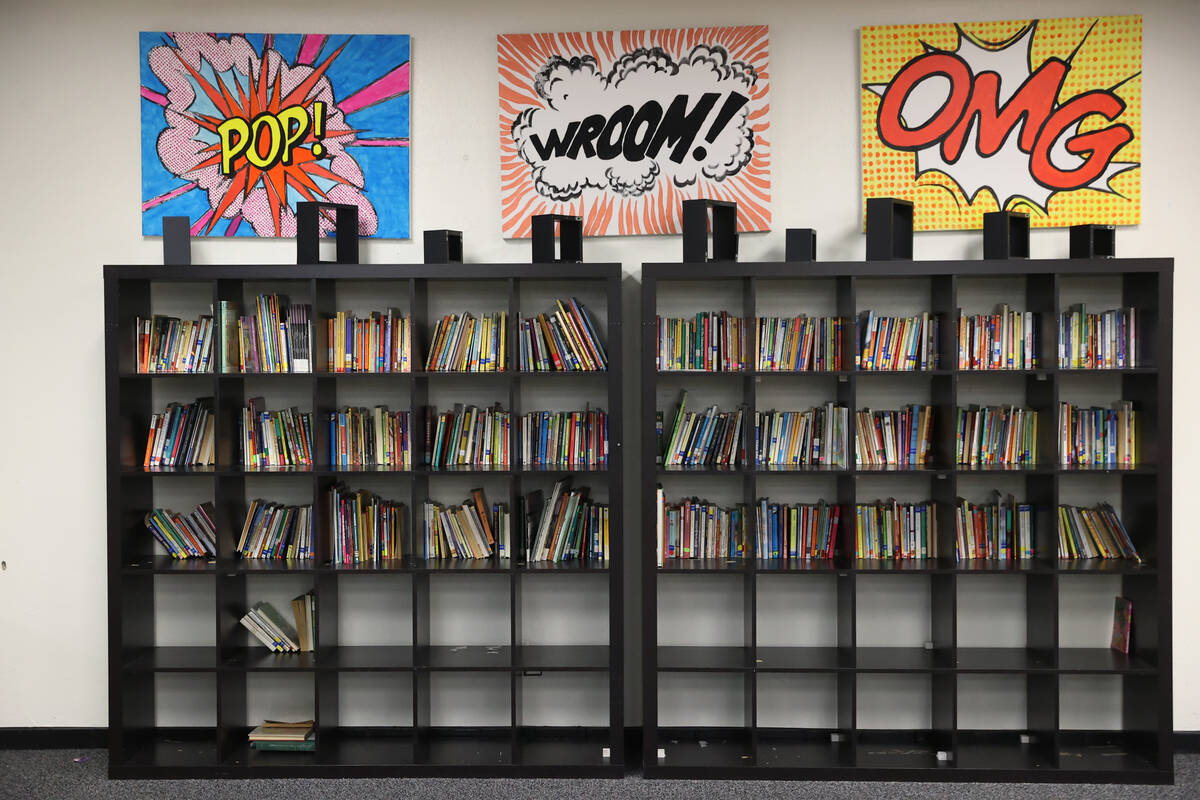 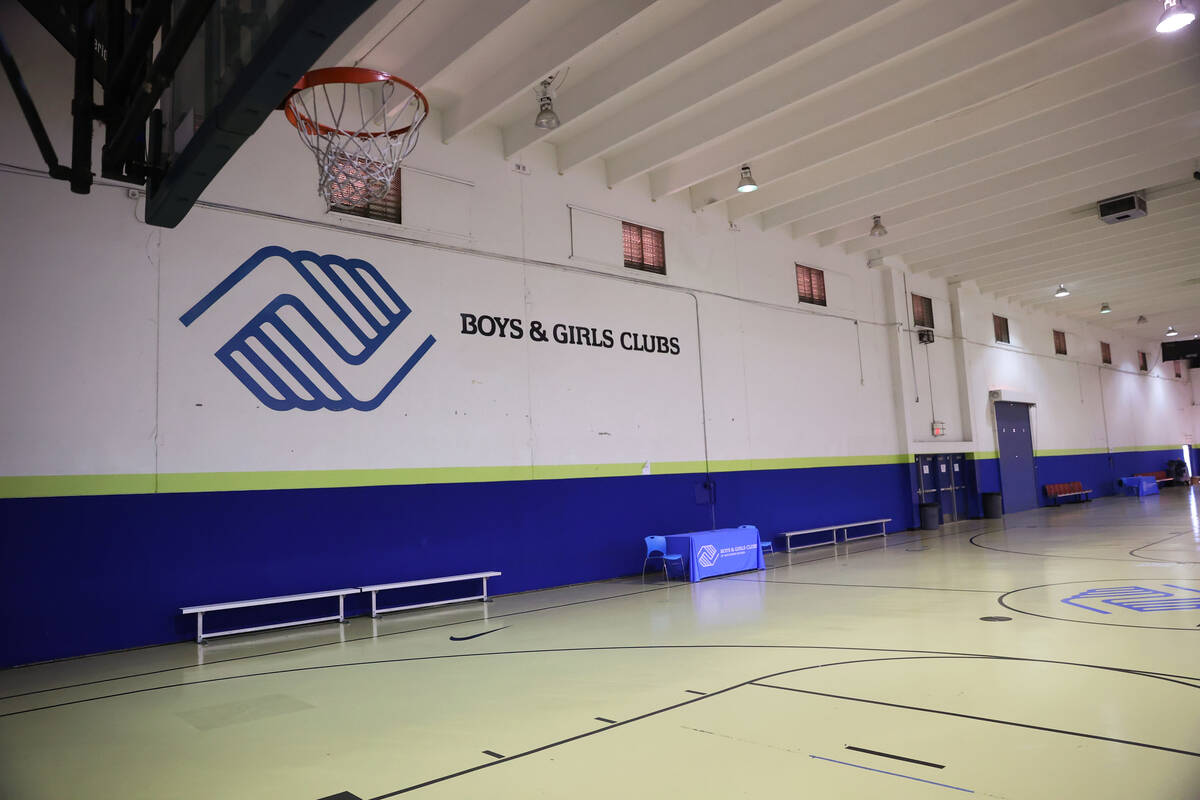 Boys and Girls Clubs of Southern Nevada is using its after-school programs to help kids in a new way: group therapy.

Group therapy launched in clubs across the Las Vegas Valley last month as part of a new program to guide children and their families to healthier emotional well-being. The nonprofit also offers individual and family counseling, something that has gone on for about two years.

Group therapy focuses on social emotional learning skill development to prevent future incidents of mental health symptoms, said Alma Spears, the nonprofit’s senior vice president of family and counseling services. Those include how to manage anger, how to recognize emotional triggers and how to stop thoughts from becoming bad behavior.

Children are grouped by age in clubs across the valley and group therapy can act a screening for further individual counseling.

The clubs “backed their way into” counseling services about two years ago, CEO Andy Bischel said. Leadership looked for a way to use Spears’ newly earned master’s degree and found that the Department of Health and Human Services wanted to support more youth mental health services that can help solve the common problem of transportation.

“Transportation is the biggest challenge because for a working family; how do they get the child to the appointment on a regular basis?” Bischel said. “They can get them maybe once or twice, but it’s consistency that really is important. If we bring the counselors in, we eliminate that because we have the kids in the clubs.”

There are no out-of-pocket costs for any of the therapy levels for families with Medicaid or no insurance. Families with private insurance are not yet accepted, though the organization plans to add that as it scales up the services in the next several years.

The services could help address a gap that youth see themselves. A survey of Las Vegas 13- to-24-year-olds conducted in spring 2021 found cost and lack of awareness of where to turn as top barriers to accessing mental health resources. The study by the Born This Way Foundation and Benenson Strategy Group found that 60 percent of youth respondents felt anxious in the past month, compared with 46 percent in 2019.

Bischel views the therapy offerings as preventative measures to address those feelings. While many of the children may not need the services, reaching the most vulnerable will put them on a path to graduation and a positive future afterward.

“How do we get them to resiliency?” he said. “Typically what happens if you’re not resilient, (is) you succumb to drugs, alcohol, any criminal activities, those kinds of things, which can totally derail your entire life. So it was really about how can we be proactive in keeping kids out of the safety net in the future or criminal system.”

The additional services have left some Boys and Girls Club families feeling like a deal that was “almost too good to be true,” Spears said.

“I think for most families change is very different and scary to them,” she said. “But I just want them to know that it’s not a luxury, it’s something that they have access to. And just let them know that if they trust the process, they will see the change.”

Counseling at the clubs helped Marcela Corrales and her 11-year-old son. Corrales first put her son in the club’s individual counseling in 2019, when he was showing aggressive behavior and depression. Corrales wanted to break a pattern of aggression in her family, so she took him to counseling with Spears and noticed changes after the second session.

“He started coming home after the sessions and talking about what he learned and practicing it,” Corrales said through a Spanish translator.

The two also attended family counseling, learning to open up to each other and work through periods of anger. Her son said he felt relieved to know people were helping him with his problems. Their family now meditates together and can better problem-solve in difficult situations.

“When I got mad, I used to count one to 10 and then breathe in and out and then I felt way calmer,” he said.