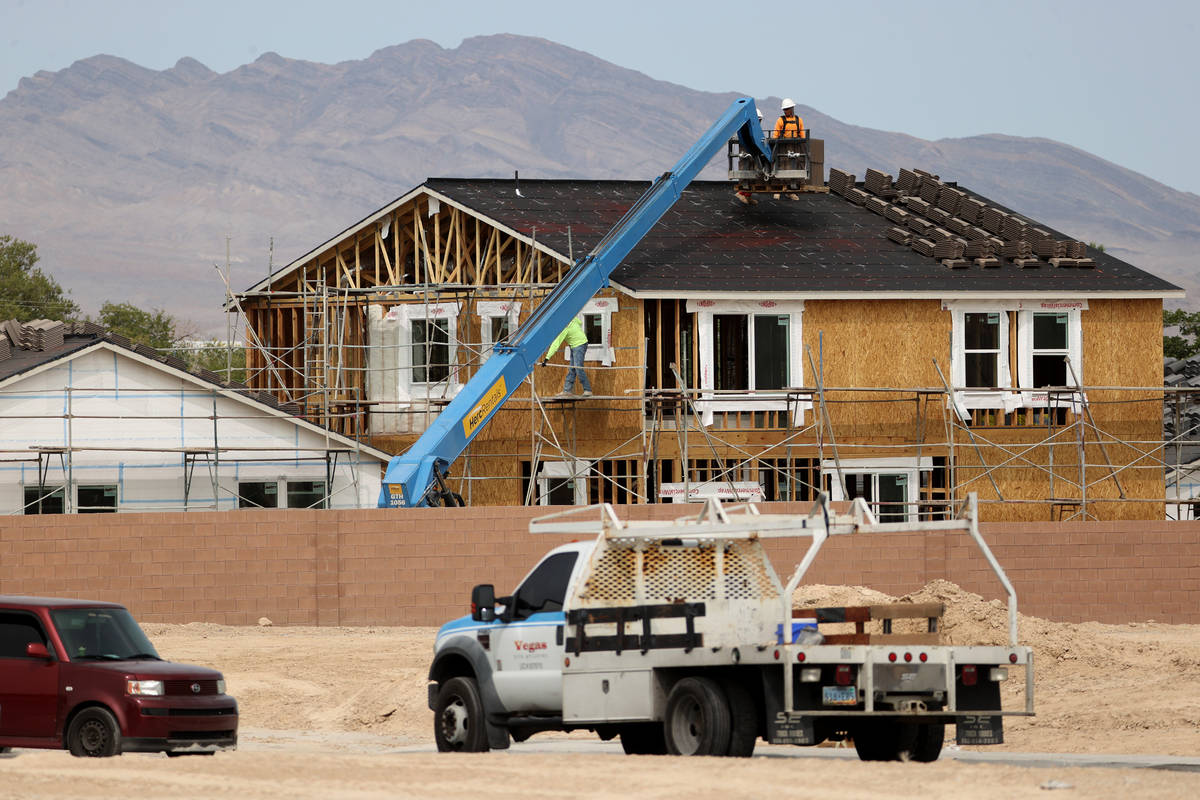 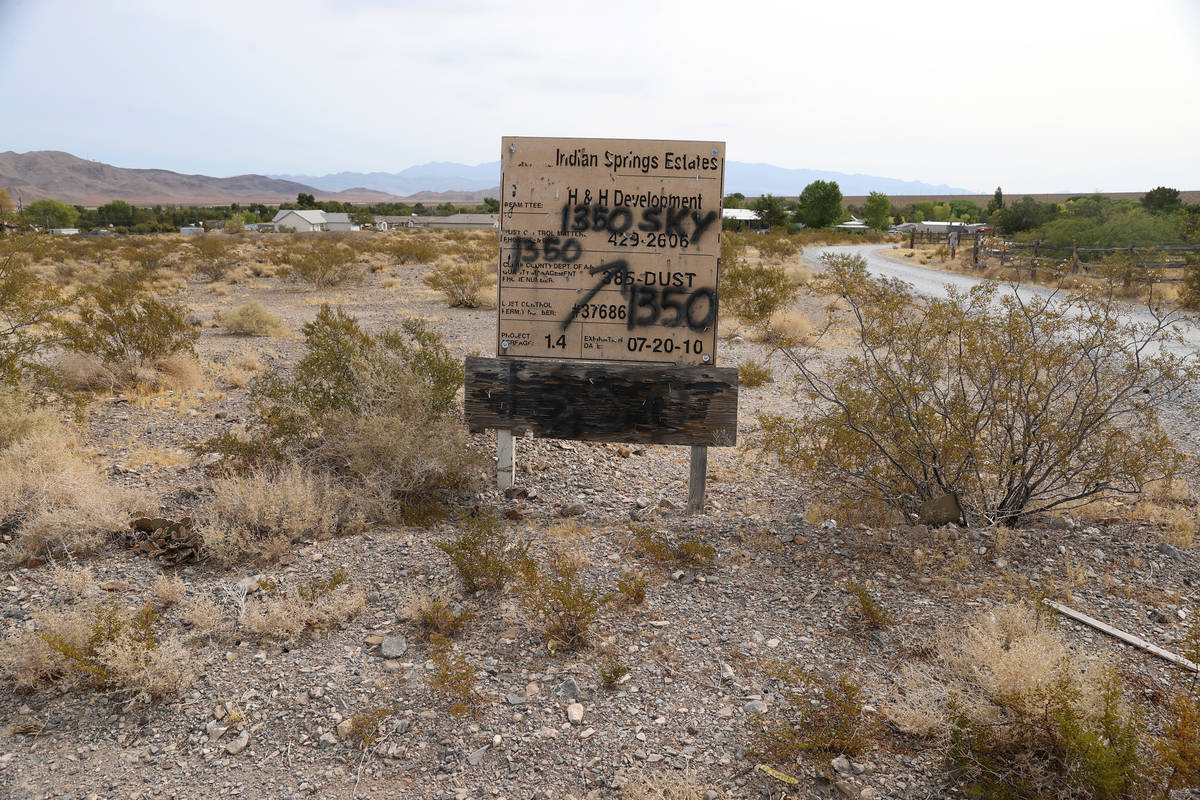 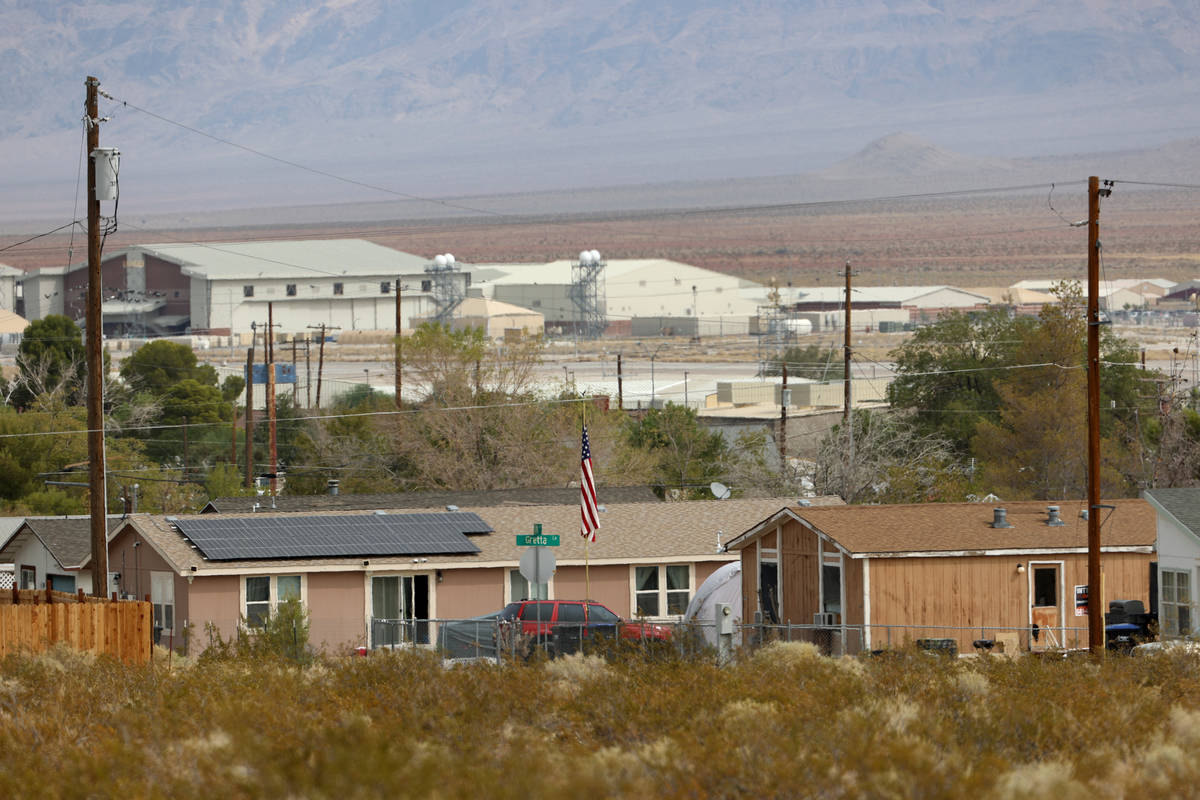 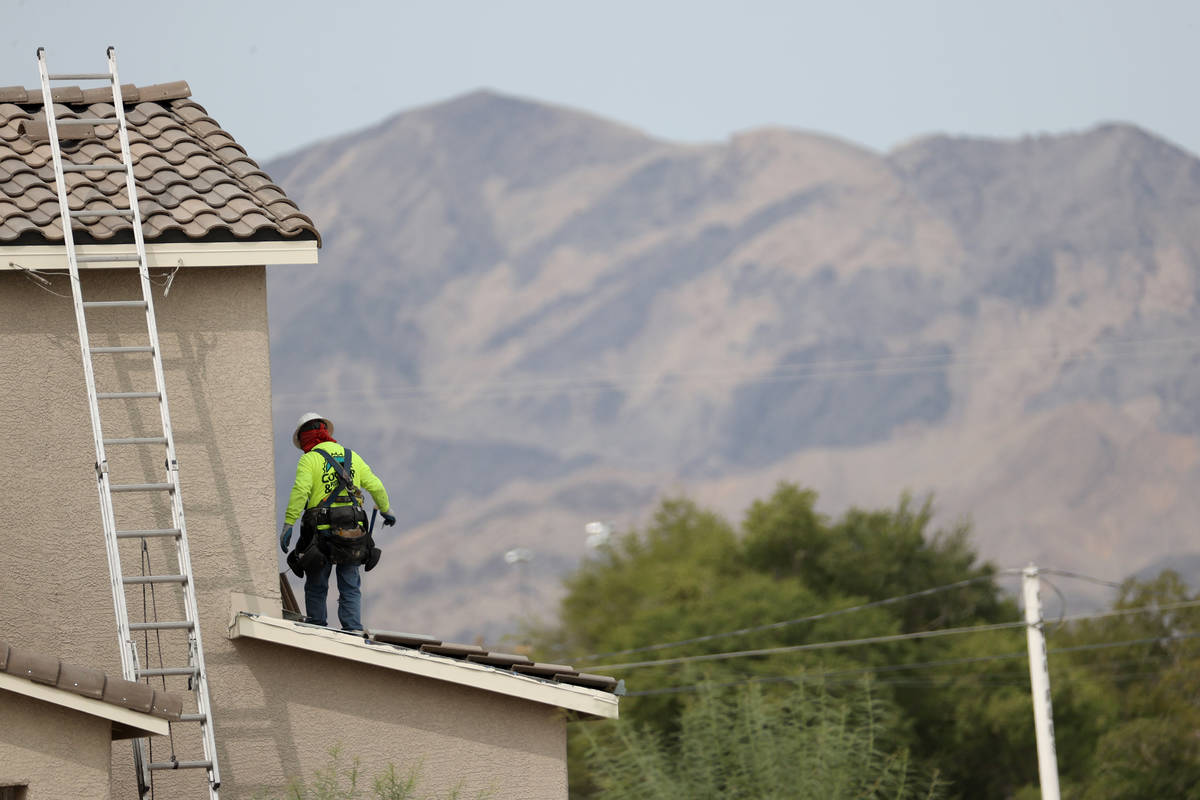 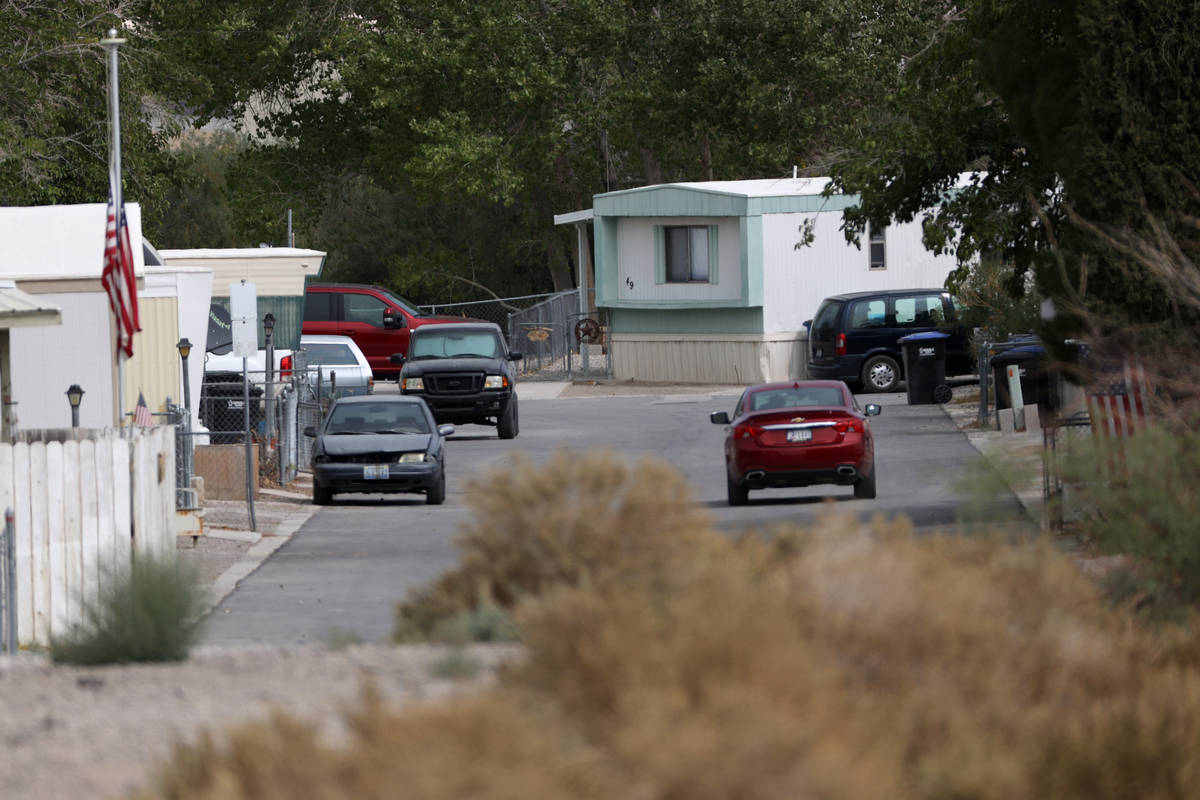 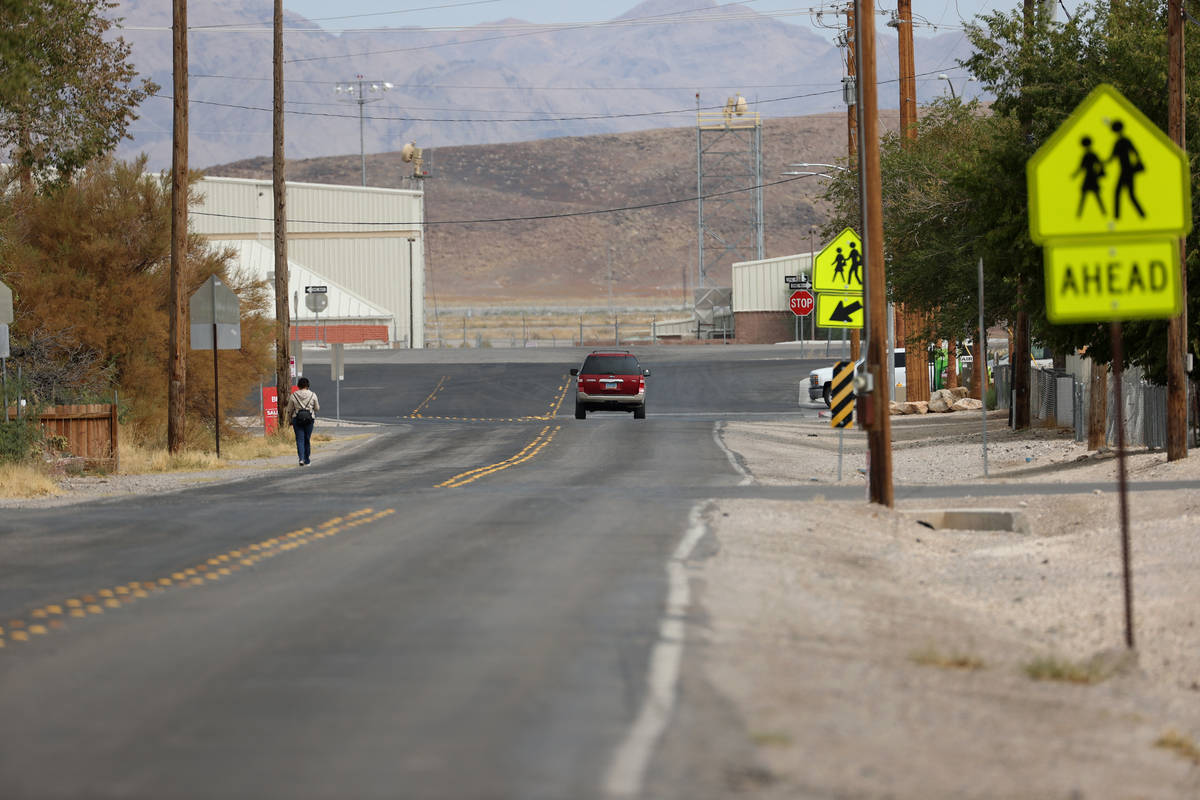 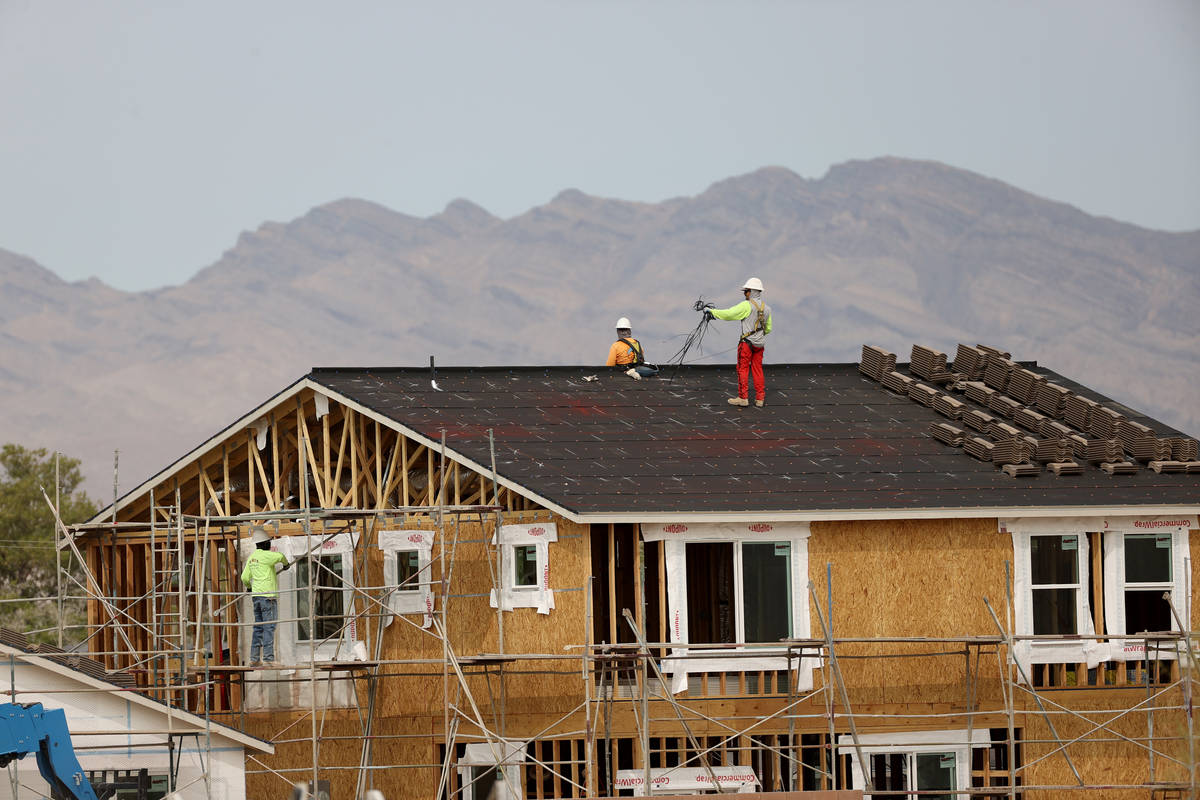 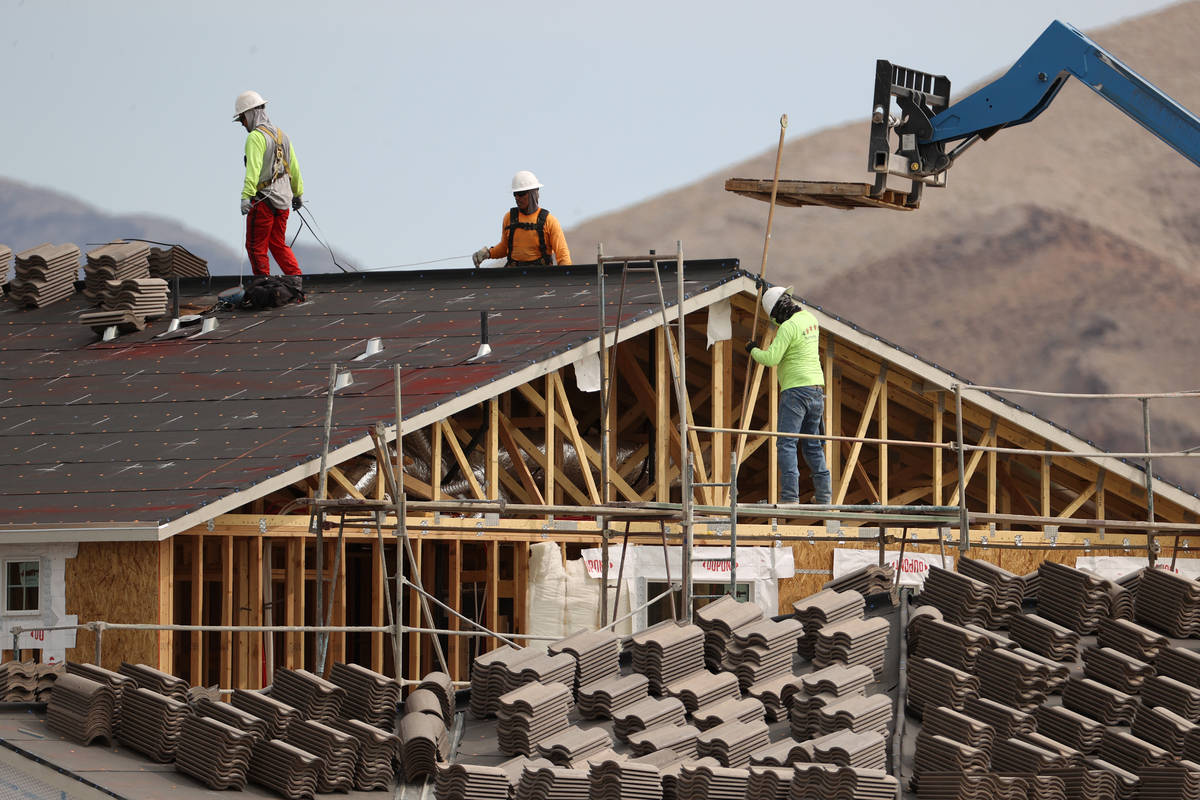 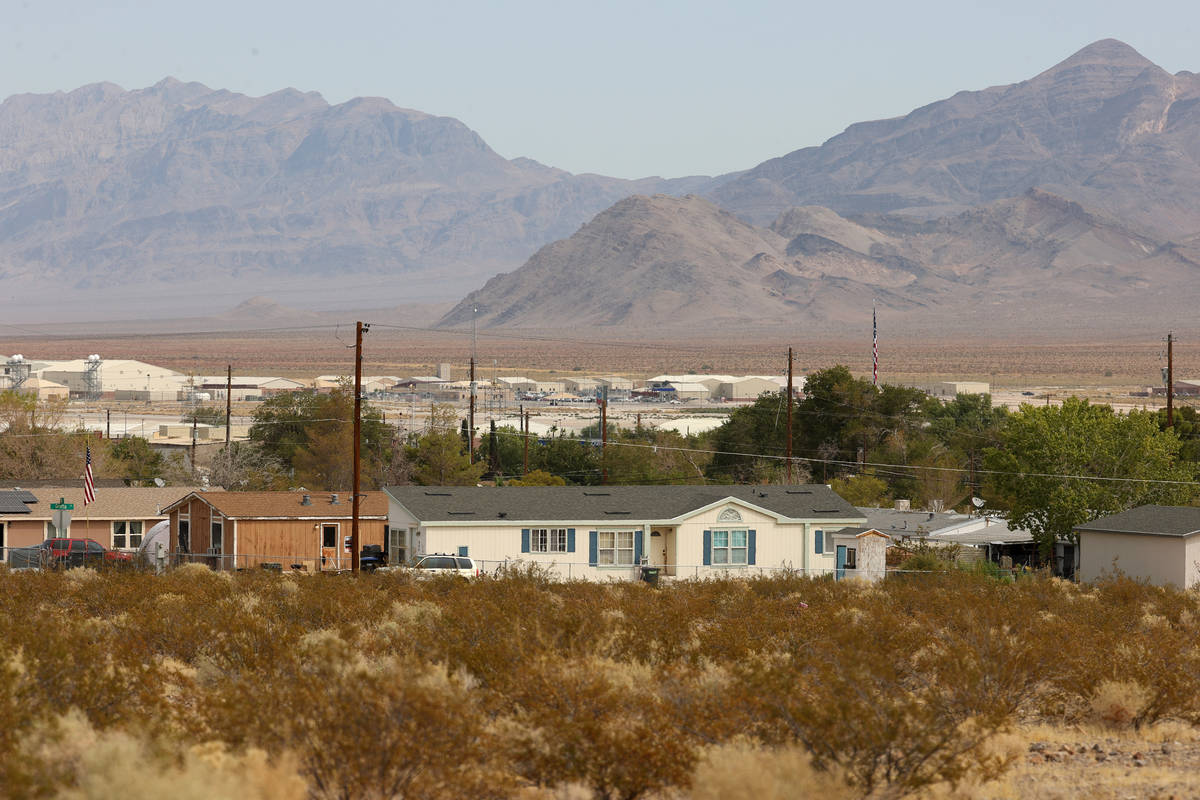 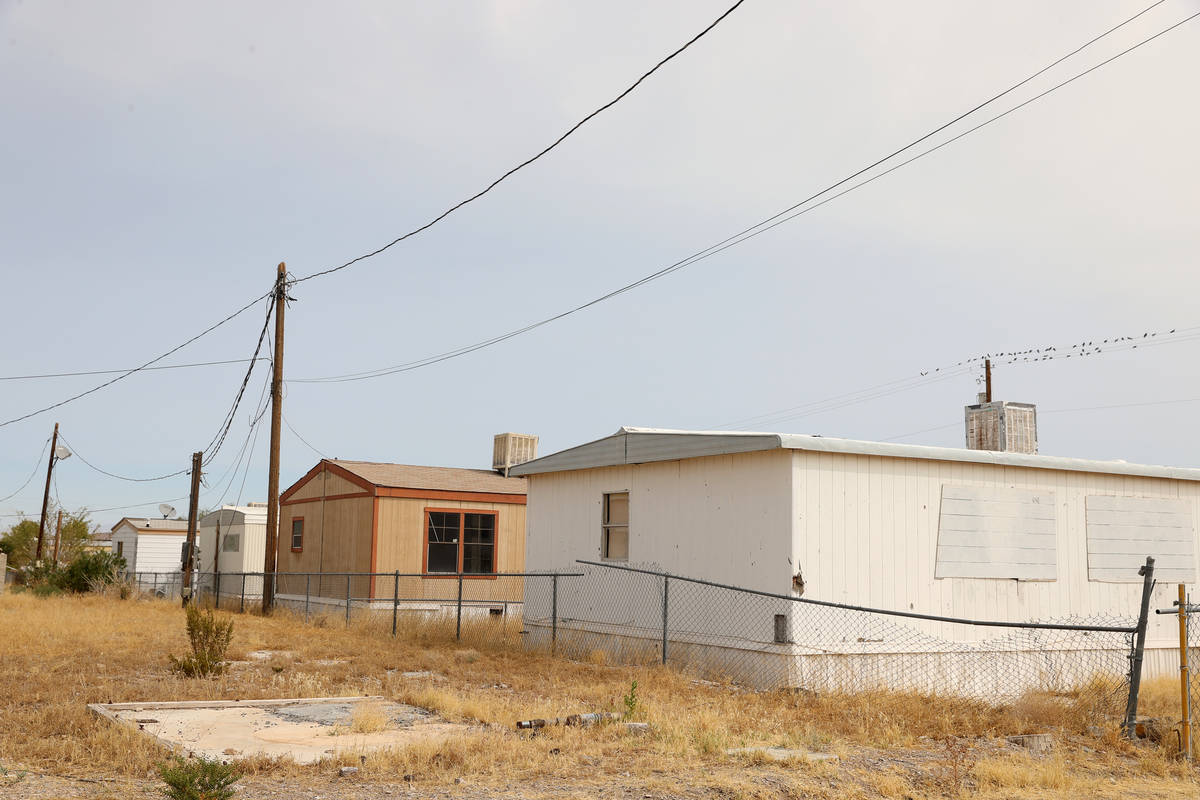 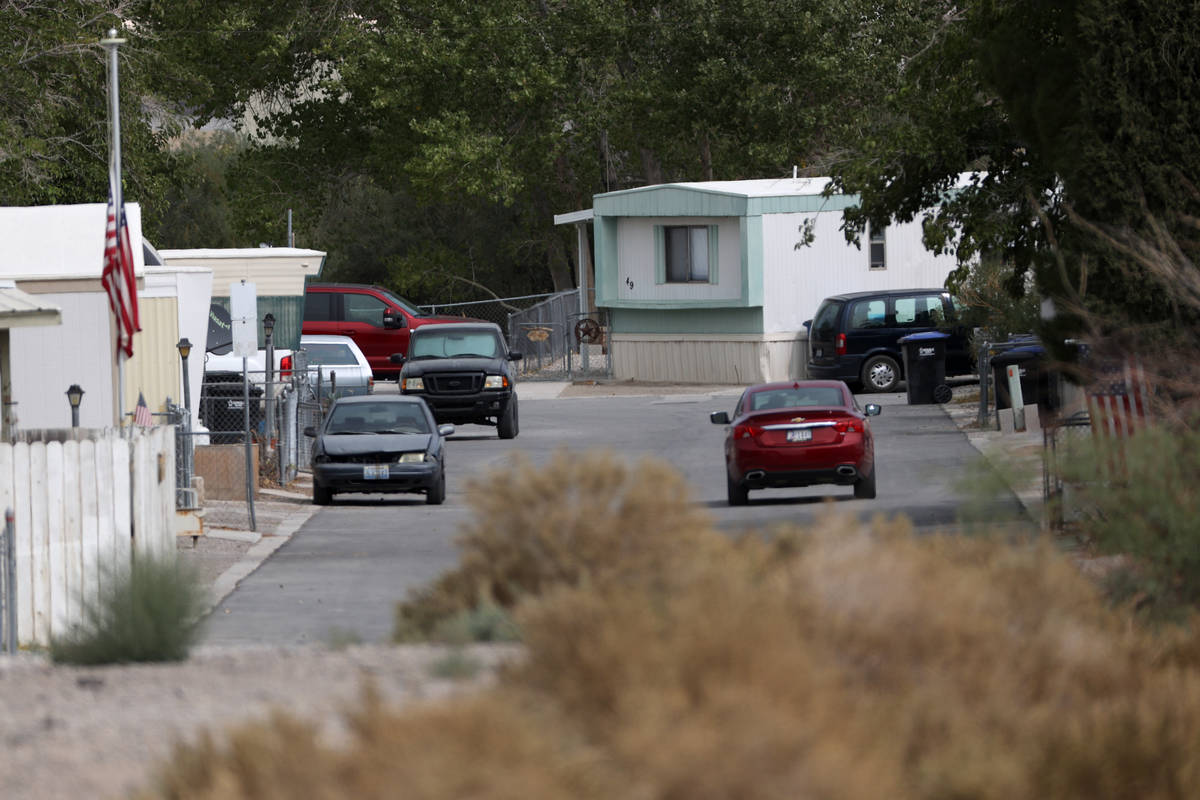 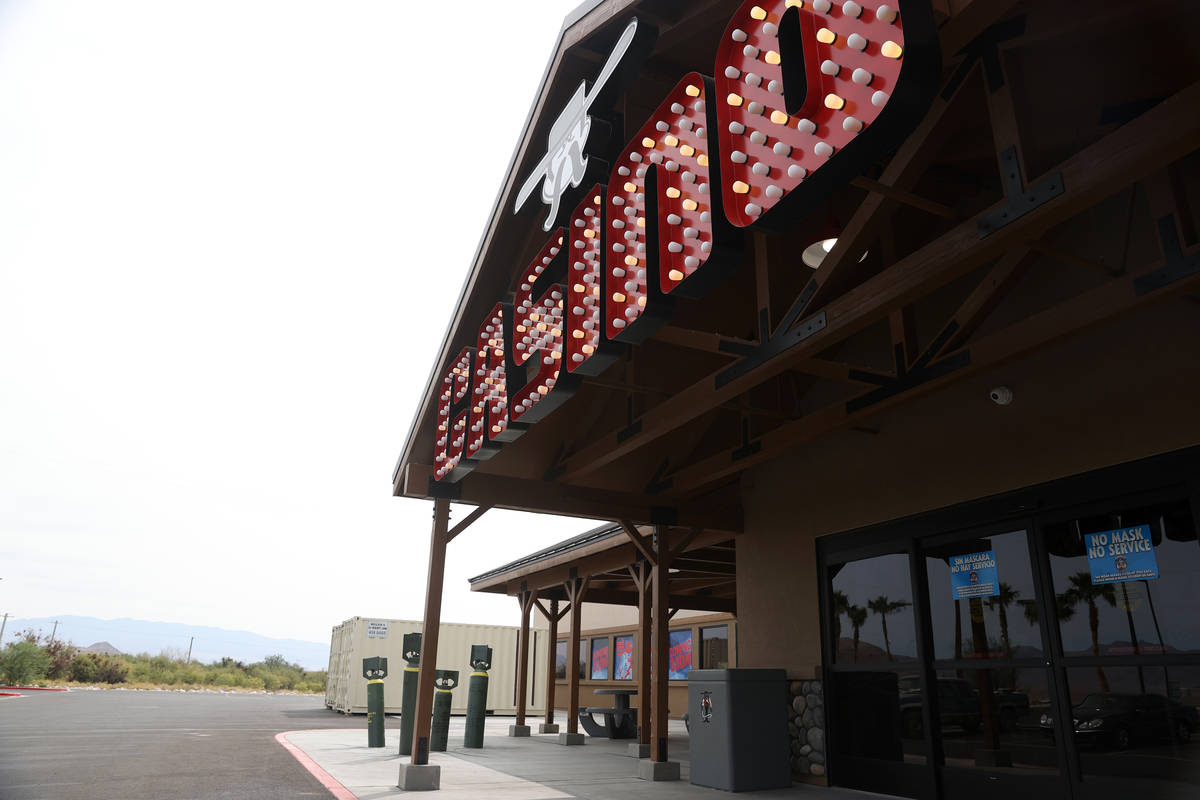 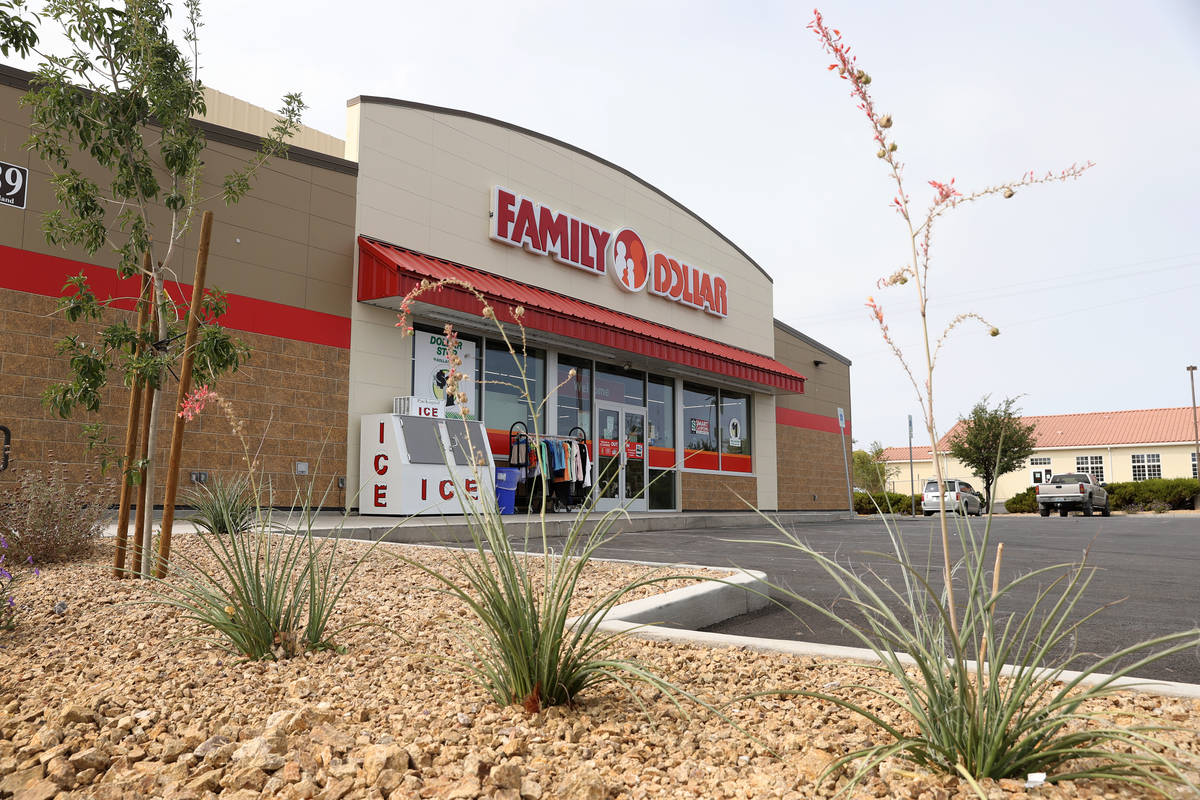 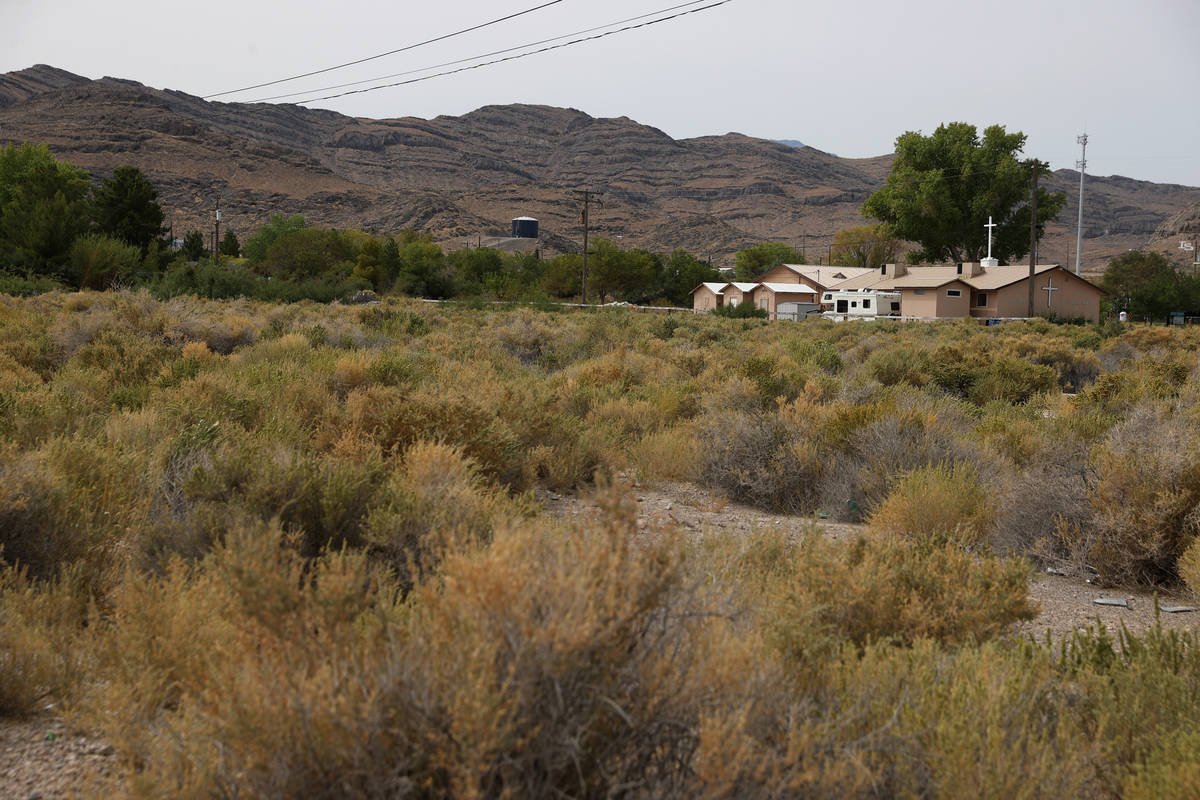 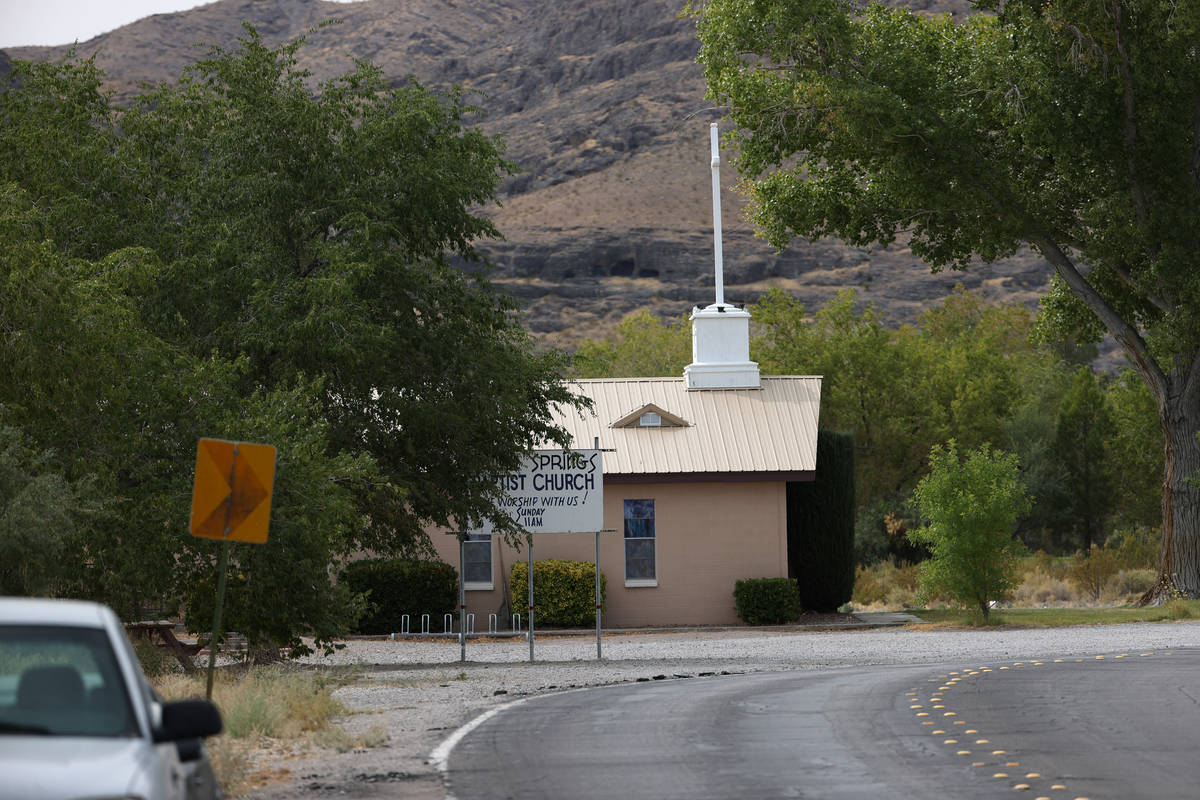 INDIAN SPRINGS — With construction raging in Southern Nevada in the mid-2000s and home prices soaring, a big builder set its sights on this rural town to provide cheaper options.

Beazer Homes bought a tract of land during the bubble days in Indian Springs, a quiet, pint-sized community, and filed plans to build a subdivision. Buyers were being priced out of Las Vegas, and suburban outposts were “the next growth opportunity,” a company official wrote at the time.

Today, after sitting on the land for years without putting up a single house, Beazer is finally building in Indian Springs.

The Atlanta-based homebuilder was scheduled to host a grand opening Saturday for its project here, Solaris, located on East Boulder Lane just south of U.S. Highway 95, some 45 miles northwest of the Las Vegas Strip.

Beazer is already building houses in Solaris, which is slated to feature 188 single-family homes “set against a serene desert backdrop,” a news release said. Prices start in the low-$200,000 range.

Homebuilders drew up big plans for rural areas an hour or so from Las Vegas during the bubble days, figuring people would put up with hefty commutes in exchange for more affordable houses. But the bubble soon burst, and many rural projects flopped with countless others in Las Vegas.

Home construction started gaining momentum in outlying areas a few years back, including in Indian Springs. Still, driving around town, this seems like an odd place for a suburban-style housing tract.

Indian Springs had just 991 residents as of 2010, the U.S. Census Bureau reported. The unincorporated town is packed with mobile homes and lacks medical offices, supermarkets, retail plazas and other services.

Still, locals live across the highway from a big pool of potential buyers: Creech Air Force Base.

There is no on-base housing at Creech, which boasts around 5,000 military and civilian personnel, said Capt. Scarlett Trujillo of the 432nd Wing Public Affairs office. The majority live in the Las Vegas Valley and commute.

A spokeswoman for Family Dollar’s parent company could not be reached for comment.

Terrible Herbst opened its convenience store in late June, and the casino soon followed, vice president of marketing Bryan Breeden said in a statement. A Big Boy restaurant is slated to open there in November as well.

Overall, business has been “respectable” at the property, Breeden said.

Beazer, which declined to comment for this story, bought the Solaris site in 2005, property records show. It wasn’t the only builder with plans here during the boom days.

Touchstone Living bought the remaining 40 lots in 2018 and has since sold all of its houses there, founder Tom McCormick confirmed.

Buyers included some retirees and “quite a few” who work at Creech but were commuting in each day, he said.

Prices hovered around $250,000, he noted. By comparison, the median sales price of newly built single-family houses in Southern Nevada in July was more than $399,000, according to Home Builders Research.

McCormick said he has thought about building another project here but wants to see how Beazer fares.

Las Vegas real estate broker Jack Woodcock, whose listings include the Oasis bar and restaurant in Indian Springs, moved to Southern Nevada in 1971. He was in the Air Force and had been transferred to Nellis Air Force Base but would go back and forth to Creech.

Woodcock noted that Creech has expanded over the years and that Indian Springs’ new commercial projects have a “positive impact” here, given the lack of services.

Still, he said, Indian Springs “was a sleepy little town” when he moved to the region.

“Not much has changed,” he said.