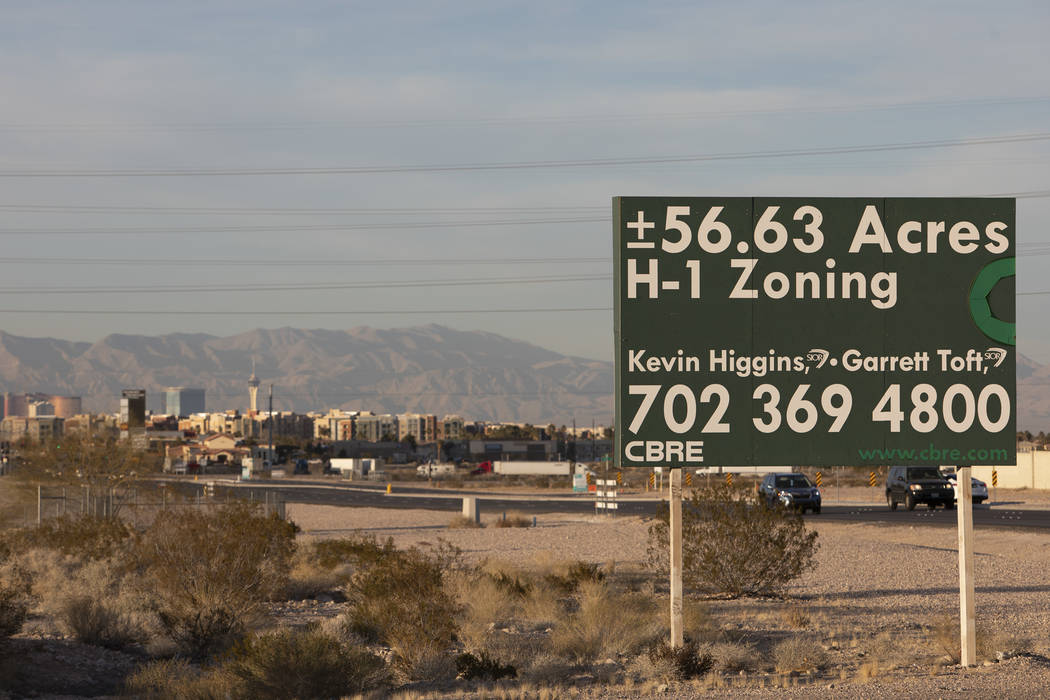 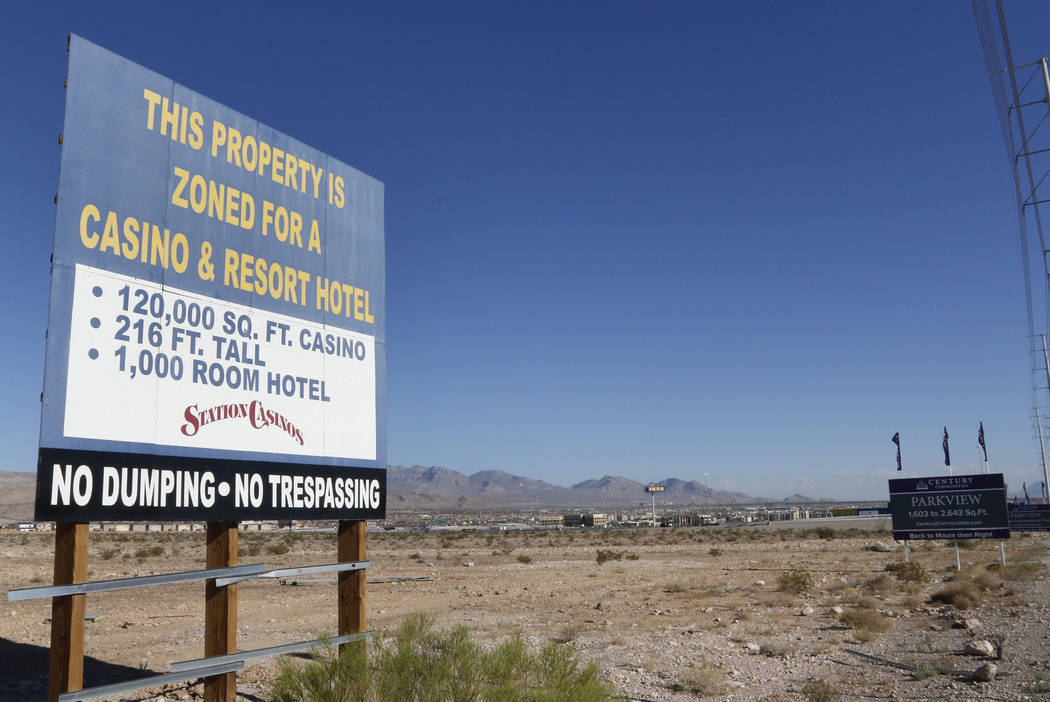 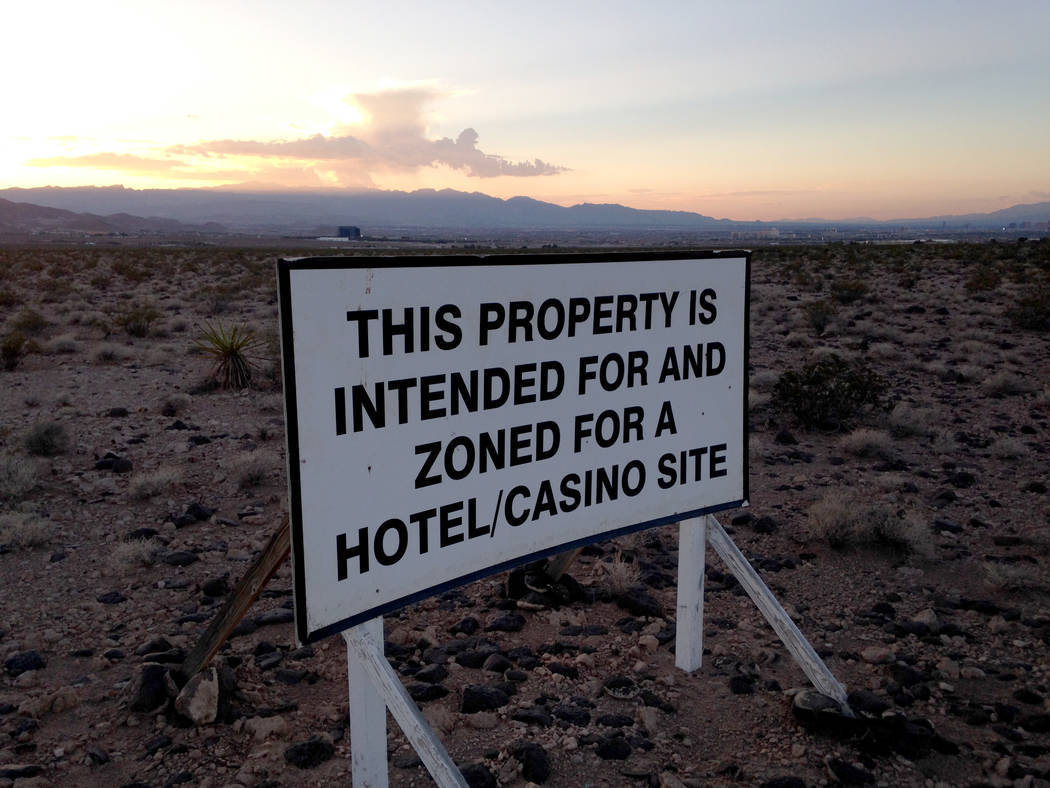 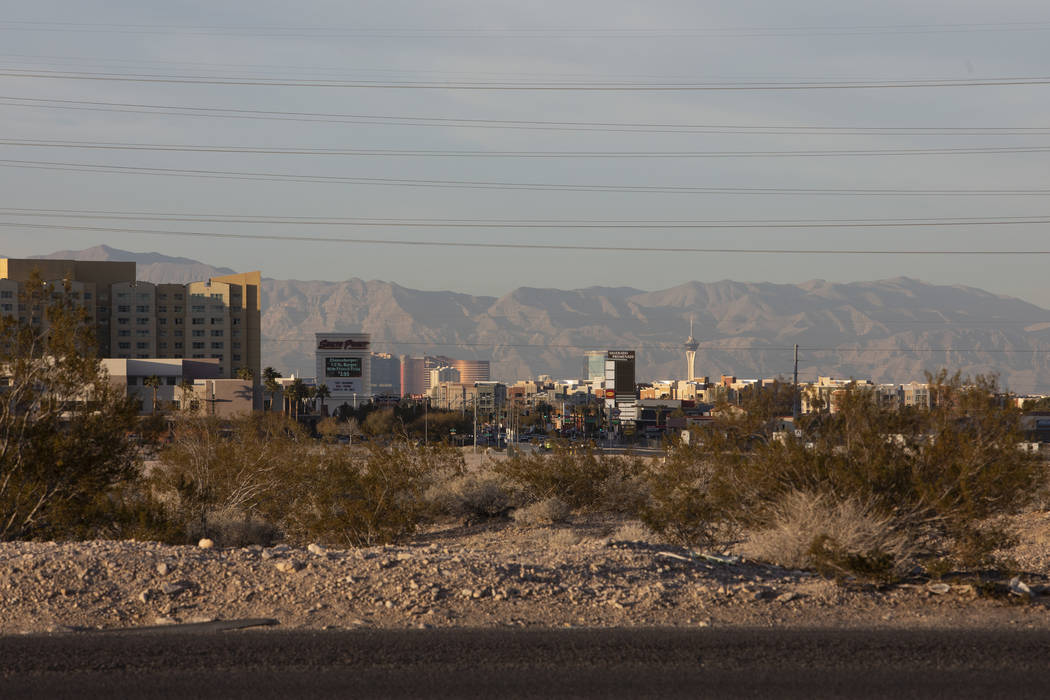 With construction picking up in Las Vegas, and land prices marching higher, Station Casinos wants to lighten the load.

The locals-focused casino operator gobbled up tracts of dirt around the valley before the economy crashed last decade for future hotels, and it bought another big chunk of desert a little over a year ago. Station never built out those parcels, and it has put some land on the market.

Executives said this week the company is looking to sell more.

Station — which owns around 380 acres of development sites in the valley — has “an unbelievable pipeline” of land and would look to sell properties that “we probably wouldn’t get to for a long, long time,” Frank Fertitta III, chairman and CEO of parent Red Rock Resorts, told analysts during a conference call Tuesday.

“We’re not saying that we’re going to liquidate” the “entire land portfolio,” added Rodney Atamian, executive vice president of strategy and development, but “the effort is underway” to figure out which parcels to keep or sell.

Proceeds would be used to pay down debt, executives said.

They didn’t say which plots would get listed, and there’s no guarantee Station would close any sales. But there could be strong demand, given the locations: One is close to the Strip, and others are in fast-growing parts of the valley.

Las Vegas-based Station — majority owned by Fertitta and his brother, Lorenzo Fertitta — has 105 acres of real estate on Tropicana Avenue near tourist-choked Las Vegas Boulevard; 71 acres at Durango Drive and the 215 Beltway in the southwest valley; 58 acres at Flamingo Road and Town Center Drive in Summerlin; and 57 acres at Las Vegas Boulevard and Cactus Avenue, south of the Strip, which has been on the market for some time.

It also owns 45 acres at Via Inspirada and Bicentennial Parkway in Henderson; 40 acres off U.S. Highway 95 in the upper northwest valley, which it bought in the fall of 2018; and 5 acres on the outskirts of downtown Las Vegas.

The company said it had no comment for this column.

It’s no surprise that Station’s big parcels remain empty. Megaresort construction has had a spotty track record coming out of the recession, and real estate pros often say they don’t expect another one in the suburbs anytime soon.

Still, the Durango dirt, if it goes on the market, could draw strong interest, as the southwest valley has probably been the fastest-growing area of Southern Nevada in recent years.

Meanwhile, Summerlin is one of the most popular places to live in Las Vegas, and homebuilders have also been plenty busy in Henderson’s Inspirada community and Las Vegas’ Skye Canyon community, where Station most recently bought land.

That being said, we still don’t know what Station’s asking prices would be — which, if they’re too high, could easily scare off developers — or whether the company is willing to break up its parcels into smaller pieces. In general, there’s bound to be a bigger pool of buyers for 10 to 20 acres of empty real estate than 60 to 70 acres.

We’ll find out soon enough whether Station sells land it’s been sitting on for years. If it doesn’t, just expect more of the same: Big tracts of dirt collecting dust.