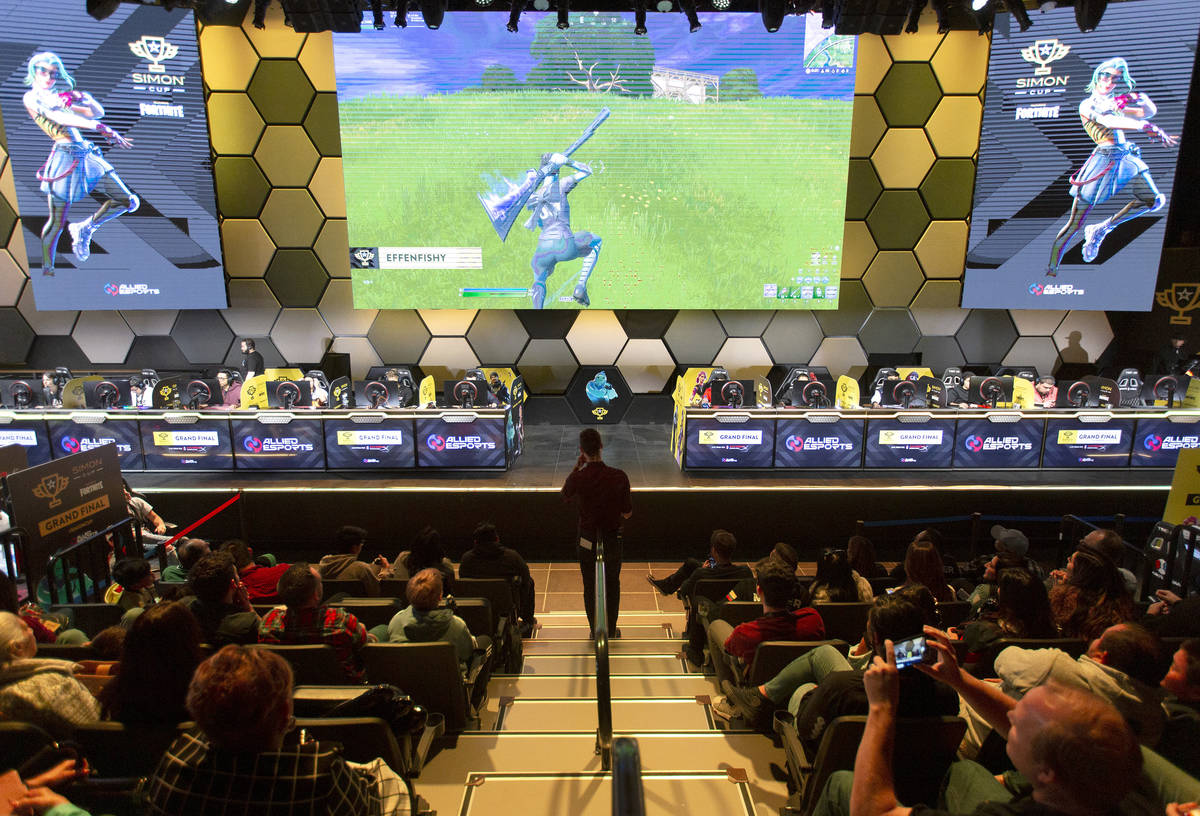 The Simon Cup tournament is in session on Saturday, Nov. 23, 2019, at HyperX Esports Arena at Luxor in Las Vegas. The tournament brought in 64 finalists to play Fortnite with a $50,000 prize. (Ellen Schmidt/Las Vegas Review-Journal) @ellenkschmidt_

Allied Esports Entertainment is exploring options for the company’s future, including possibly exiting the business and selling its HyperX Esports Arena on the Las Vegas Strip.

The company has enlisted Minneapolis-based investment banking firm Lake Street Capital Markets to advise the company on what to do with its esports business, including a potential sale, company President and CEO Claire Wu told investors on a Monday earnings call.

She said the Irvine, California-based entertainment company has started to “accelerate” its plans to explore a potential sale, now that it has completed the sale of its former World Poker Tour business for $105 million to Element Partners, LLC.

Esports’ popularity growth during the pandemic has outside companies interested in Allied Esports, Wu said. Allied Esports hasn’t identified a buyer and isn’t currently negotiating a sale. However, she said, the company is assessing its options and future business model.

Those options include selling one or more of its esports assets, including the 30,000-square-foot HyperX Esports Arena Las Vegas at Luxor, or the esports business as a whole, company spokesman Brian Fisher said in a Monday evening email.

The arena was viewed as the potential crown jewel of Allied Esports upon its opening in 2018. However, the HyperX arena’s average customer is 16, not yet old enough to order a drink or play the slots. A panel of esports experts at a recent gaming exposition criticized the arena for a lack of programming and follow-up investment after its initial launch.

“We’re not kind of boxed in to have to do a particular deal under a particular timeframe, and then have to do it under poor economic deal terms,” Chief Financial Officer Tony Hung added on the call.

Set for a shift

Allied Esports intends to use its cash from the poker tour sale and any esports sale for a shift to online entertainment, real money gaming or other gaming sectors, Wu said. She added that going forward the company isn’t married to any one industry or geographic location, and that its ideal target company would have a proven business model and an experienced management team.

Wu’s predecessor, Frank Ng, first announced in January that Allied Esports had reached a deal to sell the poker business and that the company was considering an esports sale.

The World Poker Tour sale closed on July 12. Ng resigned as CEO the next day. Wu, who joined the company’s board of directors on May 6, filled the vacancy.

Allied Esports generated $824,609 in revenues during the second financial quarter, spanning April to June, compared with $620,462 in the same time last year. In-person revenues accounted for $670,886 of its quarterly total.

Shares of Allied Esports, traded as $AESE on the Nasdaq, fell 2.91 percent to $2 at close.