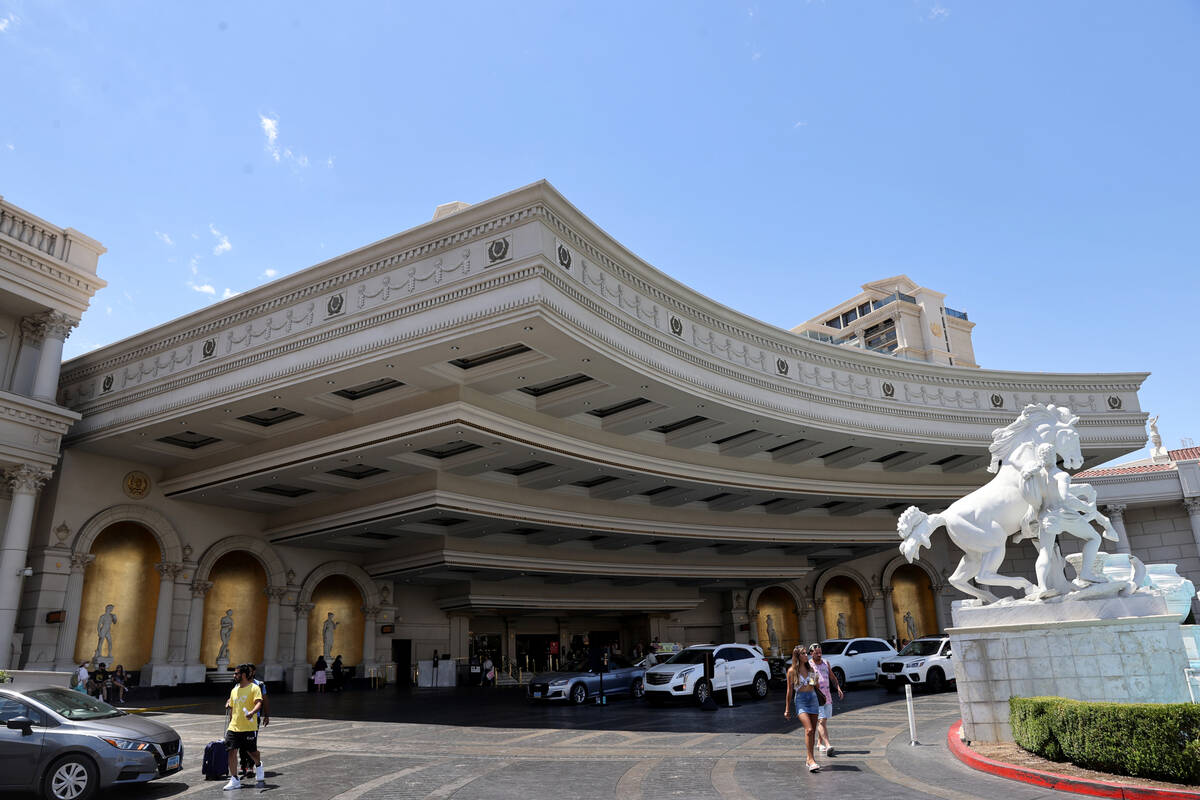 The porte-cochère is seen at Caesars Palace on the Strip in June 2021. (K.M. Cannon/Las Vegas Review-Journal) @KMCannonPhoto

Caesars Entertainment is getting closer to selling off one of its Strip properties, company CEO Tom Reeg said Tuesday.

The company said in August that it planned to sell one Strip property sometime next year, but Reeg bumped that timeline up slightly Tuesday.

“You should expect us to put that into motion in the early part of (2022),” Reeg said Tuesday during a call with investors.

When Eldorado Resorts announced in 2019 that it was acquiring Caesars, Reeg said that he anticipated that the company would “be a seller of a Strip asset.” But the COVID-19 pandemic delayed the company’s plans as it waited for the hard-hit gaming and tourism markets to rebound.

Waiting to offload a property likely hasn’t been a bad thing, given the price that Strip casinos have sold for recently. The Blackstone Group in September announced that it was selling The Cosmopolitan of Las Vegas for $5.65 billion — nearly $4 billion more than its 2014 purchase price. And in July, MGM Resorts International announced that it was buying out its partner in CityCenter for $2.1 billion to gain full ownership of the Aria and Vdara resorts before then selling the two hotels to Blackstone for $3.9 billion in a leaseback deal.

“The playing field has been cleared with the Cosmo and Aria trades,” Reeg said. “We should encounter pretty robust demand for a center-Strip asset that frankly may be one of the last to trade for quite some time.”

That sale would be part of the company’s larger goals for 2022 to be a “massive cash generation and deployment year for the company,” Reeg said. The company expects its sale of its William Hill non-U.S. assets to close during the first quarter of 2022, a deal that would bring in about $1.2 billion in net proceeds for Caesars.

Overall, Reeg said the company expects to have “in excess of $5 billion in cash” to deploy in 2022. Some of that will be spent on their digital business and capital projects, “but the vast majority of that is going to go to pay down debt,” Reeg said.

The company expects to be able to push almost half of its conventional debt off of its balance sheet by the end of next year, which will lower its cash interest expense by $300 to $400 million a year, Reeg added.