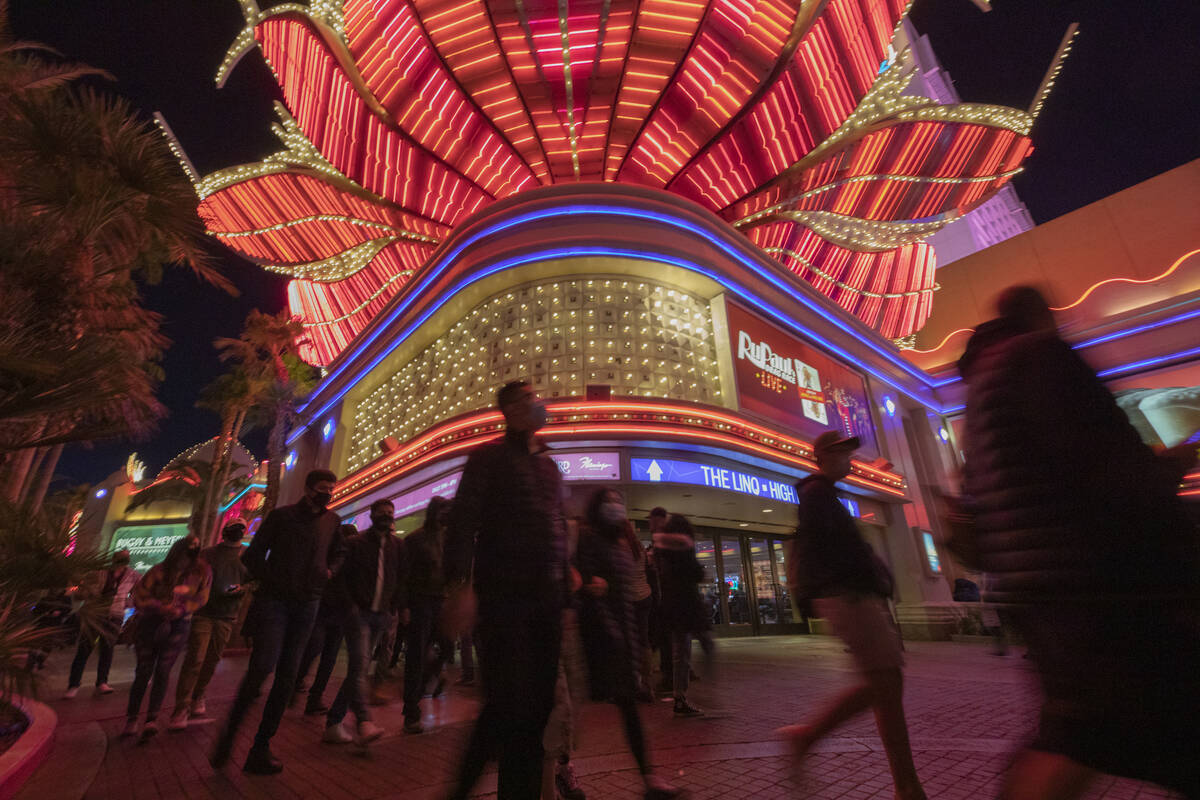 Caesars Entertainment Inc. has started the process to sell one of its Strip casinos, but the company did not say which one.

This is not the first time the Reno-based company has talked about selling a Strip asset. It was brought up in February and even earlier when Eldorado Resorts announced it was acquiring and merging with Caesars in 2019.

“You shouldn’t expect us to give you a play-by-play,” Caesars CEO Tom Reeg said Tuesday, during the company’s first quarter earnings call. “Know that it is in motion and governed by the documents that govern our Vici agreement.”

Securities filings show Vici Holdings has the right of first refusal on the first two Strip properties Caesars intends to sell. The first asset subject to the agreement would be from a group that includes Flamingo, Paris Las Vegas, Planet Hollywood Resort and Bally’s.

Reeg said the process to reach a definitive agreement regarding its Strip sale is expected to be reached in the middle of the summer.

Meanwhile, monthly hotel occupancy levels have consistently grown at its Las Vegas properties — a sign travel is rebounding after the year started with a surge in omicron cases.

“Omicron was really kind of a wet blanket around the entire business for the bulk of January, into February,” Reeg said. “It was really right before the Super Bowl that events changed with the virus and we saw a surge in visitation.”

He said occupancy levels in Las Vegas were 75 percent in January, 81 percent in February and a higher-than-expected 91 percent for March. He also shared that April numbers were even higher, adding that it expects second quarter results to be strong.

“April was the single largest month in the history of the Caesars organization for cash room revenue. Occupancy was just under 97 percent and rates up a little over 40 percent year-over-year,” Reeg said, adding that he expects to break the record again this month.

Its convention business is also showing promise thanks to its Forum Convention Center.

Caesars President and Chief Operating Officer Anthony Carano said the center has 150 future events booked with more than 1.3 million room nights and over $500 million in revenue. And more than 70 percent of the contracted business is new to the company, Carano said.

While the Vegas market has been strong, the Reno-based company saw its losses widen overall during the three months ending March 31, compared with the same period a year earlier. It posted a net loss of $680 million, after a net loss of $423 million in the first quarter of 2021. Operating expenses reached $2.3 billion in the first quarter, up from $1.58 billion for the same period a year earlier.

The company shared that it cut about $250 million from its marketing budget for promoting its sports betting product Caesars Sportsbook, which launched in August.

Reeg said despite the marketing cuts it has “seen no degradation in the (sports betting) handle share.”

Caesars expects losses in its digital business to subside as it gets out of the launch stage and into preparations for the 2023 football season.

“We’re bolstering our customer service capability our technology and payments capability so that we’re ready for the next football season,” Reeg said.