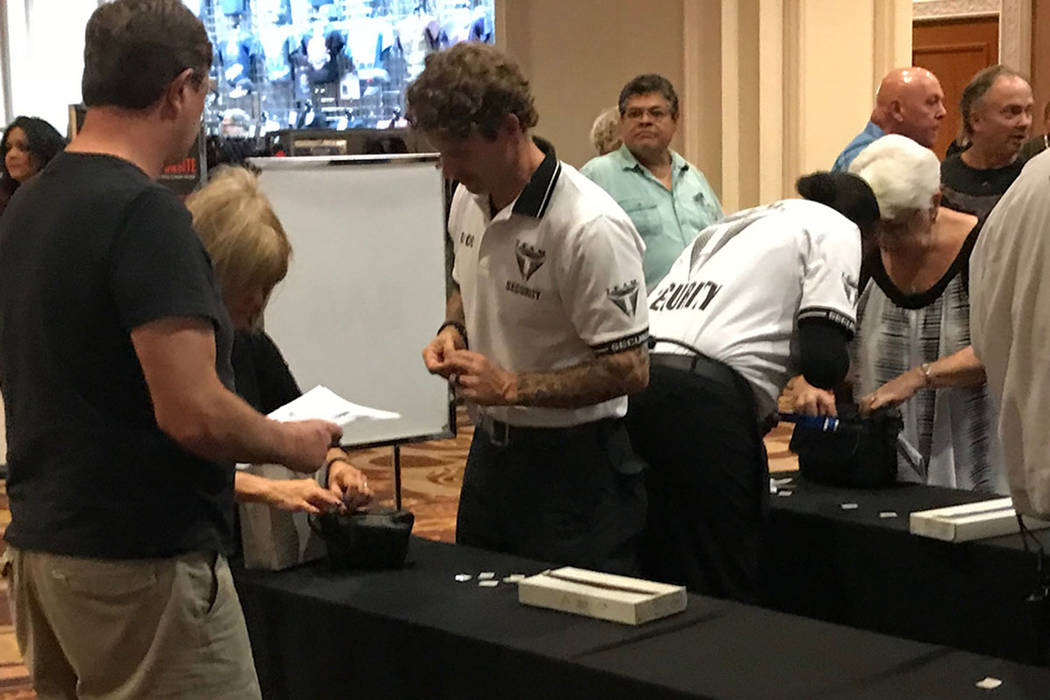 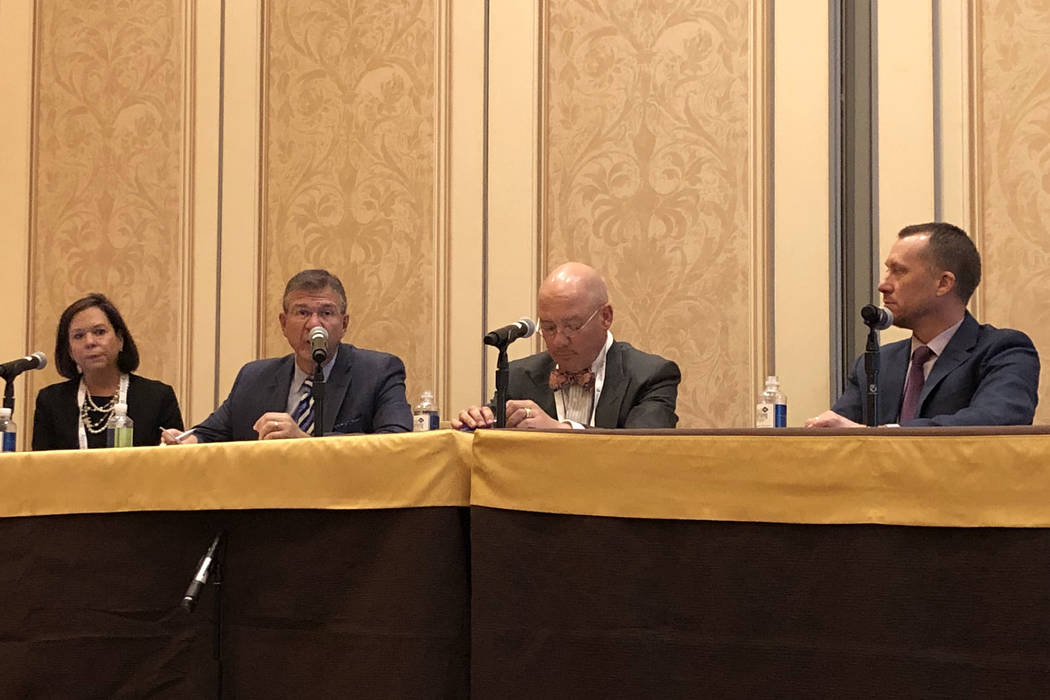 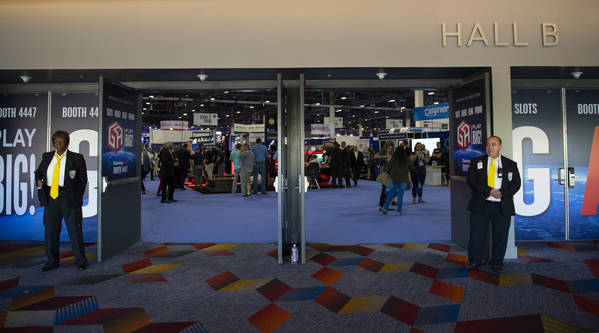 But he said tourists are demanding more visible signs of security at Las Vegas Strip hotel-casinos.

“No one knows what a terrorist looks like,” Lombardo said at a Thursday lunch event for the Las Vegas Hospitality Association.

“Stephen Paddock didn’t look like a terrorist,” he added, referring to the gunman who opened fire on crowds at the Route 91 Harvest festival on Oct. 1, 2017.

One year after the mass shooting, security management is still at the forefront of casino officials’ minds at the 2018 Global Gaming Expo.

“It’s on the minds of everybody in light of the terrible events last year,” said Timothy Donovan, executive vice president and general counsel at Caesars Entertainment. “It made everybody step back and look at their security protocol, their security personnel and their security standards.”

Donovan said several steps have been taken to improve security at casinos across the globe, but it’s “something you have to look at continuously. You don’t want to become complacent.”

Increasing security visibility is one measure seen across the Strip, including the G2E conference.

Donovan said the increased K-9 use has been an “effective tool” for casinos across the Strip.

“Our guests seem to like it,” he said. “It makes them feel secure, and they do a great job, frankly sometimes much better than some of the technology can provide.”

Metropolitan Police Department Capt. John Pelletier advised hotel-casinos to consider security budgets more than a cost. He encouraged hotels to prepare go bags of flashlights, access keys and current maps; train employees to lead law enforcement through tunnels and the bowels of the buildings; and invest in cameras at the cages that are just as good as the ones looking at players’ cards.

Dave Logue, president of Las Vegas Security Chiefs Association, told a crowd that he predicts bag screening in hotel-casinos “in the near future.”

He noted that nightclubs added screenings about two years ago. One club did it, customers felt safer, and the practice spread from there, he said.

“All it takes is one property to do it and do it right,” he said. “Everybody else will fall in line.”

At his lunch event at the Aria, Lombardo stressed the importance of “see something say something.”

Paddock brought 20-plus bags into Mandalay Bay carrying firearms and ammunition, but told inquisitive staffers the bags were for a family reunion, Lombardo said.

He advised property owners to communicate with convention organizers about unusual equipment that will be stored inside hotel rooms. He recalled how in October 2017, a staffer mistook a small beer-making kit for a meth lab.

Lombardo also said he is encouraged hotel-casinos to add more private security on site, including security officers with dogs.

“You have to ensure that you are just as concerned in the security space as you are in the customer experience,” he said.