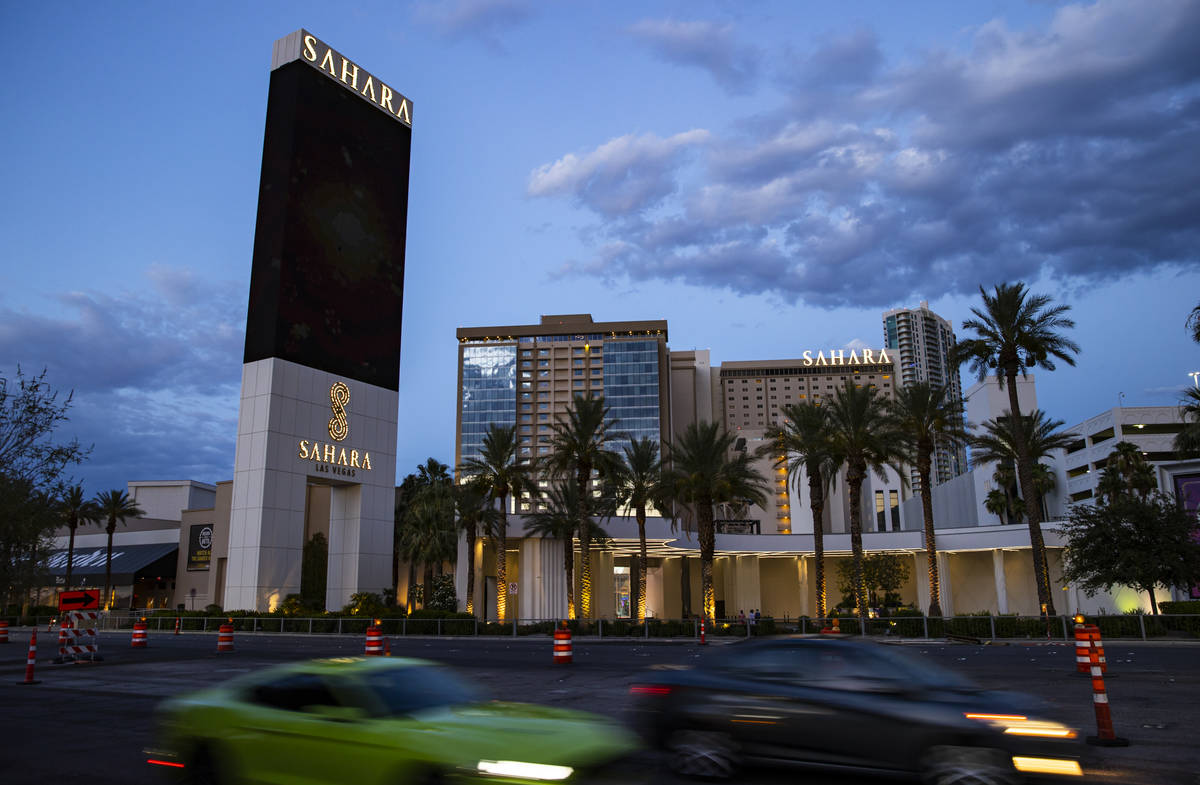 The Nevada Gaming Commission issued a mixed bag of punishment to casino companies across the state for failing to abide by Gov. Steve Sisolak’s efforts to keep the coronavirus under control.

Gaming commissioners affirmed $135,000 in fines ranging from $5,000 to a small restricted operation with eight bartop slot machines to $75,000 for two properties operated by The Meruelo Group — the Strip’s Sahara property and Reno’s Grand Sierra Resort.

The fines aren’t necessarily a burden but send a message that these protocols are to be taken seriously, said Brandon Bussmann, director of government affairs for Las Vegas-based Global Market Advisors LLC.

The Nevada Gaming Control Board, which regulates the more than 1,000 gaming licensees statewide, began alerting operators to Sisolak’s Declaration of Emergency dated March 12 and issued operational guidance shortly after: There could be no more than three chairs at each table game; each gaming machine had to be cleaned and sanitized at least once every two hours; patrons could not serve themselves from buffets that remained open; and the gaming floor and other public areas of a licensee’s property had to operate under the latest social distancing guidance from Nevada’s medical advisory team. An update on June 17 required all casino visitors and employees to wear protective face coverings, among other additional requirements.

The gaming regulator complaints against the casinos ranged from violations regarding social distancing to mask wearing.

The complaint against the SB Gaming, doing business as the Sahara in Las Vegas, which was filed Aug. 3, said an agent saw three non-players standing between players at a craps table, one non-player standing between seated players at a blackjack table and five non-players standing around a slot machine patron. The complaint also said 135 people attended a luncheon at one of the Sahara conference rooms in violation of rules limiting the maximum number of people gathering at 50.

The complaint was combined with another against MEI-GSR Holdings LLC, doing business as Grand Sierra Resort, Reno, another Meruelo Group location. They were jointly fined $75,000 for violating social distancing and mask-wearing protocols.

“I think this is new territory for the Gaming Commission in looking for something we didn’t necessarily expect nine months ago,” Bussmann said.

“The attorney general’s office in effect said, ‘Guys, we’re taking this seriously, we know it’s a learning curve for everybody but as the governor said, this is an enforcement era as opposed to an education era and down the way, you might see more severe fines than what were levied today,’” Bussmann added.

■ C.O.D. Casino Corp., doing business as the Cod Casino in Minden, filed on July 24. The two-count complaint arose from an anonymous tip from someone complaining that the casino was not enforcing state directives on wearing masks. An agent met with an executive who wanted a statement that patrons drinking and smoking had to have a mask. The executive said he had informed managers of the potential violation, but hours later, the agent returned to the casino and saw customers playing slot machines without masks or not wearing them properly. Scott Tate, president of C.O.D., signed the stipulation Aug. 31. The company was fined $30,000.

■ Hotel Nevada & Gambling Hall Ltd., Hotel Nevada, in Ely, filed July 28. The three-count complaint said that during an inspection, three employees and three customers either were not wearing or were improperly wearing masks. A reinspection later in the day found four customers not wearing masks. Curt Wegener, president of Waldman, signed the stipulation Sept. 8. The company was fined $10,000.

■ Waldman Investments, doing business as Incline Bowl in Incline Village, filed on July 28. The one-count complaint indicated that bar-top slot machines remained in play in violation of orders that they be shut down. The company was fined $5,000.