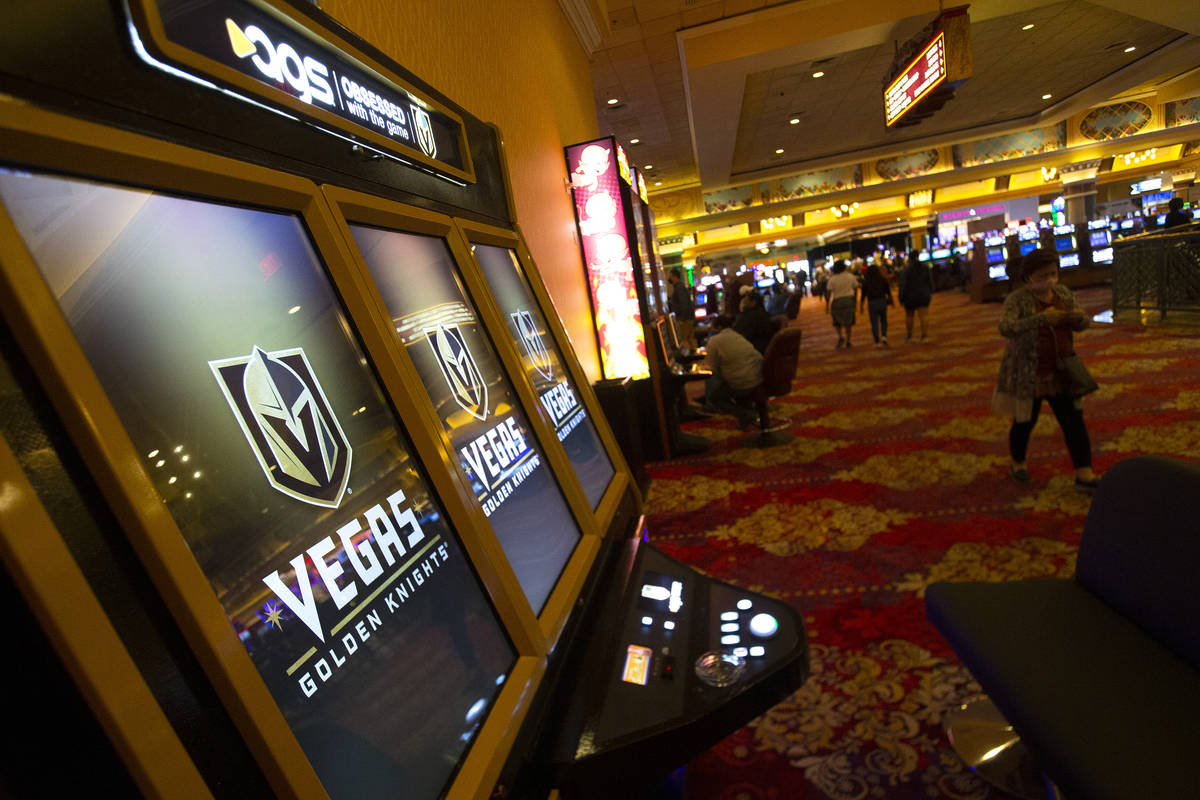 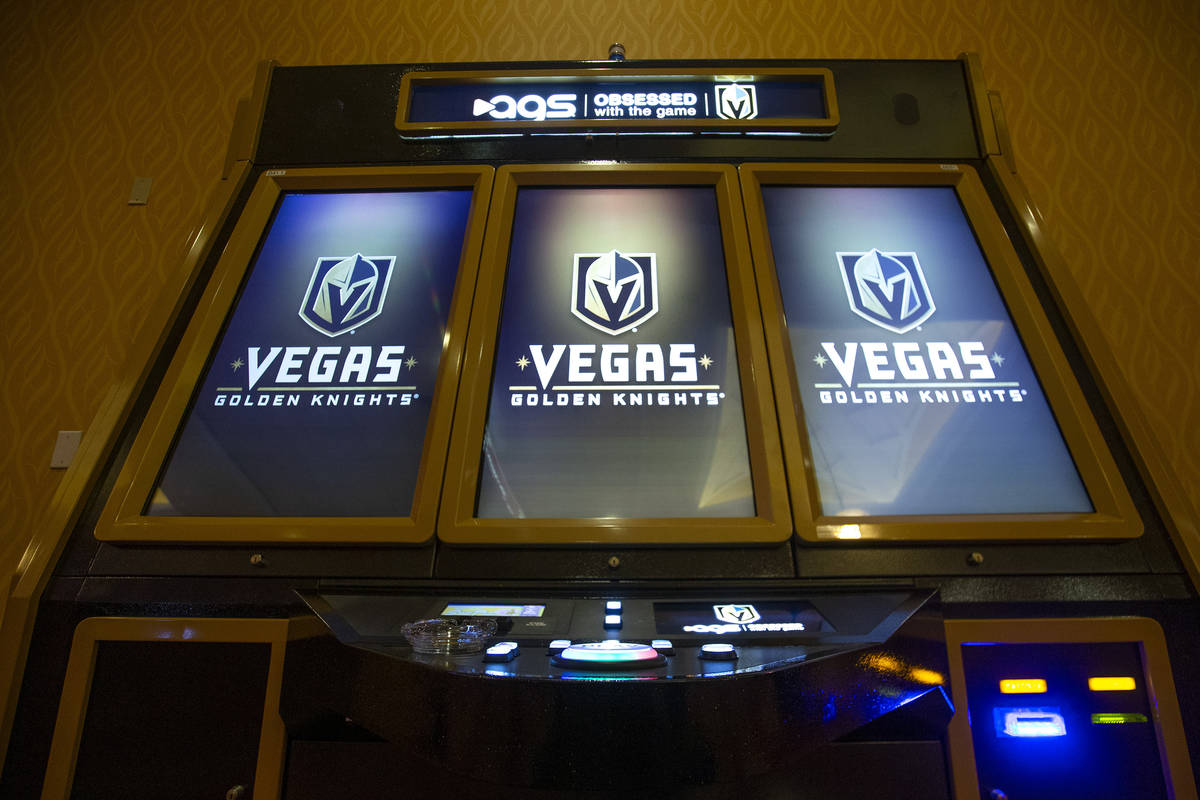 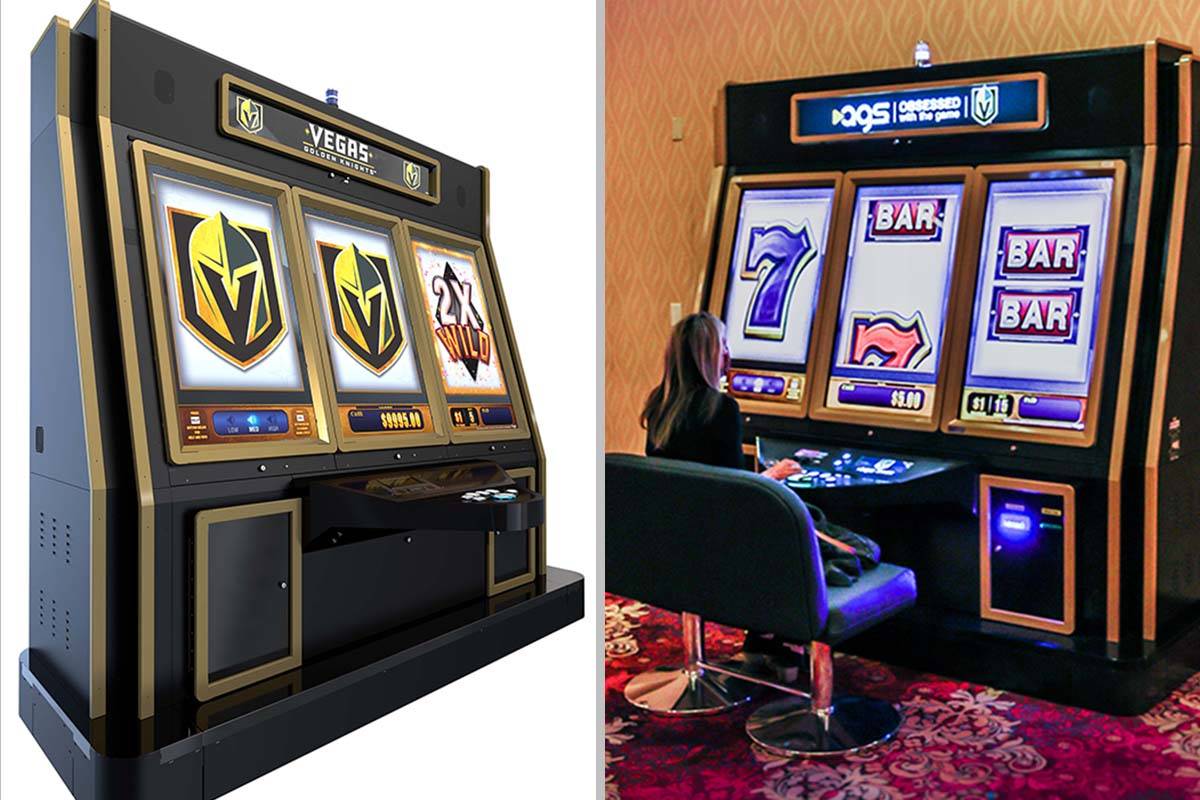 The Knights-themed machine was created after its maker AGS signed a license agreement with the National Hockey League, allowing the Las Vegas-based company to create NHL-themed slot games and table products in the U.S. and Canada. The Golden Knights-themed machine, which debuted on April 22, is the first in the collection.

The slot machine is 8 feet tall and 8 feet wide, taking up the space of three standard slot games, and comes with a seat built for multiple players.

South Point is the first casino to unveil the slot game, according to a Tuesday news release. Cliff Paige, director of slot operations at the property, said he expects the game to do “very well” since it offers community-style play and acts as a fun backdrop for social media posts.

The game, which is located just outside Big Sur Oyster Bar, is the second slot machine of its size at South Point. Paige said it’s been a hit with customers so far.

“This thing is a monster. … People flock to it,” he said. “We’re primarily a locals casino, and the Golden Knights have just been such a staple among our local players and the entire community as a whole. It’s something that everybody gets behind in Las Vegas, and we’re just happy to be a part of it.”

The game features multiplier wilds that maximize the win to as much as 10 times the bet, according to the release, as well as scatter pays that can deliver wins when players land one or two Vegas Stars, one or two Golden Knights or one multiplier.

“As a corporate partner of the Golden Knights and being headquartered in Las Vegas, it was the perfect opportunity for AGS to deliver an engaging and highly social gaming experience on an attention-grabbing slot cabinet to capitalize on the team’s enormous popularity and success,” AGS Chief Marketing Officer Julia Boguslawski said in the release.

AGS first collaborated with the Golden Knights hockey team in 2018, when it announced that it had been named the first gaming equipment supplier to form a multi-year partnership with the team. The company sponsors the Play of the Knight feature, which replays and highlights a key moment from each home game on the videoboard.

AGS has also launched community outreach initiatives through its partnership with the team, such as bringing Golden Knights team ambassadors to its adopted Griffith Elementary School, a Title 1 school in Las Vegas.

AGS shares closed up 3.5 percent Tuesday at $8.63 on the New York Stock Exchange.