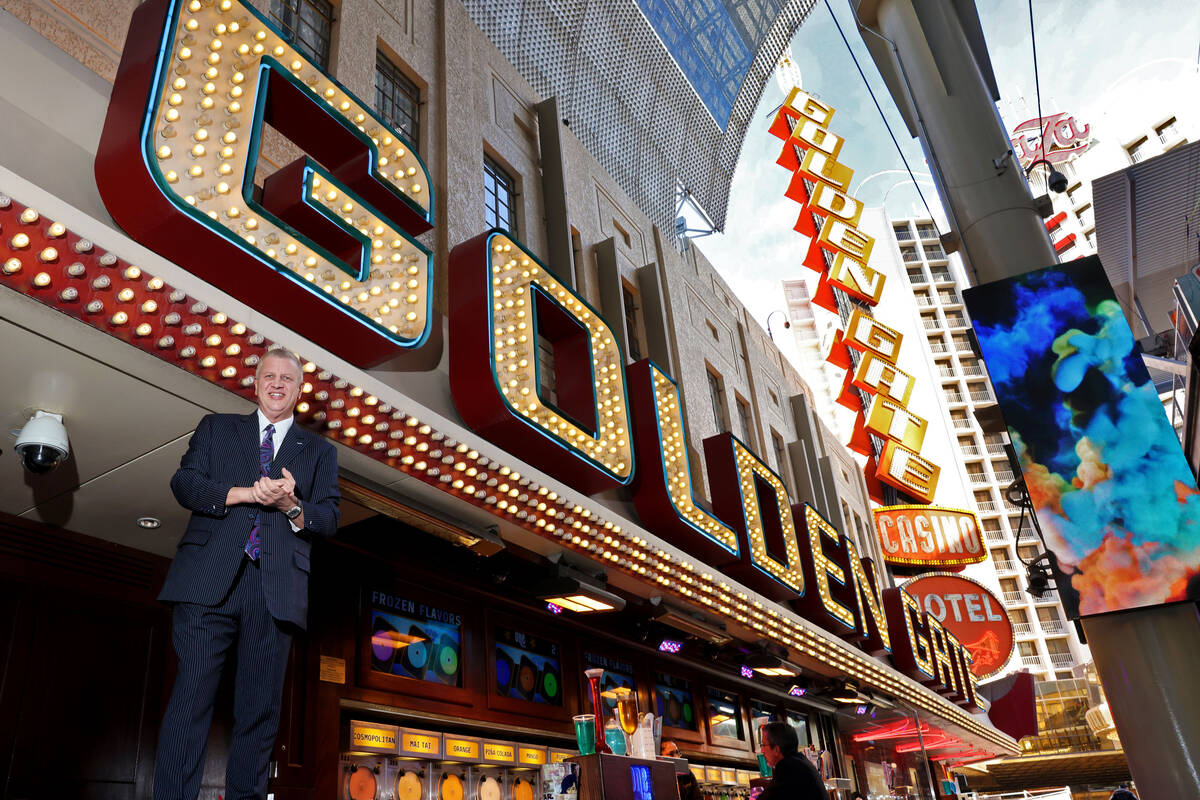 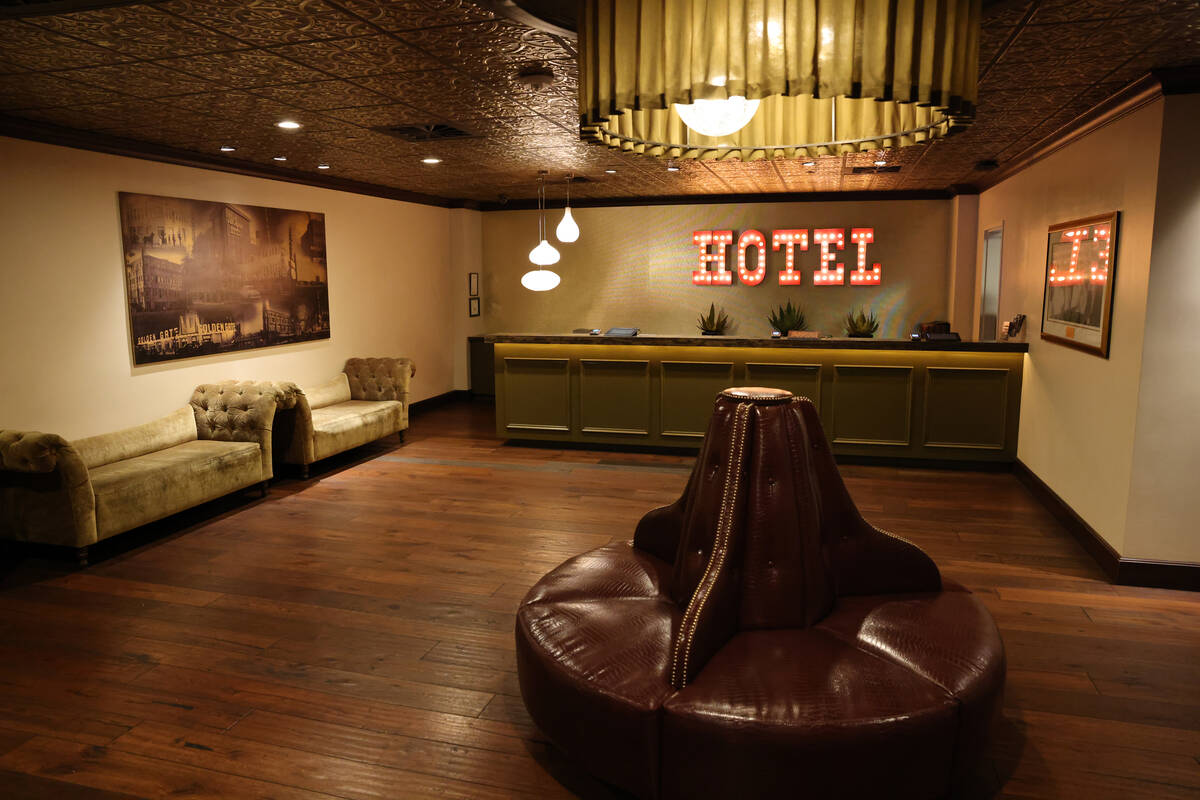 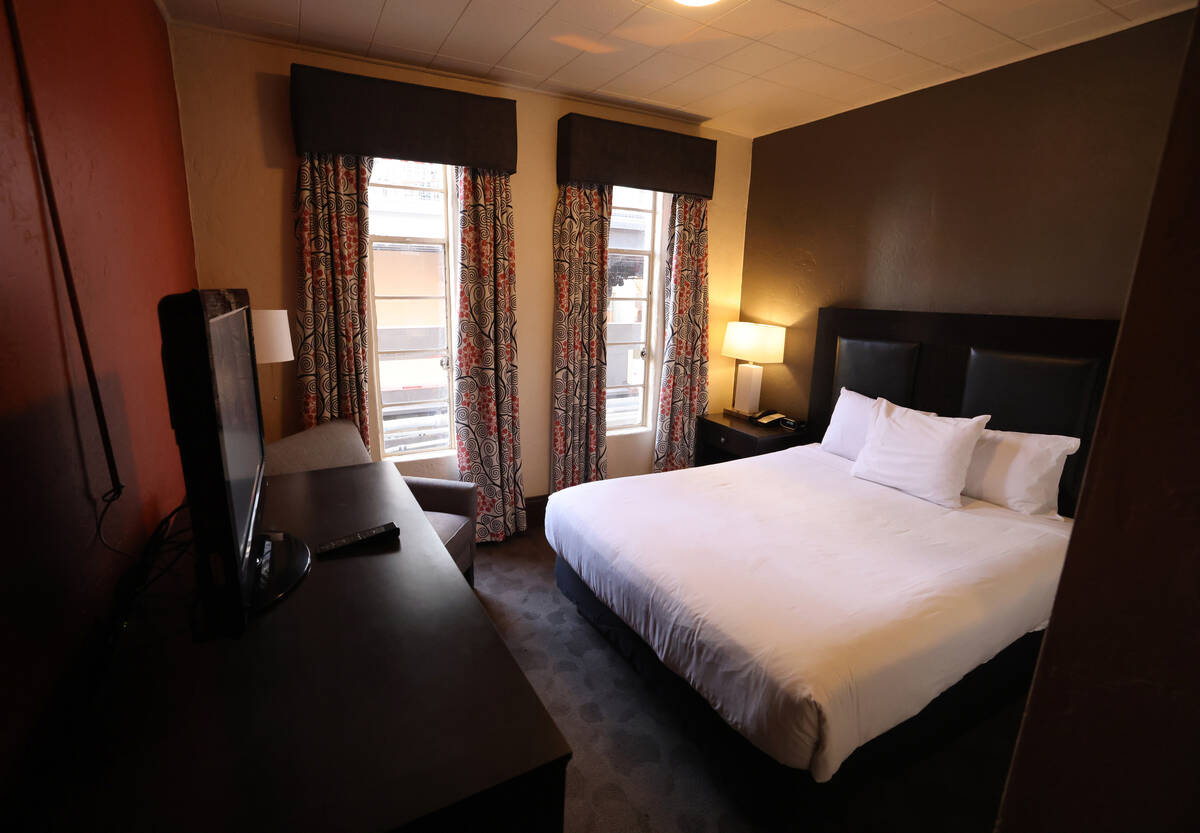 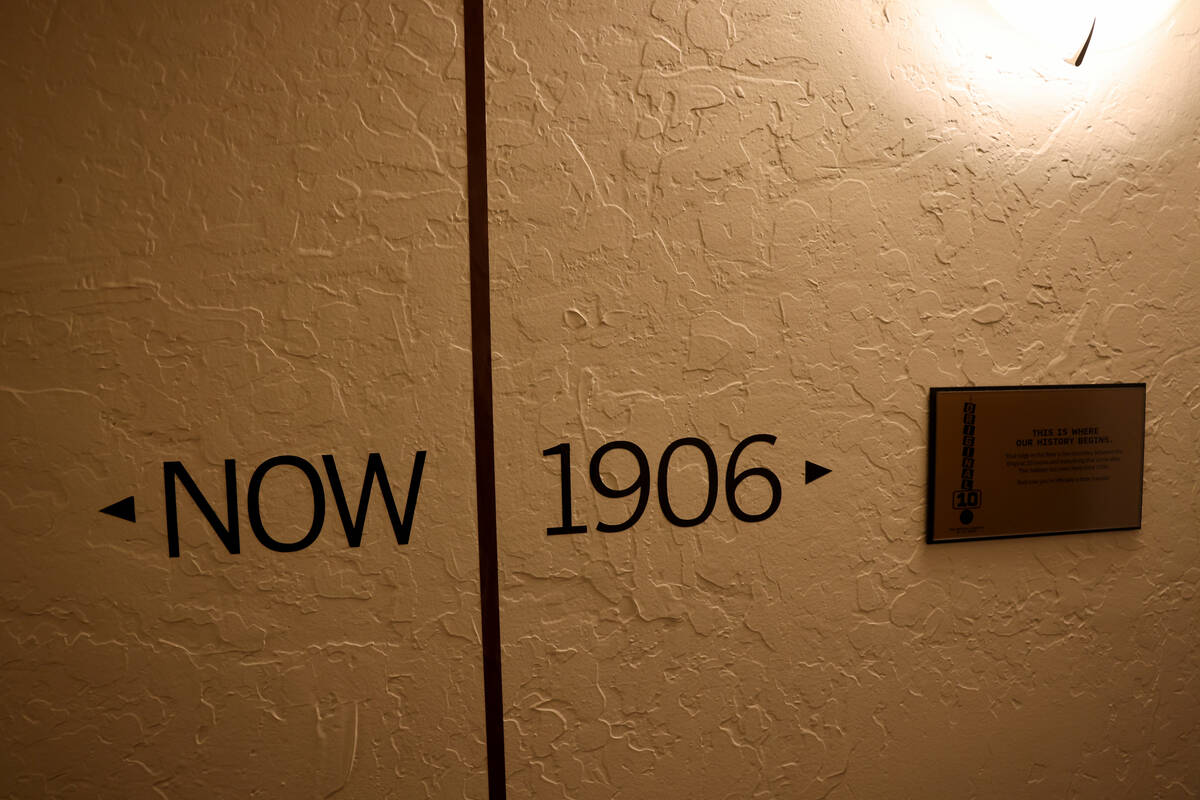 A line marks the original 10 rooms and everything that came after in a hallway at the Golden Gate in downtown Las Vegas Thursday, Jan. 12, 2023. Las Vegas’s first hotel will be celebrating its 117th anniversary Friday. (K.M. Cannon/Las Vegas Review-Journal) @KMCannonPhoto

Las Vegas may have a reputation for tearing down its vintage buildings, but there’s one piece of history still standing: Golden Gate.

The historic property at the corner of Fremont and Main streets is celebrating its 117th anniversary Friday, and as the city’s first hotel it boasts a front row seat to some of the area’s most identifiable memories.

Operating as the two-story Hotel Nevada, it opened in part to service railroad passengers. It pushed through the 21 years when gambling was outlawed, from 1910 to 1931, and the Prohibition era between 1920 and 1933. Its ownership group in the 1950s is credited with bringing the shrimp cocktail to the city. And it was the first gaming property purchased by Derek Stevens and his brother, Greg, in 2008.

Nowadays, it sits under the Fremont Street Experience canopy and across from Circa, downtown Vegas’ newest casino, which also is owned by the Stevens.

Derek Stevens, also co-owner of the nearby D Las Vegas, said he and his brother were interested in the property because of its long reputation. They bought an ownership stake nearly 15 years ago and became full owners in 2016.

“We always thought the Golden Gate had such a special piece of Vegas history that we really wanted to take it, and every enhancement we’ve done is to try to bring a few more modern amenities but preserve the history of Vegas,” Derek Stevens said, while standing outside the hotel-casino. “If these walls could talk, I know the stories would be pretty spectacular.”

Those stories probably would span all facets of local history.

The property had the first telephone line in Las Vegas, with the phone number of “1.” Back then, the city’s amenities were limited, said David Schwartz, gaming historian at UNLV.

“In the early days, that was how people got to Las Vegas, by train,” Schwartz said. “They weren’t really stopping for much. There wasn’t really a lot here. Some of them came to go to the businesses in block 16, like the Arizona Club. Years later, they came because of the Hoover Dam and the construction around that. Some were just coming because they were halfway between Salt Lake and L.A.”

Rat Packers Frank Sinatra, Sammy Davis Jr. and Dean Martin were known to hang out at Golden Gate’s Bar Prohibition, which offered a free cocktail to the first 117 guests who mention the anniversary Thursday.

The hotel — also once named Sal Sagev, or Las Vegas spelled backwards — still has its original 10 rooms. But more than 100 have since been added, including two suites, and the property was expanded again to include a casino entrance from the pedestrian mall.

It’s those updates and expansions to the 1930s San Francisco-themed hotel-casino that keep the building evolving, Derek Stevens said.

“When you think about the 117 year history — you could say I’m the owner right now, but ‘caretaker’ is probably a better term,” he said. “Golden Gate is going to continue to evolve, continue to stay with the trends of Las Vegas visitors. And I’m glad to be part of it for a small period of time in a very long history in Vegas.”

This story has been updated to correctly reflect the railroad preceded Hotel Nevada’s opening.