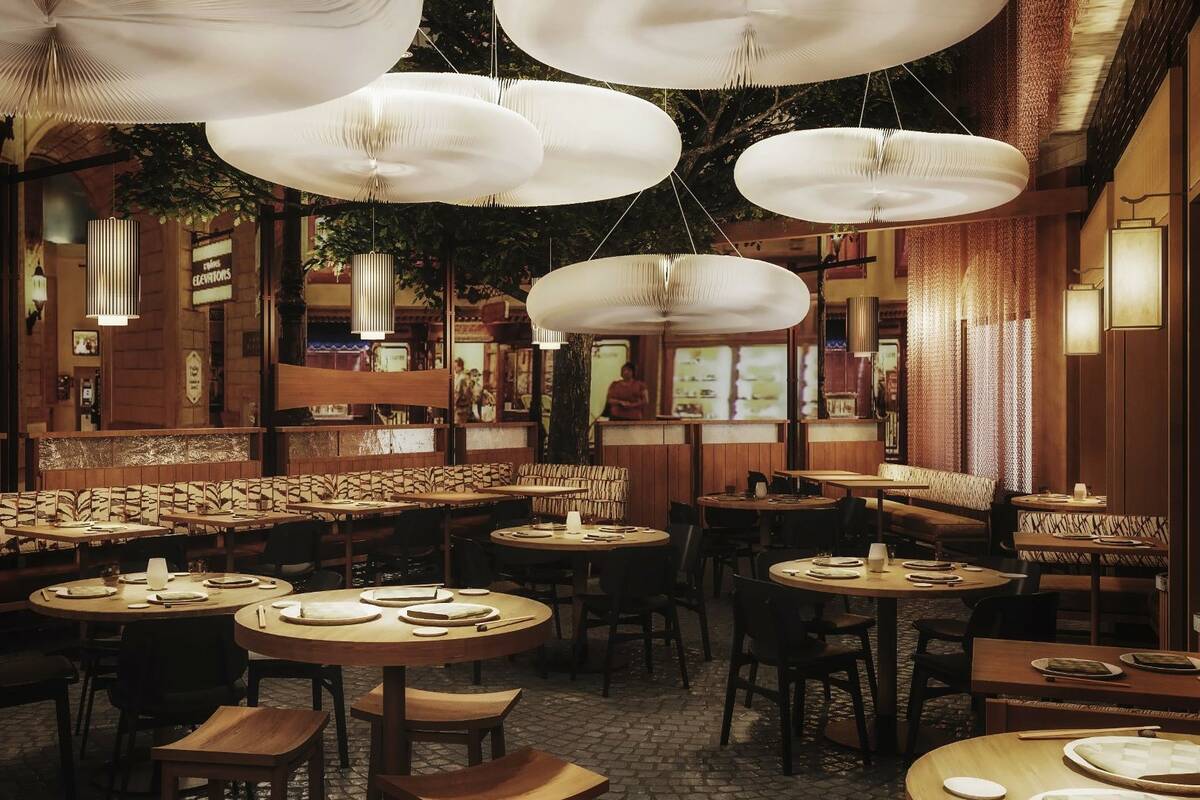 A rendering shows the main dining area for what will be Las Vegas' newest Nobu restaurant at Paris Las Vegas. (Courtesy/Caesars Entertainment) 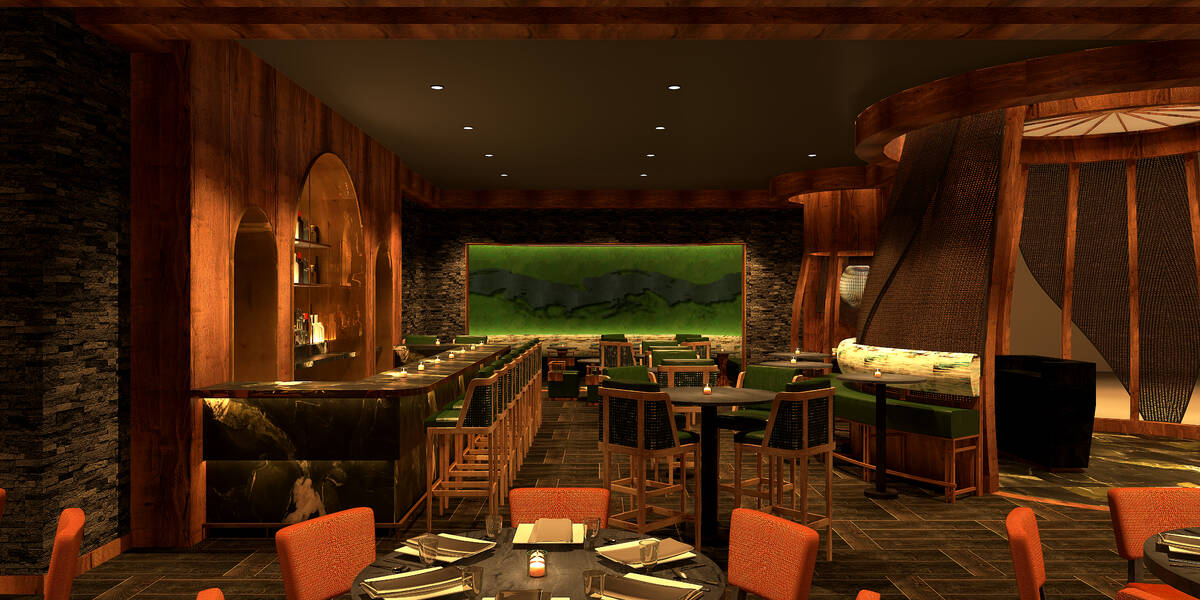 A rendering shows the dining area at the planned Nobu at Harrah's New Orleans. (Courtesy/Caesars Entertainment) 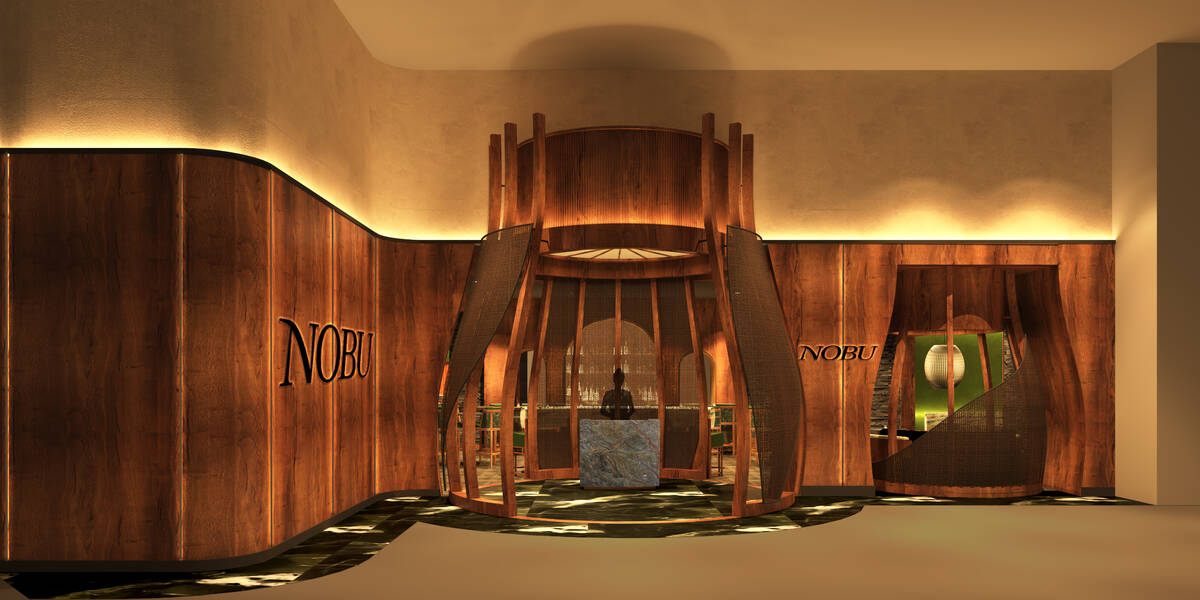 A rendering shows the entry to the planned Nobu at Harrah's New Orleans. (Courtesy/Caesars Entertainment)

A third Nobu restaurant is coming to town early next year, this time to Paris Las Vegas.

The new restaurant is part of an expansion of the Nobu brand — founded by chef Nobu Matsuhisa, Robert De Niro and Meir Teper — in partnership with Caesars Entertainment across the U.S. that also includes a multimillion dollar refresh of the Nobu Hotel Caesars Palace’s guest rooms and public areas. Those renovations are expected to be completed by the end of the year.

“We opened our first Nobu Hotel in 2013 at Caesars Palace — breaking the mold and doing something that had never been done before by placing boutique experience inside one of the most iconic resorts on the Strip. We now have expanded the collection around the world, and we have a robust pipeline of destinations in development. We are excited to take this next step in our growing partnership with Caesars,” Matsuhisa, De Niro and Teper said in a statement Tuesday.

Along with the new restaurant and revamp of the Las Vegas hotel, Caesars plans to open two additional Nobu Hotels at Harrah’s New Orleans and Caesars Atlantic City, scheduled to open in 2022 and 2024 respectively.

Nobu has been an “unparalleled success in Las Vegas, and as the company continues to invest here and in and as we continue to invest there and in New Orleans and Atlantic City, we felt it was the perfect opportunity to deepen and expand that relationship,” Caesars Entertainment CEO Tom Reeg said in a statement. “Nobu’s sophisticated elegance is the perfect complement to the multi-million dollar renovation projects we are developing in all three cities, all of which are fast becoming the nation’s top modern sports, gaming and entertainment destinations.”

Nobu opened its first Las Vegas restaurant location in 1999 inside the Hard Rock Hotel, which is now Virgin Hotels Las Vegas. That was followed by the hotel and second restaurant at Caesars Palace in 2013.