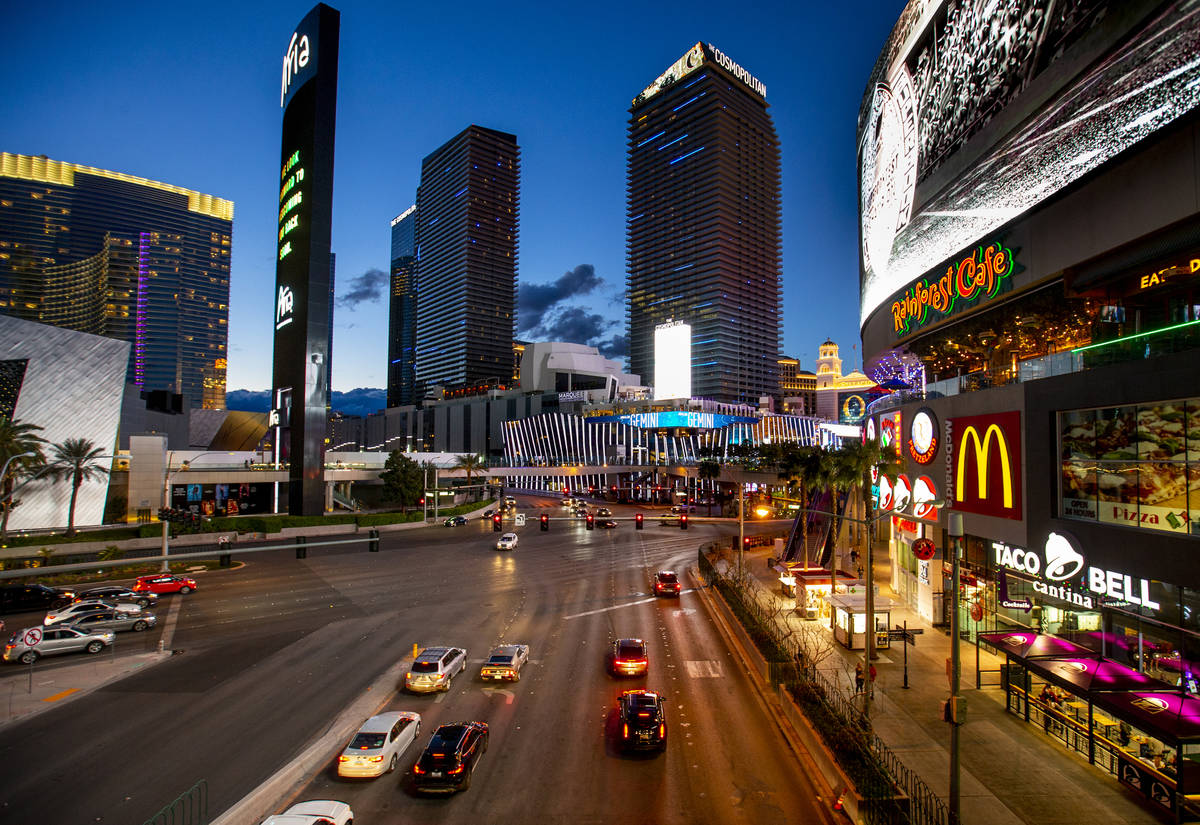 On Monday, The Cosmopolitan of Las Vegas confirmed that it had prohibited smoking in all public walkways and resort corridors on Sept. 11. A company spokeswoman said the change was made “to further protect the health and wellbeing of our guests and employees.”

It’s not the first casino to change its smoking policy during the pandemic, and industry experts say it likely won’t be the last.

Guests who want to smoke inside The Cosmopolitan can do so in designated areas: on the casino floor while seated at a table game with plexiglass dividers or at a slot machine; seated inside the property’s William Hill sportsbook; or seated inside of a lounge. Masks are mandatory, but guests can briefly remove their mask while actively smoking.

Other Strip properties have also changed smoking policies as health experts continue to warn against smoking inside casinos during the COVID-19 pandemic.

Last week, MGM Resorts International announced that Park MGM is set to operate as a nonsmoking facility when it reopens Sept. 30. While there are other MGM-affiliated properties that are smoke-free — Delano, Vdara and the Four Seasons within Mandalay Bay — they don’t offer gaming.

Spokesman Keith Salwoski said the change was made when the company announced face coverings would be required at table and card games, but otherwise declined to comment on the reasoning behind the new policy.

Spokesman Michael Weaver did not say when the updated policy was put into place but said it has “evolved in steps” since the June 4 reopening.

Sahara Las Vegas’ health and safety plan has asked table game players to wear a face mask and step away from the game to smoke since it was initially released in May.

In May, the Review-Journal reported that smoking inside casinos could spread the virus through smokers’ pattern of putting their fingers to their mouth, then to a gambling device. Smoking or secondhand smoke can also lead to coughing, which can spread the infection.

“Smoking will likely be one of the casualties of the Great Shutdown,” said Brendan Bussmann, director of government affairs for Las Vegas-based Global Market Advisors LLC. “Numerous casinos across the country have implemented non-smoking policies, at least on a temporary basis. In the long term, smoking will likely have a smaller and smaller footprint on the casino floor if it has one at all.”

Bo Bernhard, executive director of UNLV’s International Gaming Institute, told the Review-Journal last week that it is “hard to envision any public indoor spaces with cigarette smoke” 20 years from now.