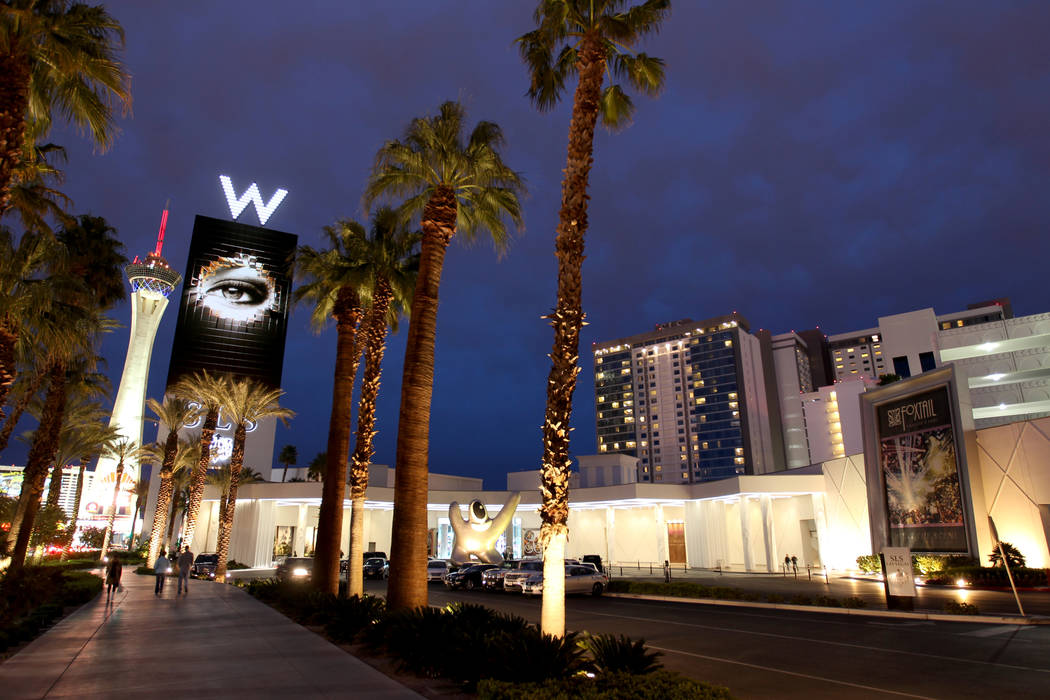 Alex Meruelo will invest up to $100 million to revitalize the SLS Las Vegas after the Nevada Gaming Commission approved his acquisition Thursday of the struggling Strip property.

The Reno-based businessman will spend the money in the coming years to upgrade rooms, redesign the pool, brighten the casino floor and refresh the slot machine offerings, said spokesman Christopher Abraham.

“The initial idea of what will be invested is up to $100 million over the next couple of years,” Abraham said.

Meruelo told the commission Thursday that he would be able to make the property profitable by investing in the upgrades and redesign.

“The capital investment is something that will make a dramatic impact. Things are already turning around, and I am very optimistic,” he said.

Meruelo, who owns the Grand Sierra Resort, will take over the 1,600-room SLS by the end of the month.

Since Meruelo agreed to purchase the property in May, there’s been speculation that he may change the hotel’s name back to the famed Sahara. The SLS brand is owned by Sam Nazarian’s sbe Entertainment.

“We will be using the SLS name for another year and will evaluate our options with the brand moving forward,” he said.

Meruelo will remove the 32-foot-tall abstract art piece in front of the entrance titled “Sam by Starck” by acclaimed French designer Philippe Starck. No date for the removal has been given, Abraham said.

In the coming days, Meruelo will announce a new general manager for the SLS, according to Abraham. The general manager will likely want to hire members for his team, but “there are no immediate plans for anyone to be laid off.”

Meruelo, who owns two TV and three radio stations in California, including Spanish-language stations, will use those media assets to promote the SLS, the Grand Sierra and other entertainment offerings, Abraham said.

The purchase had been expected to be completed by last October but was held up by disagreements with Chinese lenders.

The exact terms of the deal with seller Stockbridge Capital Group were not disclosed. However, according to a lawsuit filed by the Chinese lenders in November, the SLS had about $585 million of debt, including $185 million of senior debt to Mesa West and $400 million of junior debt to Chinese investors.

Meruelo, who is not a party to the suit, would take on the entire Mesa West debt and pay the Chinese investors an amount based on the equity value of the property in five years, according to court documents.

On Thursday, Meruelo said the Mesa West debt is now about $140 million.

The SLS had struggled since opening to big fanfare in late 2014 at the north end of the Strip.

Investor Sam Nazarian and Stockbridge Capital bought the Sahara in 2007 for about $400 million. The hotel-casino was best known as the hangout for Rat Pack members Frank Sinatra, Dean Martin and Sammy David Jr.

The Sahara was closed in 2011 for renovations and rebranding to the SLS. The new owners invested $415 million in an effort to turn the property into a chic hangout for a younger crowd.

However, the project failed in large part due to the empty lots and mothballed buildings that surrounded it. Nazarian later sold his minority stake to Stockbridge.

The SLS had been losing money since opening and was on the verge of bankruptcy, according to the November court filings.