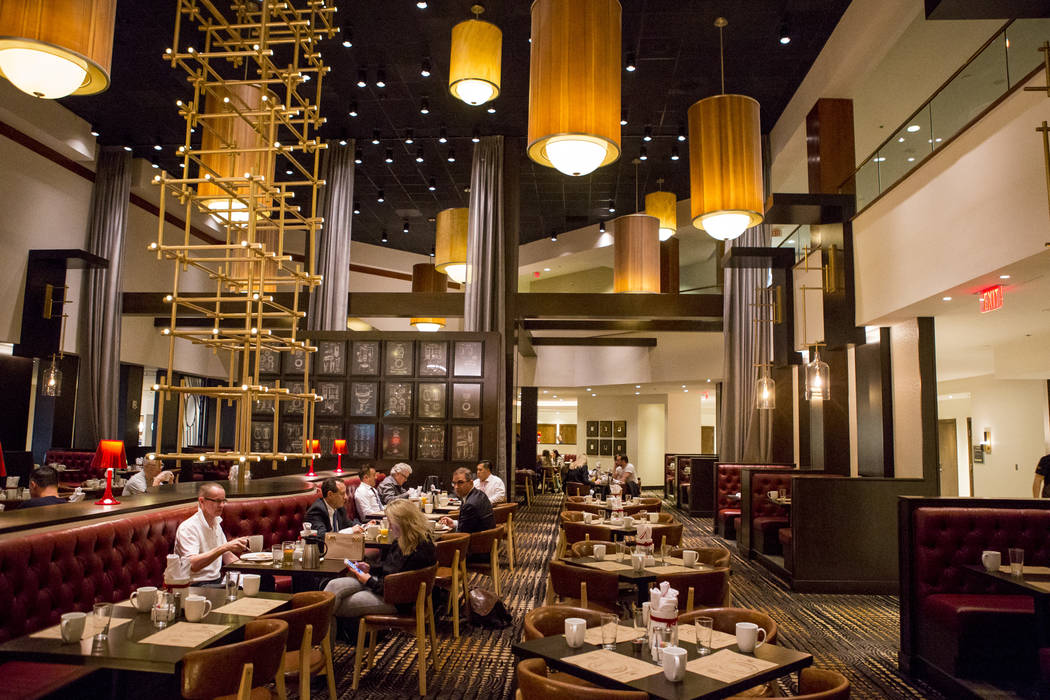 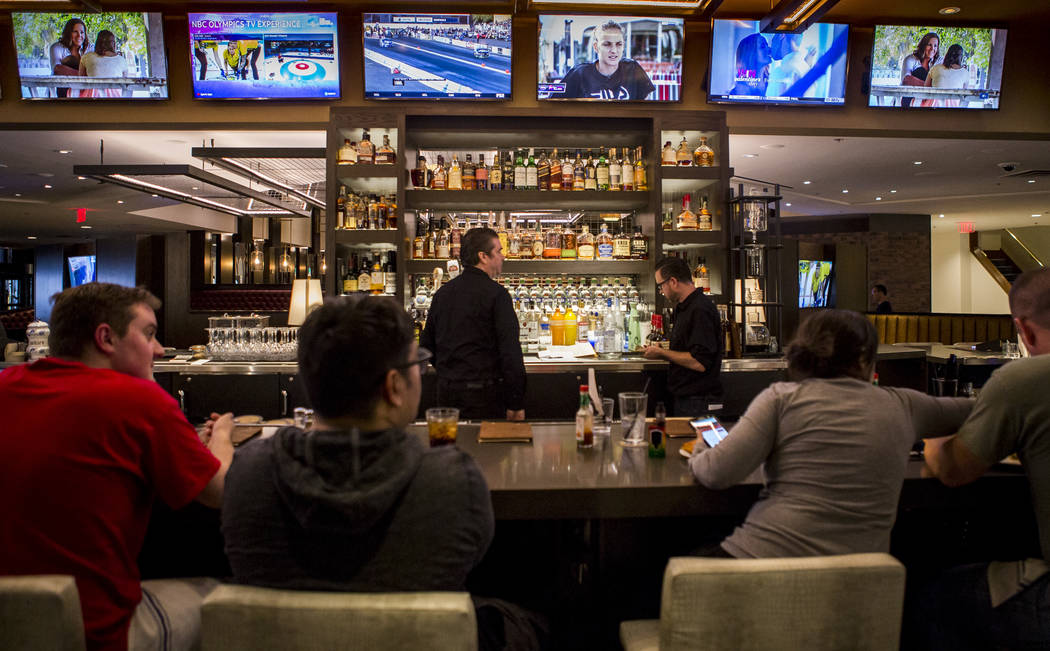 Customers sit at the bar at the new restaurant Jake & Eli, which replaced the casino floor at the Westin Las Vegas, on Wednesday, Feb. 14, 2018. (Patrick Connolly/Las Vegas Review-Journal) @PConnPie 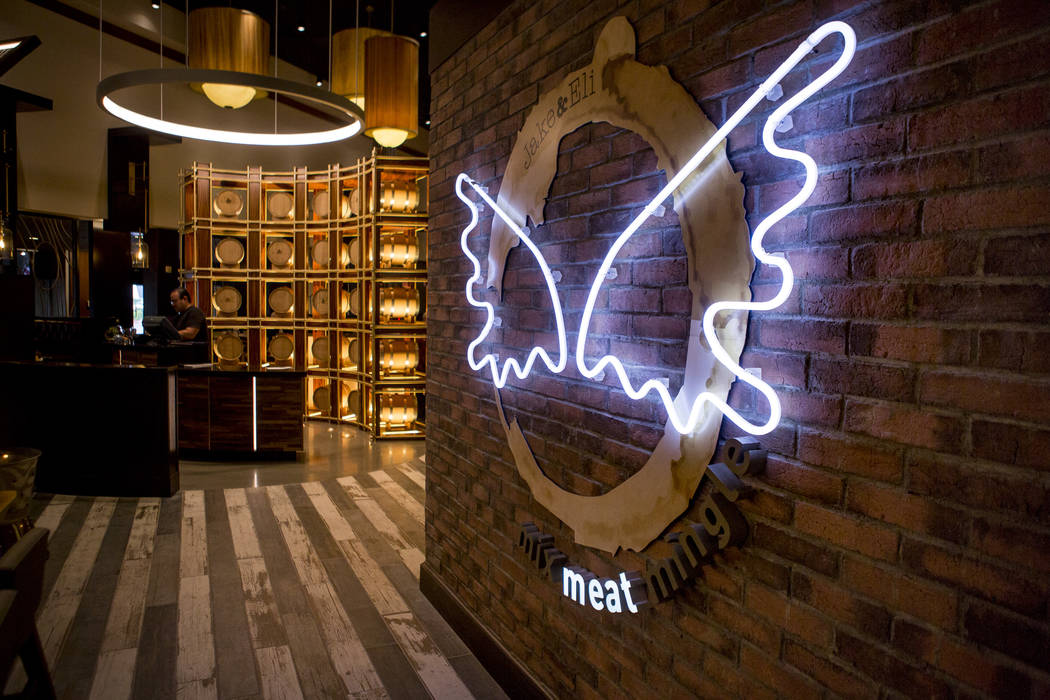 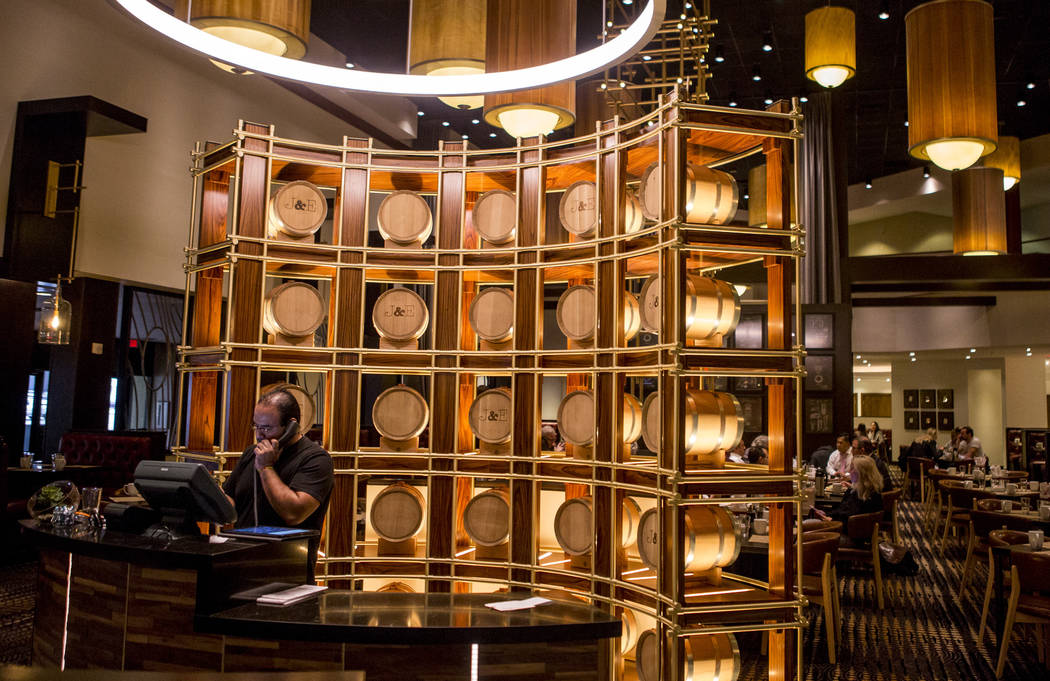 Bourbon barrels are on display at as decorations at the new restaurant Jake & Eli, which replaced the casino floor at the Westin Las Vegas, on Wednesday, Feb. 14, 2018. (Patrick Connolly/Las Vegas Review-Journal) @PConnPie 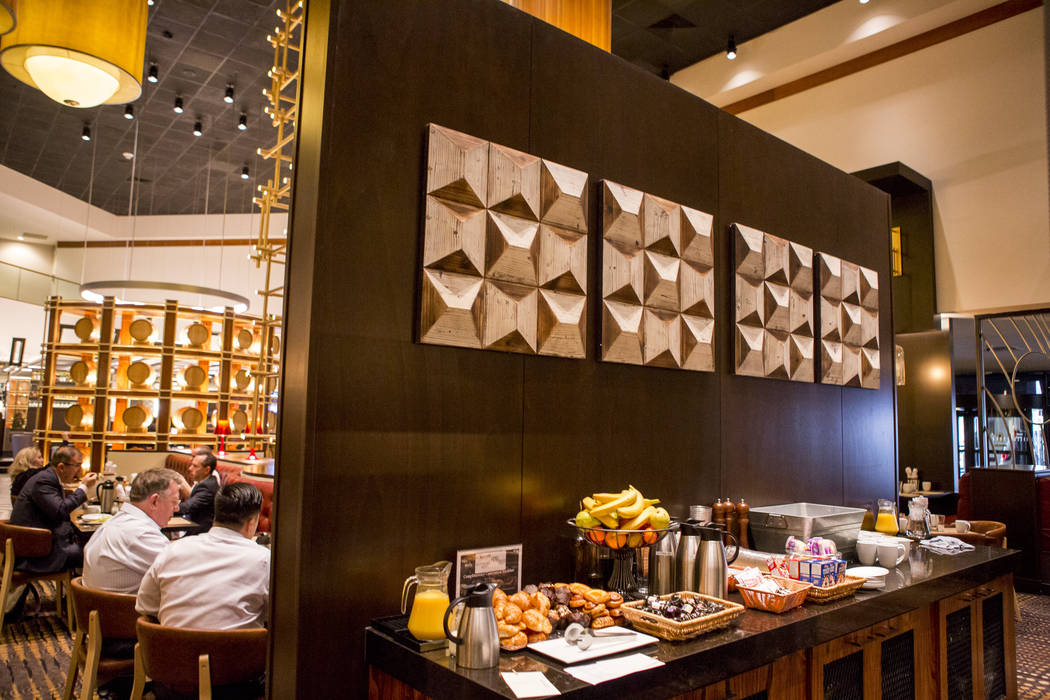 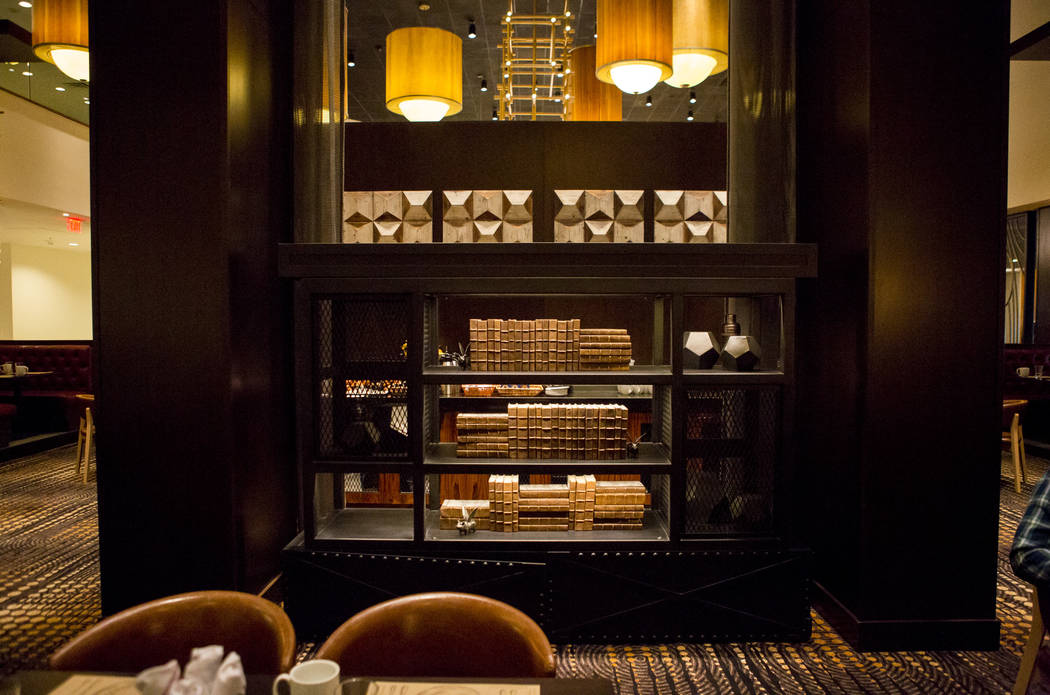 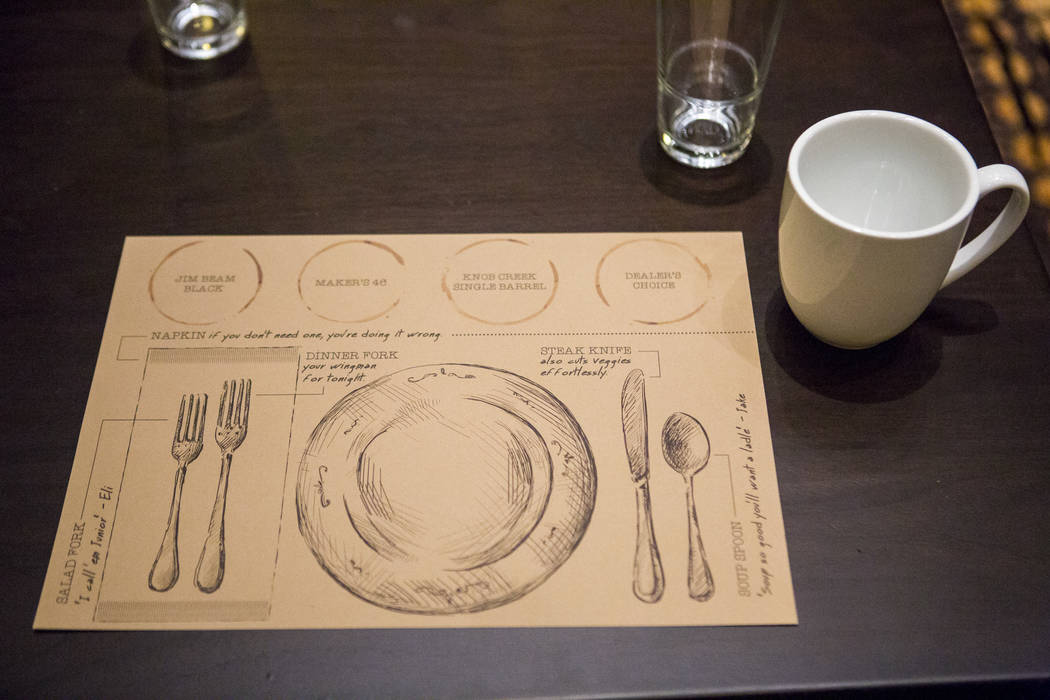 A placemat at the new restaurant Jake & Eli, which replaced the casino floor at the Westin Las Vegas, on Wednesday, Feb. 14, 2018. (Patrick Connolly/Las Vegas Review-Journal) @PConnPie 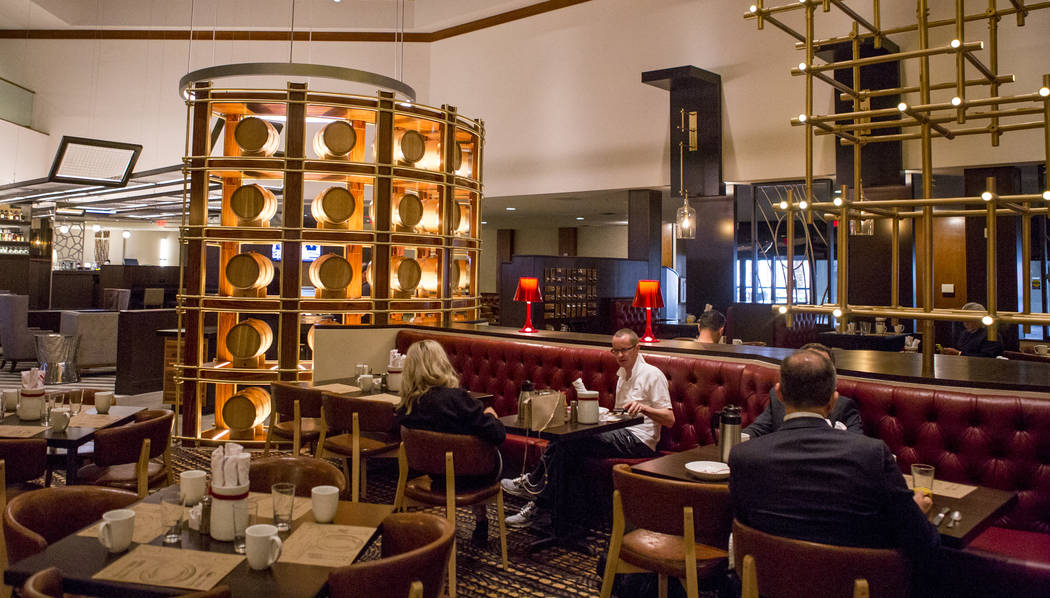 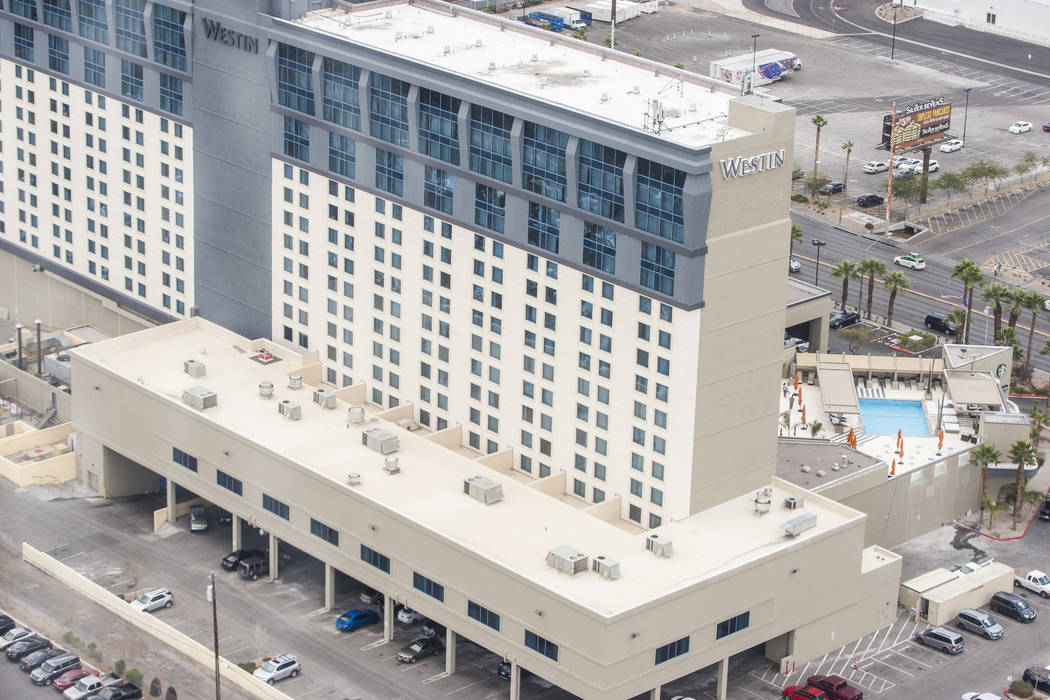 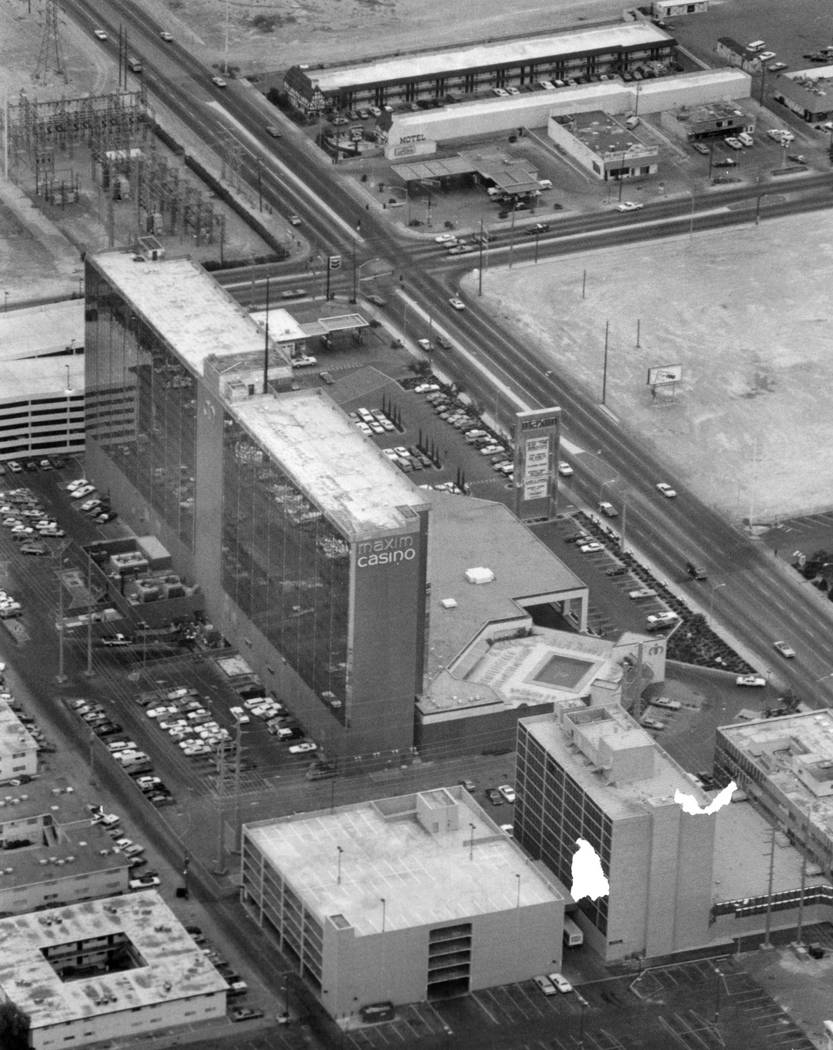 The Westin in Las Vegas originally opened on July 1, 1977 as the Maxim Hotel and Casino. (Gary Thompson/Las Vegas Review-Journal) 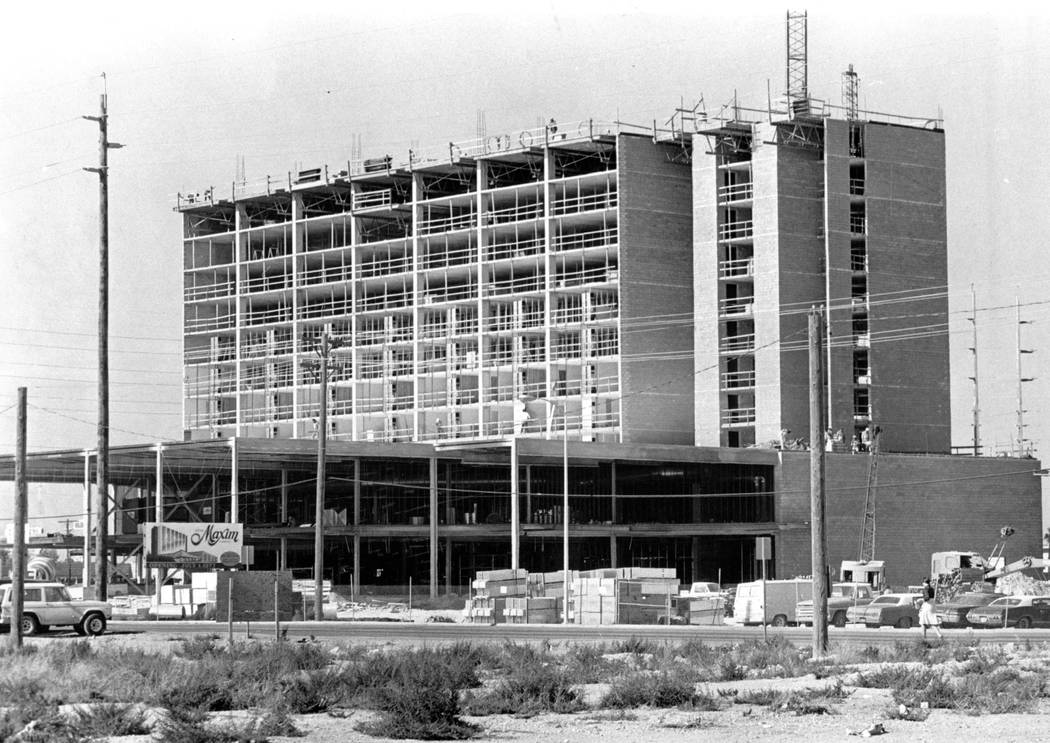 The Westin in Las Vegas originally opened on July 1, 1977 as the Maxim Hotel and Casino. (Las Vegas Review-Journal) 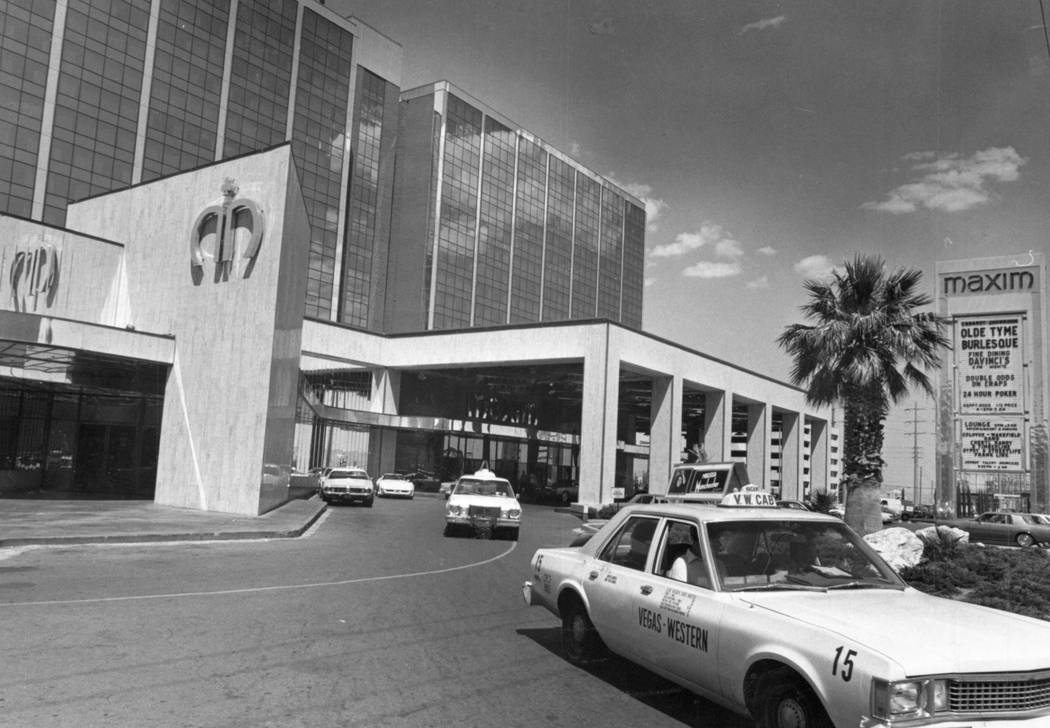 The Westin in Las Vegas originally opened on July 1, 1977 as the Maxim Hotel and Casino. (Las Vegas Review-Journal)

Seated in the lobby of the Westin Las Vegas, it was her first time staying in the hotel.

But unlike other hotels near the Strip, this one has recently replaced the pings and beeps of slot machines with the soft clinking of forks on plates.

“It’s kind of nice,” said Maurer, a Minnesotan on vacation with her husband.

The Westin has changed its 8,000-square-foot gaming presence into a bar and restaurant called Jake & Eli and increased its meeting room capacity by 20 percent to appeal to corporate visitors.

The hotel also eliminated smoking from inside and at the pool, general manager Lezlie Young said.

“Our guests have a certain expectation of Westin, and a casino didn’t align with those expectations,” Young said. “Non-gaming and non-smoking makes the most sense.”

State records show approval for a restricted gaming license for Silver State Gaming’s Westin operation, limiting the number of slots to 15, in December.

The hotel previously updated 826 guest rooms and suites, its spa and salon and gym. The final phase of improvements, including the outdoor pool area, should finish by early March.

The county issued permits that detail $500,000 worth of work on the second floor pool.

Westin is managed by Crescent Hotels & Resorts, based in Virginia. Fortress Investment Group acquired the property through foreclosure in January 2016, according to county records.

Other off-Strip properties to renovate recently include Tuscany, the Hooters Hotel and downtown’s Golden Gate.

“Hotel-casino operators are continuously evaluating the productivity and the use of space in their buildings,” he said. “Striking the right balance between the amenities that consumers demand and the profitability of every square foot of space can be challenging.”