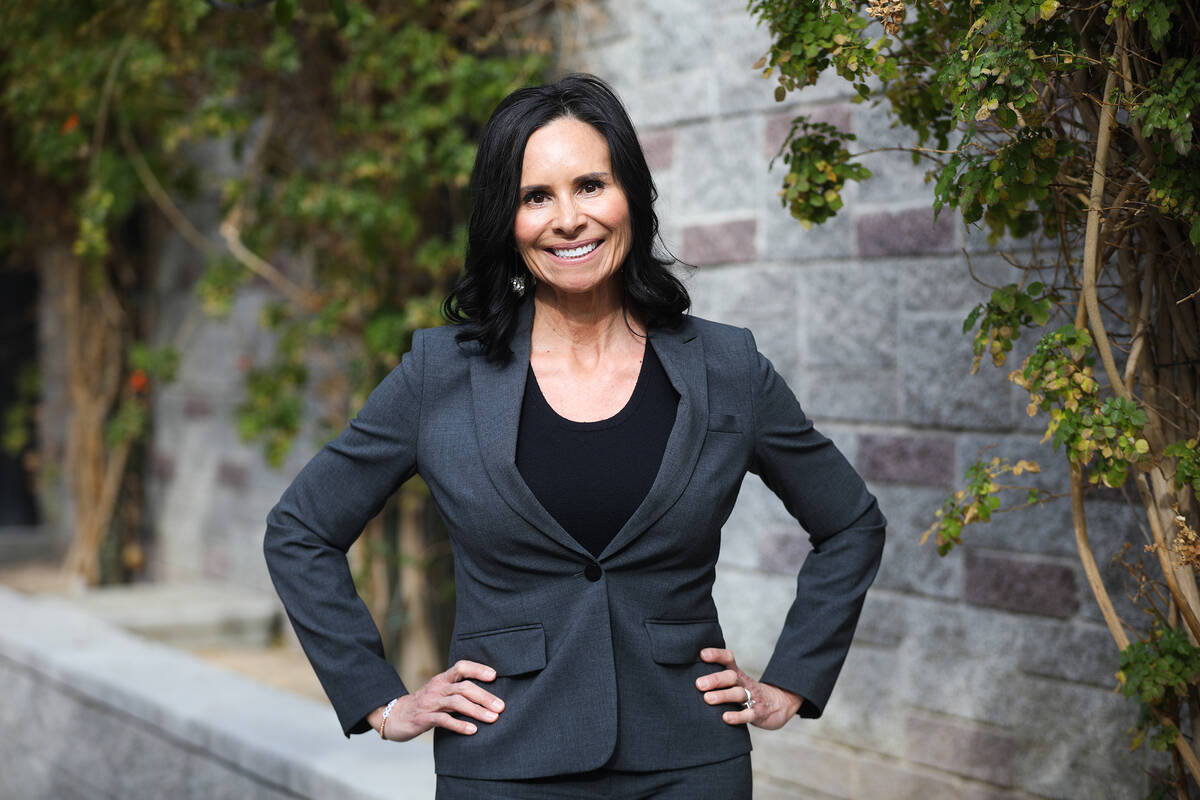 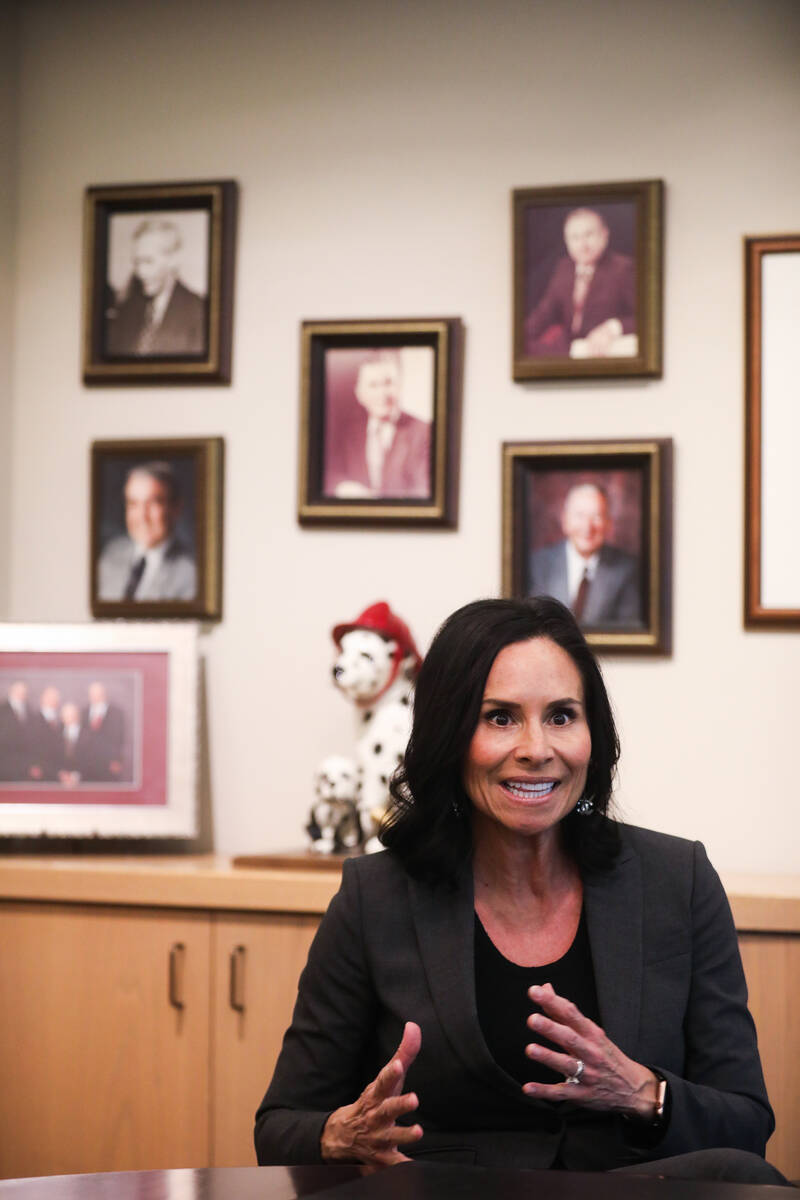 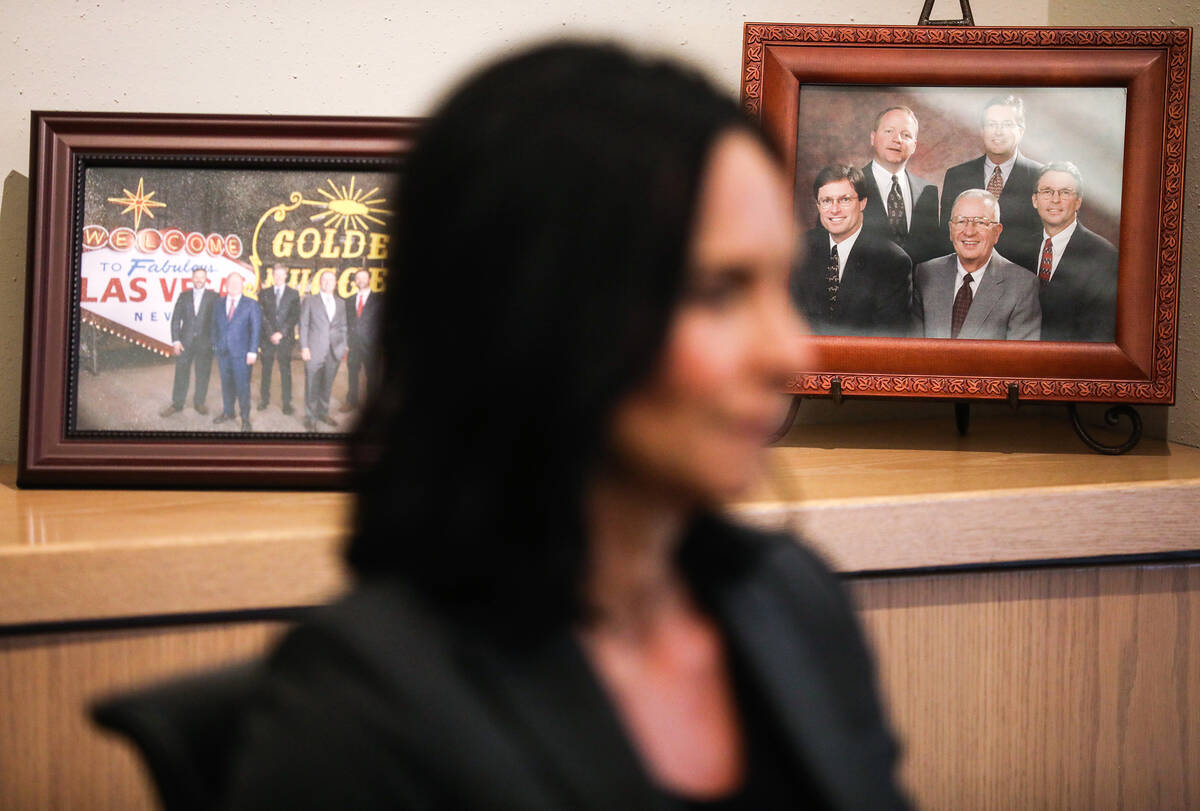 Insurance firm Cragin &Pike has called Las Vegas home since 1909. And the 113-year-old company, whose history includes insuring Bugsy Siegel’s Flamingo hotel-casino in 1949, continues to grow and achieve firsts — including the appointment of its first woman and first Hispanic shareholder this year.

Dulcinea Rongavilla, who started her role Jan. 1, is no stranger to the insurance business.

The Tucson, Arizona-native landed her first industry job with Cigna Healthcare, focusing on life and health insurance, shortly after graduating from the University of Arizona in 1995. She quickly realized that she would rather work directly with clients and became an insurance broker in 2002.

The role found her moving from Tucson to Phoenix then Las Vegas, a journey she describes as going from a “desert too little, desert too big to a desert that’s perfect.”

And more than 17 years after moving to the “desert that’s perfect,” she’s entering a new chapter in her career of helping business owners with their employee benefits programs.

Rongavilla sat down with the Review-Journal to discuss the significance of her new role, how a brief career change gave her new insights and the one thing she does each day to stay focused. The interview has been edited for length and clarity.

How did you feel about becoming not only an executive vice president, but also the company’s first woman and first Hispanic shareholder?

In the industry and just looking at the data, it shows there is definite room for engagement from all sides, but it’s wonderful to be that person at Cragin &Pike. I’m honored to just be recognized as a person who can follow in the footsteps of past partners, of individuals who have truly created a legacy with us being the second-oldest company in Las Vegas and the oldest insurance agency in Nevada. It really allows for the opportunity to take that legacy further and show young ladies and young men that if you are surrounded by great people and you do the right thing and you’re a good person, good things are going to come. And I want to continue to pay it forward as it relates to working with young ladies and young men.

What do you hope to accomplish in your new role?

I think there’s something to say for being here for eight years, then taking on a leadership role and being able to still work with all the same individuals and be there in a way that might be just a little bit different. Overall, I’m focused on really building the culture that already exists so finding ways to engage all the deparments. And continue down that same path of doing what I was doing, creating relationships and opportunity to grow Cragin &Pike. Employees are also everything to what we do and who we are as an agency so providing tools and resources for growth and development — personal and professional — for employees is an area that I’m very passionate about.

It’s been nearly two years since the COVID-19 pandemic impacted businesses in the state. Are you seeing signs of an economic recovery?

I think it’s a mix. I think it depends on the industry. We were grateful that many of our clients were categorized as essential, so they were still continuing to do business. Granted, there were a good number that were not, but through that I saw the amazing clients we had. They were doing everything they could to figure out how they could continue to provide their employees with health benefits, especially since the pandemic was affecting people’s health. So we worked with them to work with the insurance carriers to really allow them the opportunity to still be amazing employers and preserve what their employees needed the most.

As you helped clients navigate their benefits program during the pandemic, how did you balance your own commitments at work and at home with an almost 5-year-old?

Oh, the first three months of the pandemic when he didn’t have school it was — interesting. My husband was working from the dining room table. I converted our guest room into an office, a playroom and a classroom, and my son was almost 3 at the time. And my husband and I would be on concurrent zoom calls, so I could hear him and he could hear me. I think work-life balance is a scale, sometimes the work side is heavier, but you’re always trying to keep it as evenly as possible. I really focus on getting my time in the morning and working out every single day. My philosophy is that’s my appointment with myself and I don’t cancel on myself. I think that’s a big part of what keeps me moving forward and being able to stay energized.

Before joining Cragin &Pike, you served as CEO of the Boys &Girls Club of Las Vegas for three years, where you oversaw nearly 100 employees and a $5 million operating budget. What was it like working for a nonprofit after being in the private sector for 12 years?

The Boys &Girls Club was the first place that I called to volunteer when I first moved to Las Vegas. It was an opportunity to meet people. I became a board member beginning in 2006 and had the opportunity to join as their vice president of development in 2008, ultimately taking over as CEO in 2010. It was a transition because I did come over in the beginning of the recession, so to become a fundraiser, it was a very fast learning curve. But my relationship-building skills were very transferable and moving from a for-profit to a nonprofit — really, the business expectations are exactly the same. The only thing about a nonprofit is it (has) a tax-exempt status.

Is there anything you learned from your time at the Boys &Girls Club that helped you when returning to the insurance industry?

In insurance, we always say once you’re in it, you’re in it. I had been paying attention to the Affordable Care Act, and all that was about to come to fruition the year that I left the Boys &Girls Club. Health insurance is health insurance, right? HMOs, PPOs and all the benefits really hadn’t changed a lot. However, the new addition was the Affordable Care Act, and it allowed me to come back at a similar level because other insurance professionals had been studying and getting up to speed. So I really came in at a great time. And I came back full circle. I was working with other nonprofit leaders as it relates to their employee benefit programs and was able to stand in their shoes and understand their perspective. Also, the employee benefits department had only been in place at Cragin &Pike for four years when I joined. So it was an opportunity to join a long-standing community partner but at the same time come in at a ground level and grow with and help build.