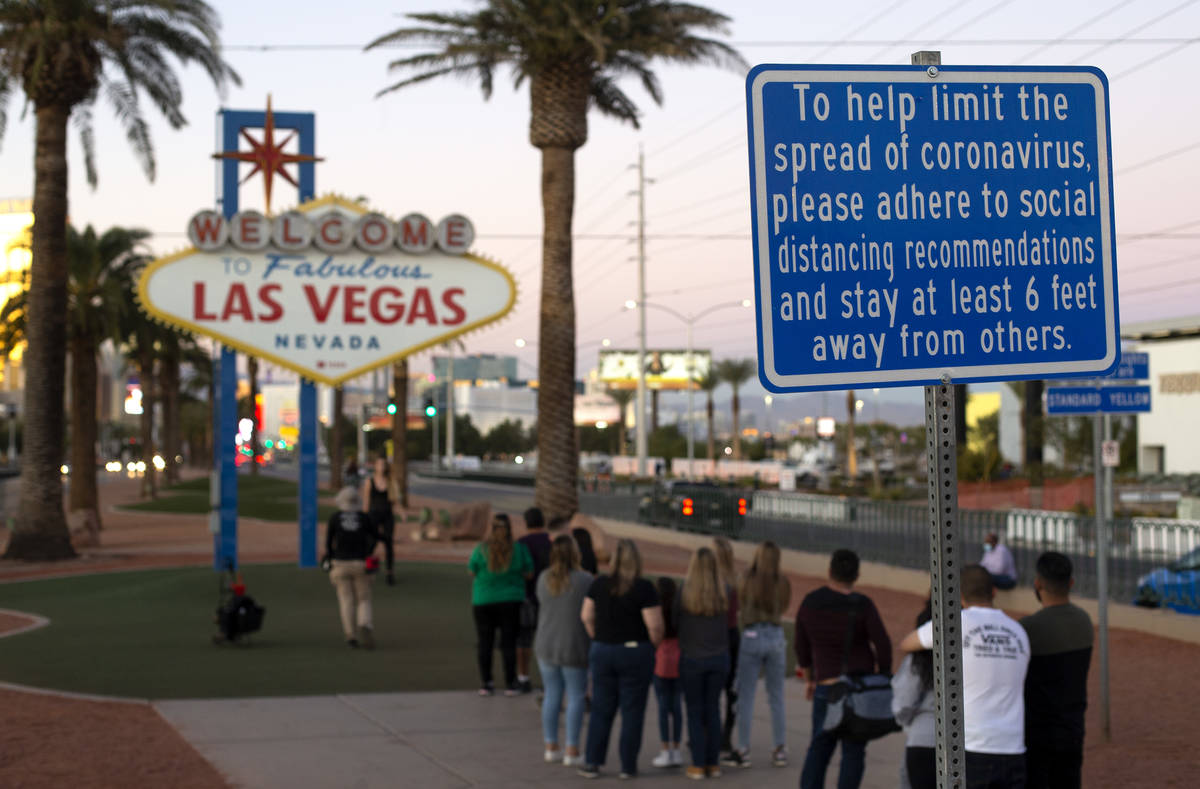 A sign asks visitors to stand apart to prevent the spread of coronavirus as they wait in line to take photos in front of the Welcome to Fabulous Las Vegas sign on Monday, Nov. 16, 2020, on the Las Vegas Strip. (Ellen Schmidt/Las Vegas Review-Journal) @ellenschmidttt 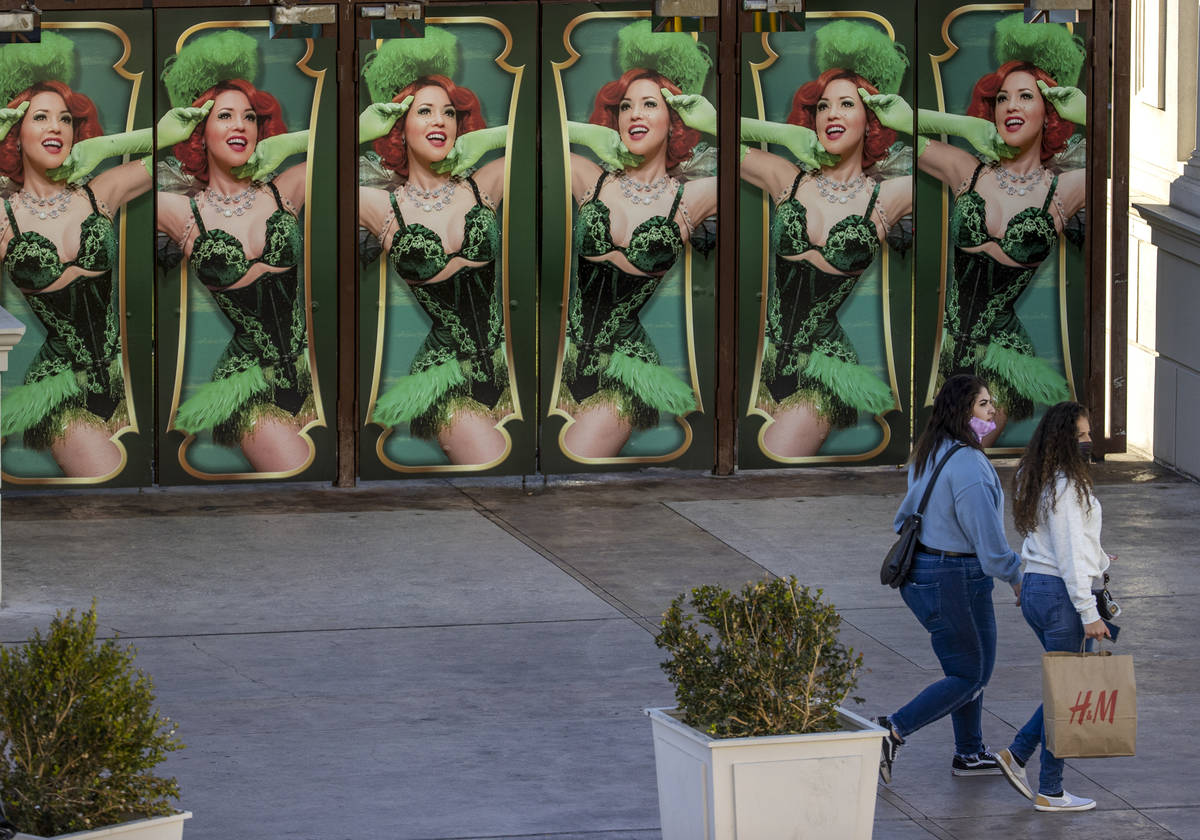 Las Vegas’ jobless rate remains the highest in the nation among large metro areas, a new report shows, yet another sign of the pandemic’s crushing financial effects.

An estimated 10.4 percent of the Las Vegas area’s workforce was unemployed in December, the highest percentage among 51 metro areas with at least 1 million people, the U.S. Bureau of Labor Statistics reported Wednesday.

Detroit had the second-highest jobless rate at 10.1 percent. Birmingham, Alabama, and Salt Lake City tied for the lowest at 3.5 percent.

The coronavirus outbreak has sparked huge job losses around the U.S. and kept people home and away from crowds for fear of getting infected, devastating the tourism industry, the foundation of Southern Nevada’s casino-heavy economy.

Las Vegas has recouped many of the jobs it lost after the pandemic sparked sweeping business closures and other shutdowns. But, according to Stephen Miller, director of UNLV’s Center for Business and Economic Research, its recovery has “stalled at the moment,” adding that the local economy depends heavily on industries in which people meet face to face or gather in person.

He also noted that Reno is in “much better shape than we are” because its economy is more diversified.

Around 28 percent of the Las Vegas area’s labor market worked in leisure in hospitality early last year before the pandemic hit, compared with 15 percent in the Reno area, state data shows.

As of December, Reno’s unemployment rate was 5 percent.

Miller said the coronavirus outbreak needs to get under control before Las Vegas’ economy can fully recover. Still, he figures that once people are vaccinated, it won’t take long for the masses to feel safe to travel again.

“People have been locked up for so long, they’re just itching to travel, to have some fun,” Miller said.

Las Vegas’ jobless rate, just 3.9 percent in February 2020, skyrocketed to 34 percent in April after Gov. Steve Sisolak ordered casinos and other Nevada businesses closed to help contain the virus’ spread. Resorts and other businesses have since reopened, and visitors are back, but tourism levels remain down, and some casinos are still closed.

Las Vegas consultant John Restrepo, founder of RCG Economics, said that the valley’s economic recovery is “slow and plodding” and that its jobless rate is probably in the 15 percent to 20 percent range when accounting for people who aren’t included in the main survey, such as those who gave up looking for work.

Statewide, December’s labor force participation fell below 60 percent for the first time since May, with a growing share of Nevadans neither working nor looking for jobs.

Restrepo figures it could take “several years” before Las Vegas’ jobless rate returns to pre-pandemic levels, adding that the valley needs coronavirus vaccines to be widely administered and financial assistance from the federal government.

If those things happen, he said, Las Vegas will “continue to slowly climb out of this mess,” but if they don’t, “it’s just going to drag this thing out.”