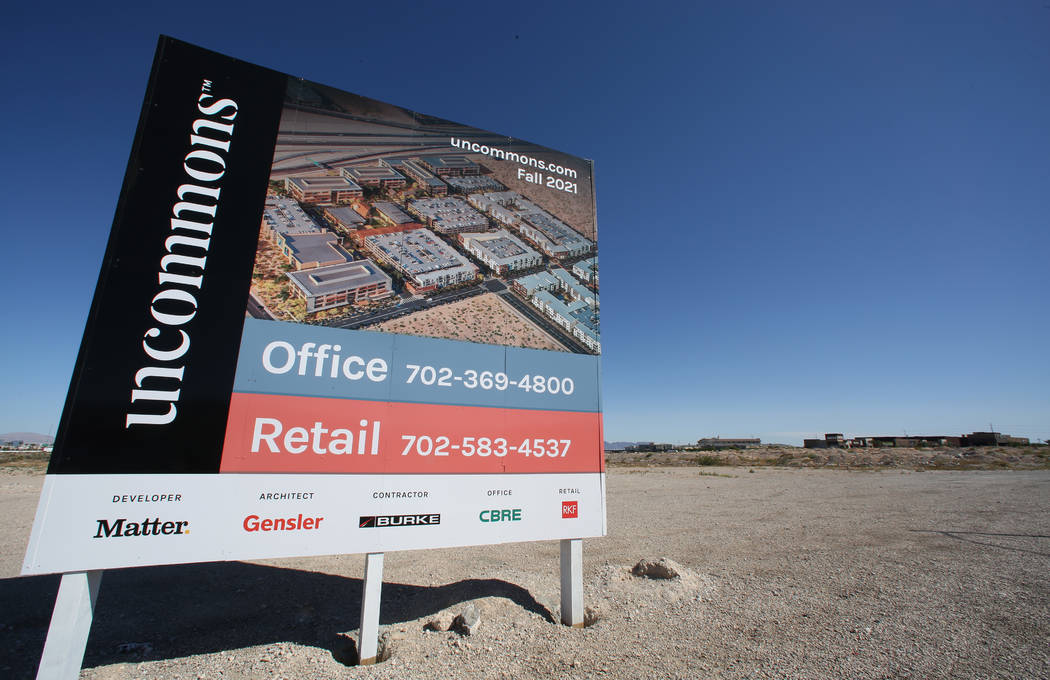 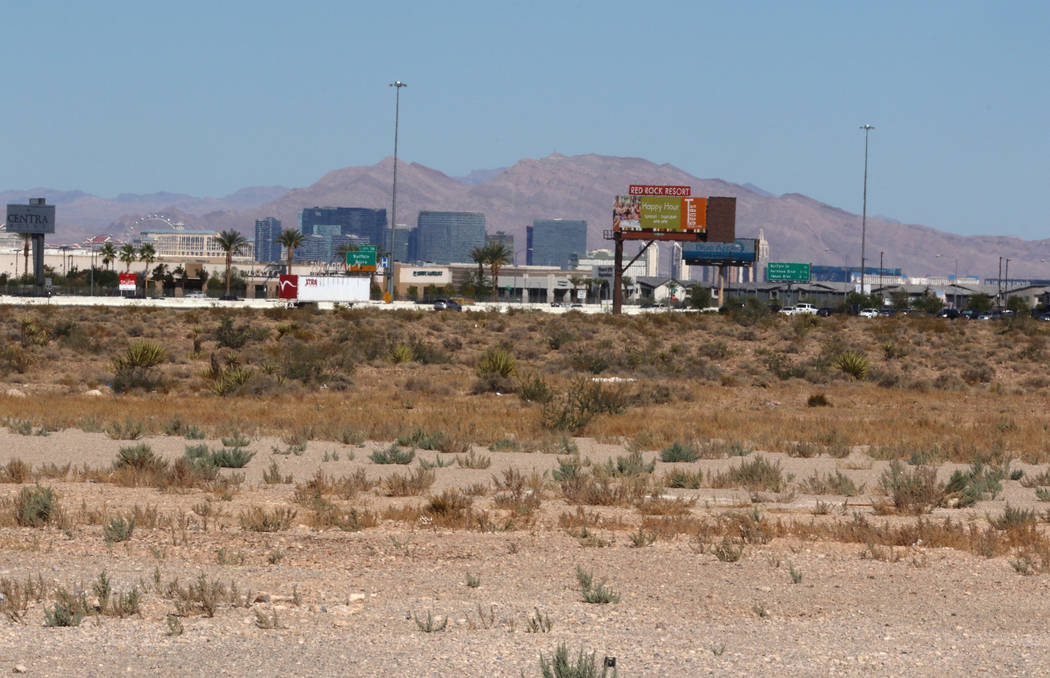 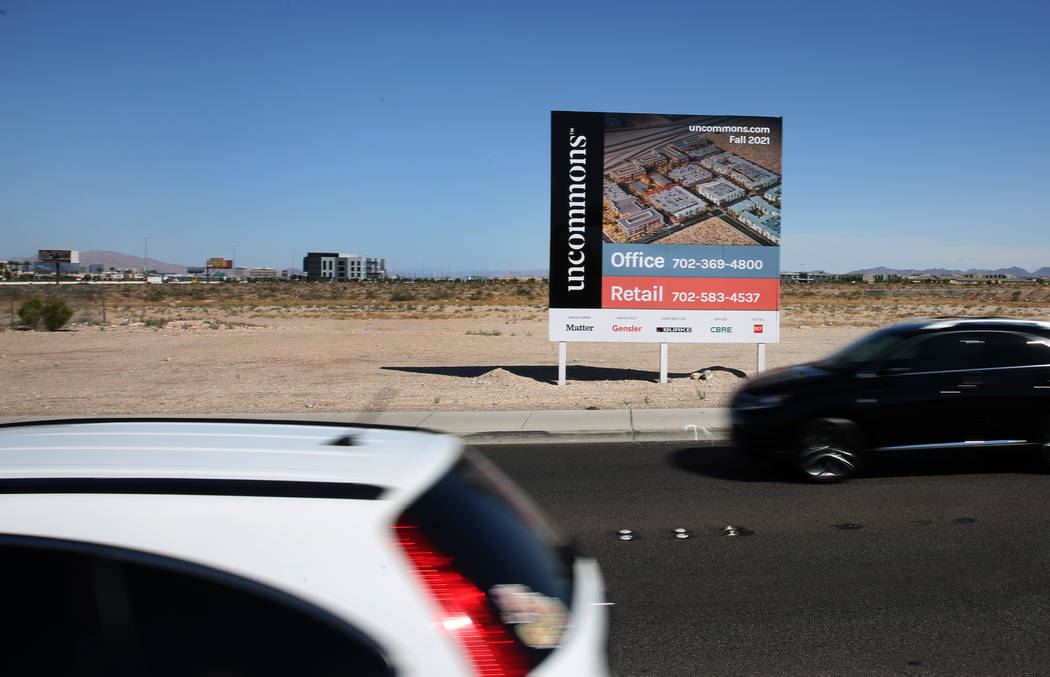 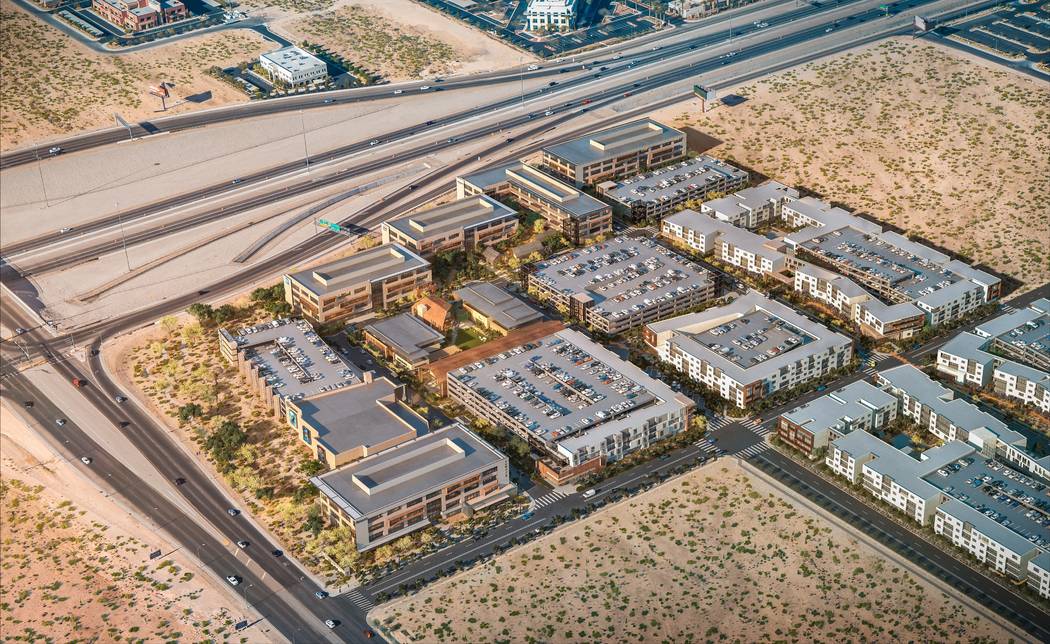 The developer of a big Las Vegas project that promises offices, apartments and food and beverage spots has obtained construction funding.

Matter Real Estate Group recently obtained a $150 million loan from Mosaic Real Estate Investors to help pay for UnCommons, a mixed-use project at the southeast corner of Durango Drive and the 215 Beltway in the southwest valley, property records show.

Matter partner Jim Stuart said his group aims to break ground in March and open the first phase, comprising the bulk of the roughly 40-acre, $400 million project, in the fall of 2021.

“There’s nothing holding us back at this point,” Stuart said.

Las Vegas’ construction market, after getting all but wiped out during the Great Recession, has gained momentum over the past several years with new housing tracts, apartments, warehouses and other projects. But newly designed mixed-use projects with big blocks of different uses, such as UnCommons, have been missing.

Stuart said it’s hard to pull off a mixed-use venture. Developers have to create “a level of authenticity and familiarity” so it doesn’t feel contrived, and he acknowledged that complicated projects with multiple uses are tougher to finance.

He noted his group went on a capital-raising roadshow that lasted four to five months and involved presentations to investors from Los Angeles to New York.

Matter, which has been developing warehouse projects around the Las Vegas Valley, announced plans for UnCommons in February. Clark County commissioners approved project plans in June.

His company announced Tuesday that the project had secured construction financing.

Alex Ovalle, head of originations at Mosaic, told the Las Vegas Review-Journal that it’s easier to build something to an existing design standard and easier to finance a project that doesn’t have the complexity of a mixed-use development.

But the southwest valley has grown fast in recent years, and Ovalle, pointing to the section known in real estate circles as “the curve,” where the Beltway curves. He said he believes the area will supplant conventional office markets such as Summerlin and the Hughes Center in the next five to 10 years.

Plus, to compete for talent, employers need offices that appeal to workers by having space that fosters better communication and is close to retail, food and entertainment options, according to Ovalle.

The size of UnCommons is “daunting,” he said, but it needs to be big to attract corporate tenants that his group believes will want to move there.

In the 2000s, before the economy crashed, developers set out to bring urban-style experiences to the valley’s suburbs with mixed-use projects such as Tivoli Village and the District at Green Valley Ranch — pedestrian-friendly outposts with shopping, dining and offices.

But like countless other projects in town, mixed-use ventures ran into problems when Las Vegas’ bloated real estate bubble burst, including foreclosure or outright abandonment.

During the boom years, Stuart, through his old firm Centra Properties, teamed with Florida partners to develop Town Square Las Vegas. The 100-acre retail and office complex south of the Strip opened in 2007 but went into foreclosure in 2011 after the market cratered.

Stuart has said that Lehman Brothers planned to issue a roughly $500 million mortgage for Town Square that would have let the developers pay off their construction lenders. But the New York investment giant collapsed in 2008, helping spark the U.S. financial crisis, and never issued the mortgage.