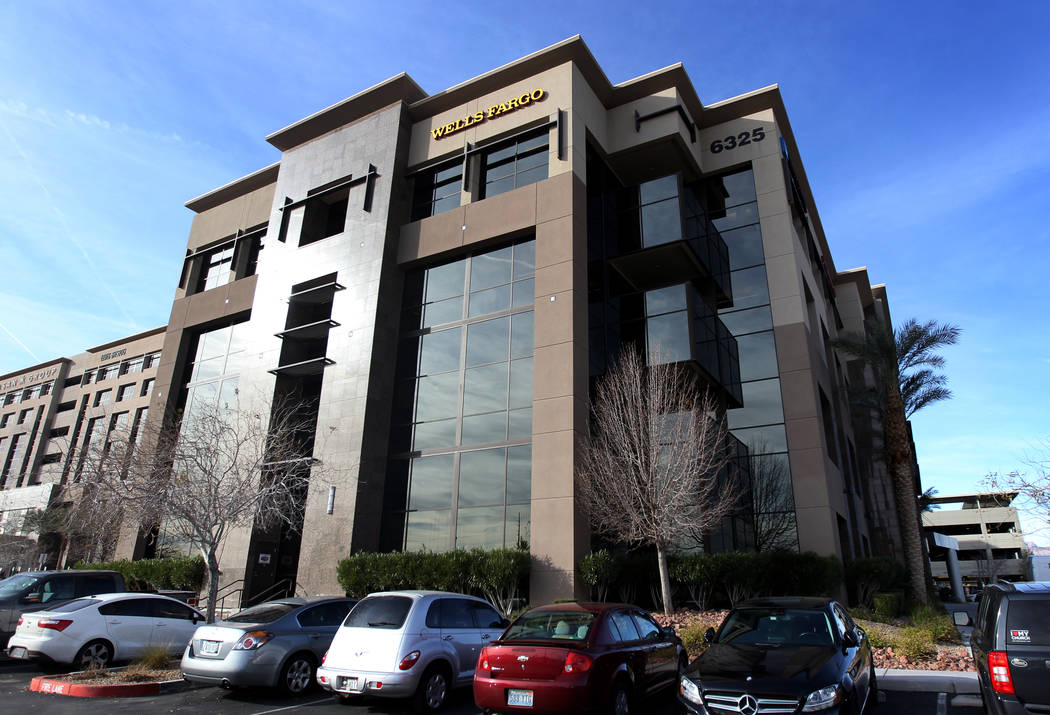 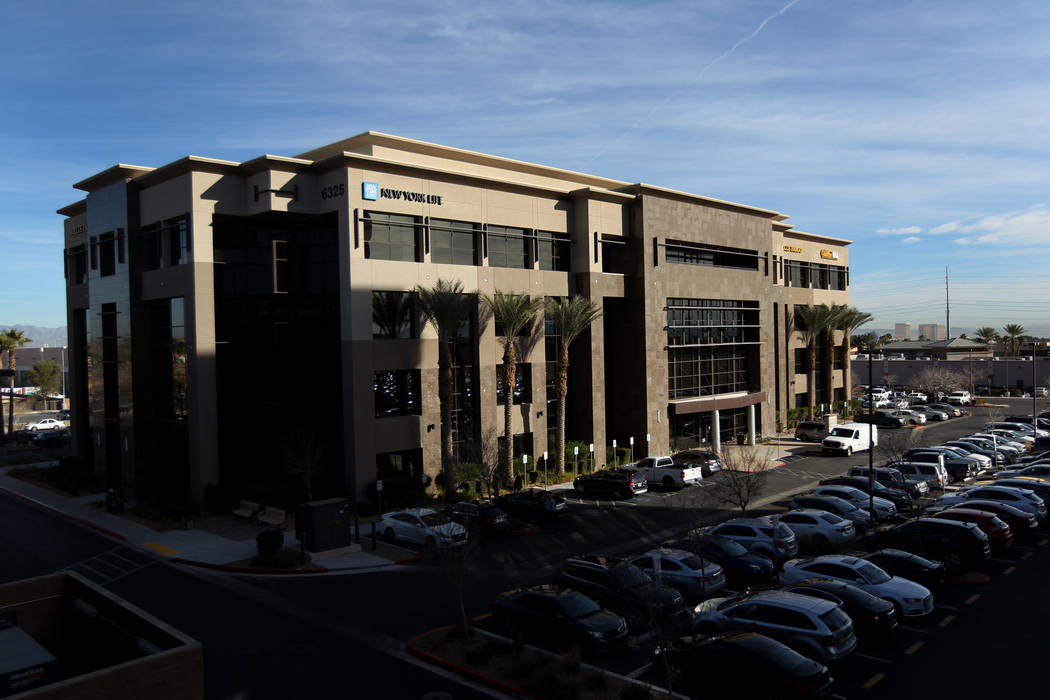 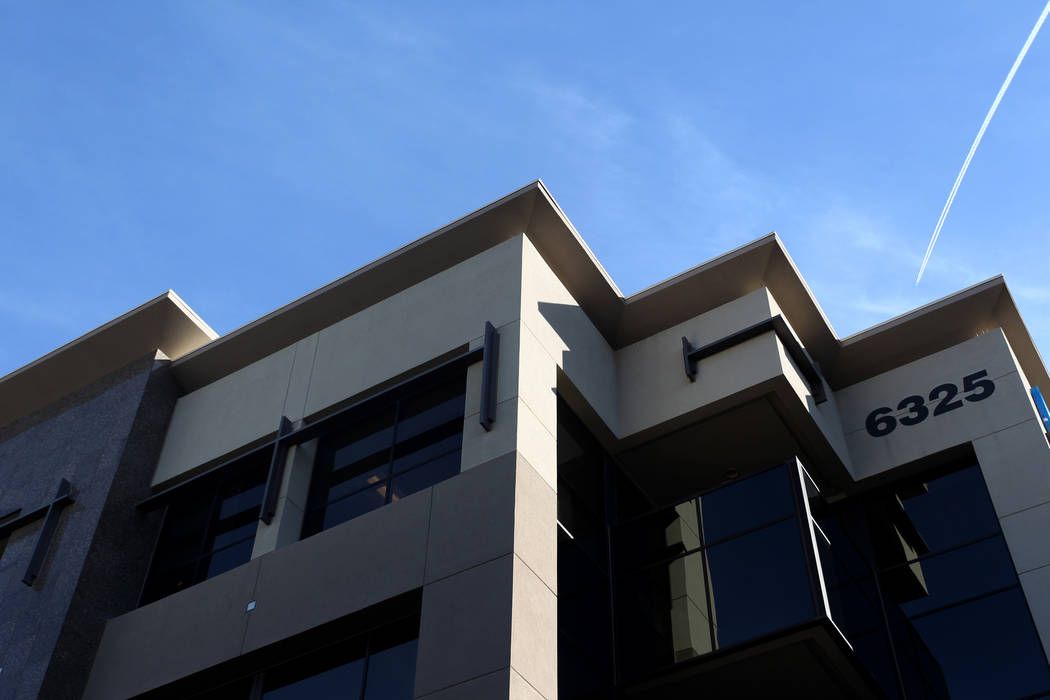 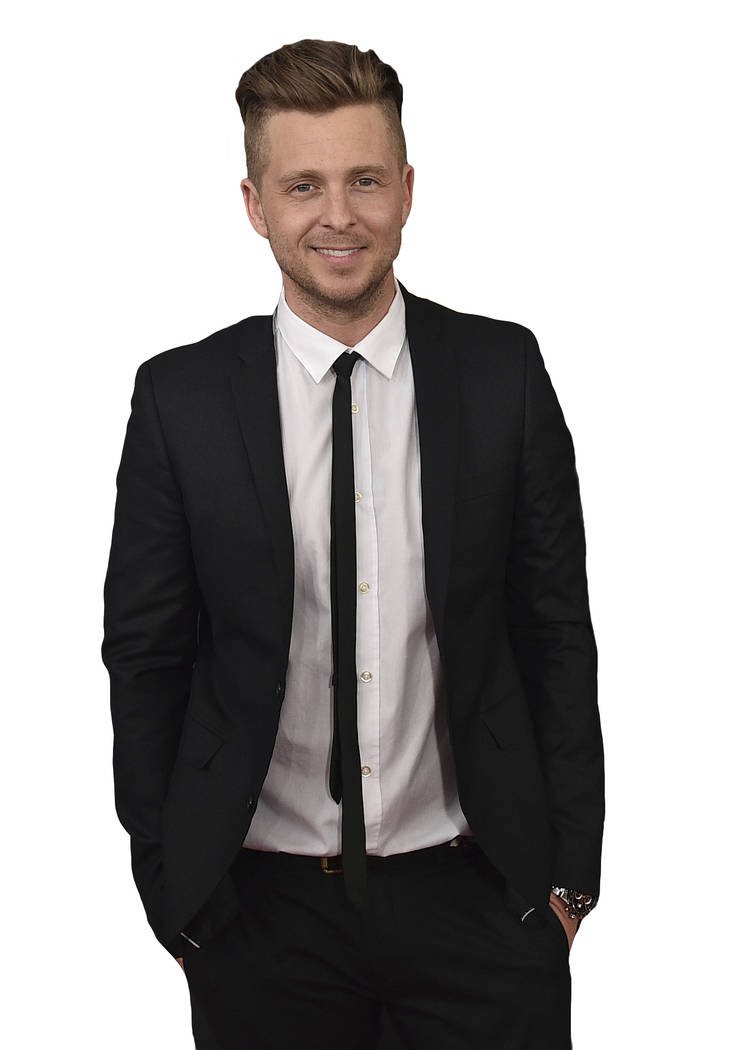 Ryan Tedder arrives at the 59th annual Grammy Awards at the Staples Center on Sunday, Feb. 12, 2017, in Los Angeles. (Photo by Jordan Strauss/Invision/AP)

OneRepublic frontman Ryan Tedder is known for belting out such hits as “Apologize” and “Stop and Stare.”

Tedder led a group that acquired a four-story, roughly 105,000-square-foot building at Rainbow Boulevard and Post Road in the southwest valley, according to New York broker Keith Kantrowitz, who represented the buyers and invested in the deal. 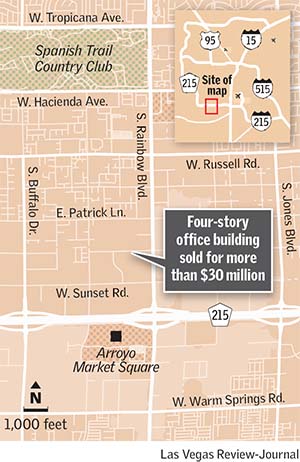 Compared to other types of commercial real estate in town, Las Vegas’ office market has been slower to recover from the recession. It still grapples with a high vacancy rate, but Tedder’s purchase comes amid tight availability for higher-quality space in the southwest valley and a rising tally of office-building sales in Southern Nevada.

When WGH acquired the building out of foreclosure after the market crashed, it was less than 10 percent occupied, with one tenant, according to Sun Commercial Real Estate owner Cathy Jones, who represented the bank that sold it as well as WGH in last week’s deal.

In a phone interview, Kantrowitz said he represents “a lot of Hollywood people” who look around for investments to generate income after they retire. He said the Rainbow building caught his group’s attention because of the construction quality, the tenants and the close proximity to the 215 Beltway.

He said he has represented this group on other projects and that Tedder is the Rainbow building’s majority owner.

Tedder, OneRepublic’s lead singer, is also a Grammy-winning songwriter and producer who has worked with Taylor Swift, Adele, Beyoncé, U2 and others, according to his band’s PR firm, Edge Publicity.

The Rainbow building was constructed in 2007. U.S. Bank foreclosed in early 2011 and sold the building, along with a nearby 1.5-acre lot, later that year to WGH for $10.5 million, property records show.

WGH co-founder Benjy Garfinkle said the building has been near full occupancy for the last few years. As he sees it, the market is “underserved” with Class A space, and he’s looking to build more.

Garfinkle said he has designs for a four-story, 100,000-square-foot, steel-and-glass building that he wants to develop in the southwest valley. He doesn’t have tenants lined up, nor has he finalized a project site, but he said that if he could line up a sizable tenant, he could break ground in nine months.

Jones, of Sun Commercial, noted the office market has been slow to bounce back from the recession, but business has picked up.

“It’s been a good, steady turnaround,” she said. 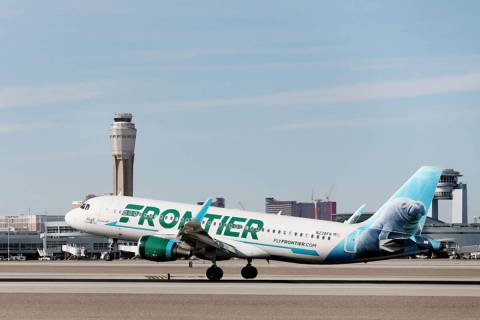