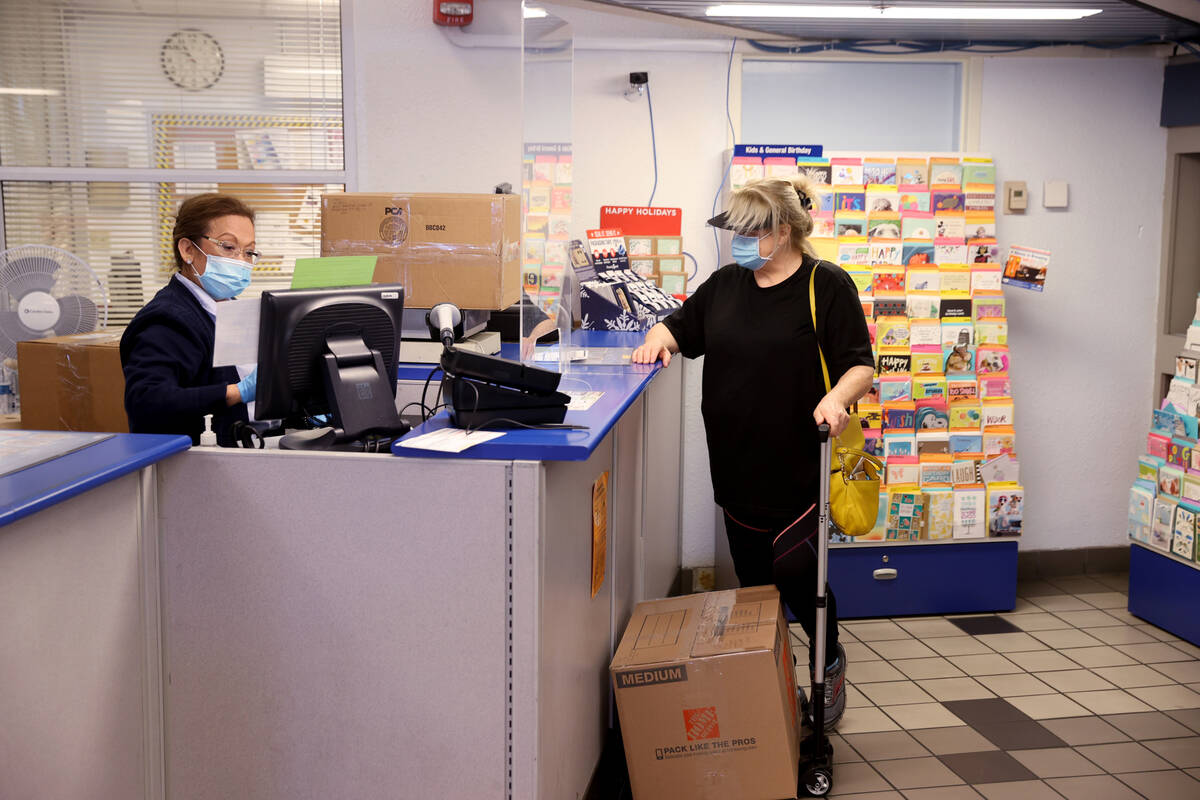 Various pinches in the supply chain may affect the holiday shopping season, and shippers and retailers are rushing to address the disruptions.

Emblematic of the problem are the dozens of cargo ships forced to idle along Pacific coast ports, said Bryan Wachter, director of public and government affairs for the Retail Association of Nevada.

The disruption is so significant that the federal government is now stepping in. On Wednesday, federal officials and major U.S. retailers announced a plan to run the ports of Los Angeles and Long Beach around the clock for the next 90 days to alleviate congestion, while major retailers agreed to expand their working hours. The Port of Long Beach has been running 24/7 for several weeks.

“This supply chain crisis is hurting businesses and consumers alike, leading to inflation and shortages of key supplies,” Suzanne Clark, president and CEO of the U.S. Chamber of Commerce, said in a statement. “Coupled with massive labor shortages, this is a major threat to our fragile economic recovery and long-term competitiveness.”

The Retail Association of Nevada is cautiously optimistic about Wednesday’s announcement, Wachter said. He said retailers are glad to hear the problem being addressed, but worry other challenges, like labor, will trip up the supply chain’s speed.

“We’re optimistic about this, but we’re a little cautious because there are so many different bottlenecks currently in the supply chain that it’s going to take all of these groups coming together,” he said.

Unusual activity in the supply chain can be identified in multiple spots, he said. For instance, retailers may normally begin ordering their holiday inventory in August. This year, some retailers began in the spring, Wachter said.

Additionally, cargo units that normally take one to two months to ship for about $4,000, could now cost an extra $20,000 and take four to six months. Retailers are left to pay that cost — if they can.

At Pedego Bikes in Summerlin, owner Jordan Clark said he hopes more power at the ports will help normalize inventory and the prices his electric bike store has to absorb. He’s taken to buying more popular accessories than usual when they’re available just to have them on hand.

Clark planned ahead to have multiple models available through Christmas, he said. But in some cases, popular bike models like the Trike will sell out soon after a shipment arrives and the store will have to wait longer for more.

“From a cost perspective, that’s a huge angle,” he said. “We haven’t changed costs, but the price of shipping has gone up tremendously. We would definitely like (more diverse inventory).”

The result could be prolonged shipping, and therefore shopping, for consumers, particularly those using e-commerce. FedEx, UPS and the U.S. Postal Service all recommend anyone shopping online for the holidays to order products earlier than they may normally.

“E-commerce continues to radically reshape how both B2C and B2B companies serve their customers,” UPS spokesman Steve Nagata wrote in an email. “Additionally, the COVID-19 pandemic accelerated many e-commerce trends faster than expected so we expect continued supply chain pinches across the entire industry. Capacity is not unlimited in the industry or at UPS, making it more important than ever for consumers to shop early and ship early.”

But you don’t need to rush to the nearest toy store or Target just yet. Wachter doesn’t expect a shortage of all goods. Instead, consumers can expect a more limited range of goods. For instance, a toy may be marketed in six different colors, but a store could have only one or two colors in stock.

“There may be less customization choice, but we’re confident that we’re getting product in daily and that we’ll be able to meet the needs of the community,” he said. “But maybe just not to the extent that some folks may have been used to in the past.”