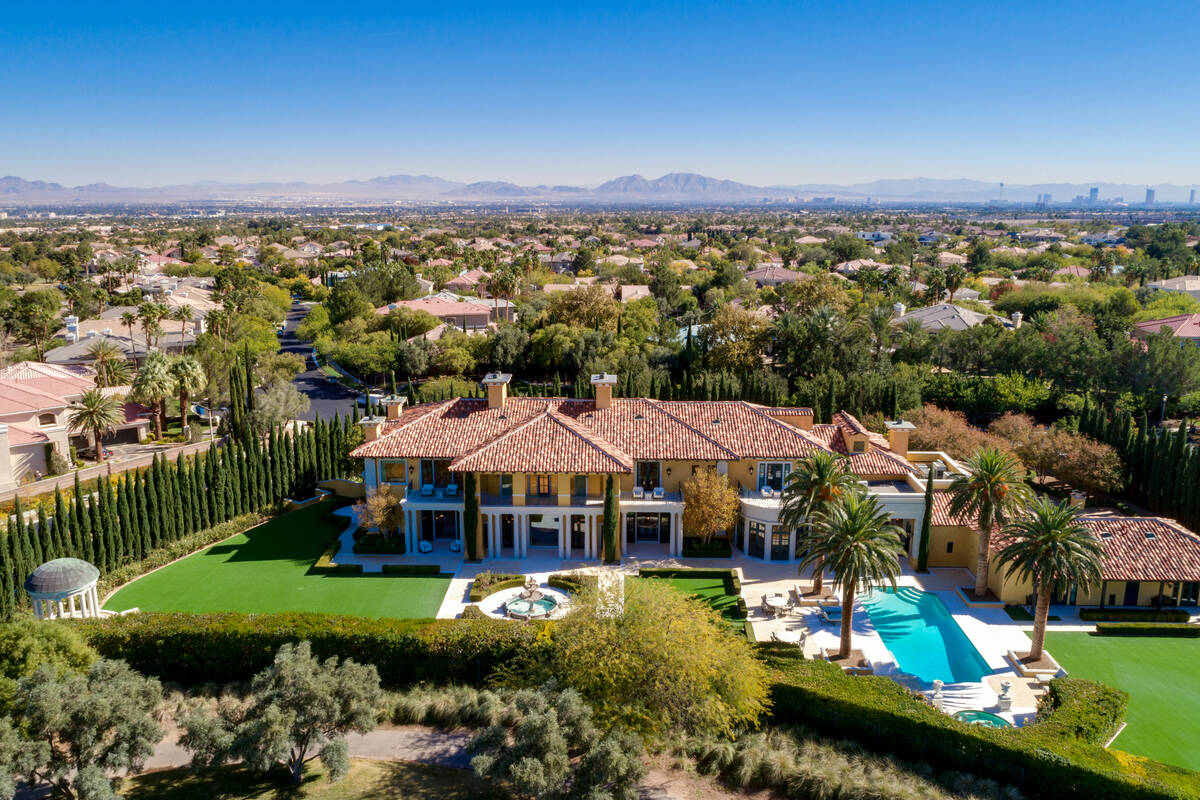 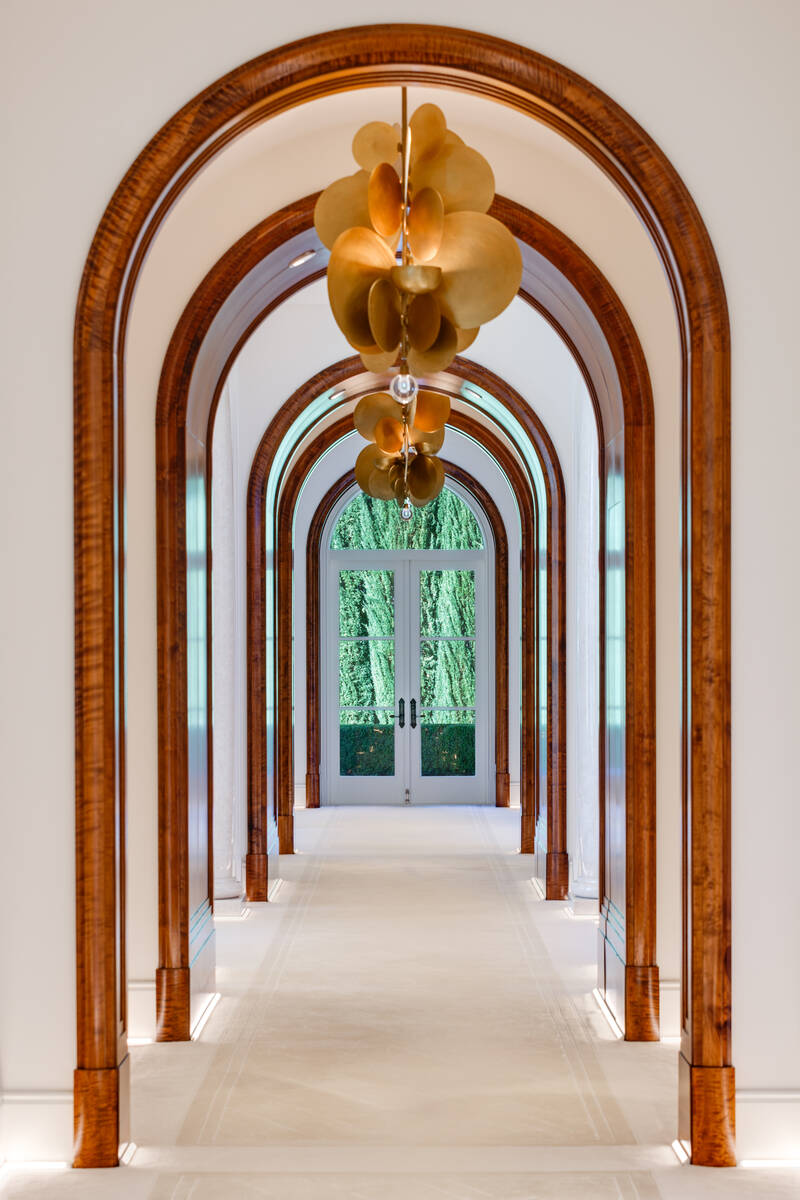 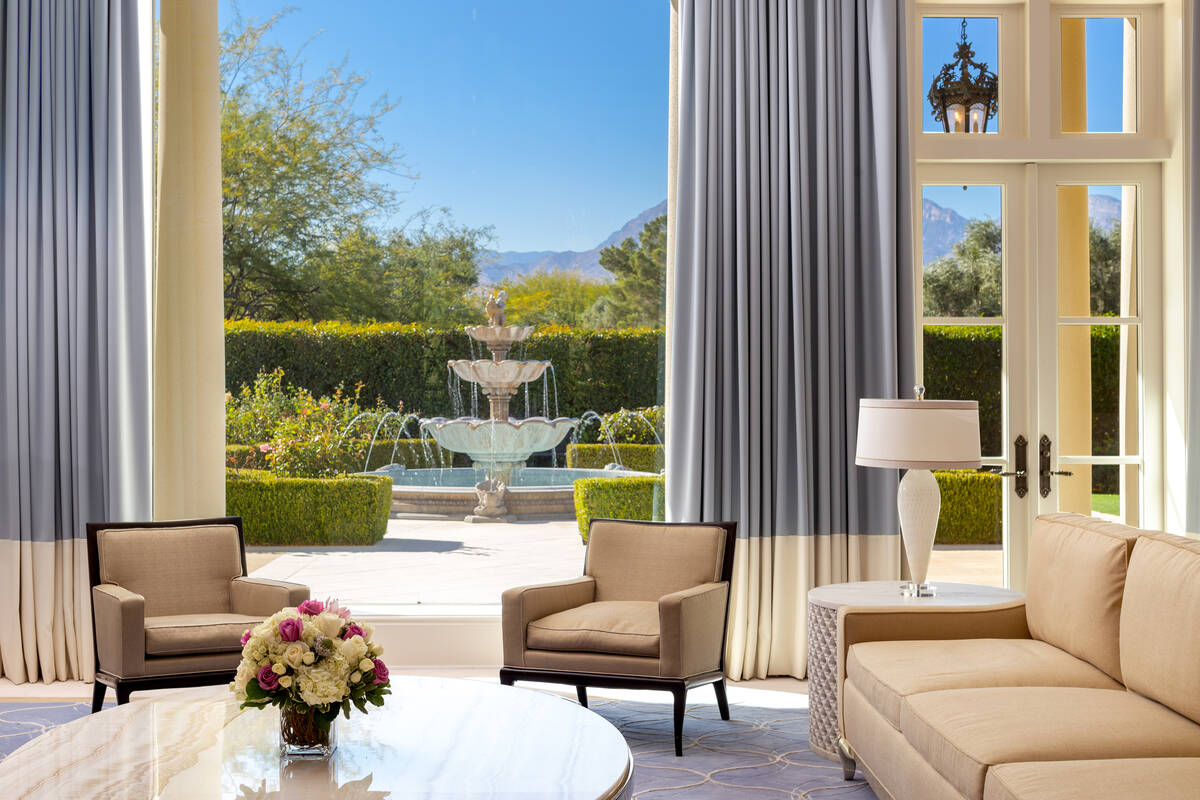 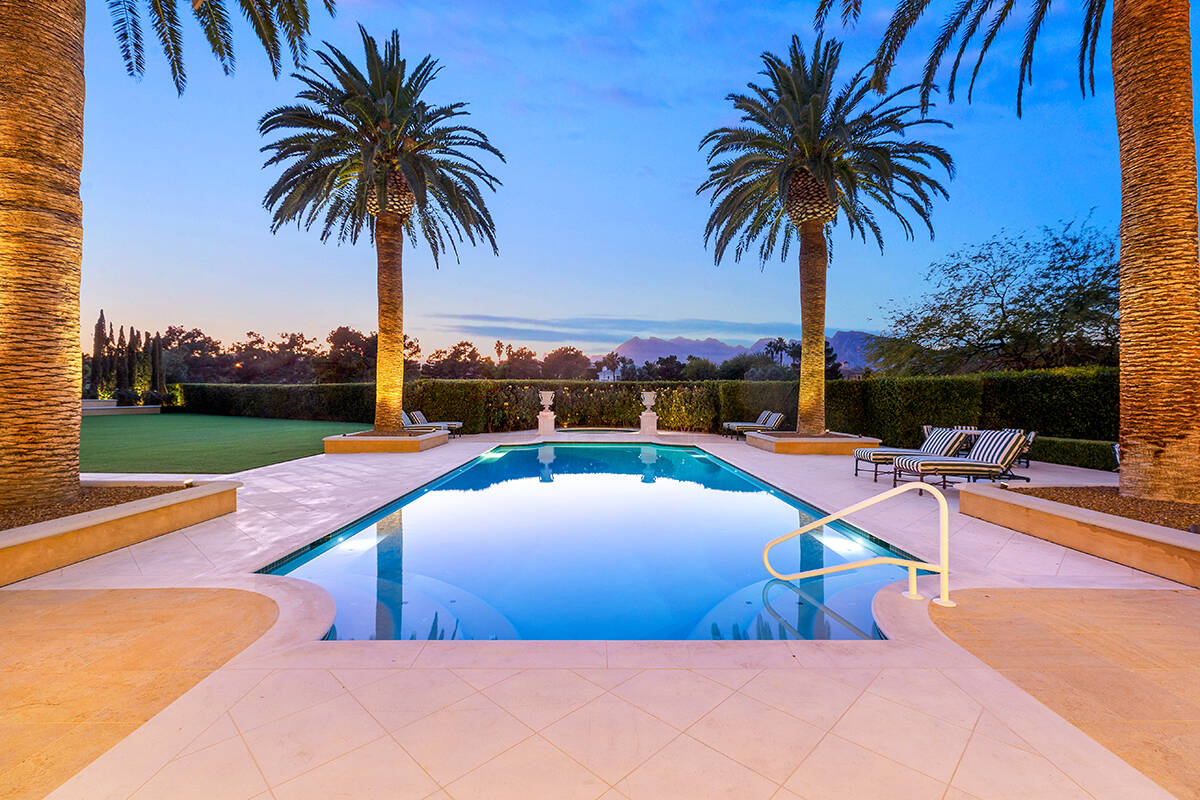 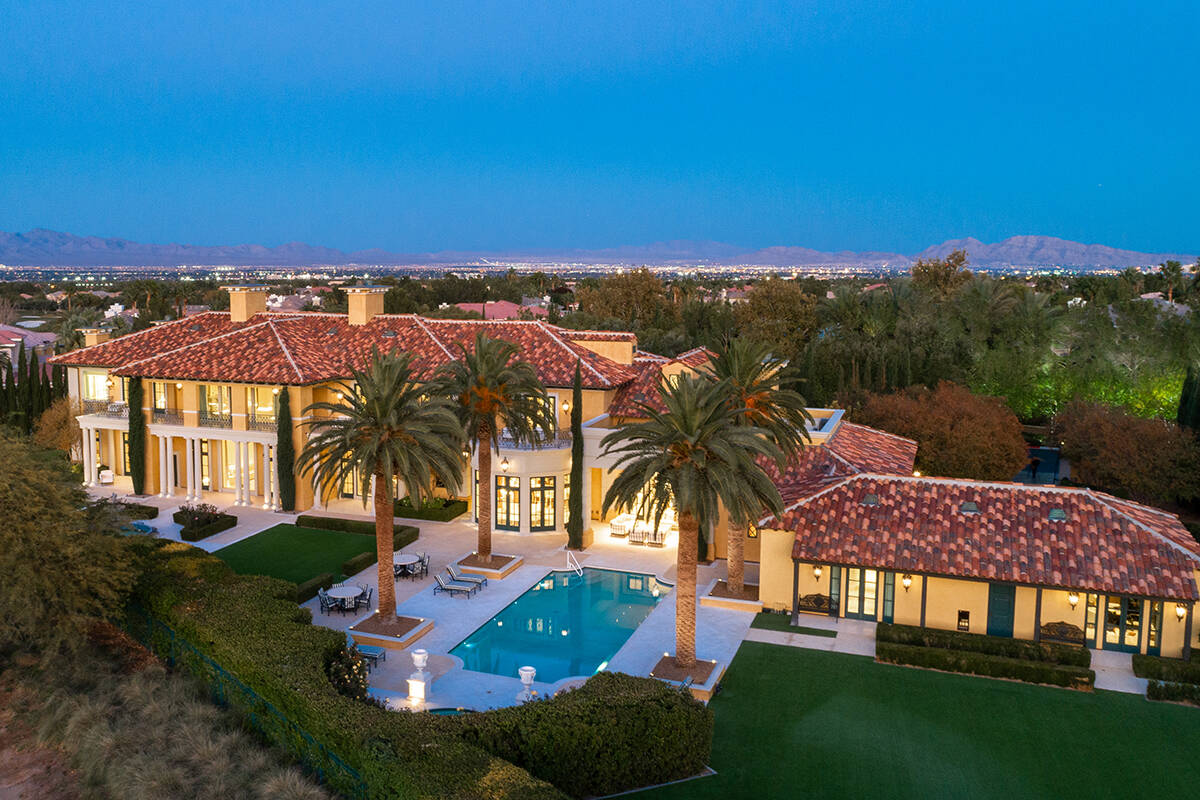 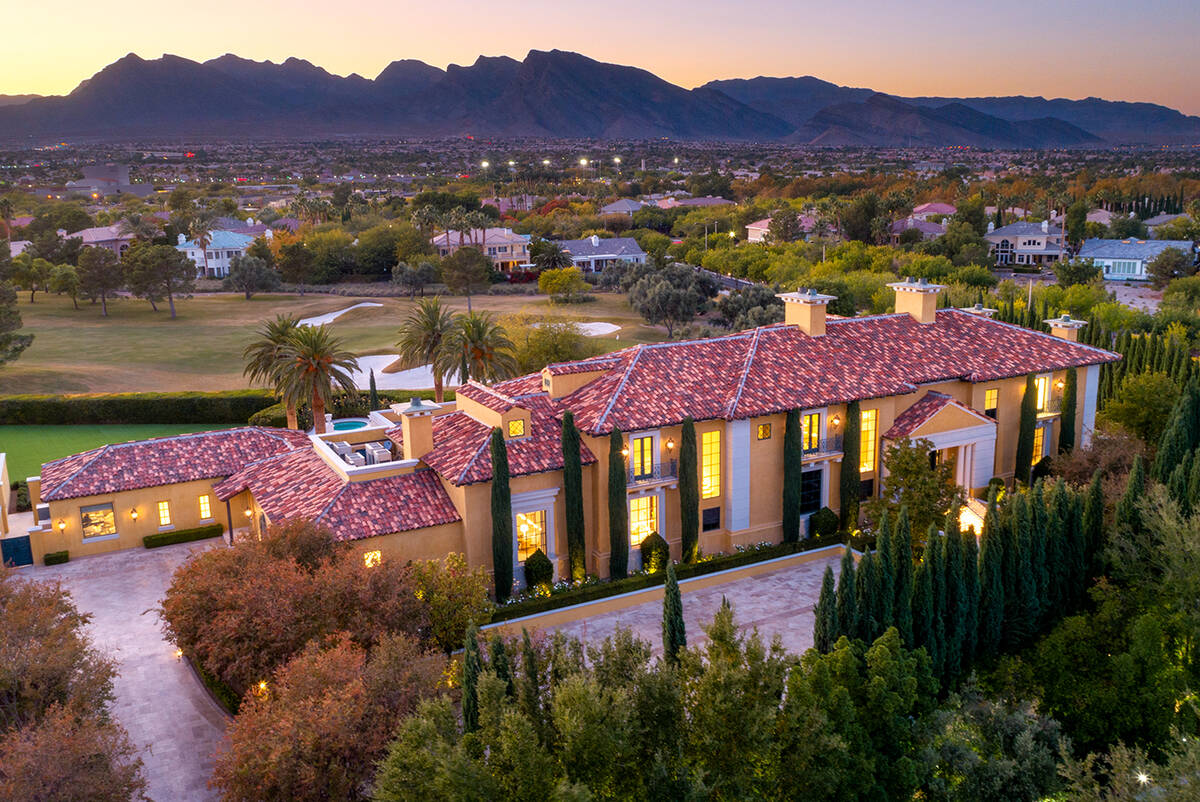 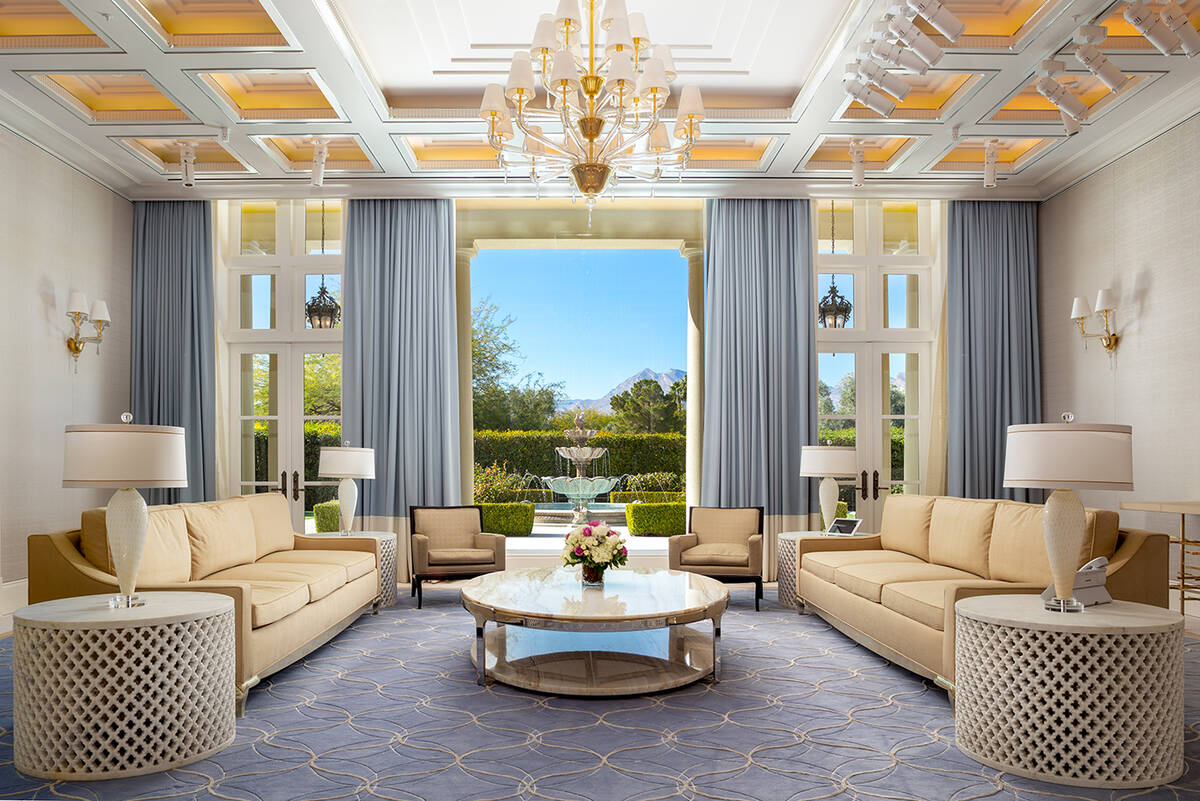 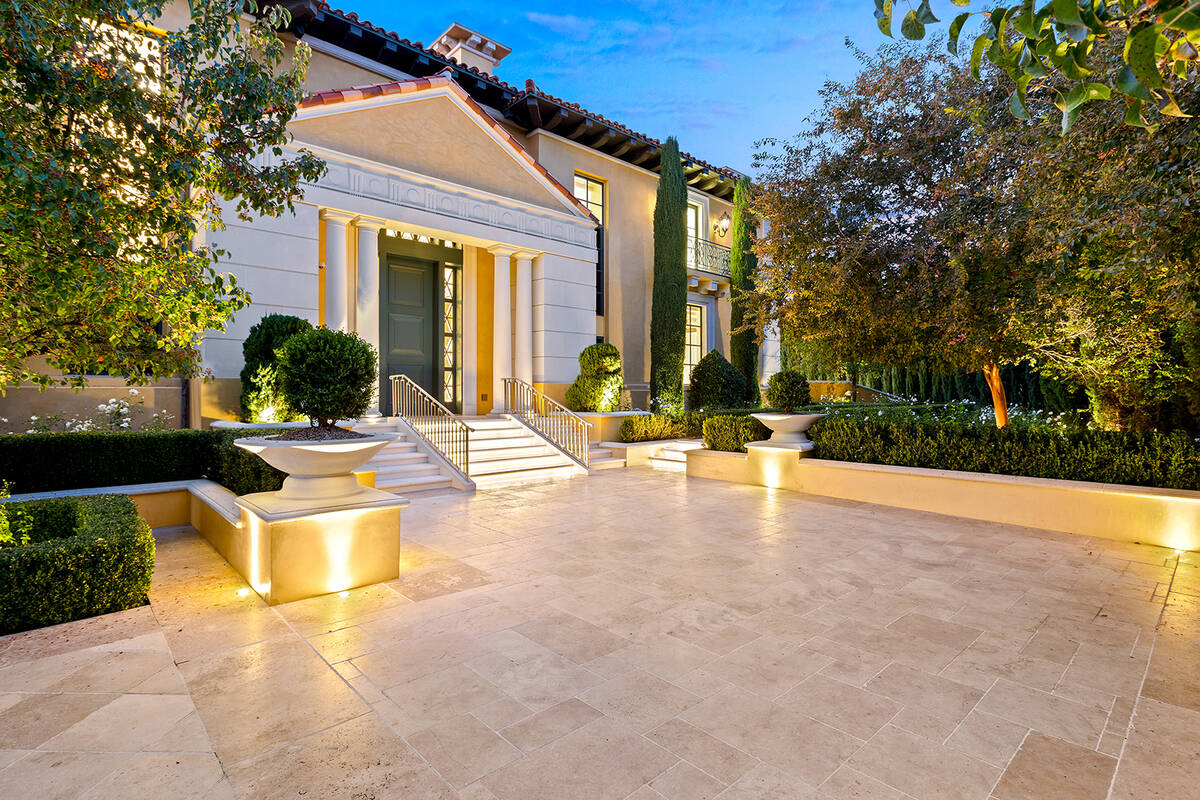 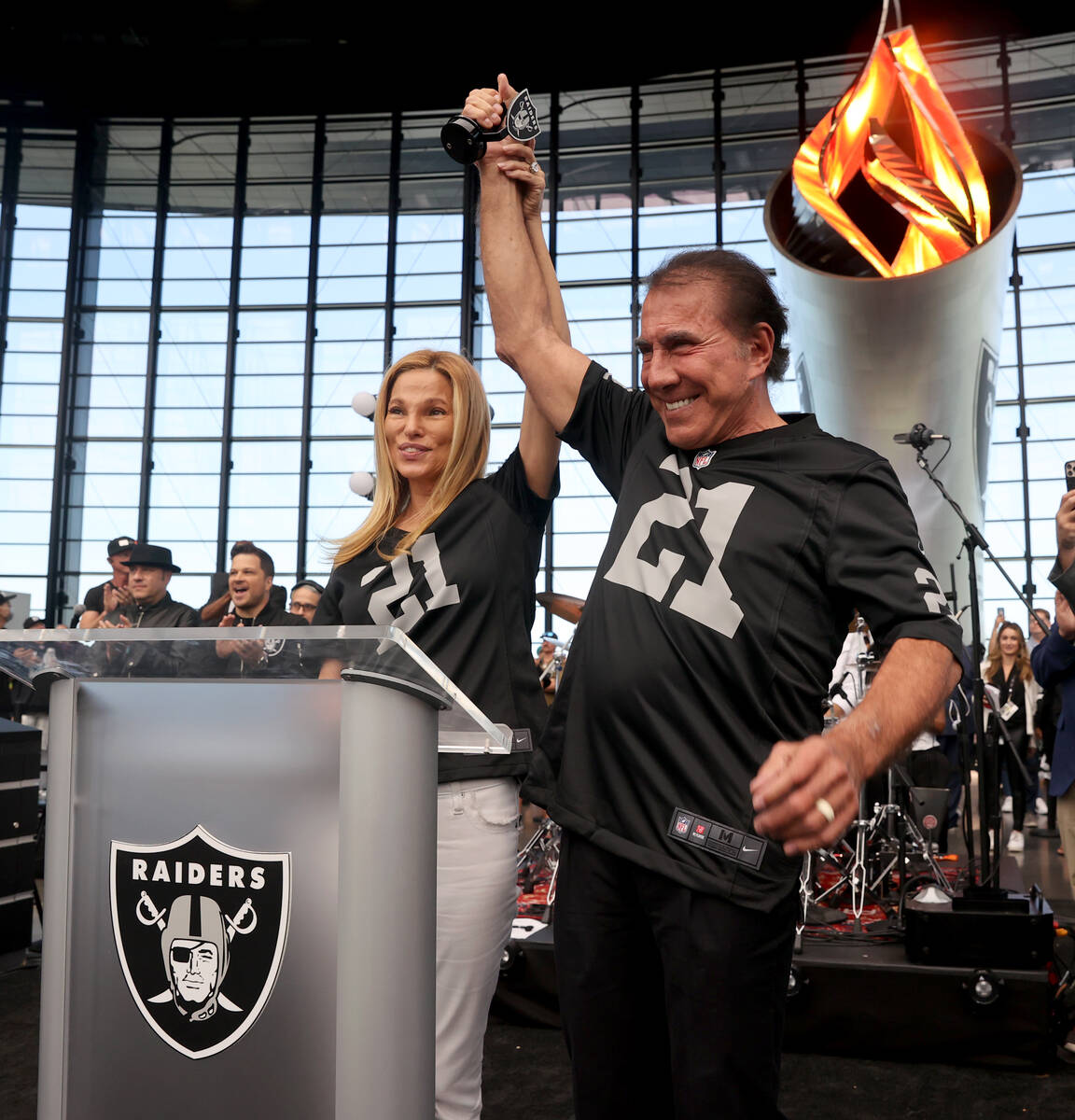 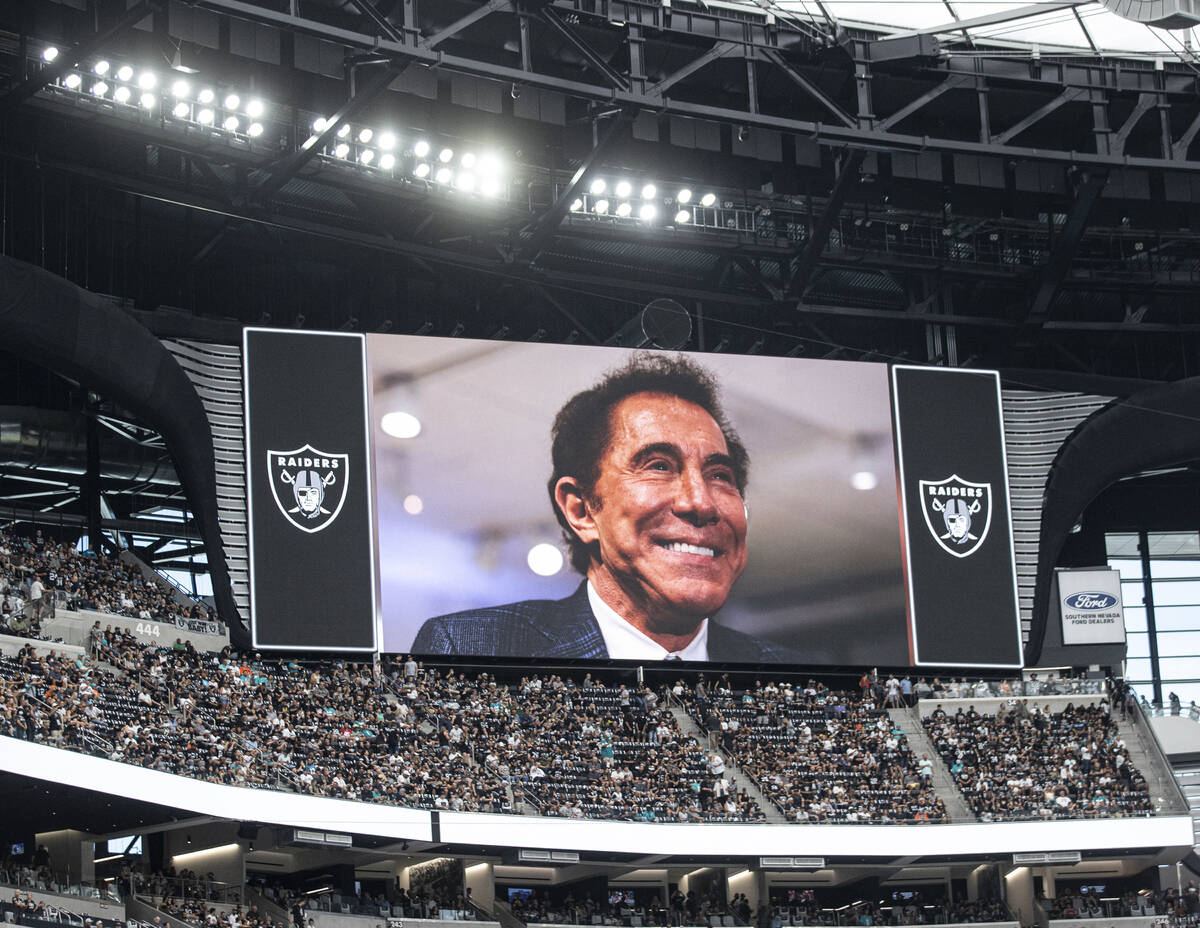 Steve Wynn is honored before the start of an NFL football game between the Raiders and the Miami Dolphins on Sunday, Sept. 26, 2021, at Allegiant Stadium, in Las Vegas. (Benjamin Hager/Las Vegas Review-Journal) @benjaminhphoto

Steve Wynn’s mansion in Las Vegas is back on the market.

The billionaire former casino developer’s house in the Summerlin community was put up for sale Monday at $24.5 million, listing sites show.

The opulent estate at 1717 Enclave Court, near Town Center Drive and Summerlin Parkway, spans 15,000 square feet and includes an art room, a crystal staircase, silk carpets and marble pillars, according to listing materials.

The six-bedroom, 11-bathroom house sits on a 1.4-acre lot along the TPC Summerlin golf course.

Wynn bought the place in 2018 for $13 million, property records show. It went up for sale in June 2020 at $25 million, with the listing brokers saying the home had recently undergone a $16 million renovation.

The asking price dropped to $19.5 million last December, and the offering was removed altogether in March, its listing history on Zillow indicates.

Current listing agent Kristen Routh-Silberman, a luxury-home specialist with Corcoran Global Living, could not be reached for comment Tuesday.

It’s not the only home Wynn has been trying to sell. His 11-bedroom, 27,150-square-foot estate in Beverly Hills, California, was listed in January for $110 million.

As seen on Zillow, the property is now priced at $115 million.

He laid the groundwork for another big development on the Strip when his company, Wynn Resorts, reached a deal in late 2017 to acquire 38 acres of land next to Fashion Show mall for $336 million. Wynn said in early 2018 that he wanted to move quickly on a project.

Days later, The Wall Street Journal reported allegations that Wynn had a decadeslong pattern of sexual misconduct. Wynn, who called the claims “preposterous,” soon resigned as chairman and CEO of his company, citing “an avalanche of negative publicity.”