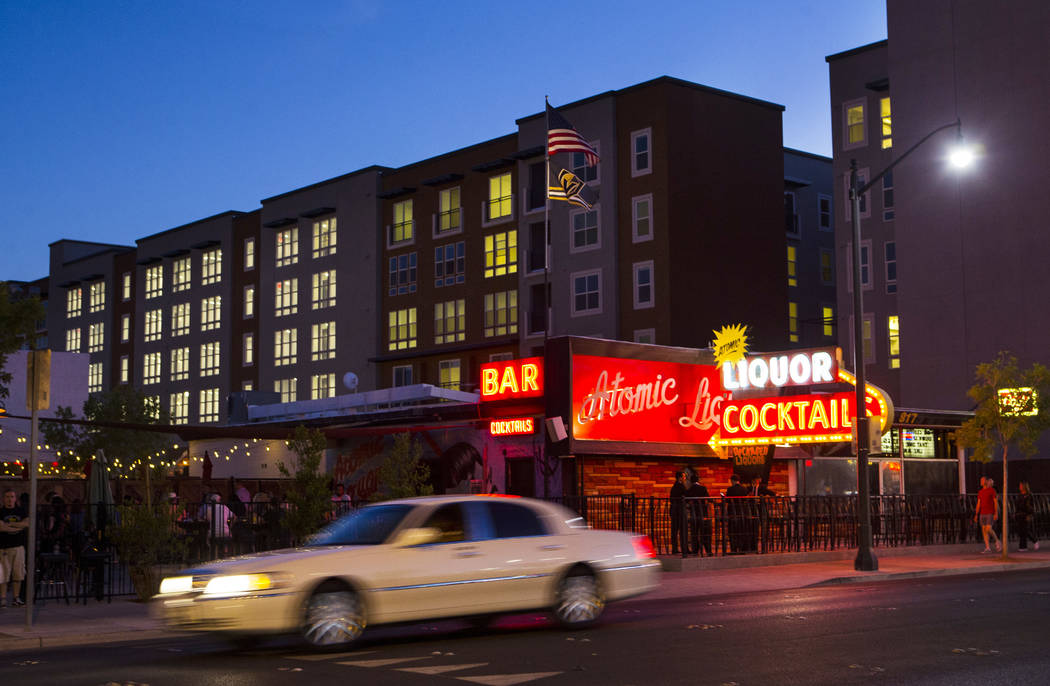 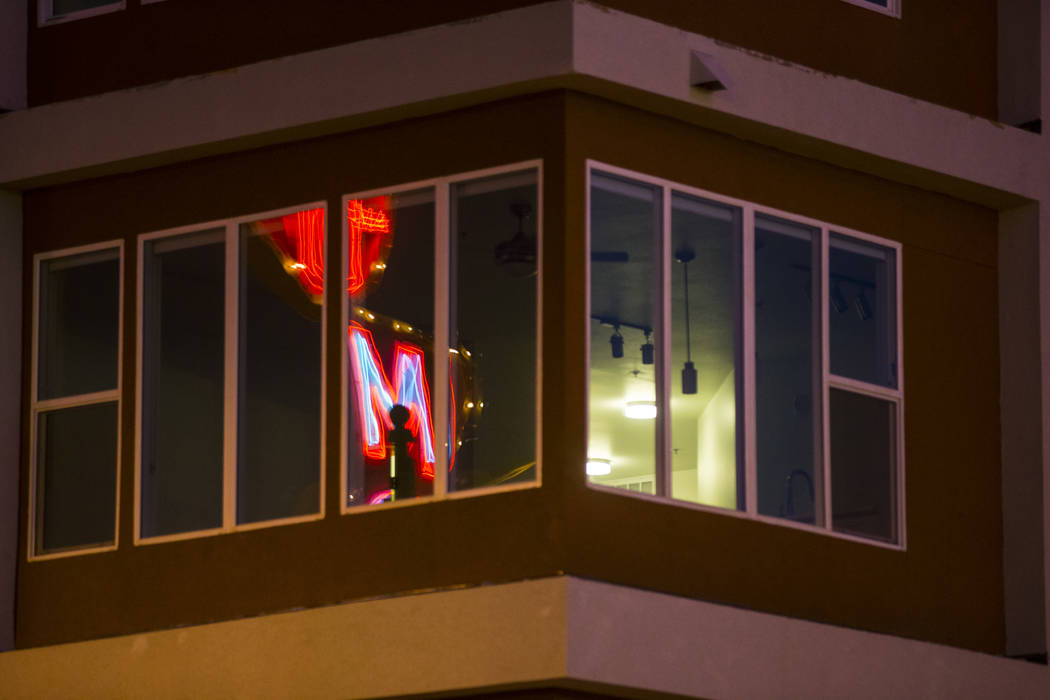 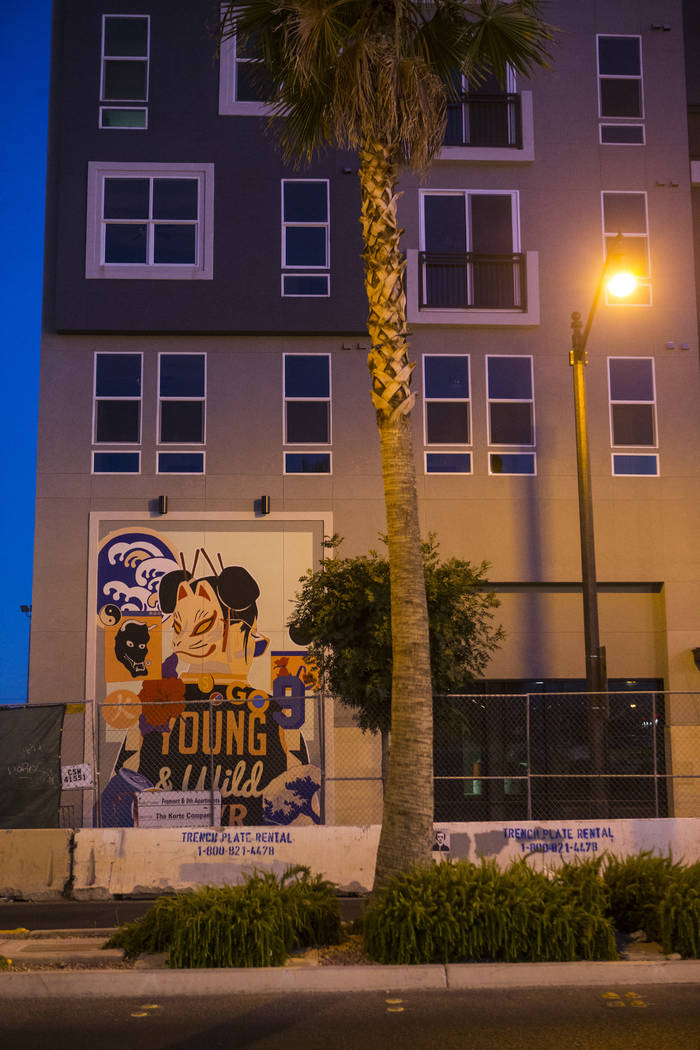 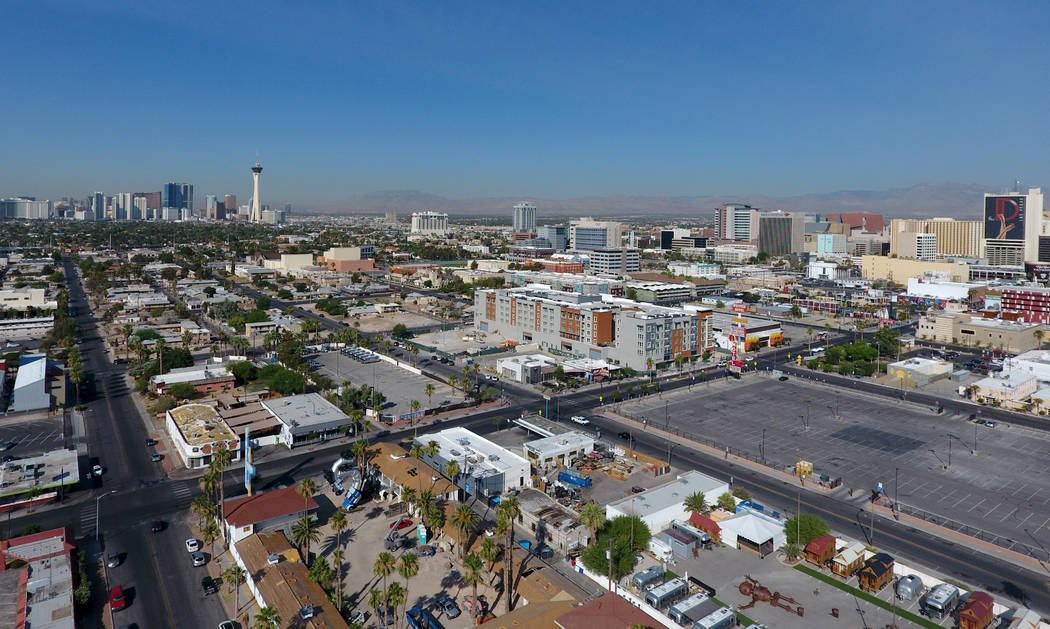 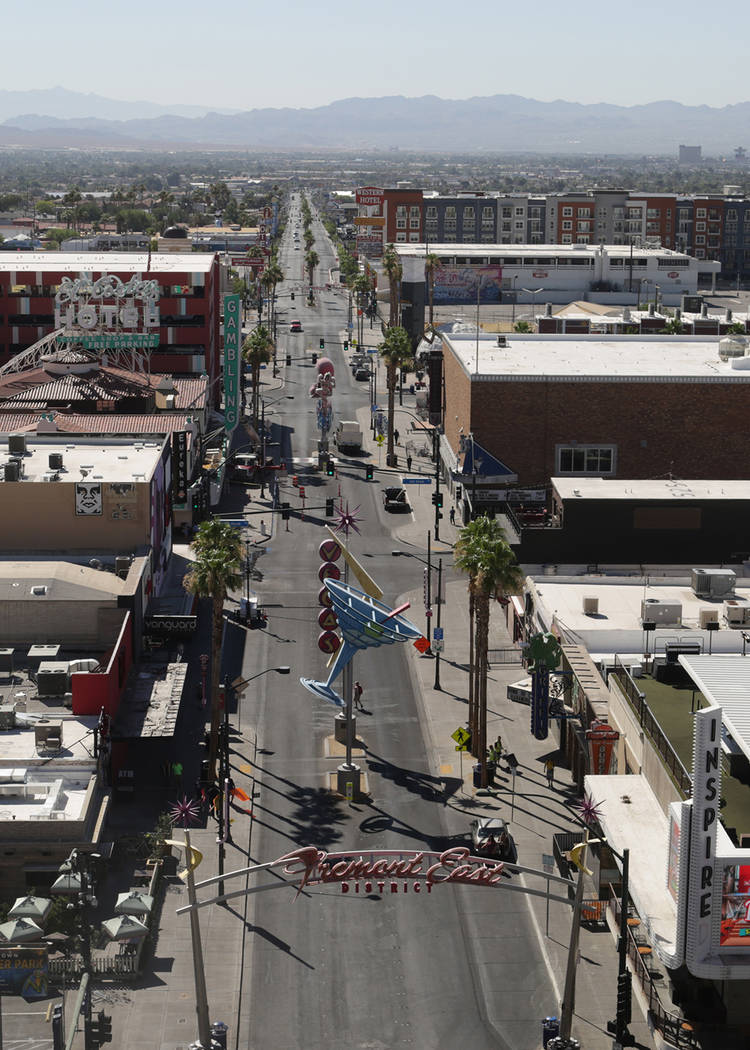 A view of Fremont Street East as seen from the top of the Slotzilla zip line at the Fremont Street Experience on Thursday, June 21, 2018. Michael Quine Las Vegas Review-Journal @Vegas88s

With downtown Las Vegas slated to get its first big new rental complex in years, other developers are also looking to do projects in the once-neglected area.

But don’t expect a surge of big buildings anytime soon, industry professionals said, because despite downtown’s revival and the valley’s heated apartment market, downtown is still a tough place to build.

“No question the primary residential development is in the suburbs,” said Tom Schoeman, a partner on The Benjamin, a mixed-use project being built downtown. “But there is quite a bit of interest.”

Fremont9, a five-story, 232-unit apartment complex being built at Fremont and Ninth streets, is set to open in mid- to late-August, more than a year behind schedule. Some smaller projects are also under construction downtown and others are on the drawing board, but if Fremont9 leases up quickly, more development is likely to follow, real estate pros said.

Las Vegas’ apartment-construction boom has been heavily concentrated in the suburbs amid an array of obstacles downtown. Land prices there are expensive, the parcels are smaller, and it’s harder to assemble project sites because of fractured ownership of city blocks.

Suburban projects also are easier to finance and cheaper to build, and developers haven’t been convinced they can fetch high-enough rents downtown to make projects feasible, real estate pros said.

‘All of the downside’

Vaknin, whose group in 2013 bought almost 1,300 units in five Las Vegas properties, including downtown’s The Ogden and Juhl, said it’s “next to impossible” to get enough land downtown for large projects. What’s more, banks aren’t eager to finance such projects because downtown hasn’t had one “in a long time.”

Until now, downtown Las Vegas had “all of the downside of developing in an urban location … and none of the clear upside,” said Adam Ducker, director of urban real estate at consulting firm RCLCO.

It wasn’t obvious that developers could get better rents than in places like Summerlin, he said, and it’s “not even clear” for tenants that downtown is a better place to live.

Eric Cohen, co-founder of The Calida Group, which is among the bigger apartment developers in Las Vegas, said his company is “poking around” downtown for potential project sites. He likes the locations, but whether a project makes sense financially “is another story.”

He’s looking for a bigger site to build at a lower density and keep his construction costs down. But he said landowners all think they have high-rise sites and are seeking “crazy numbers” from prospective buyers.

It doesn’t help that parts of downtown have boarded-up buildings, vacant lots and a history of drugs and prostitution.

“Downtown’s pretty spotty,” Cohen said, and there are only “certain areas people will want to live.”

Bill Arent, the city’s economic and urban development director, said the suburbs have been “the path of least resistance” for developers, as it’s “cheaper and easier” to build there.

Overall, Las Vegas’ apartment market has heated up with increased investor purchases, higher rents and more development. As a result, land prices have “gotten so aggressive in the suburbs that developers are looking downtown,” Arent said.

Other projects being built downtown are relatively small. The Benjamin, at Bonneville Avenue and Sixth Street, will have 12 homes and 4,800 square feet of commercial space, Schoeman said.

“We’re building this project to kind of test the market to see how much depth there is,” he said.

Leading the way is Fremont9. The project, next to Atomic Liquors, is being developed by Zappos chief Tony Hsieh’s Downtown Project and Arizona-based The Wolff Co.

At its ceremonial groundbreaking in 2016, a Wolff executive said the developers aimed to finish the project in the second quarter of 2017.

Downtown Project spokeswoman Megan Fazio cited construction-labor constraints for the delays but otherwise referred comment for this story to Wolff.

A Wolff spokeswoman did not respond to requests for comment this week.

Jonathan Fore, developer of the new 295-unit Lotus apartment complex in Las Vegas’ Chinatown area, said he would “rather do another deal right across the street … than go downtown.”

But he said he thinks investors will look to build downtown after Fremont9 opens, citing developers’ “herd mentality.”

“If someone succeeds,” Fore said, “someone else will try to do the same thing and succeed as well.”