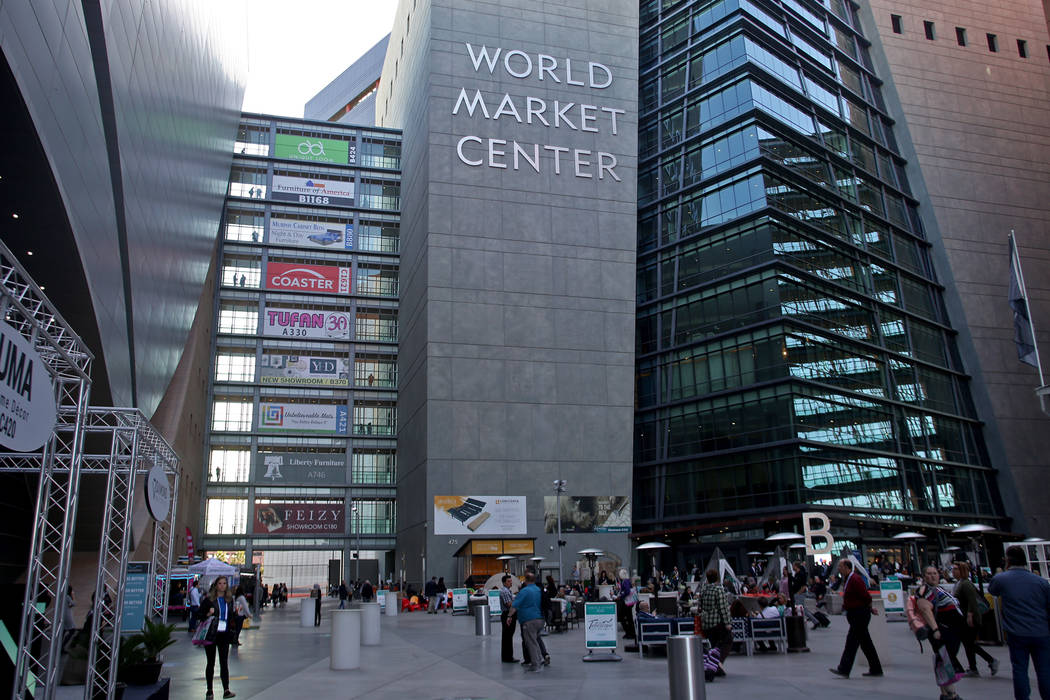 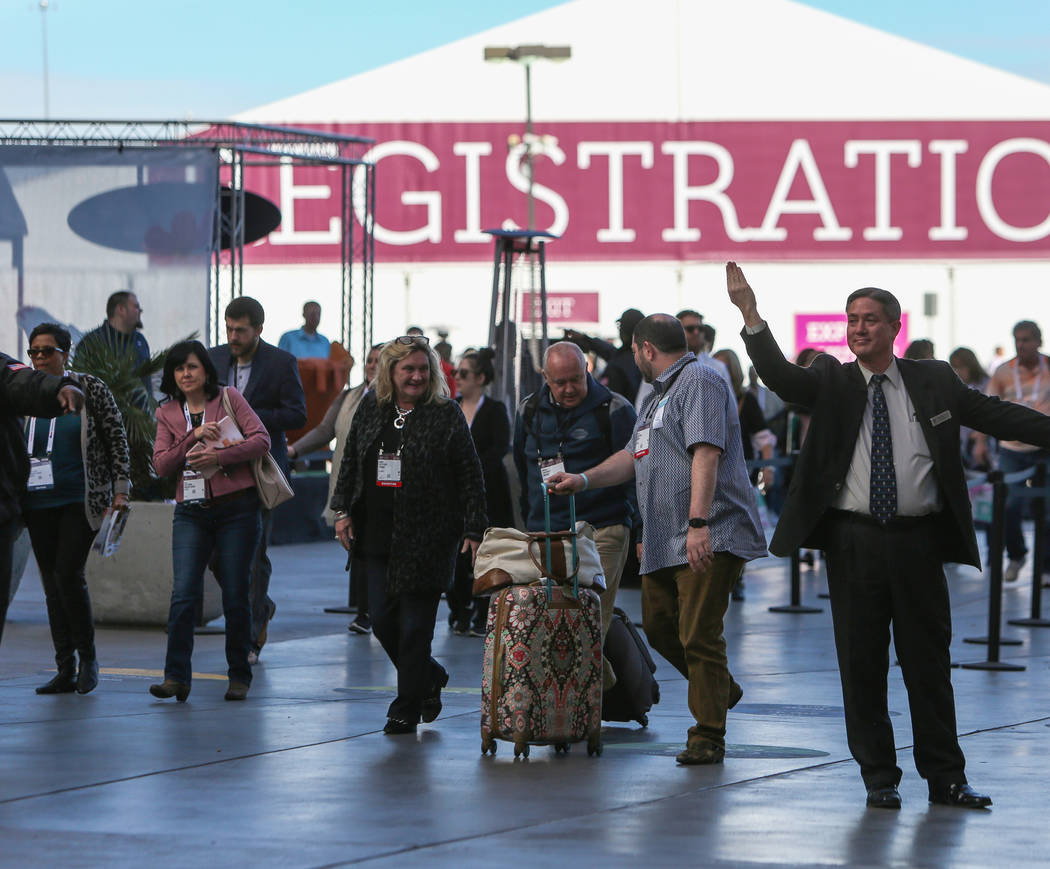 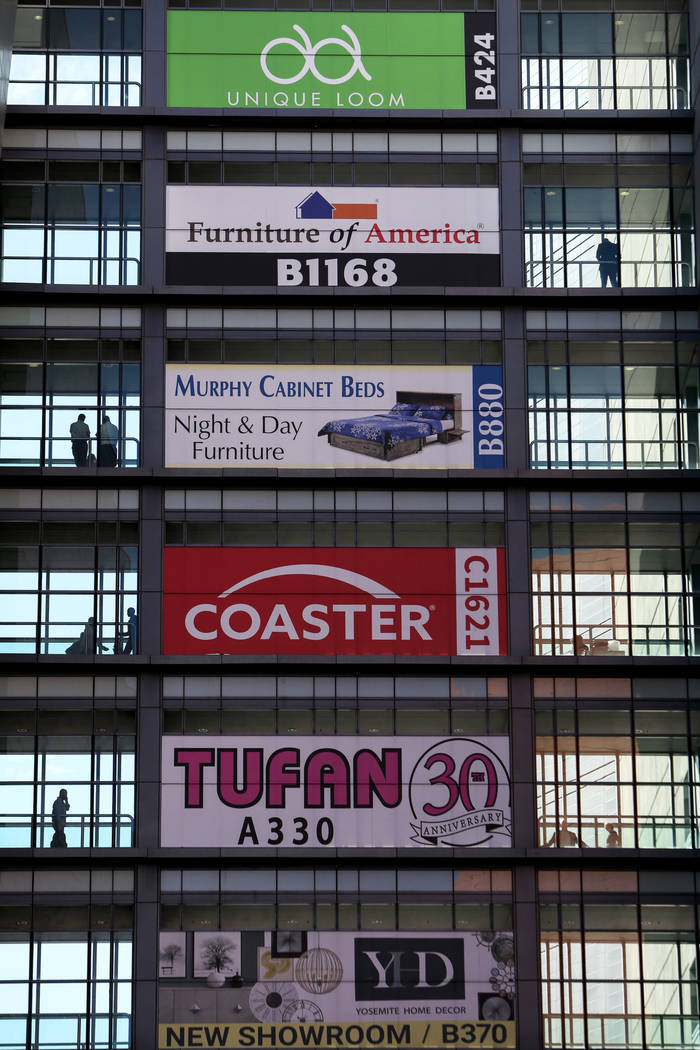 Attendees walk through a passage way between buildings during the opening day of the Las Vegas Market held at the World Market Center in Las Vegas, Sunday, Jan. 27, 2019. Caroline Brehman/Las Vegas Review-Journal 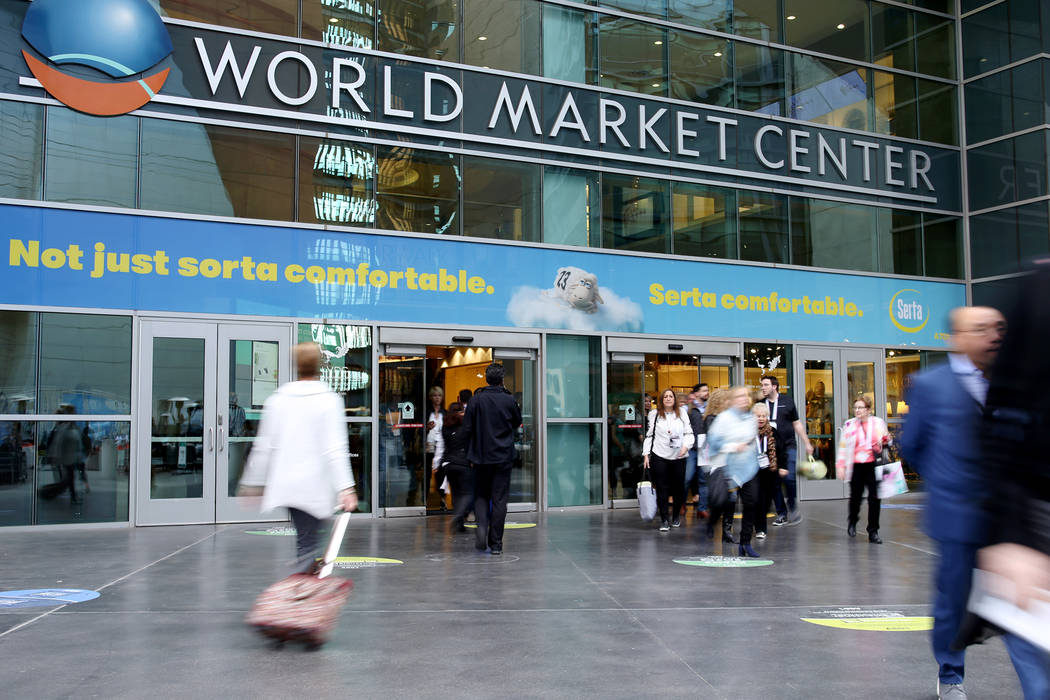 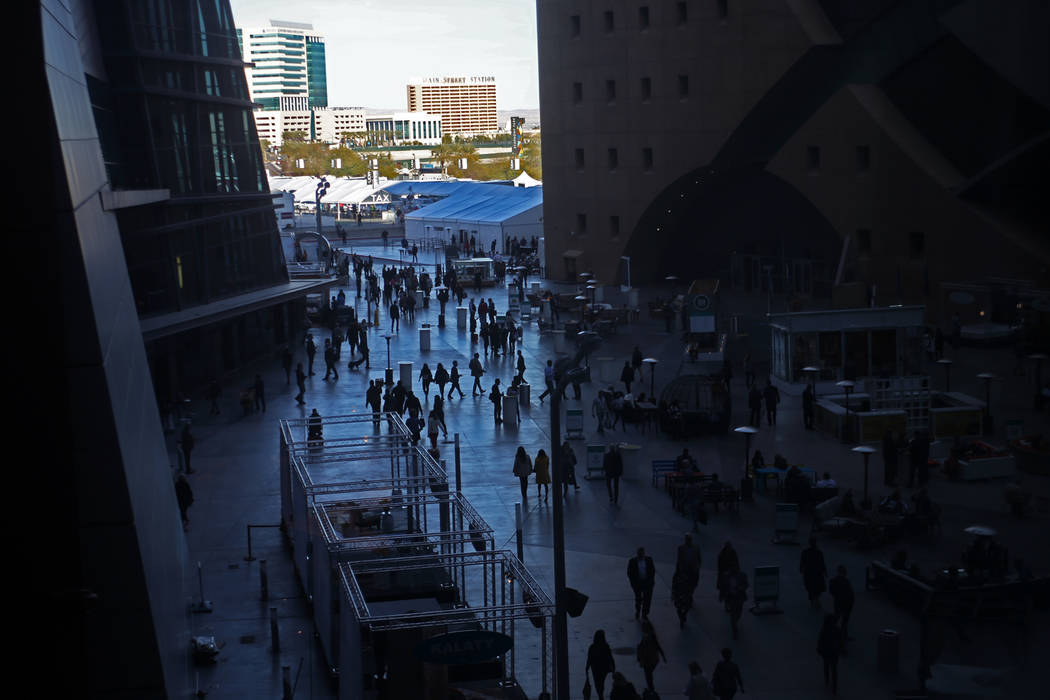 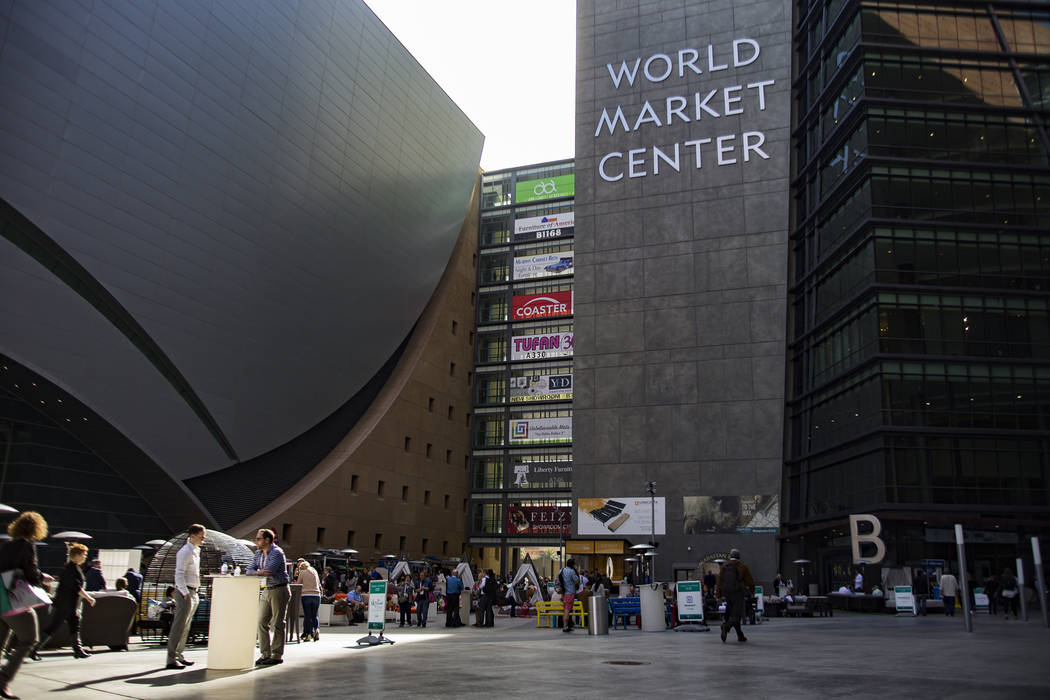 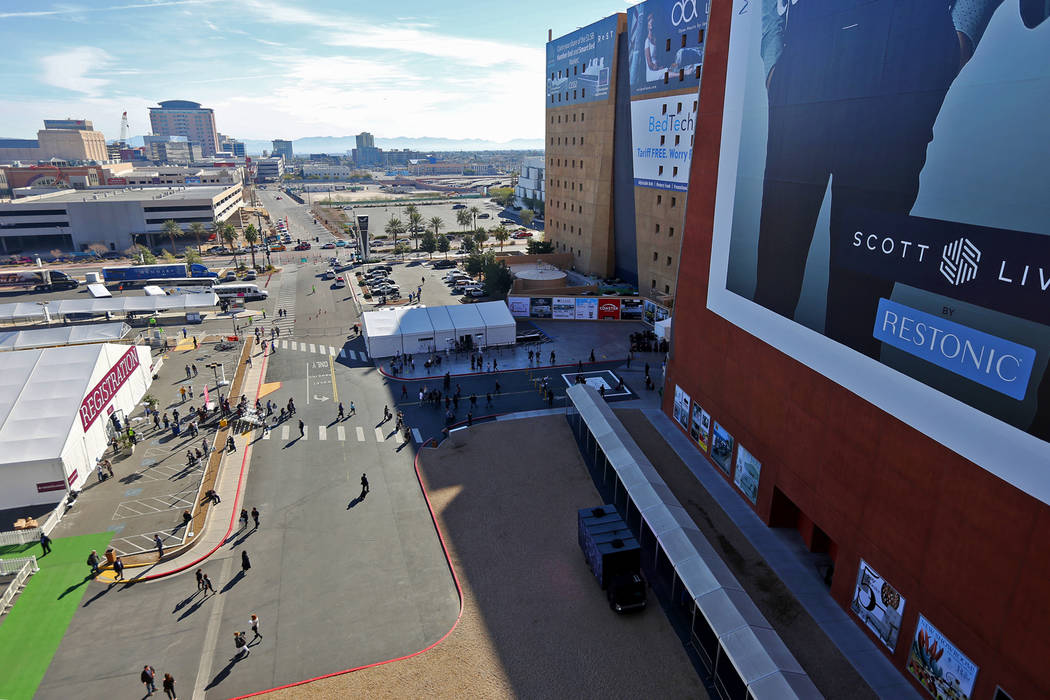 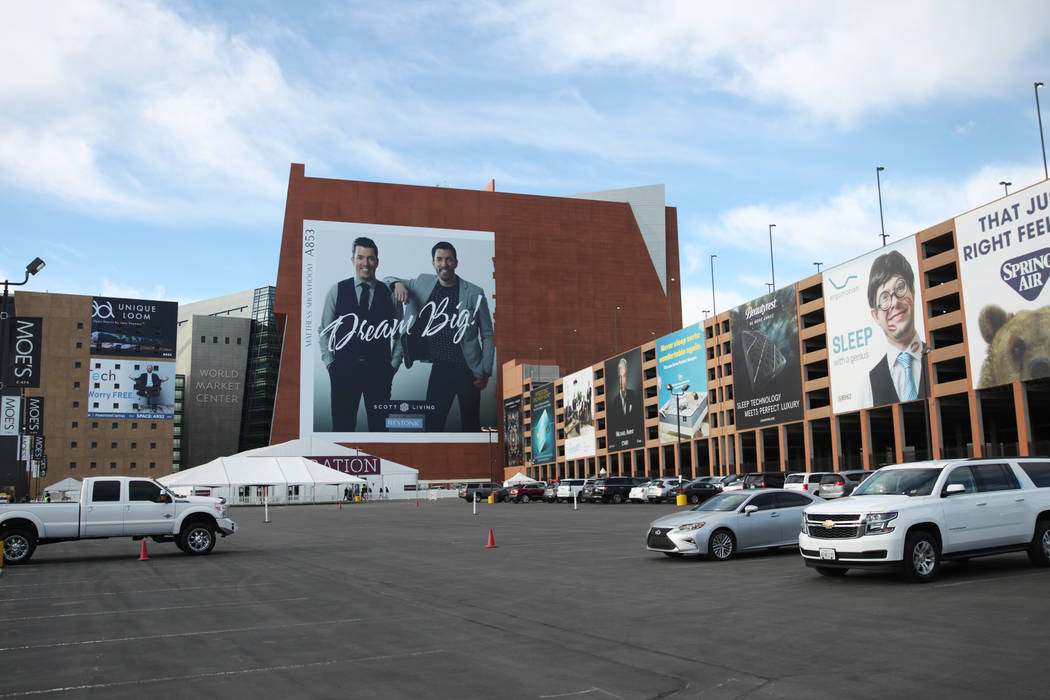 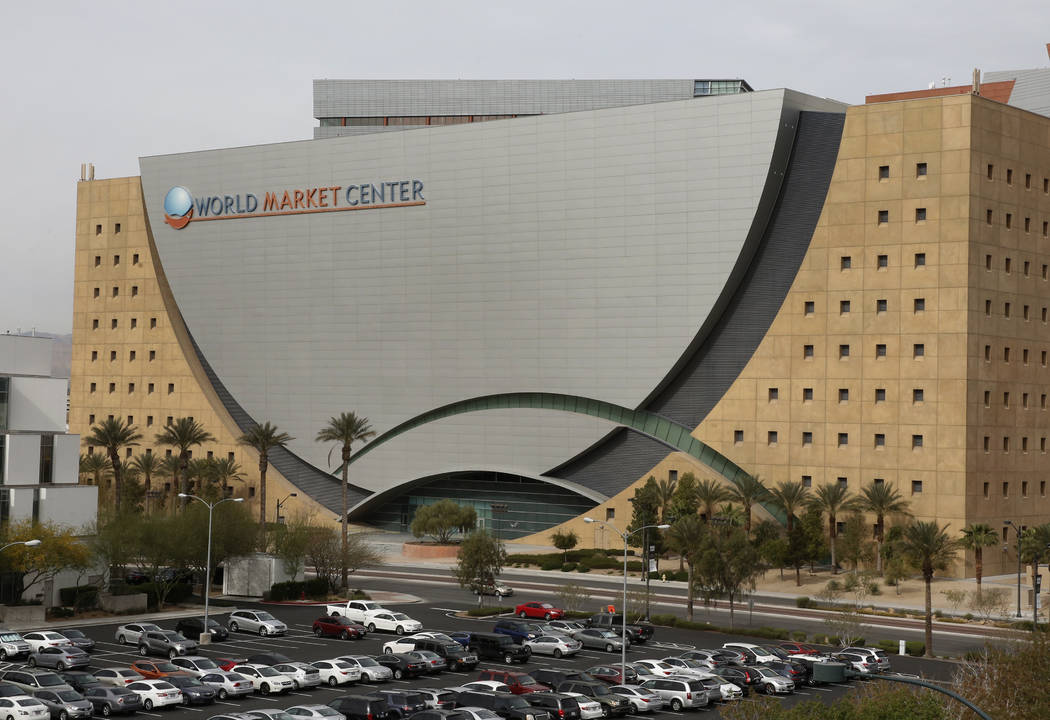 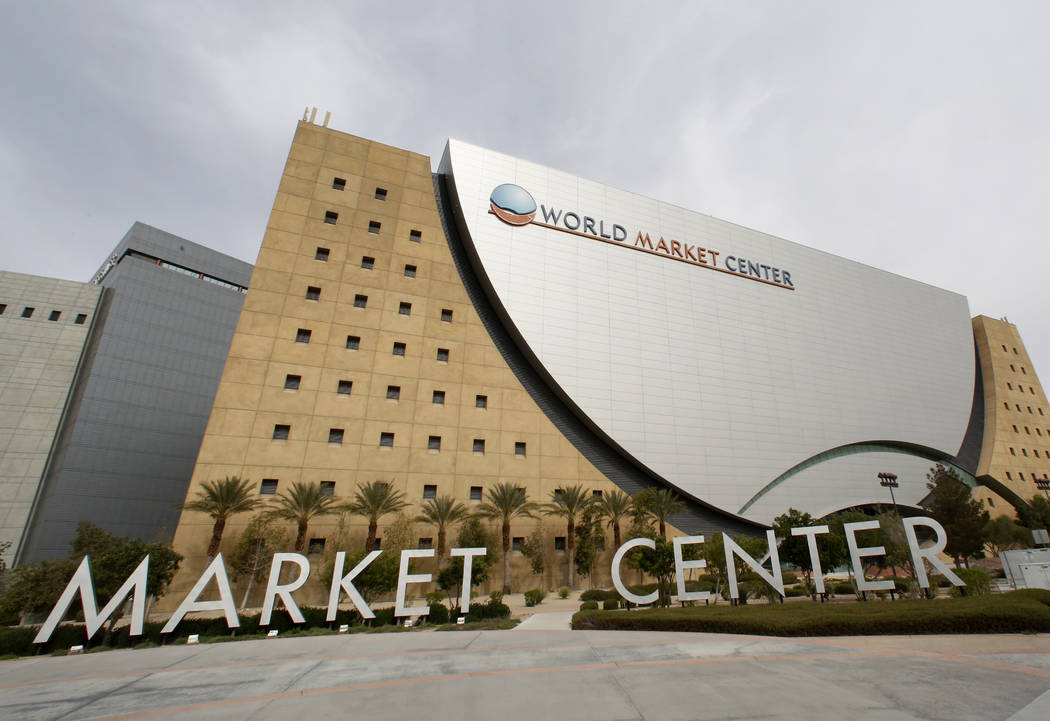 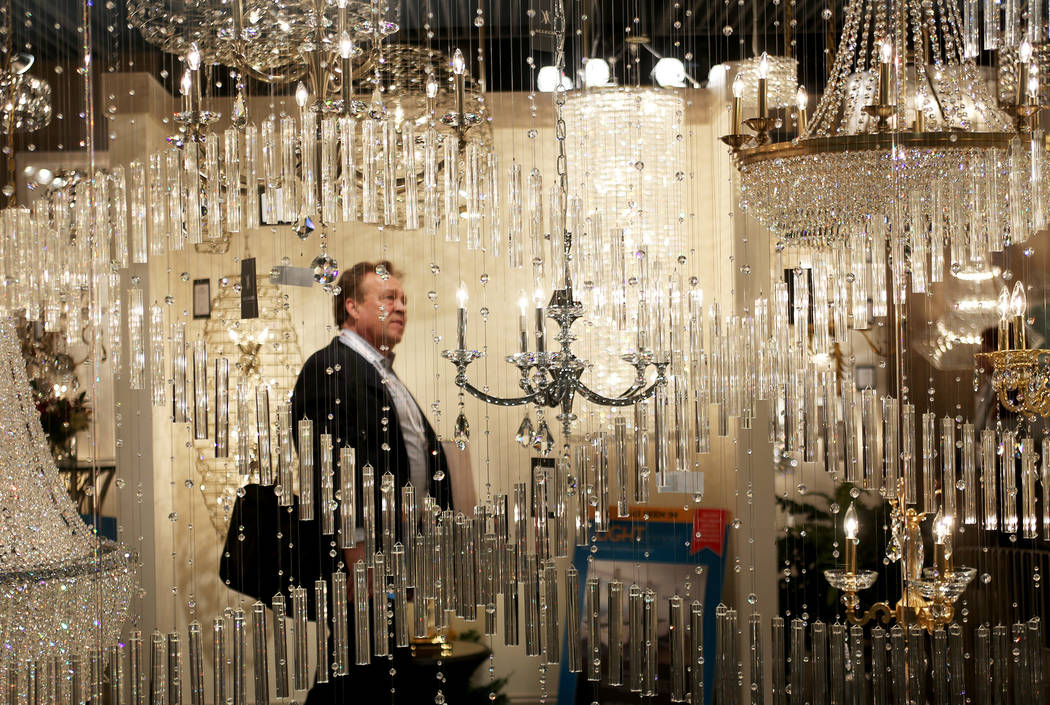 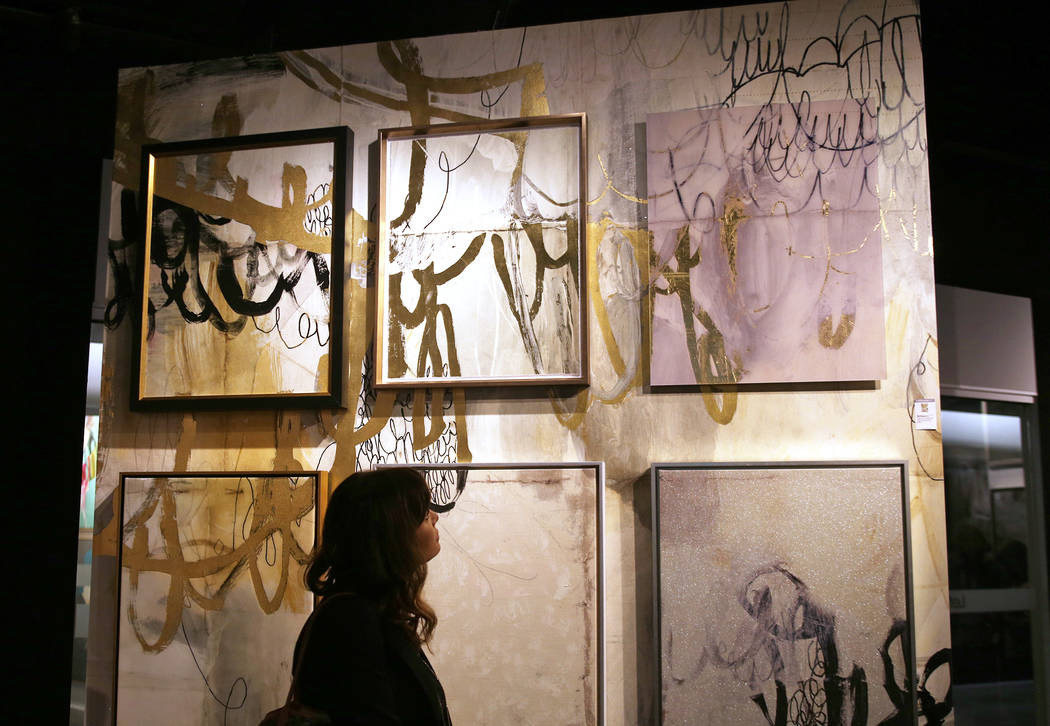 Abstract art on the First Look showroom tour at Las Vegas Market at the World Market Center in Las Vegas, Monday, Jan. 28, 2019. According to curator Julie Smith Vincenti, abstract art is a growing trend, especially when it isn't tied to a canvas and uses mixed media; here the paint is on the canvas and the metal frame. (Rachel Aston/Las Vegas Review-Journal) @rookie__rae

Downtown Las Vegas gets a new convention center next year.

The 315,000-square-foot facility will provide exhibit space for the twice-a-year World Market as well as room for trade shows and community events displaced by the 2017 closure of Cashman Center.

The new building will be more than three times the size of Cashman, and International Market Centers will manage the facility’s use.

The groundbreaking ceremony occurred on the second day of the five-day Winter World Market, which has drawn 50,000 people to the massive World Market Center this week.

Bob Maricich, president and CEO of International Market Centers, said some construction prep work will be done on the site in late February or early March, with some of the parking lot preserved for the Summer World Market, which begins in late July. Once Summer Market ends, construction will gear up with expected completion in June 2020.

The Expo will replace the Pavilion tent facilities across West Symphony Park Avenue, the largest such tent structure in North America. Once the tents are removed, the 21 acres on which they stand initially will be used for parking, but could accommodate additional World Market Center growth.

Maricich said the Expo building will connect to the campus’ Building C, the westernmost building, next to the complex’s massive parking garage. The Expo building is expected to extend to West Symphony Park Avenue.

Maricich said it is unclear how many permanent jobs will be created at the Expo, adding that the company routinely hires about 1,400 temporary workers for security, move-ins and move-outs and janitorial work for every World Market event.

Maricich also said contractors Marnell Cos. and the Penta Building Group would conduct job fairs and attempt to hire as many laborers as possible from the Ward 5 area for construction.

In addition to jobs, the new center is expected to spur convention visitation to downtown Las Vegas, even though most downtown resorts have modest meeting and conference facilities.

“We’re not in the gaming business, but we’re going to put heads in beds,” Maricich said.

World Market Center management and the city of Las Vegasannounced plans last March for the expo center, saying it would provide an option downtown “to host larger scale trade shows, conventions and other exhibitions that cannot be accommodated through the existing inventory of event venues.”

Plans called for the $76 million project to be funded with $30 million from the city. On Monday, Maricich said the project cost could exceed $90 million.

Developed by the Related Cos. and partners Jack Kashani and Shawn Samson, World Market Center opened in 2005 with one building. It expanded in 2007 with a second building and again in 2008 with a third, plus the 3,600-vehicle parking garage.

It was supposed to be even bigger; at one point, plans called for eight buildings spanning 12 million square feet, according to Related.

Like countless other projects in town, World Market Center was hit hard by the recession. Tenants missed rental payments, and a judge in 2011 appointed a receiver to take charge of at least part of the property after lenders sued the ownership over alleged unpaid debts, according to court records and news reports. 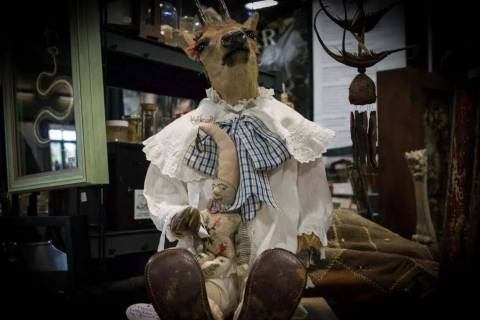 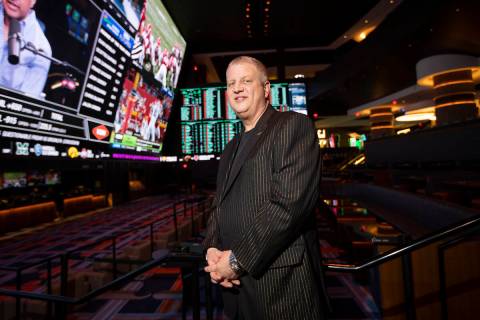 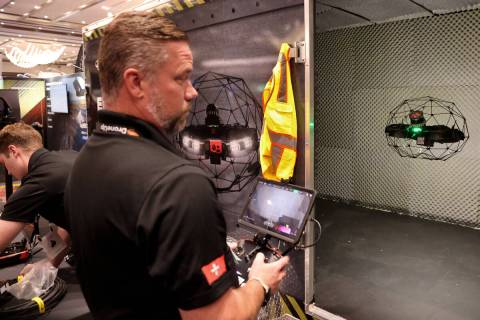 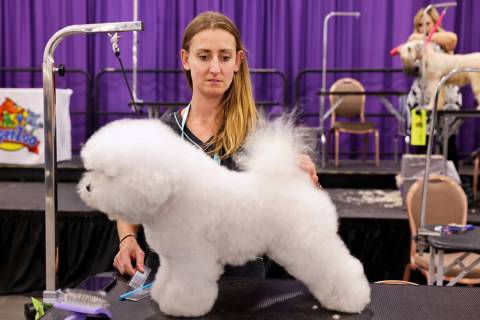 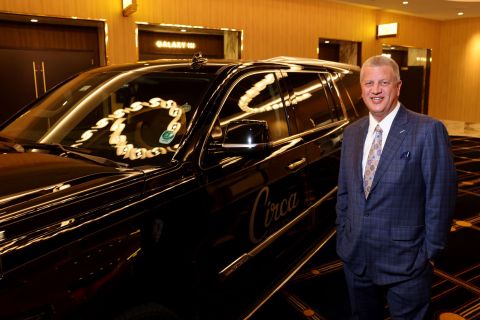 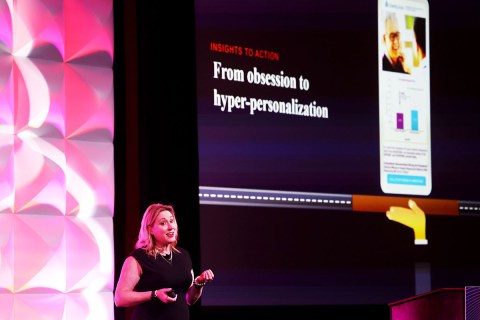 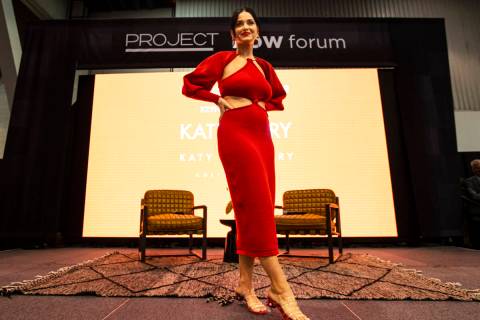