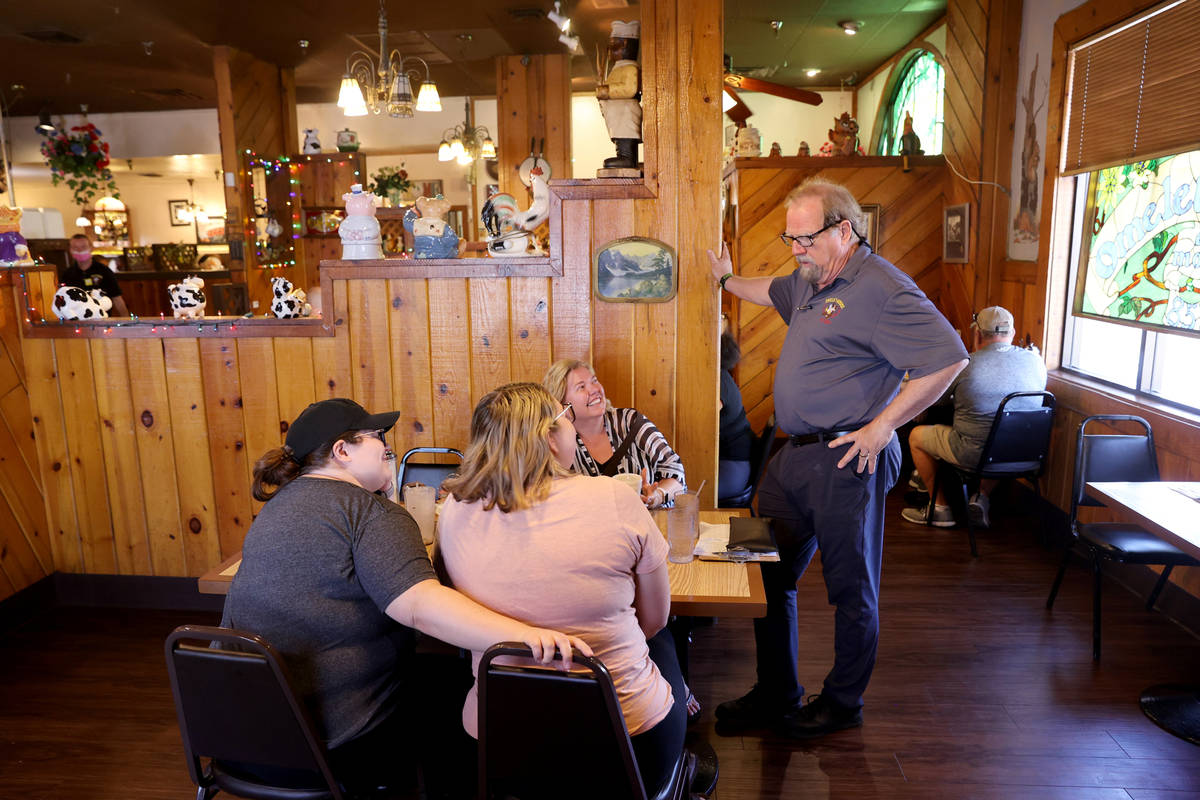 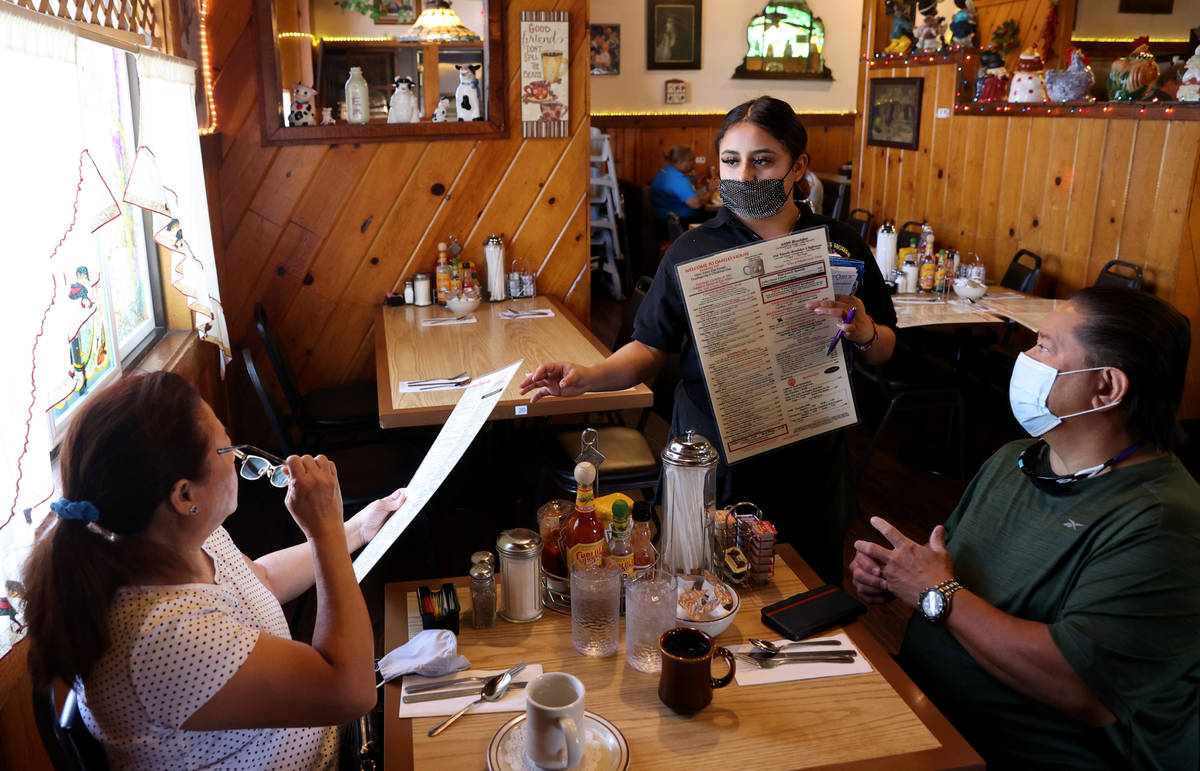 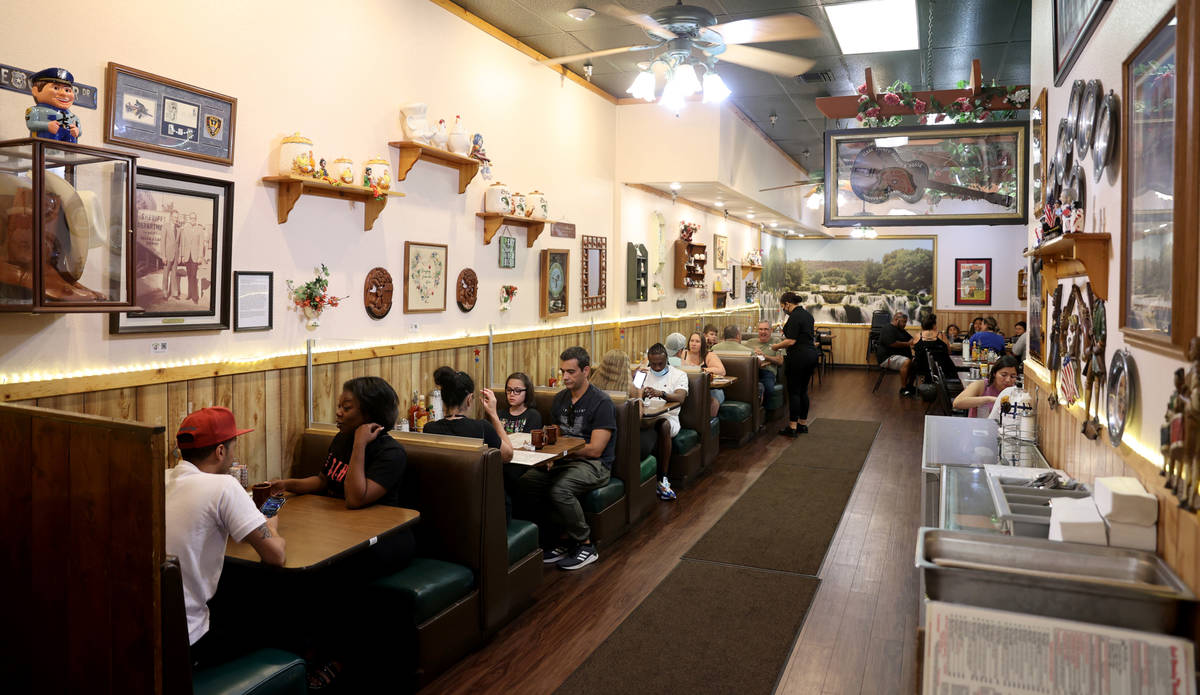 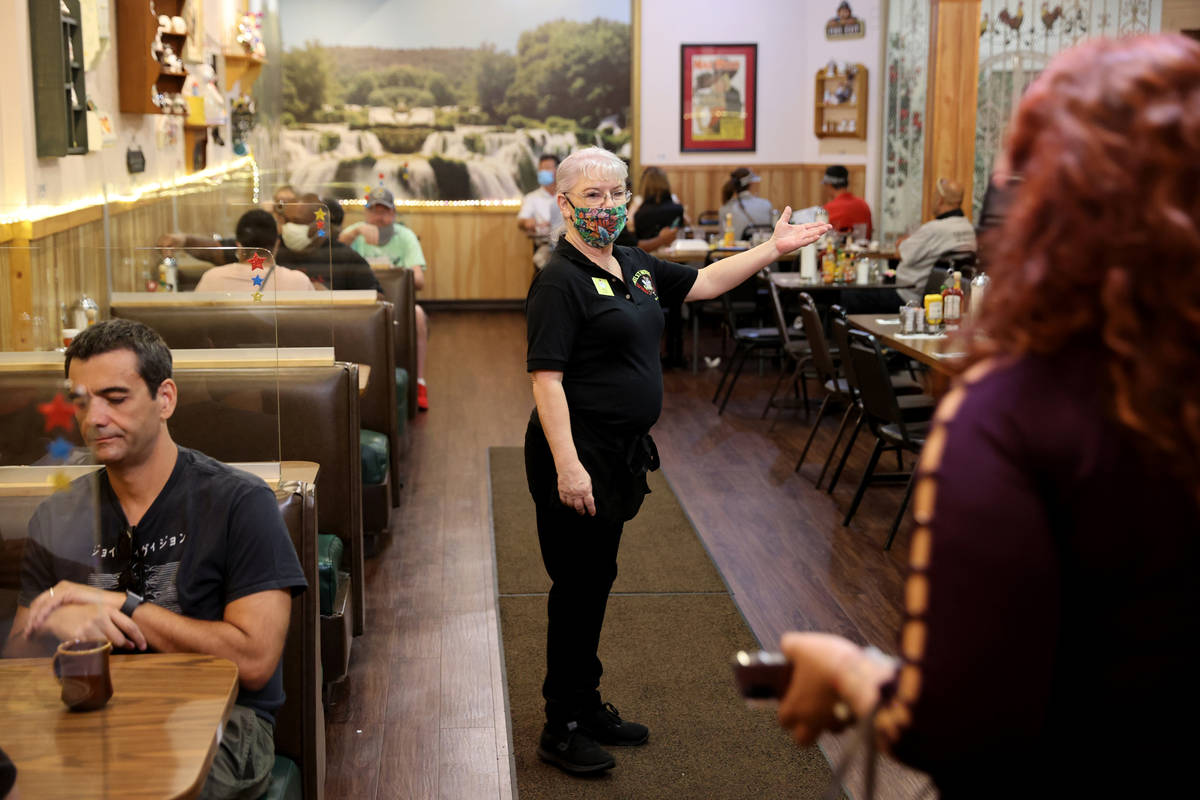 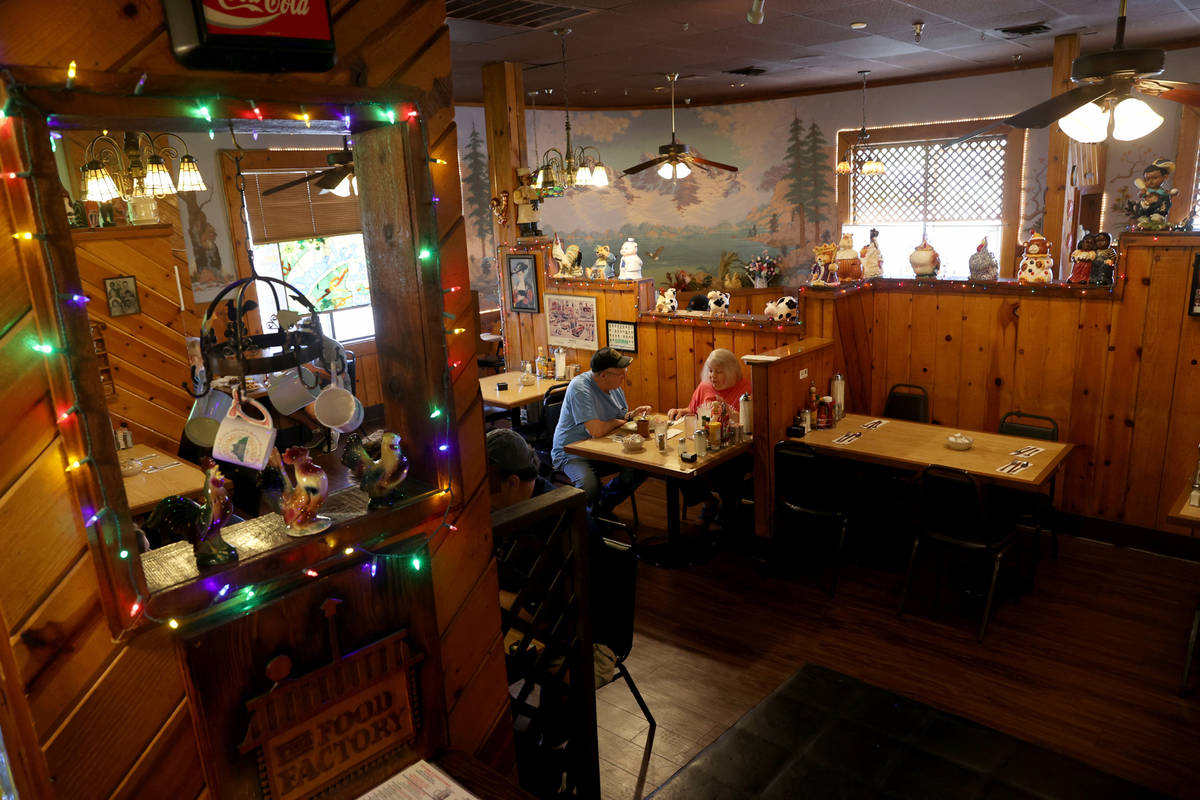 Diners chugged beer while others danced in the aisles at this week’s reopening of Hofbräuhaus on Paradise Road.

The Bavarian beer hall reopened Tuesday after it was forced to close for the first time in its 17-year history in March 2020 because of the coronavirus pandemic. It also marked the first day Las Vegas businesses and casinos could begin operating at 100 percent capacity with no social distancing restrictions.

Crowds have continued flocking to the beer hall, but underneath Yi’s excitement is a concern other Las Vegas restaurateurs have reported in recent months — trouble finding workers to meet customer demand. And restaurant owners say the lack of workers means locals and tourists may find themselves waiting longer to be seated.

“We are managing our reservations a little more closely,” Yi said. “When we were fully staffed, we would take reservations and not really look at the party size. Now, we look at it with a microscope and make sure we balance our reservations accordingly so we’re not getting a huge crowd at one time.”

Yi said they’ve been lucky guests have been patient when notified of wait times up to 30 minutes, adding that “all of them so far have been very accommodating.”

Las Vegas is not the only place needing applicants. A Tuesday report from the U.S. Chamber of Commerce found there are half as many available workers for every job in the country as there have been on average over the past 20 years.

“The worker shortage is real — and it’s getting worse by the day,” chamber President and CEO Suzanne Clark said in a release. “American businesses of every size, across every industry, in every state are reporting unprecedented challenges filling open jobs.”

“In January, 8 percent of restaurant operators rated the recruitment and retention of workforce as their top challenge. By April, that number had risen to 57 percent,” Dazlich said in an emailed statement. “The workforce shortage … is one of the biggest obstacles to recovery that the industry currently faces.”

Kevin Mills, owner of the Omelet House, said he has placed several ads but hasn’t received applications. He has had to work on the cook line, along with his assistant manager.

“We have no shortage of hungry people,” Mills said. “What we do have is a shortage of staff to serve them.”

Economists say there are reasons for the shortage, such as parents needing to stay home with children, concerns over contracting COVID-19, workers going back to school and additional unemployment benefits.

Stephen Miller, director of UNLV’s Center for Business and Economic Research, said another explanation being discussed is the search process, or workers taking their time and weighing their options.

“The question in the search process is, ‘OK, I got a job offer. Should I turn it down and search some more? I might get a better offer,’” he said. “If you think about it carefully, there’s no surprise that people looking to hire are going to run into difficulties. There’s been a huge influx of (job) offers, and employees may be waiting or not taking the first offer that comes down the street.”

“Everyone’s hiring, so everyone is being very selective,” she said. “Everyone is going on multiple interviews to find the right fit, which is phenomenal, but at the same time it does slow the process.”

The fast casual chain is looking for associates and managers at its four locations in Clark County. Hamilton said the company has ramped up advertising for its openings in the past few weeks. It participated in a job fair Wednesday at The Gay and Lesbian Community Center of Southern Nevada in downtown Las Vegas and was able to hire a number of qualified applicants.

She adds the company’s staffing shortage isn’t at a crisis level, but current employees have needed to work overtime.

Yi said he has also found applicants who are looking to leave their current job receiving counteroffers.

“I’ve experienced a lot of that in terms of monetary (counteroffers) and a lot of the small perks like preferred scheduling,” he said. “If someone has a desire to work nights, but they’re getting day shifts, they might look for a night position and then their employer, at the last minute, will accommodate them.”

‘Salt in the wound’

Andy Hooper, owner of El Luchador and Locale, said he has been making up for his vacancies by having employees pick up extra shifts or overtime, noting most of his openings are for back-of-house positions such as cooks and dishwashers.

“We’re spending more money on digital advertising, social media — a lot of things that we didn’t have to do before,” he said.

“Before, we could just put on social we’re hiring for a server and get 20 resumes.”

Hooper said things have turned a corner in the past two weeks, but it’s still challenging and costing the company more money to find workers than in previous years.

Signs of relief probably will take months, according to Miller, who expects hiring challenges to ease next year.

Blau & Associates President and Chief Operating Officer Jason Lapin said he has been in the restaurant industry for more than 30 years and has never seen such staffing shortages.

“I’m not even talking Las Vegas or the U.S.,” said Lapin, whose group includes Honey Salt and Buddy V’s Ristorante. “We consult all over the world, and I’ve never seen it this bad.”

He said the group’s properties have been able to staff up, in part because many former employees returned. Lapin said his “heart really goes out” to colleagues who are reopening and need to hire completely new staff at a time when business is finally booming.

“There’s more business than restaurants can take … and that’s really the salt in the wound,” he said. “You’ve been closed all this time and now there’s all this business out there, and you can’t satisfy it.”