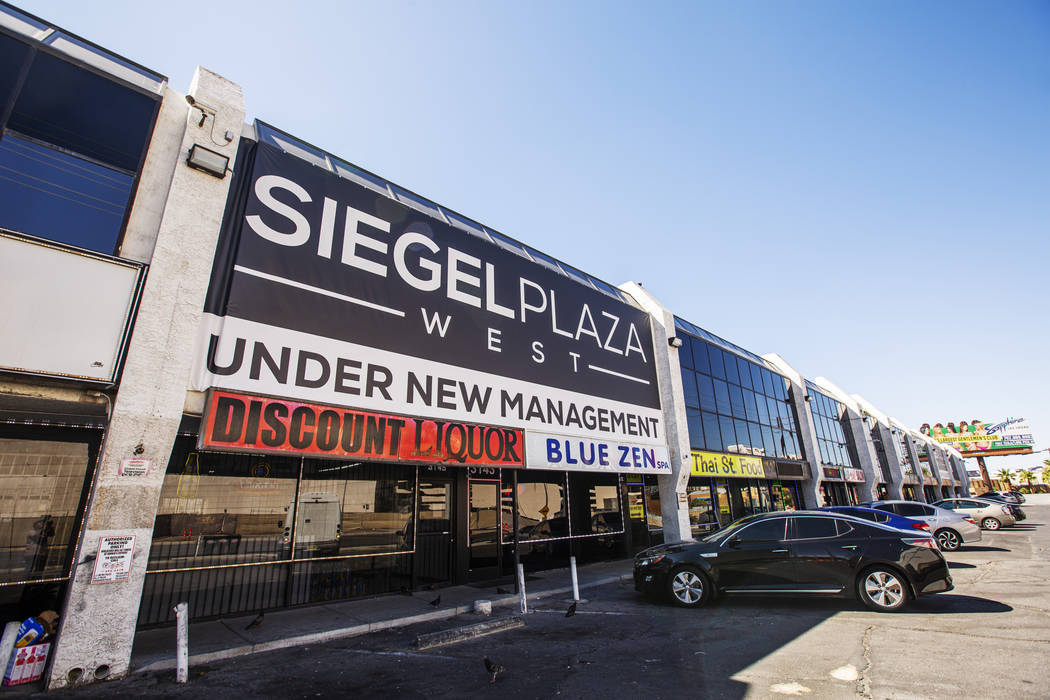 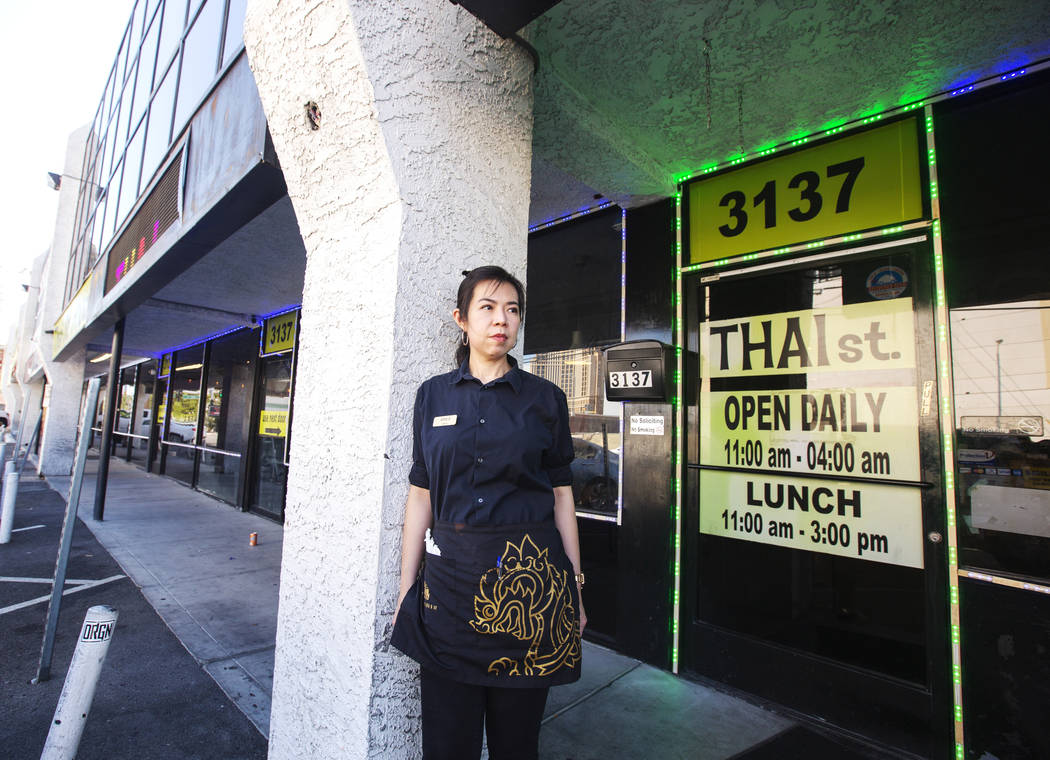 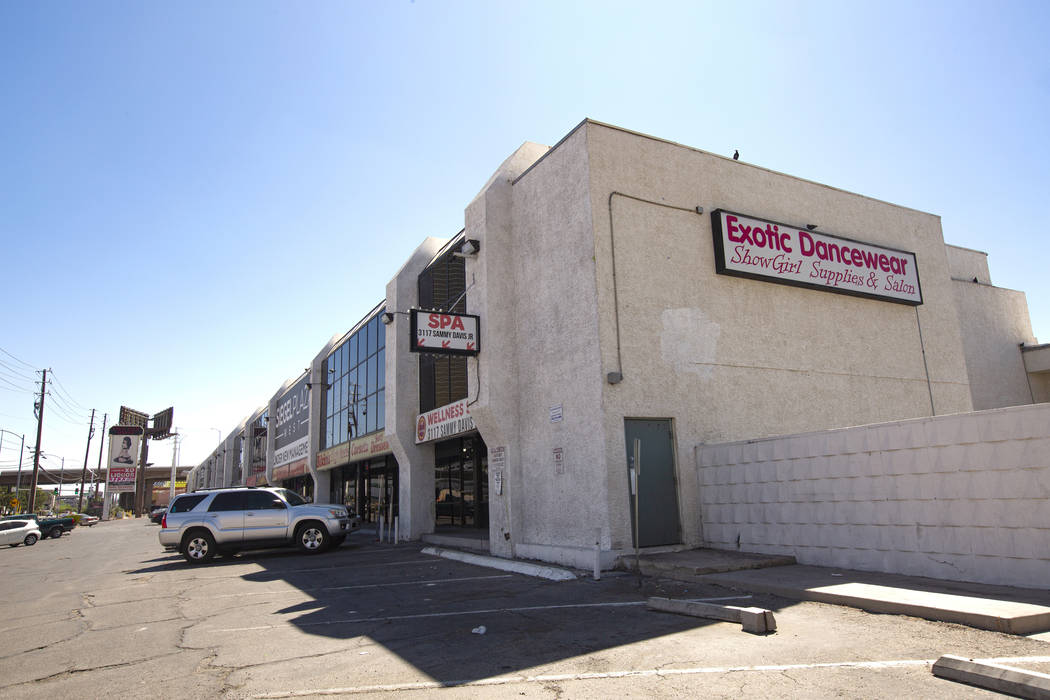 It also had escort services in upstairs offices, and homeless people would shower out back using hose bibbs, said Siegel, who wants to take the property in a new direction.

He renamed the property Siegel Plaza West and said he wants to turn it into a hub for eateries.

Casino workers, taxi drivers and others regularly drive on Sammy Davis Jr., but the street is light on restaurant options, according to Siegel.

“The center has a lot of potential,” he told the Review-Journal last month.

Michael Crandall, senior vice president at The Siegel Group, said in an email the property’s tenants include the Can Can Room strip club, a liquor store, a Thai restaurant, massage parlors and “some clothing stores for the entertainment industry.”

Siegel said the escort services were on month-to-month leases, and when he took ownership of the property, he told them they had to move out. He also said if other tenants weren’t a right fit, he wouldn’t renew their contracts.

Siegel’s other holdings include the Siegel Suites chain of low-priced apartments.