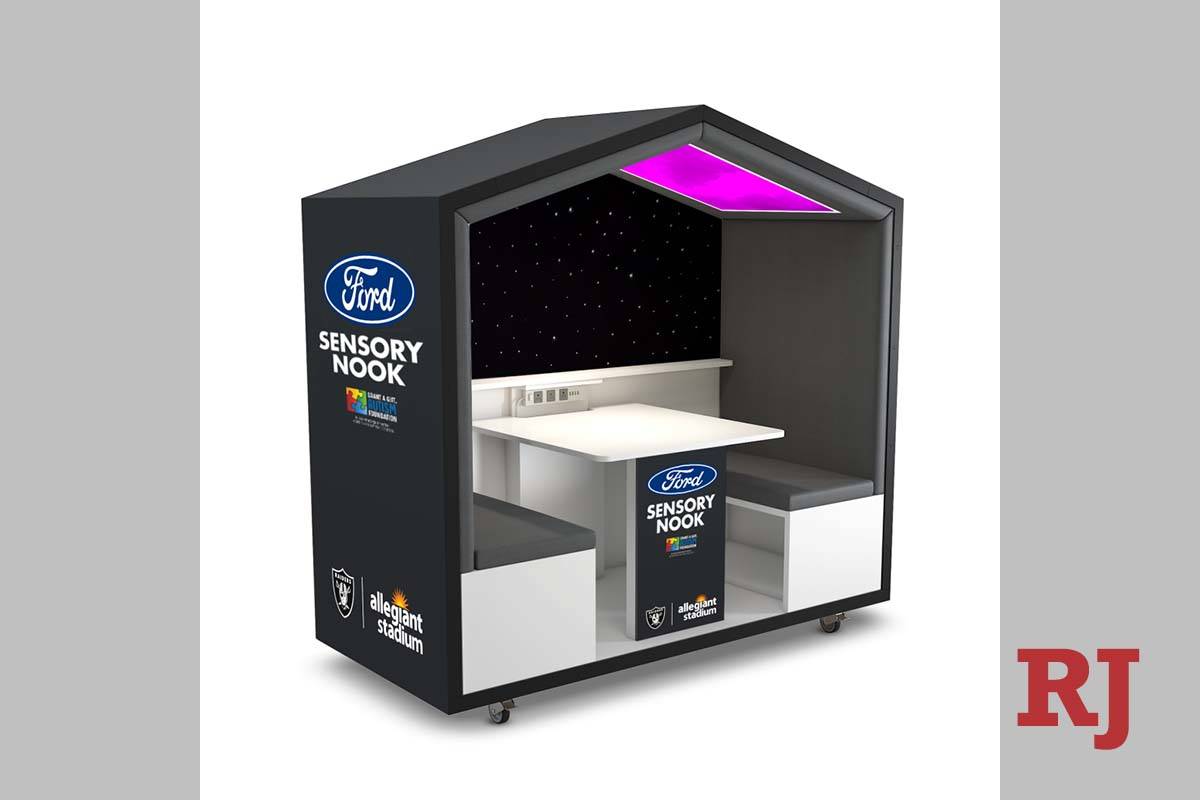 A pair of movable Sensory Nooks will be located inside the Ford north entry gate at Allegiant Stadium where introverts or individuals on the autism spectrum can escape the crowds and have a moment to gather themselves when needed. (Nook)

Allegiant Stadium is sure to be the scene of many thrilling moments between the Raiders and UNLV football games and live events when those resume. But the Raiders revealed Tuesday that they also will be offering quiet spaces for fans with sensory issues or those who don’t feel comfortable in crowds to retreat from all the excitement.

A pair of movable “sensory nooks” inside the Ford north entry gate at the 65,000-seat stadium will allow introverts or individuals on the autism spectrum to escape from the crowds and have some time to compose themselves when necessary.

“We are pleased to team up with Nook to provide our guests at Allegiant Stadium an environment for those who need to take a break in a location that is calming and tranquil,” Raiders President Marc Badain said in a statement.

Created by Nook, the pods are equipped with vibrating seats aimed at relieving tension and anxiety, fiber-optic walls for emotional security and LED-lighting panels that can help enhance an individual’s mood.

“To support such a world-famous brand as the Raiders in its pursuit of mental health inclusivity is a tremendous honor,” Nook founder David O’Coimin said in a statement. “Busy, noisy spaces can be overwhelming for many individuals, and our Sensory Nooks will ensure that all fans and their families are able to fully appreciate this incredible new stadium.”

Similar initiatives have been embraced at other event centers, with T-Mobile Arena, for instance, offering event attendees sensory bags that feature noise-reduction headphones and fidget toys for those with sensory disabilities.

Allegiant Stadium will be one of the first in the NFL to have sensory rooms, although the Philadelphia Eagles, the Seattle Seahawks and Minnesota Vikings all have similar features.

“The Raiders were very thoughtful and creative in designing this stadium which will spur further innovation among other NFL and sports and entertainment venues,” NFL spokesman Brian McCarthy said of the sensory nooks. 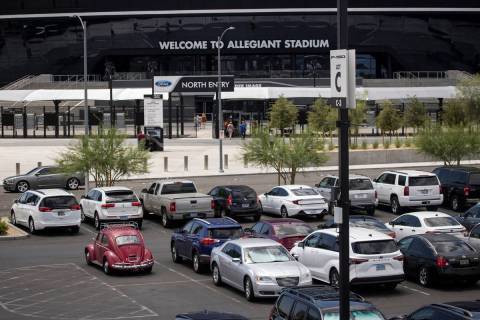 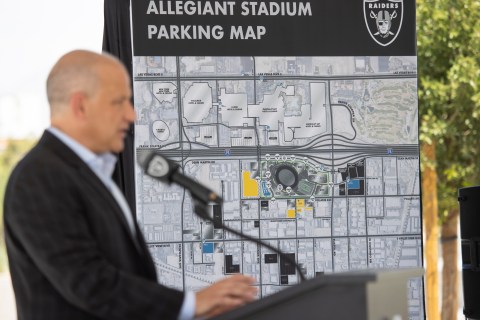