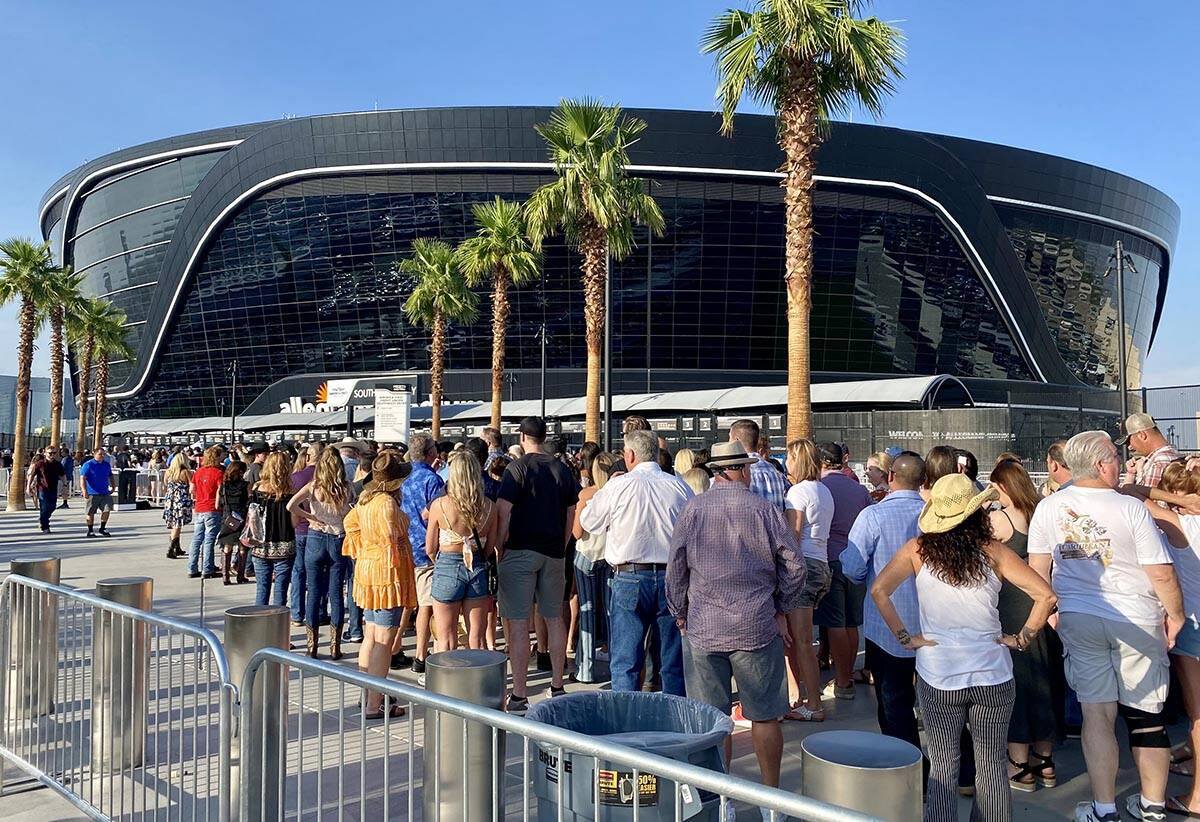 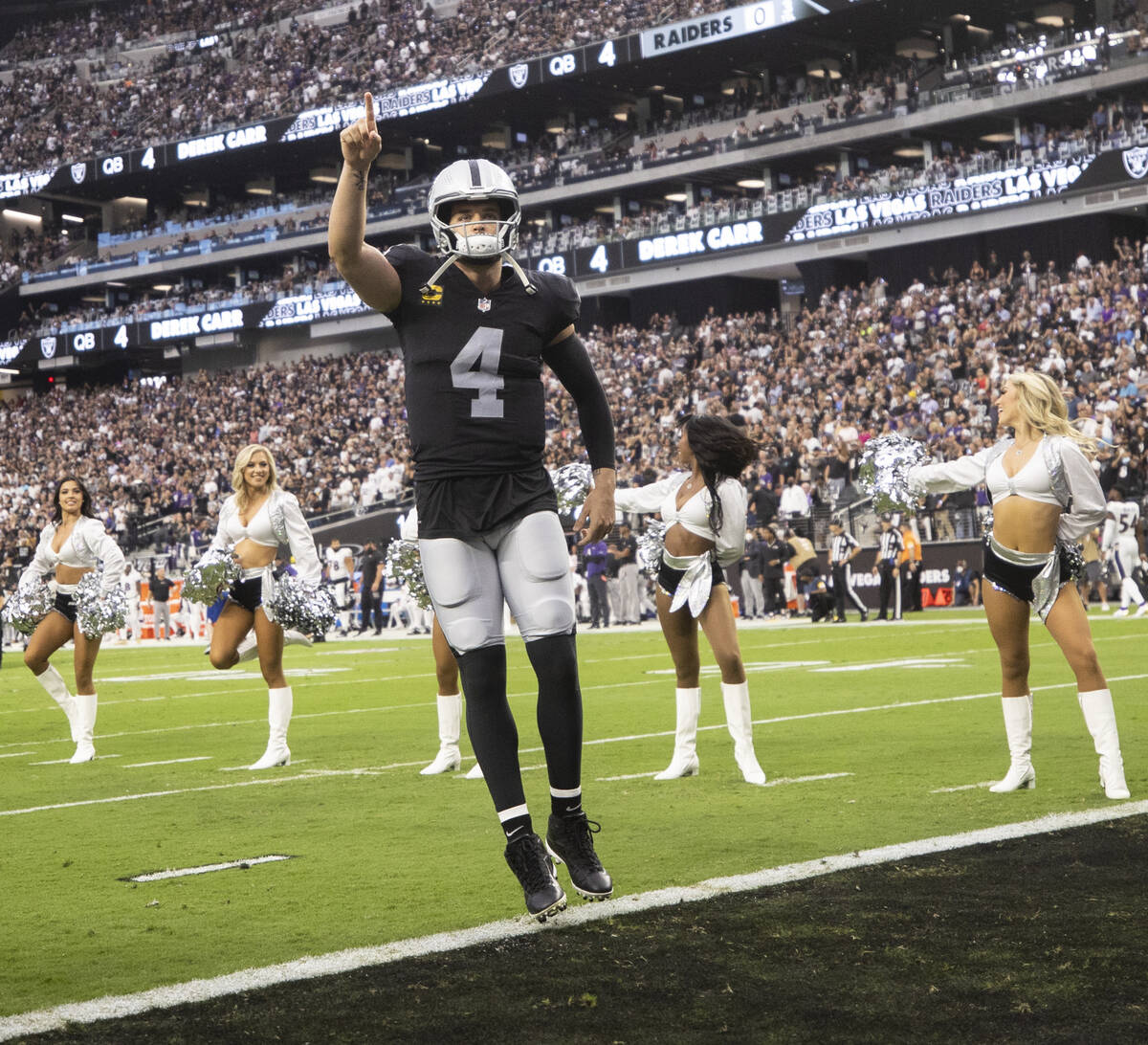 Raiders quarterback Derek Carr (4) salutes the crowd after being announced before the start of an NFL football game against the Baltimore Ravens at Allegiant Stadium, Monday, Sept. 13, 2021, in Las Vegas. (Benjamin Hager/Las Vegas Review-Journal) 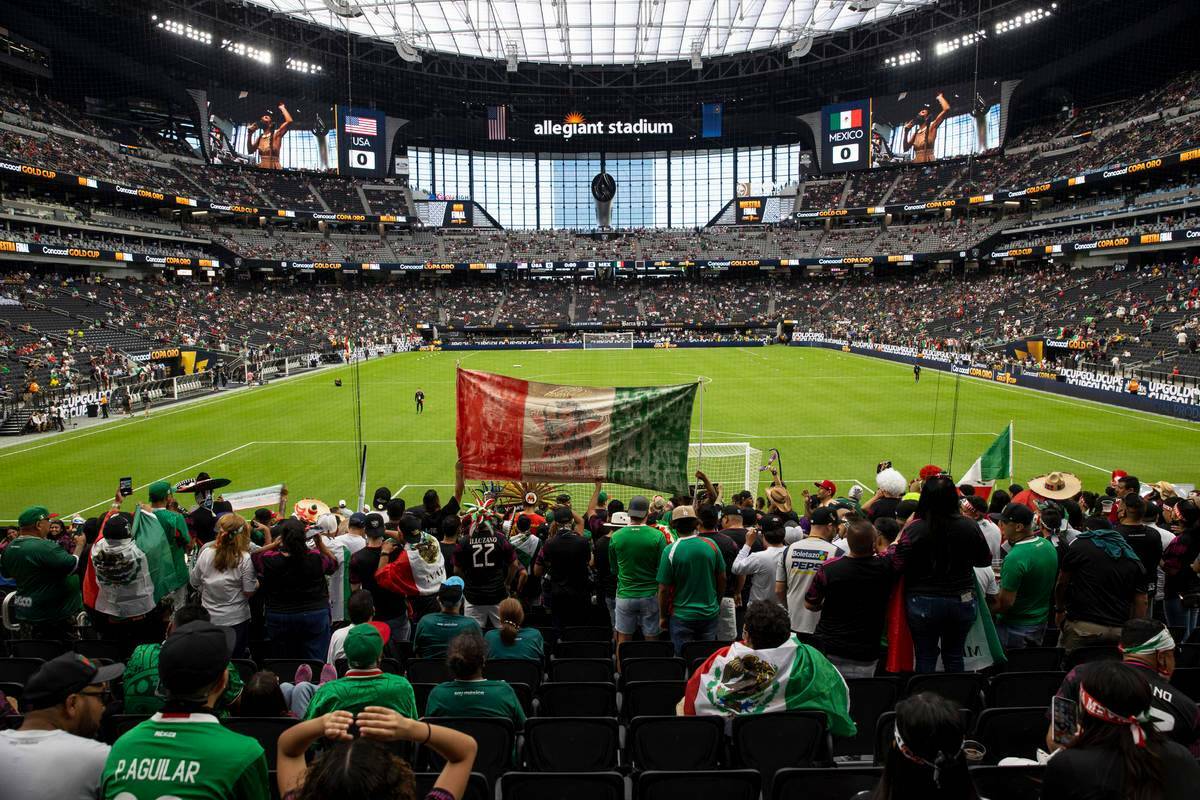 As advertised, Allegiant Stadium proved to be a huge draw during the first few months fans were allowed to attend events at the $2 billion facility.

Events at the stadium, which sat mostly empty in 2020 before fully opening to fans in July, drew 510,566 attendees via 41 total events between July and September, according to Las Vegas Stadium Authority data.

Allegiant Stadium “is delivering on that promise (of drawing large events) not only on game day, but before and after game day,” said Jeremy Aguero, chief operations and analytics officer for the Raiders. “It’s doing what we all hoped five years ago when we started having this conversation (and it) is just incredibly gratifying.”

Of those attending events at the stadium, 157,101 were drawn to three Raiders games, 130,000 were attributed to three concerts and 40,819 to two UNLV football games.

Another 161,014 were associated with four other ticketed events at the stadium: 55,000 for the CONCACAF Gold Cup Final soccer match; 50,000 for the BYU-Arizona college football game; 40,000 for WWE’s SummerSlam; and 16,014 for the Leagues Cup showdown between the Seattle Sounders of Major League Soccer and Liga MX’s Club Leon.

There were also 24 private events and other smaller events that drew over 28,000 people total.

Not only are those events drawing people to the stadium, they are also drawing visitors to Las Vegas in droves, according to Steve Hill, stadium authority board director, who also serves as president and CEO of the Las Vegas Convention and Visitors Authority.

“We (LVCVA) show that 84 percent of the attendees at CONCACAF soccer match were from out of town,” Hill said. Slightly less than 70 percent of those attending SummerSlam were out of towners, he added.

As part of the lease agreement between the Raiders and the stadium authority, the NFL organization is required to provide quarterly event updates.

According to the quarterly report, there were 3,743 people employed at the stadium during those three months, with 1,008 unfilled positions. The number of employees at the stadium jumped from the second quarter of 2021 when 3,403 people were employed.

Hill noted that the third quarter may be the slowest period for events at the stadium since the Raiders’ season kicked off at the tail end of it. Given the pace of quarter three, Hill believes the estimated attendance at large ticketed events is likely to be exceeded.

“It’s pretty remarkable, frankly, in the middle of a pandemic here, that we’re really exceeding the pace that we would’ve expected,” Hill said. “You’ve got 12 major events that we’ve counted, on pace for 48 (annually) and we were planning on 46. There’s a little over 500,000 attendees and we had projected about 1.9 million a year attendees at events. So, attendance in that quarter was ahead of pace.”