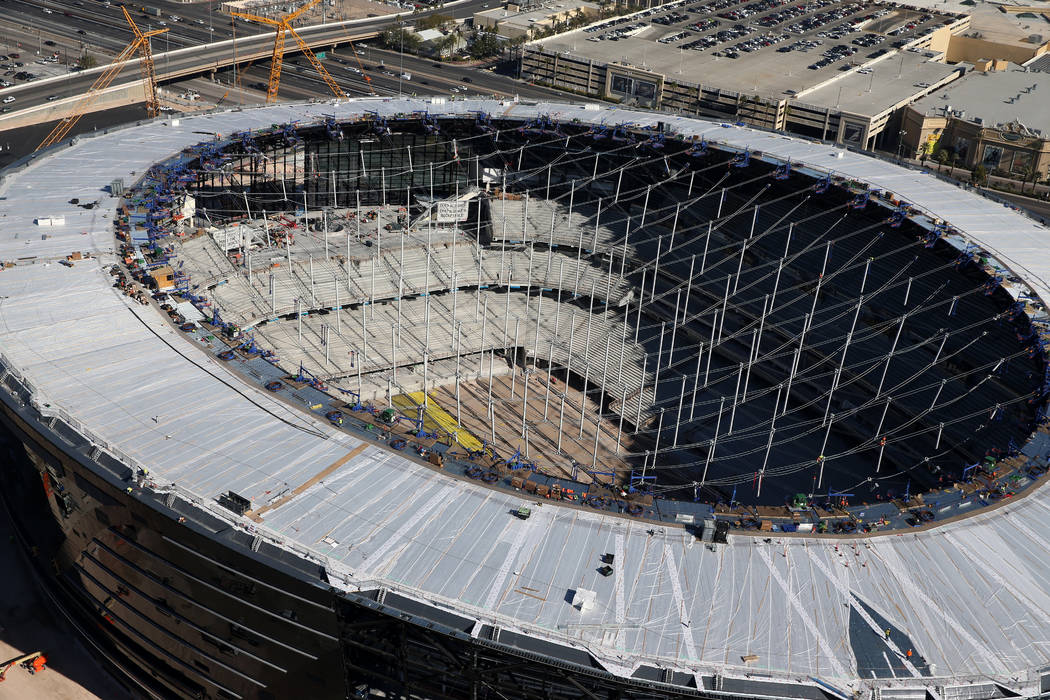 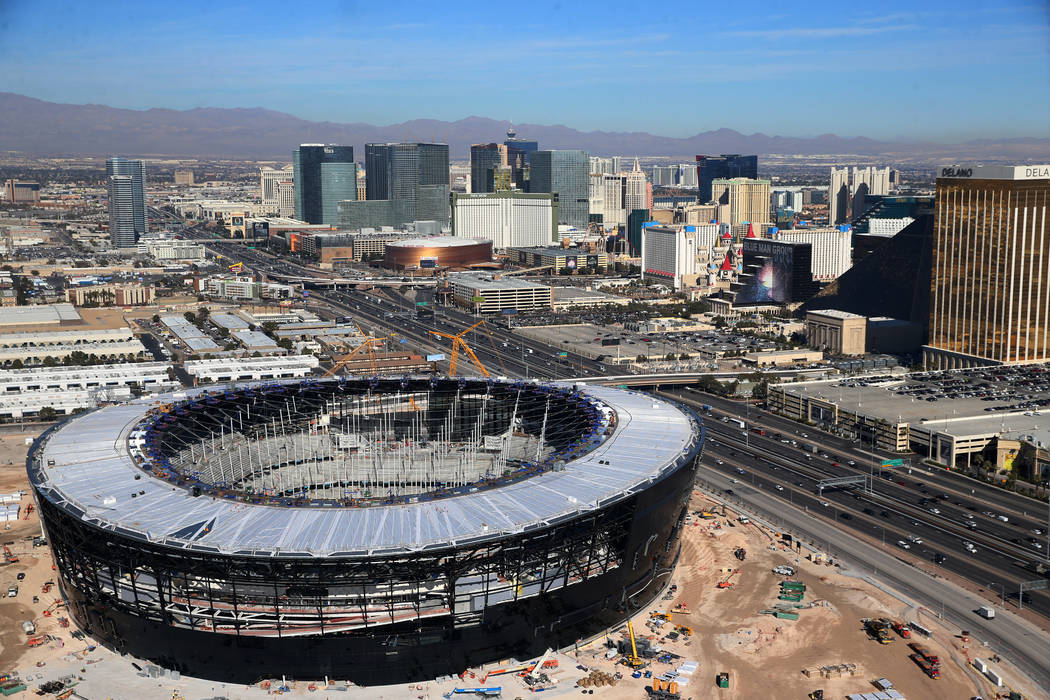 The steel cable net system that will support the translucent ETFE roof of Allegiant Stadium is in place, contractors working on the project tweeted Friday.

Las Vegas Raiders President Marc Badain confirmed that the net is in place and that the lightweight plastic polymer roof installation would likely begin in March.

The troublesome cable net has been a source of frustration since last summer when it was first stretched across the stadium floor and then lifted near the rooftop. After the stress of pulling the cables taut from several nodes lining the roof caused some bolts to break, several teams of engineers analyzed the problem and estimated that the roof wouldn’t be completed until May.

But on Friday, Mortenson-McCarthy, the joint-venture contractor building the $2 billion, 65,000-seat stadium, tweeted that the “big lift,” as it has been called, was completed.

We completed the #BigLift this week. The cables that create the base for the 7 acre ETFE roof are in their final position. #LasVegasRaiders @AllegiantStadm #LetsGo pic.twitter.com/ms12LqBxkq

“We completed the #BigLift this week,” said the tweet, which was accompanied by a picture of the roof at sunset. “The cables that create the base for the 7-acre ETFE roof are in their final position.”

Several sections of the ETFE material will be installed like puzzle pieces with a section left open to enable crews to remove cranes from the stadium floor when the work is done.

The stadium is scheduled for completion by July 31 and the Raiders have never wavered from believing the work would be done on time to host the first stadium events in August. While workers struggled with the roof installation, other crews worked on other interior improvements far ahead of their scheduled completion dates, giving confidence that the project would be completed on time.

The Raiders and two independent monitors overseeing work on behalf of the team and the Las Vegas Stadium Authority have been reporting progress on the project at every authority board meeting. The board next meets March 19.