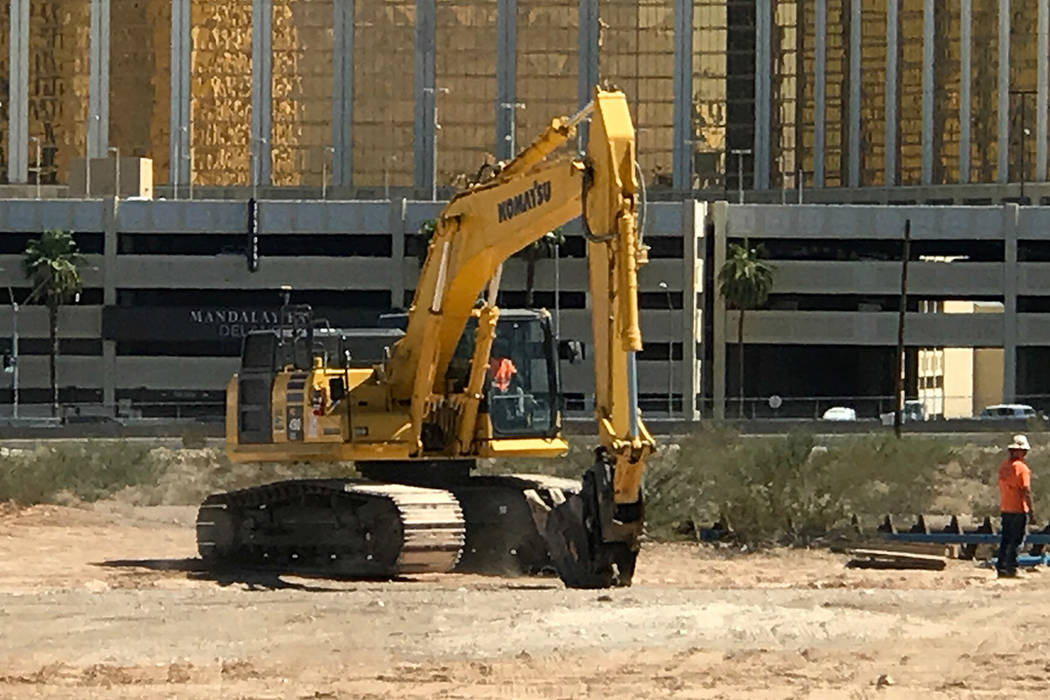 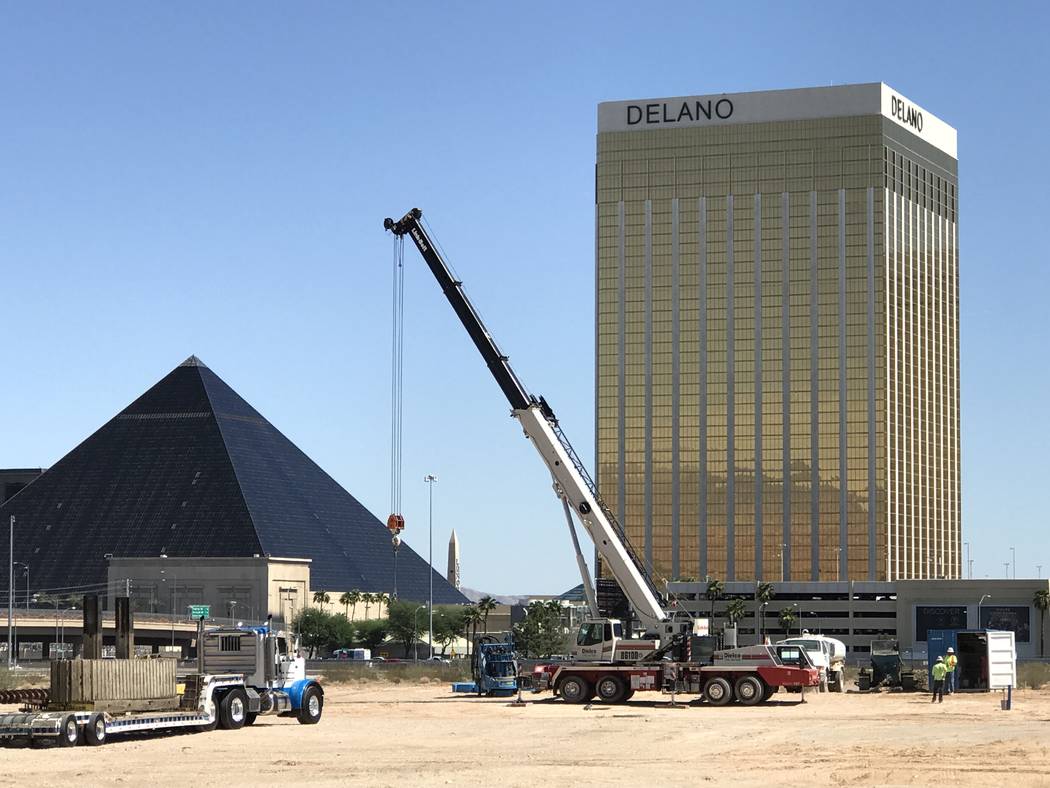 Construction crews were at the planned location of the Las Vegas Stadium Monday, prepping the 62-acre site at Interstate 15 and Russell Road for predevelopment work expected to pick up in earnest in December.

Representatives of McCarthy Building Companies Inc., Henderson, which is working with Minneapolis-based Mortenson Construction on the $1.9 billion project, did not return calls Monday on the specifics of the crews’ work.

Heavy machinery, cranes and water trucks were visible at the site between Russell and Hacienda Avenue and between Dean Martin Drive and Polaris Avenue, just west of I-15.

Mortenson and McCarthy were selected as the general contractors for the 65,000-seat domed football stadium by the Oakland Raiders, which have received permission to relocate to Las Vegas beginning with the 2020 season.

Representatives of the Raiders could not be reached for comment on the project.

The site preparation work will include grading and grubbing — leveling the ground and removing all vegetation — and relocating utilities on the site.

Under the Raiders’ construction timeline, the contractors are scheduled to clear the land in late November and early December, blast anticipated caliche from the site from mid- to late December and excavate the inner stadium bowl 20 feet deep from the end of December to mid-June.

Structural concrete and steel isn’t expected to go up on the site until 2018 and 2019.

The Las Vegas Stadium Authority last week agreed to extend the deadline to complete agreements that would lead to a formal development agreement on stadium construction. The authority is expected to consider an enabling work agreement with the team next month spelling out specifics on liability and legal waivers that would be in place until the formal agreement is adopted, probably by February.