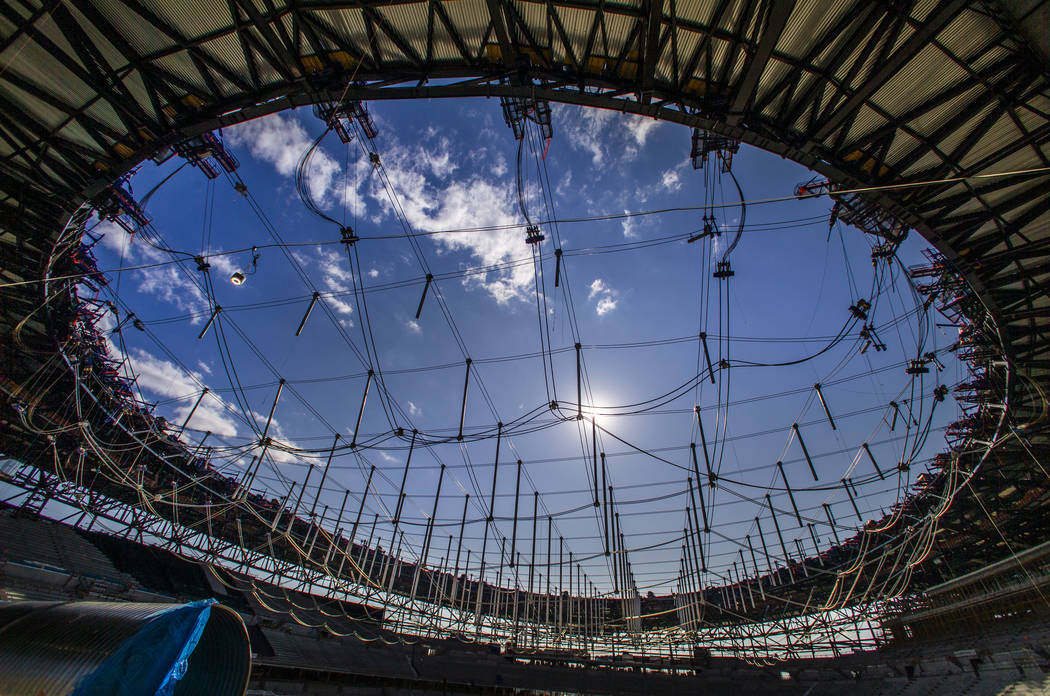 Steel cables are in place to raise the roof during a tour of the Raiders Allegiant Stadium construction site on Monday, Nov. 25, 2019, in Las Vegas. (L.E. Baskow/Las Vegas Review-Journal) 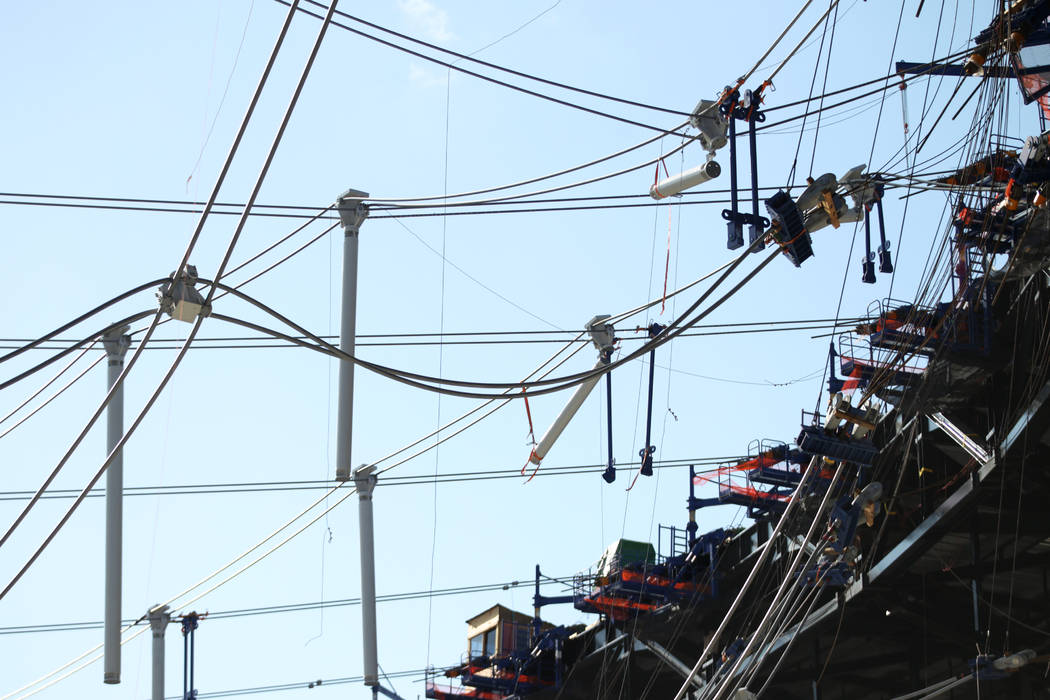 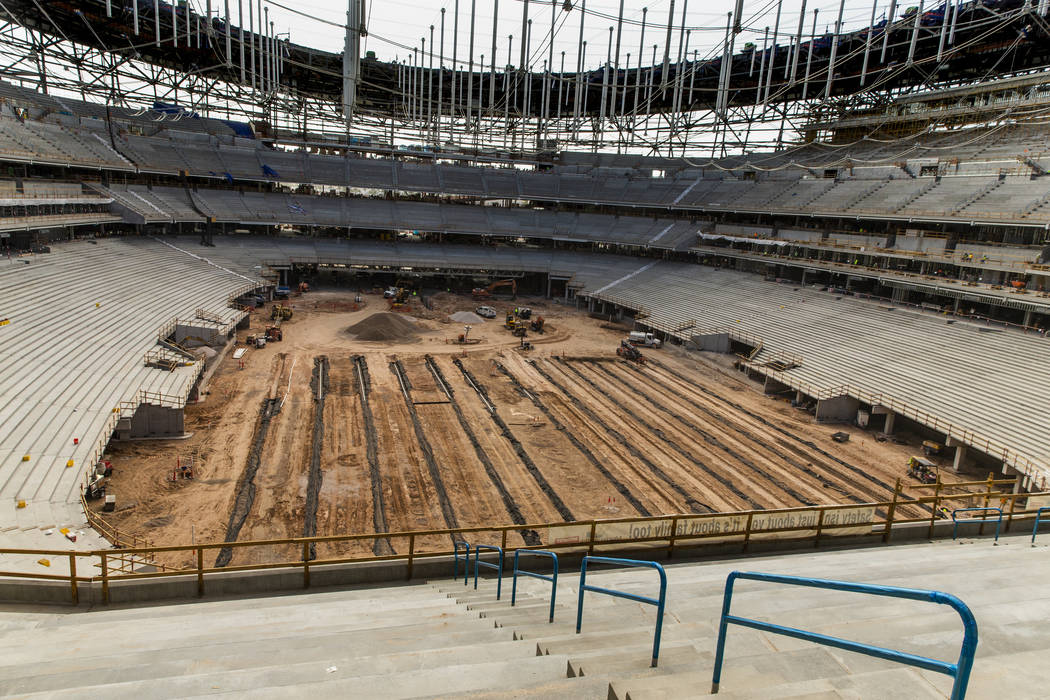 Crews continue on the arena floor during a tour of the Raiders Allegiant Stadium construction site on Monday, Nov. 25, 2019, in Las Vegas. (L.E. Baskow/Las Vegas Review-Journal)

The system that will hold up the roof on Allegiant Stadium now will be fully hoisted next month.

Though it originally was slated to be finished on Nov. 10 and then by Thanksgiving, fans need not worry with the construction schedule for the $2 billion, 65,000 fan capacity stadium adjusted again.

The lift process is no longer on the critical path of the stadium’s construction schedule, so the change in timing doesn’t impact the substantial completion date, according to Las Vegas Stadium Co. Chief Executive Officer Don Webb.

“The reason I’m a little ambiguous about it is that it’s no longer on the critical path,” Webb said. “So they’ll take their time.”

The critical path includes project tasks that would push back the completion date if they were delayed and nothing else was done. Allegiant Stadium is slated to be completed on July 31, and Webb said the project is on schedule and on budget.

“If an item is on the critical path and it slips a day and nothing is done to mitigate that, it will then push the July 31 date to Aug. 1,” Webb said.

The cable net roofing system, made up of 100 steel cables that can be up to 800 feet long and weigh 24 tons, was assembled on the stadium floor and had to be raised enough to complete field level work that is considered critical. Once that height was achieved, the last portion of the roof system lift was no longer a critical component to the stadium’s work schedule at this stage of the project.

“Moving the cable up and out of the way in order for the cranes to come in to place the rest of the 800 pieces of precast seating was vitally important,” Webb said. “The cable net being up and out of the way let us bring in excavation equipment and move this dirt and to be able to work on the rail system (for the retractable field tray), underground utilities and the concrete slab itself. Now that the cable is up and out of the way it really is no longer significant in terms of the current schedule’s critical path.”

Locker room and suite development are among items on the critical path, Webb said.

The majority of the 43,000 tasks on the stadium schedule are not considered part of the critical path, Webb said. If those slip up to a few months, depending on the task, it wouldn’t affect the completion date, he added.

That said, at some point leading up to July 31, every task has the potential of becoming part of the critical path.

“If it’s necessary to open and operate the building and it slips long enough it could jeopardize the completion date,” Webb said. “There are many things that don’t fall into that category and the roof is one.”