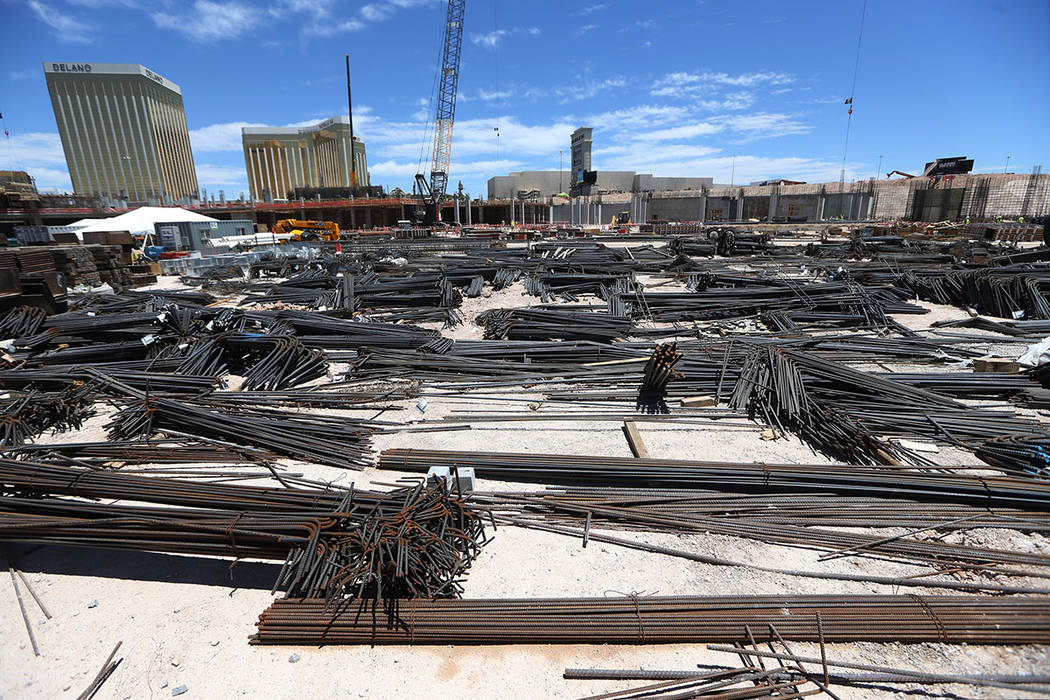 The Raiders say they’ll have a tasty parking plan to serve up in September.

Parking for the stadium has been an issue since the day the Russell Road site was chosen for the $1.8 billion project because the 63-acre site doesn’t have enough room for the 16,250 parking spaces required by Clark County for games and other events.

“There’s no reason for us to discuss it publicly prior to the September deadline by which we have to demonstrate that we’ve met the conditions under our conditional use permit,” said Don Webb, chief operating officer of StadCo, the Raiders’ stadium construction subsidiary. “It’s really a zoning matter. We’re confident from a marketing stadium operation perspective that we’re fine. …We’re still engaged in negotiating on some of the property rights so I’d rather not be too public about this.”

Webb is confident in the plan because he said the Raiders wouldn’t have it any other way.

Webb compared having a favorable parking plan to having a good meal, from start to finish, at a restaurant.

“You walk away not thinking about the main course. You think about the last thing I tasted was dessert and it was horrible. So, we want the salad and the dessert to be as good as the main course,” he said.

The game-day transportation plan is still unsettled, but Webb stressed that it, too, has to be first class.

“Wherever the ticketing public is going to be coming from and going back home to — whether it’s a hotel, their residence, or the airport, or their private vehicles to drive back to Southern California — whatever it is, that entire experience is important to us because the game-day experience is not just what happens inside the stadium,” Webb said.