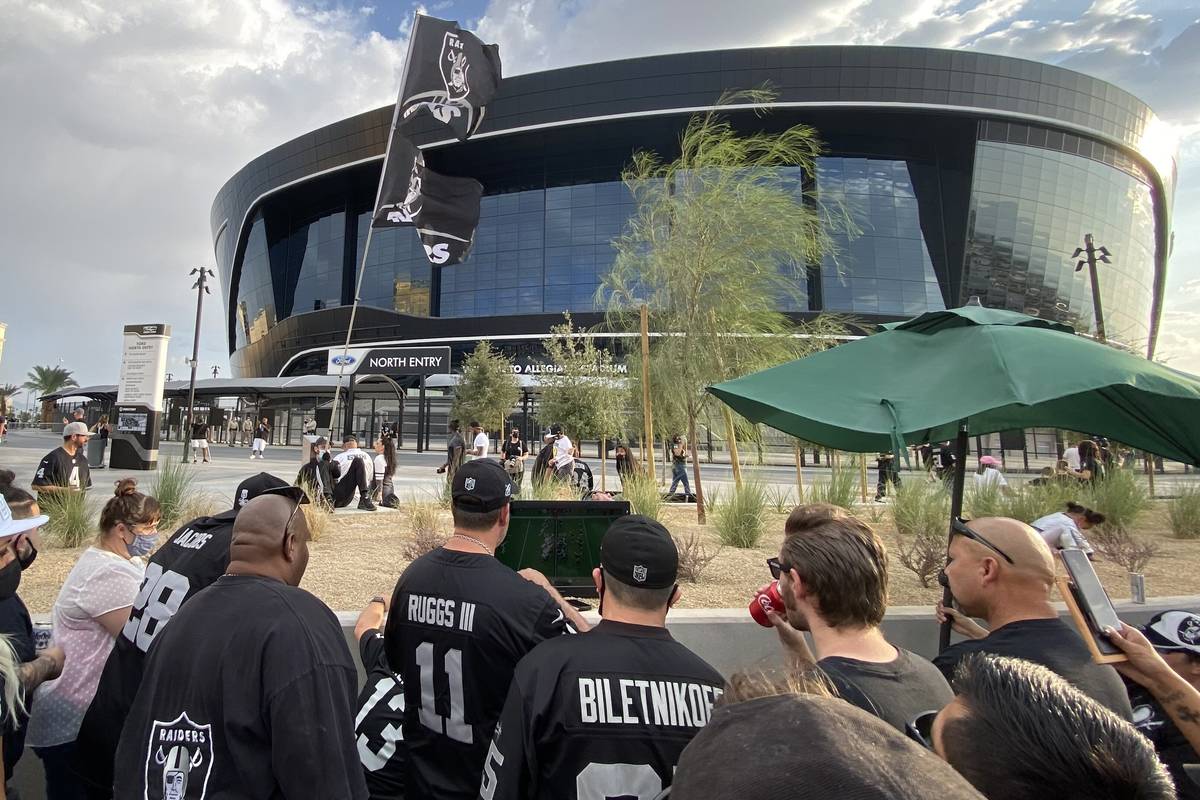 The Las Vegas Stadium Authority Board, with the support of the Las Vegas Raiders, approved the execution of a land use application from Elon Musk’s Boring Co. to open up the possibility of a tunnel connection and station at Allegiant Stadium.

The home of the Raiders is now one of several properties co-signing a land use permit that is the first step toward Boring being able to construct the planned loop tunnel system running from downtown Las Vegas, under the Las Vegas Strip to the stadium. Obtaining building permit approvals is the next step in the process.

“Obviously the Boring Company does not own the land under which they will be building this project, so they are required to get each affected landowner along the route to co-sign that application for them to be able to turn it in and have it be considered,” said Steve Hill, stadium authority director who also serves as president and CEO of the Las Vegas Convention and Visitors Authority. “I think all of the land owners on the route have co-signed that application.”

The Vegas Loop would connect around 50 stations from the Fremont Street Experience to the stadium, with stops at the Las Vegas Convention Center and just about every resort along the Strip. A connection to McCarran International Airport is also possible. The crown of the tunnel for the most part would be about 30 feet below ground throughout the Vegas Loop, Hill said.

Boring would shoulder the costs of building the main tunnels, with each connection and station being the responsibility of the land owner. The company has not disclosed cost estimates for the first-of-its-kind system.

In the case of Allegiant Stadium, which is owned by the stadium authority, the Raiders would foot the bill for the planned tunnel extension and station.

Raiders President Marc Badain said the club and Boring officials haven’t discussed what the price would be to connect the stadium.

Hill noted the system would initially use Tesla model vehicles to transport passengers, with the possibility of using trams when appropriate as well.

Boring is wrapping up a smaller-scale tunnel loop system tied to the Las Vegas Convention Center expansion project. That tunnel is expected to be operational by the beginning of 2021.

“That project is very near completion and it will be commissioned in a matter of the next couple of months and have it available as we move into the new year,” Hill said.

The stadium authority also approved the Raiders’ request to terminate a lease signed in 2019 with Clark County for parcels of land on Las Vegas Boulevard near Warm Springs Road that were planned to be used as a park and shuttle location.

The 19.2 acres had the capacity to hold up to 2,300 vehicles, with room for shuttle operations to transport fans to and from Allegiant Stadium. The lease was set to be $776,187 annually and was set to be renewable every two years.

The Raiders declined to comment on the reasoning behind the lease cancellation.

With about 2,700 on-site parking spots available at the stadium, the Raiders have been purchasing and leasing land around the stadium to bolster their parking plan.

The Rebels are slated to have their first home game at the 65,000-seat stadium Oct. 31 versus in-state rival UNR. UNLV then faces Fresno State on Nov. 7, Wyoming on Nov. 27 and MWC powerhouse Boise State on Dec. 4.

UNLV submitted its reduced-capacity fan plan to the Southern Nevada Health District, which is reviewing it along with county officials.

Once SNHD approves it, the plan will go to the state Department of Business and Industry for final approval.

If approved, the Rebels could host up to 6,500 fans each game, representing the 10 percent threshold for fixed-seat facilities under the state’s directive.