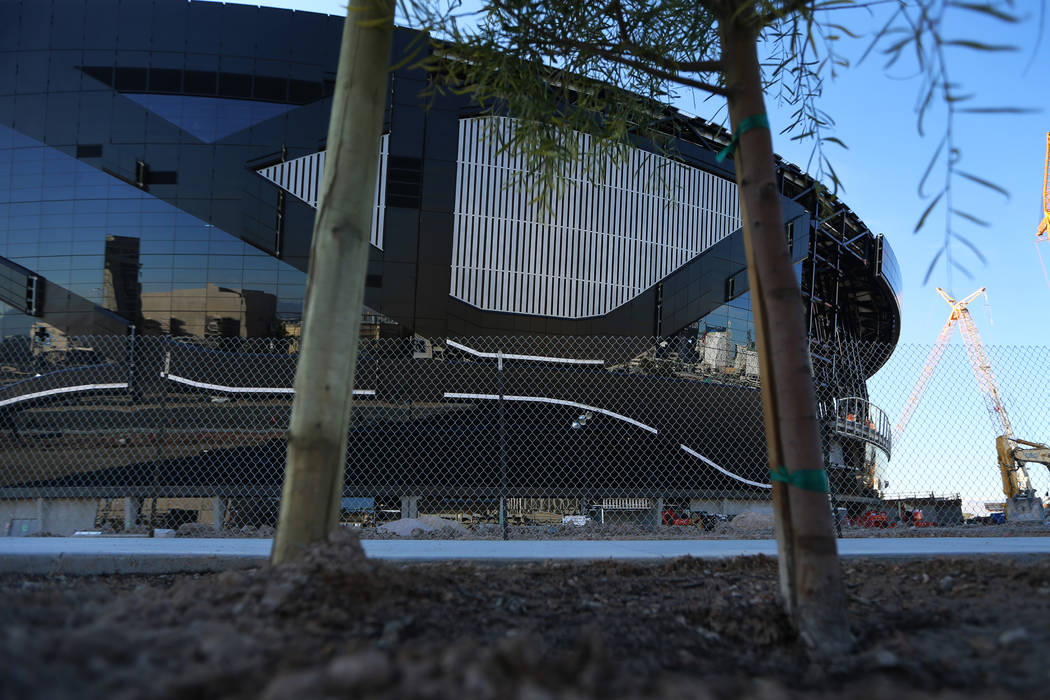 Through the team’s charitable arm, the Raiders Foundation, fans can purchase Legacy Bricks that’ll with surround the front entrance of Allegiant Stadium, the team announced Tuesday.

“For more than 60 years, the Raiders have been committed to excellence both on and off the football field,” said Raiders president Marc Badain.”The Raiders Foundation Legacy Brick Program is a chance for all fans to commemorate their support for Raiders football at Allegiant Stadium.”

— 8” x 8” Logo Brick and Replica Brick Package — $1,500. Engraved with Raiders shield logo and up to three lines of personalized text; includes a duplicate, Replica Brick for home or office.

Legacy Bricks with personalized fan messages are set to be installed in time for the Raiders inaugural season in Las Vegas.

All funds raised through the Legacy Brick Program will benefit the Raiders Foundation, aimed at increasing community and civic health through military support, youth development, and growing the game of football.

For more information on how to personalize a Raiders Foundation Legacy Brick,visit www.raidersfoundationbricks.com or call 1-888-483-3639.

4
Could Patriots’ Josh McDaniels be Plan B for the Raiders?