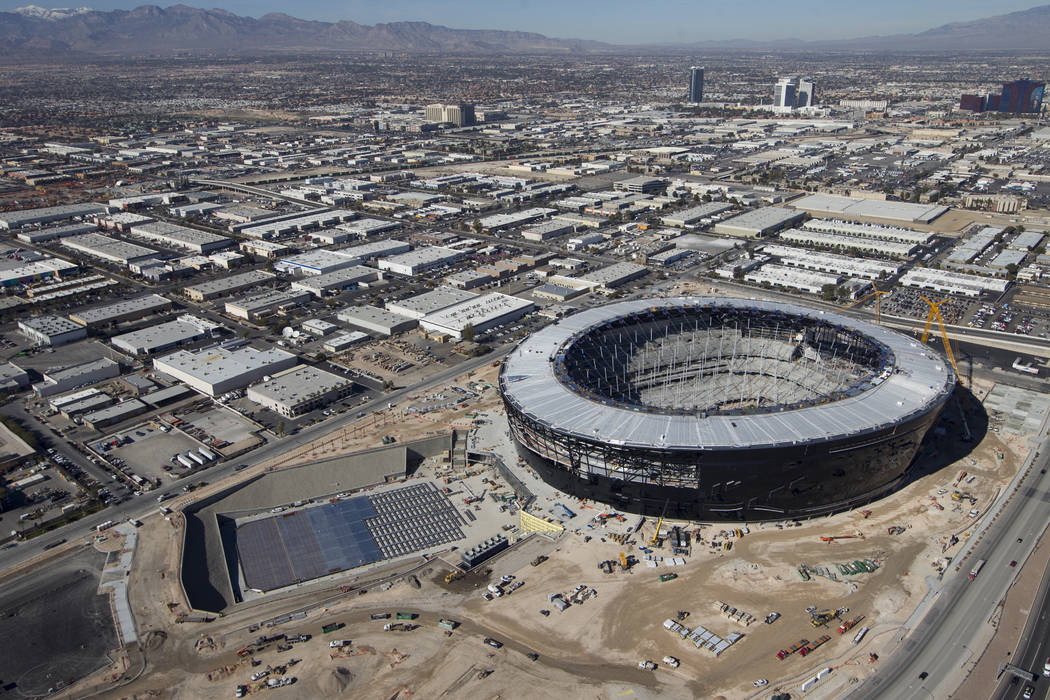 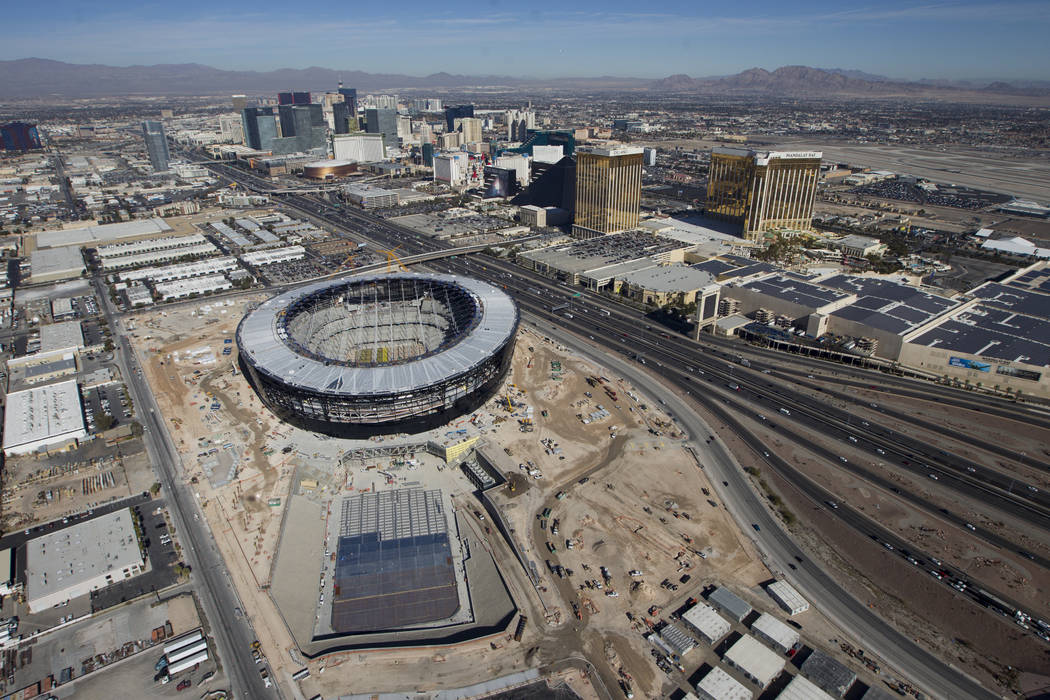 As the vision for the area surrounding Allegiant Stadium takes shape, discussions are being had about what will be added and possibly stripped from the neighborhood.

In a pair of meetings with stakeholders and through an online survey, area residents have expressed to Clark County officials their hope that adult entertainment businesses would be absent from the stadium district.

The stadium district is defined as a 1.23 square mile area around Allegiant Stadium. Its borders are Tropicana Avenue to the north, the railroad tracks to the west and south and Interstate 15 to the east.

There are two strip clubs in the stadium district area, with Crazy Horse III less than a quarter-mile from the stadium and Larry Flynt’s Hustler Club, which is less than a mile down Dean Martin Drive.

Though Crazy Horse III features Allegiant Stadium on its website and has expressed its desire to be a pre-and-post game destination for stadiumgoers, it is possible the pair of strip clubs are moved out of the area, according to Clark County Commissioner Michael Naft.

“I think there’s a strong desire for the neighborhood to mature,” Naft said. “It’s going to be the main stage for millions of visitors, so you want to make it as welcoming to everybody as possible.”

Nevertheless, Naft said there is no immediate push to move the pair of adult establishments out of the area.

“We are confident that the stadium district will bring new and exciting entertainment opportunities to the area,” he said. “The existing adult uses can remain. It is not our intent to create adverse conditions for any existing businesses.”

Ralph James, Huslter general manger, said they are excited about their new neighbor, noting they’ll have a full tailgating plan ready for the 2020 season.

“We are excited as a business and as fan to be a part of the stadium district and being neighbors to the Las Vegas Raiders,” James said. “We have big plans for a tailgating festival, including season long tailgating spots available. We also will have viewing parties for all Raiders home and away games inside of the club, including our rooftop patio party with BBQ, drink specials and a awesome view of the Raiders stadium, so close you will be able to hear the game.”

A mixed use approach

The online survey found respondents generally are in favor of a mixed-used approach, with hotels, live-work structures and entertainment. Respondents also want something similar to Toshiba Plaza in front of T-Mobile Arena.

“Park has become a gateway to T-Mobile and there’s desire (from respondents) for something similar in the stadium district,” Naft said

Details of the preferred look include:

— Green space for kids and gathering areas for game and non‐game day events.

The survey also found that residents want to feel safe in the area, and hope to have strong safety and security measures with CCTV, police presence and satellite police stations.

Transportation was also a big topic of discussion on the survey with respondents looking for improved parking, mobility options and more.

Some of the stated preferences include:

— Connecting the monorail to the stadium and airport.

— Developing a tram system that travels on the Strip and ends at the stadium.

Extending the monorail from MGM Grand to Mandalay Bay would cost $140 million to construct and the company has had trouble securing financing for the project. Last year Clark County shot down the monorail’s request to guarantee $135 million in public funds to go toward two new stops, one at Mandalay Bay and another at MSG Sphere at the Venetian. The company eventually secured $33.6 million in financing for the MSG Sphere stop.

Naft said all modes of transportation will have to come together to handle stadium traffic.

“There won’t be one solution,” he said.

Naft also said ride-hailing companies like Uber and Lyft will be “a huge component” of the stadium’s transportation solution.

“The appeal, for example, of (having) a town square up the street. I could see people going in, having a drink and taking a ride share from there, over to the stadium.”

Naft said more meetings are needed to help shape the vision for the stadium district.

“I don’t think you’ll see a real, defined overlay district, with set parameters before the stadium opens,” he said. “There’s a strong desire from all the businesses in the neighborhood to see how things progress. But then also from customers’ perspective and residents, this is a new thing for us and we don’t want to lock ourselves into something at the exclusion of other opportunities.”