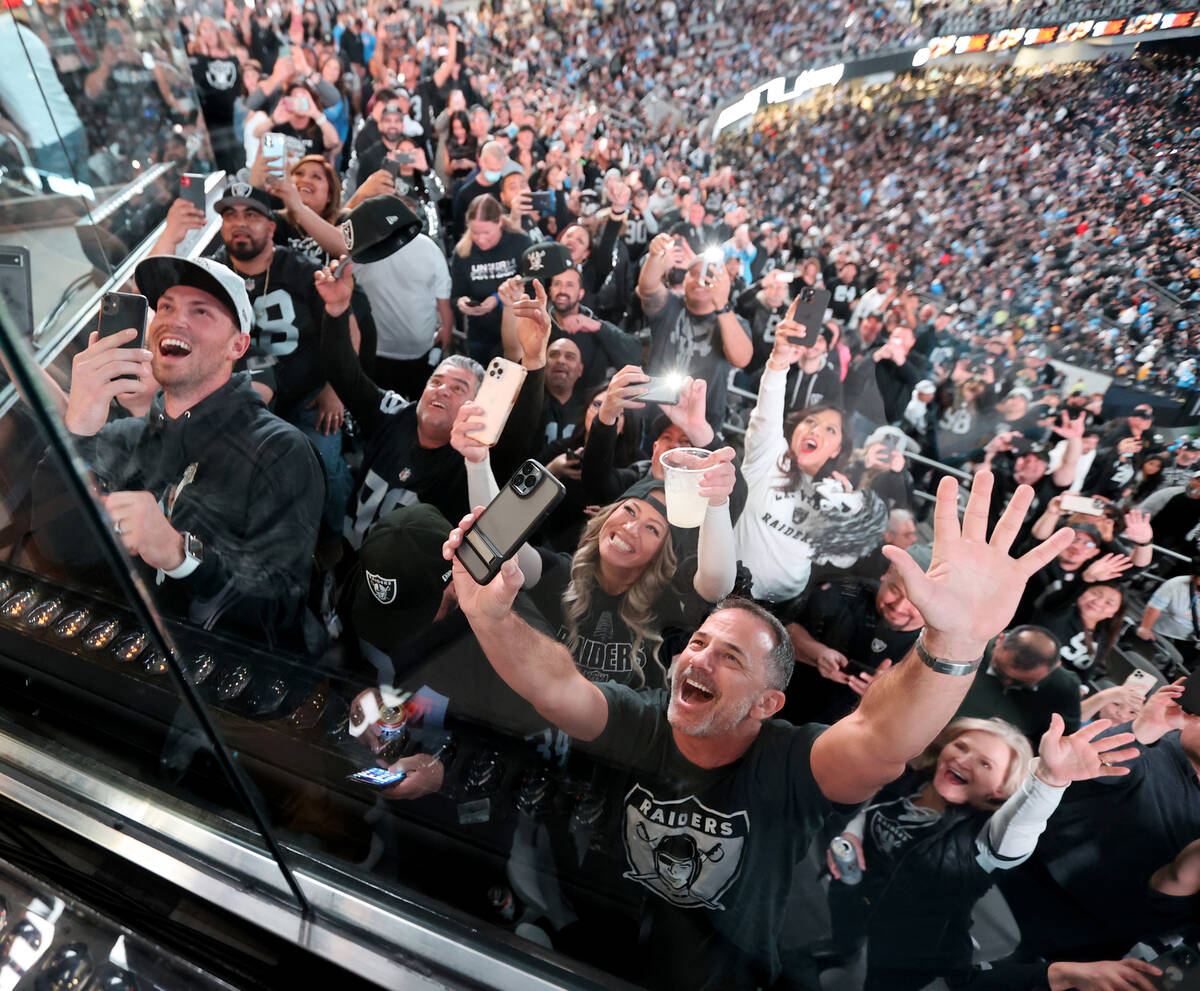 Fans cheer as Lil Jon performs with members of the Raiderettes during halftime as the Raiders take on the Los Angeles Chargers at Allegiant Stadium in Las Vegas Sunday, Jan. 9, 2022. (K.M. Cannon/Las Vegas Review-Journal) @KMCannonPhoto 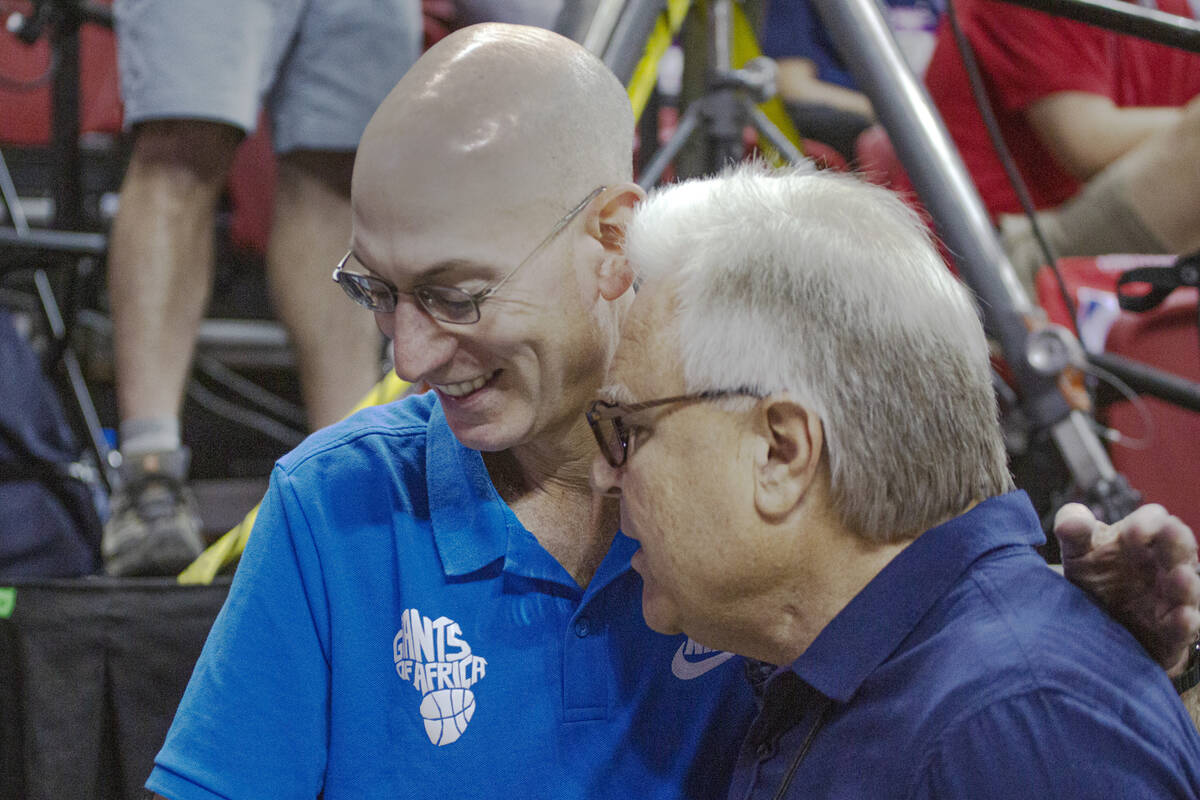 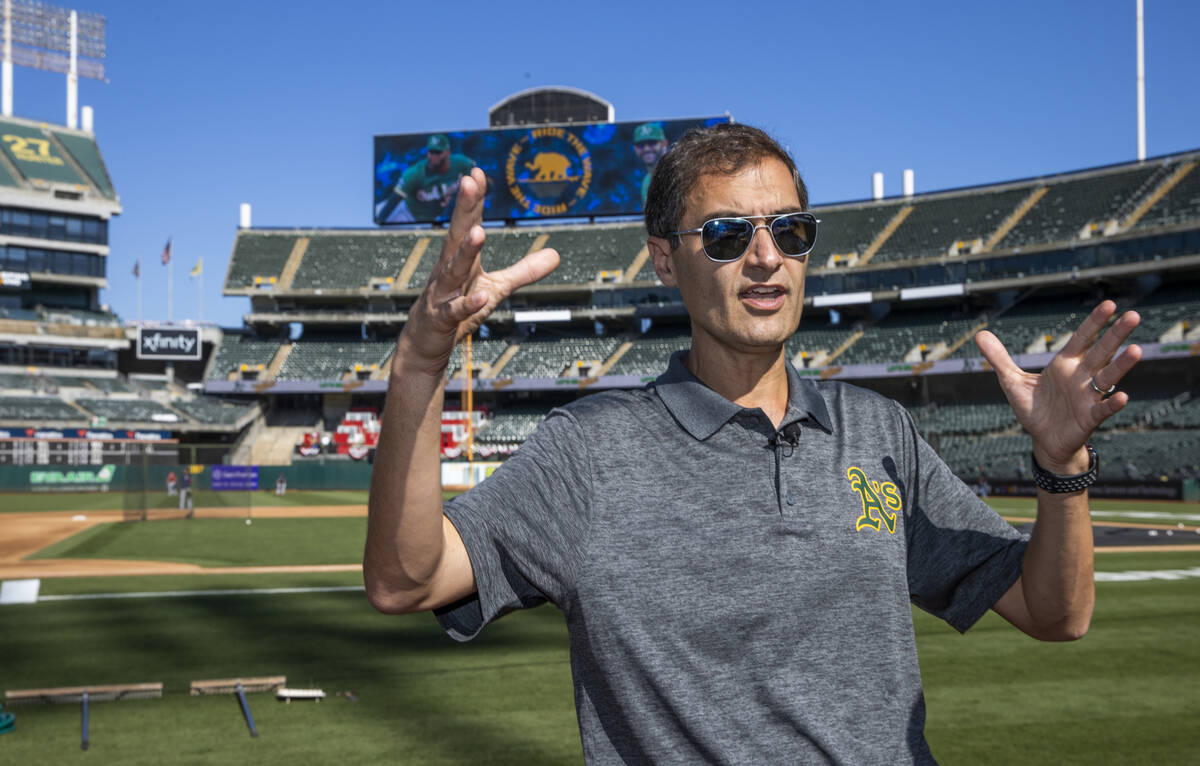 L.E. Baskow/Las Vegas Review-Journal Oakland A's President Dave Kaval talks about the current state of the team, location and future possibilities before they face the Boston Red Sox at RingCentral Coliseum on Friday, July 2, 2021, in Oakland. 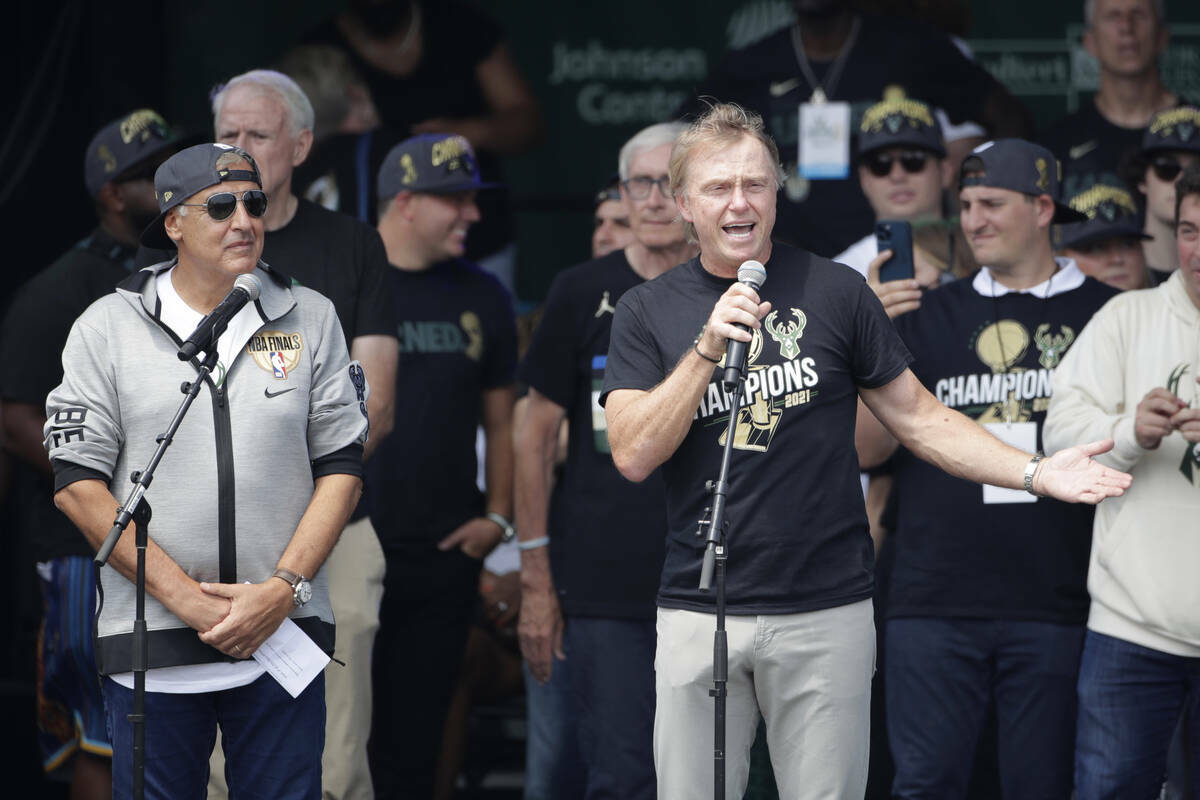 With Las Vegas becoming a hotbed for professional sports activity in recent years, one possible newcomer to the market envisions every league calling Las Vegas home at some point.

In a few short years Las Vegas went from zero pro sports teams to having the NHL’s Golden Knights, the NFL’s Raiders and the WNBA’s Aces playing home games within a few miles of each other. Add to that the long-rumored NBA interest in the area, Major League Baseball’s Oakland Athletics eyeing the valley for possible relocation and news of a possible Major League Soccer team heating up last week, and it’s obvious all eyes are on Las Vegas.

Wes Edens, part of the ownership group that entered into an exclusive negotiation agreement with MLS in hopes of netting an expansion franchise in Las Vegas, said the sky’s the limit for pro sports in Las Vegas. He is also co-owner of the NBA’s Milwaukee Bucks and was part of the group that landed the team a new arena and helped lead them to their first NBA championship since 1974.

“I believe all major sports will be in Las Vegas at some point in the future, I really do,” Edens told the Review-Journal last week. “I think baseball, basketball and soccer, I think they’re all going to have homes in Las Vegas in the long run, or maybe not so long run.”

With many skeptics believing that a market of Las Vegas’ size could support just one major pro sports team, let alone several, Edens said the success of what was seemingly the least likely league to make it in the desert provided evidence Southern Nevada can support all leagues.

“I think hockey was the most unlikely one to be first,” Edens said. “Look out the window in Las Vegas, there’s not a lot of hockey being played right now. The success that it’s had has really opened people’s eyes around it. Football, given its fairly limited home schedule, might have been the most intuitive; they’ve been a huge success.”

With the ever-growing Las Vegas Valley marching toward a population of 3 million people and with the large visitor volume, Edens believes the recipe for success is a mix of local fans and out-of-towners.

“The attraction of Las Vegas is not only the local draw, as one of the fastest growing cities in America … but it also has a massive tourist population,” Edens said. “It’s likely to be a home venue for all the major sports.”

Raiders Chief Operations and Analytics Officer Jeremy Aguero also believes that all leagues could end up in the Southern Nevada desert but cautioned it’s not a given they will be successful if they just try to follow the blueprint of the first two major pro sports teams in the valley.

Aguero said there isn’t a cookie-cutter plan other teams can follow to ensure their success in Las Vegas. But he firmly believes the area is not done adding to its pro sports repertoire.

“I think there are all kinds of opportunities for additional events and additional leagues to exist here,” Aguero said. “It just has to be the right formula to make it work.”