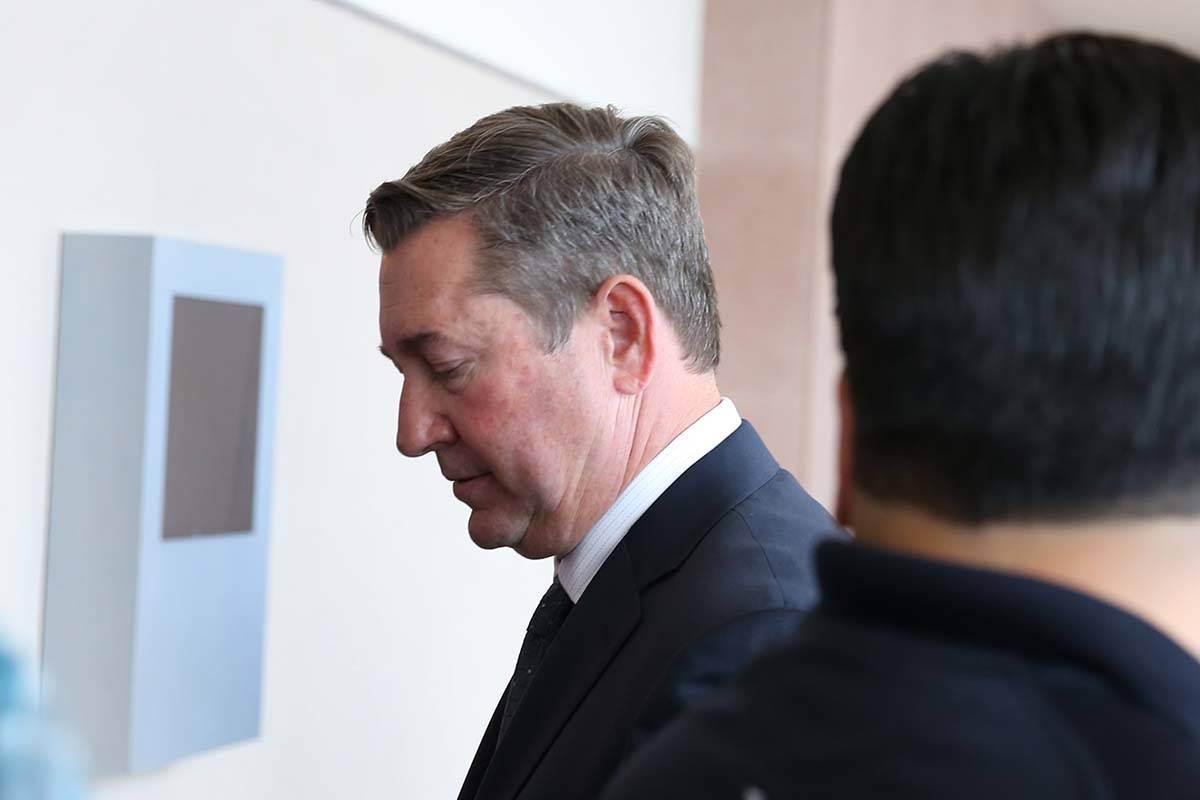 Real estate broker Scott Gragson is expected to pay out $21 million to the family of a woman killed when he drove drunk and crashed his SUV in an upscale Summerlin neighborhood, according to court documents.

Melissa Newton, a mother of three, was killed in the May 2019 wreck, while three others in Gragson’s vehicle were injured. Newton’s family and the other crash victims have filed lawsuits against Gragson.

Three of the victims, including Newton and two other passengers, Greg Tassi and Christie Cobbett, reached settlements with Gragson before he pleaded guilty to criminal charges in February. Passenger Christopher Bentley’s suit is set for trial in September.

According to settlement documents filed in Newton’s lawsuit, Gragson is expected to pay her family $21 million. His insurance company will pay $8.2 million, while he will pay $12.8 million, the document states.

An online fundraiser launched in June for Newton’s three daughters Addison, 17, Katelyn, 14, and Lauren, 11, called them “her everything.”

Under the terms of the settlement, Gragson is expected to make five payments, including $2.4 million on Friday, through Sept. 1.

At a hearing in February, Gragson said he would accept responsibility “by working to financially settle with all of those impacted,” adding that he had “accomplished that with nearly everyone.”

Attorney Robert Eglet, who represents the Newton family, declined to comment on the settlement.

Defense attorneys David Chesnoff and Richard Schonfeld have said they would ask the judge for a minimum six-year prison sentence.

Gragson’s arrest report states that the first blood draw three hours after the crash measured his blood alcohol content at 0.147 percent, nearly twice the legal limit for drivers in Nevada.

He admitted to Metropolitan Police Department officers that he drank for about five hours at a charity golf event, consuming “four to five mixed drinks” and Coors beers before the crash, his arrest report stated.

Moments before the wreck that left Melissa Newton dead, Gragson had rolled up to the security gate of The Ridges community in his Range Rover, smelling of alcohol, the arrest report stated.

He told the guard, who reported that Gragson was “verbally aggressive” with slurred speech and bloodshot eyes, that he was headed to an “after party” and wanted the guard to allow vehicles behind him through the gate without checking in. Another witness told police that she had attended a charity golf event with Gragson that day.

Then he “accelerated south on Granite Ridge Drive at a high rate of speed, not slowing,” the report stated.

Police responded to the crash about 4:50 p.m. May 30 at the intersection of Granite Ridge and Grey Feather drives, near Flamingo Road and Town Center Drive.

Home surveillance video showed Gragson climb out of the Range Rover after the crash and rush to one victim’s side, before pulling a large tree branch off another, the report stated. Officers found him sitting on a rock on the side of the road.