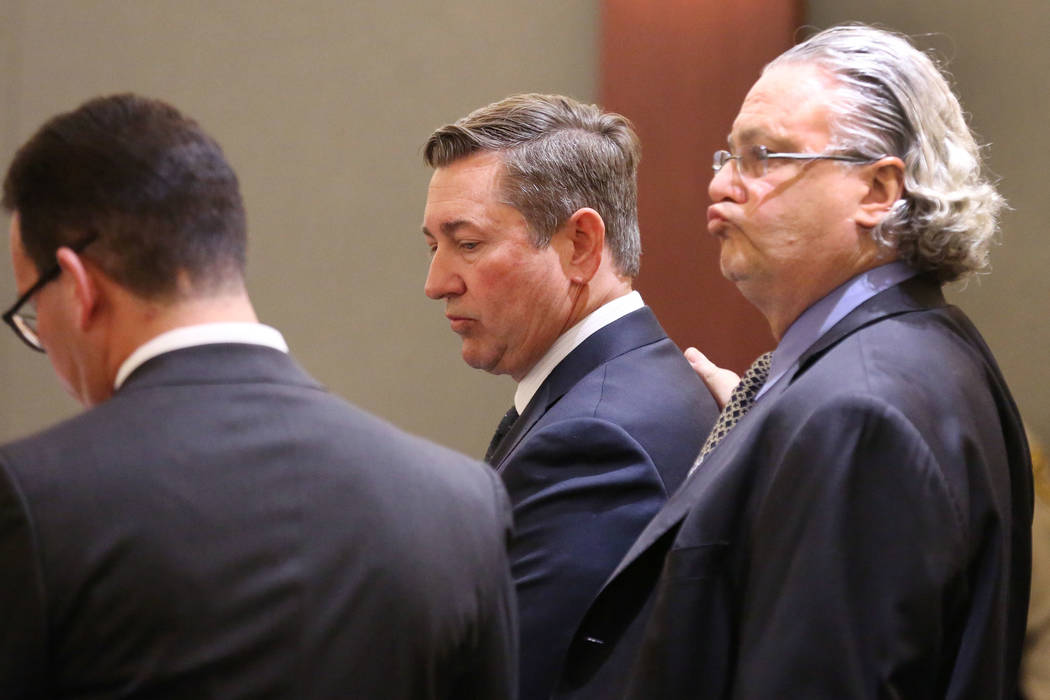 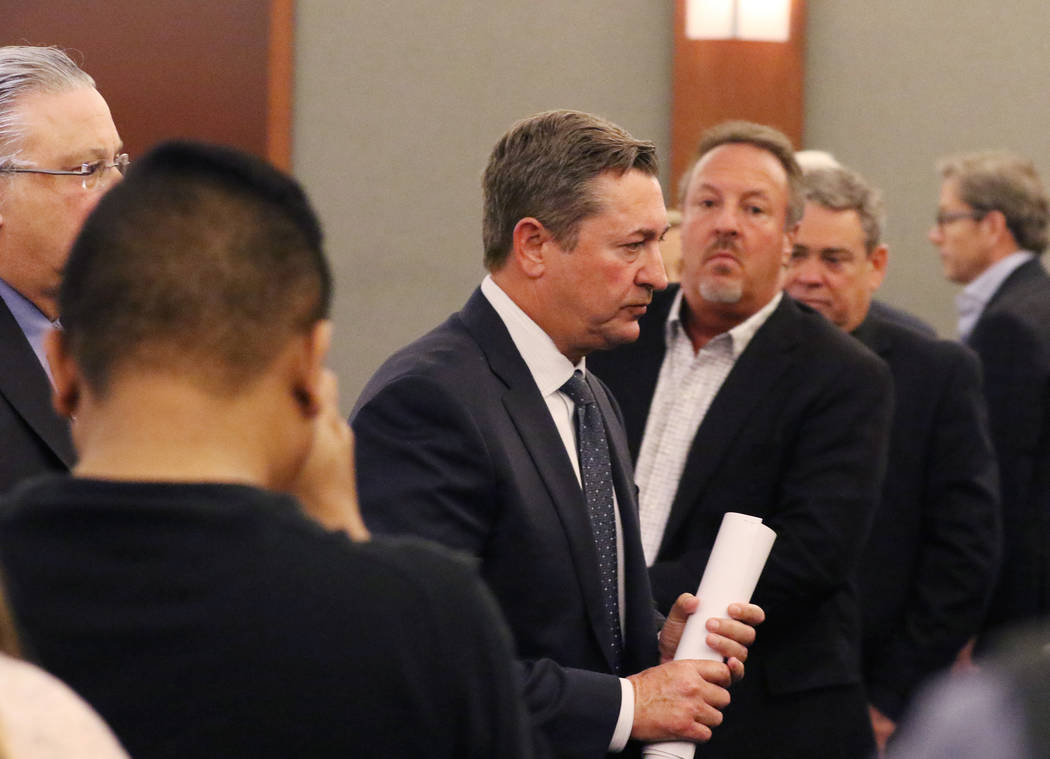 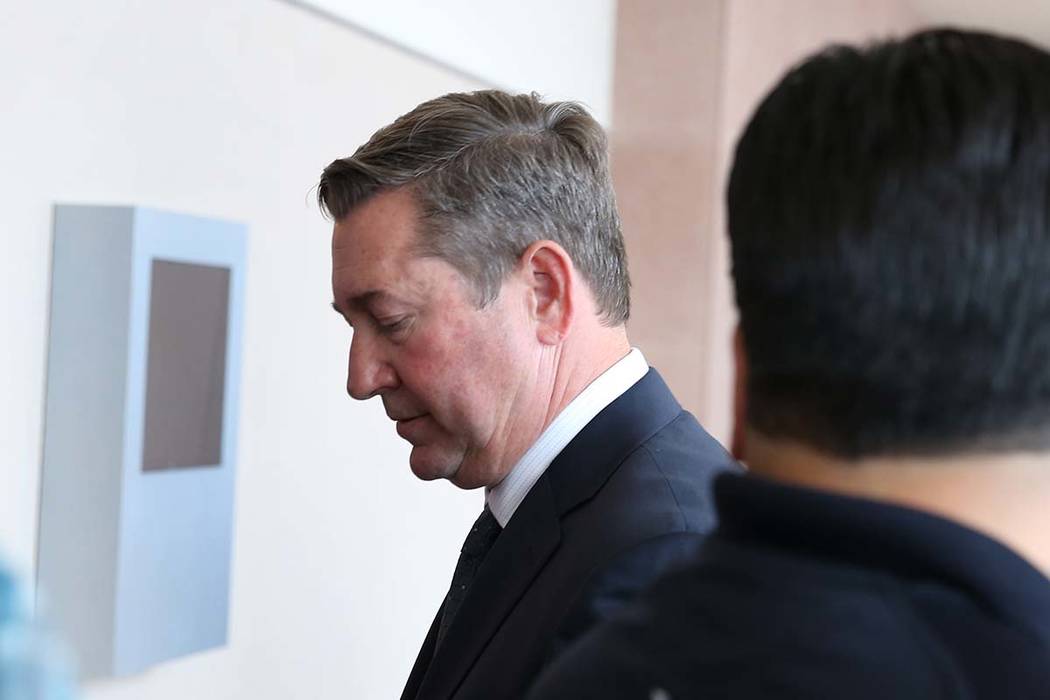 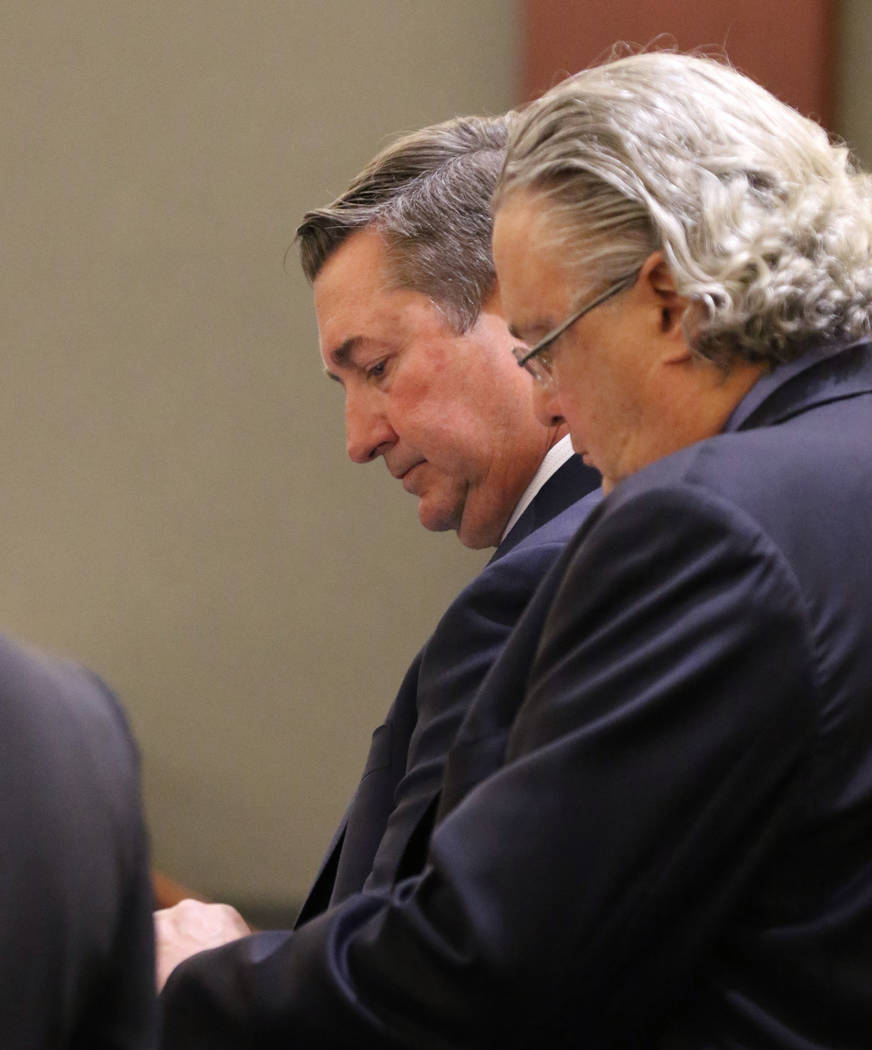 He had faced two additional counts of DUI resulting in substantial bodily harm and four counts of reckless driving in the May wreck at The Ridges in Summerlin.

Melissa Newton, a mother of three, was killed in the wreck, while three others in Gragson’s vehicle were injured. Newton’s family and the other crash victims have filed lawsuits against Gragson.

Defense attorneys David Chesnoff and Richard Schonfeld said they would ask the judge for a minimum six-year prison sentence.

After Gragson pleaded, his lawyers provided reporters with a prepared nine-paragraph statement from Gragson.

“I cannot express the depth of my remorse and sorrow, and I struggled with how to express myself without using the word ‘I’ because this is not about me,” the statement began. “This is about the people who were lost, hurt and impacted by my actions.”

Gragson said he pleaded guilty “to spare the people I have already hurt so greatly the pain of a trial. I accept my role and responsibility by working to financially settle with all of those impacted and have accomplished that with nearly everyone. I am now standing here ready to accept my punishment, and I expect to go to prison.”

Chesnoff said that since Gragson’s arrest, he has undergone regular treatment for alcohol problems.

Chesnoff added: “the amount of pain he feels cannot be measured.”

Clark County District Attorney Steve Wolfson, who attended the plea hearing, told reporters that he hoped others would learn from Gragson’s case.

In court briefs, Gragson’s lawyers had argued that there were numerous issues with the blood draws done at University Medical Center to check Gragson’s blood alcohol content.

His blood was not drawn until more than three hours after the crash, even though a warrant was obtained before two hours had passed, they argued.

Gragson’s arrest report states that the first blood draw three hours after the crash measured his blood alcohol content at 0.147 percent, nearly twice the legal limit for drivers in Nevada.

He admitted to Metropolitan Police Department officers that he drank for about five hours at a charity golf event, consuming “four to five mixed drinks” and Coors beers before the crash, his arrest report said.

Under Nevada law, blood evidence drawn more than two hours after a DUI crash is not presumptive of the blood alcohol level.

Body camera footage from the moments following the crash shows Gragson taking a field sobriety test and telling police that he’d had several alcoholic drinks before getting behind the wheel.

The victims of the crash filed lawsuits against Gragson. Three of them, including Newton, have reached confidential settlements, while passenger Christopher Bentley’s suit is set for trial in September.

Attorney William Kemp, who represents Bentley, said Friday that he continues to receive treatment for a severe brain injury suffered during the crash and is expected to undergo therapy “for the foreseeable future.”

Of the plea, Kemp said: “Mr. Bentley wishes no ill will to Mr. Gragson. He just wants fair compensation for his injuries.”

Attorney Robert Eglet, who represents the other victims, could not be reached for comment Friday.