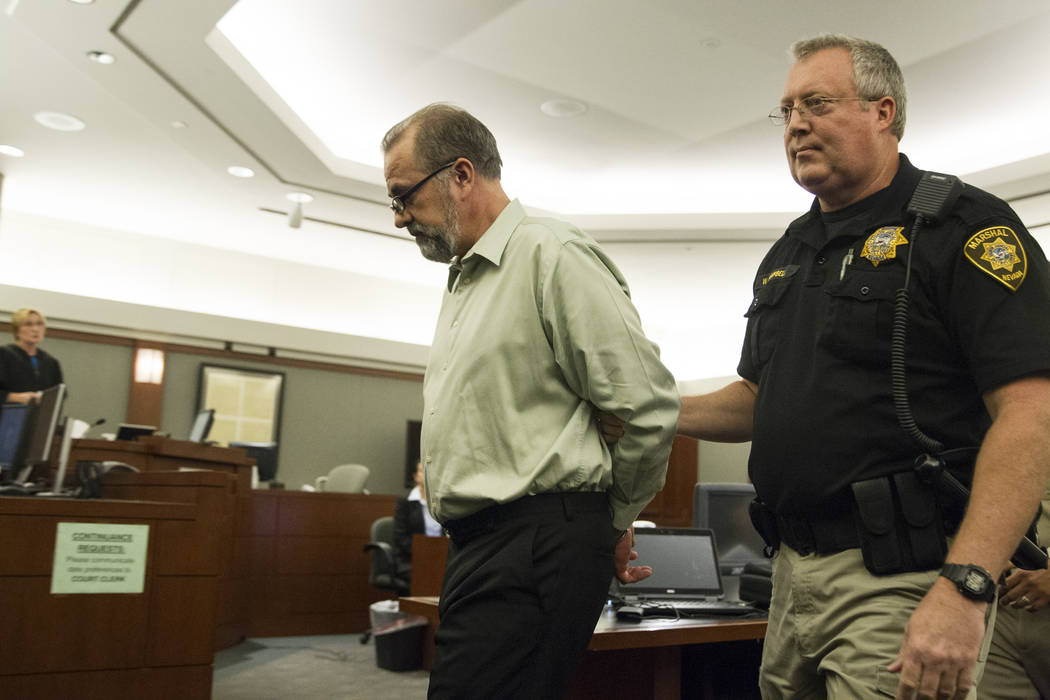 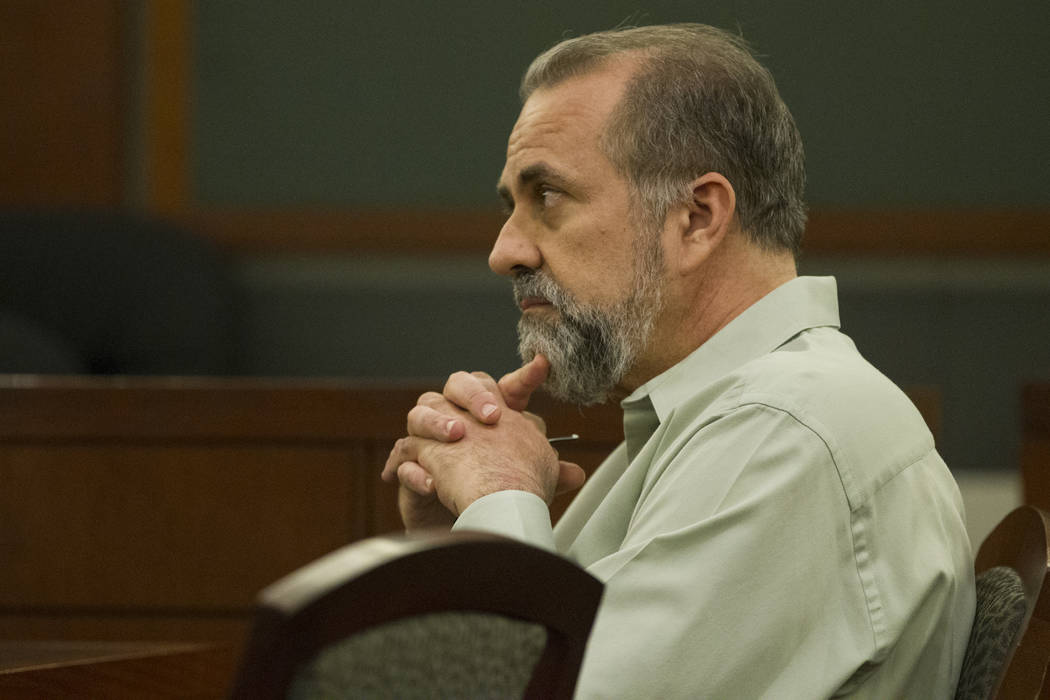 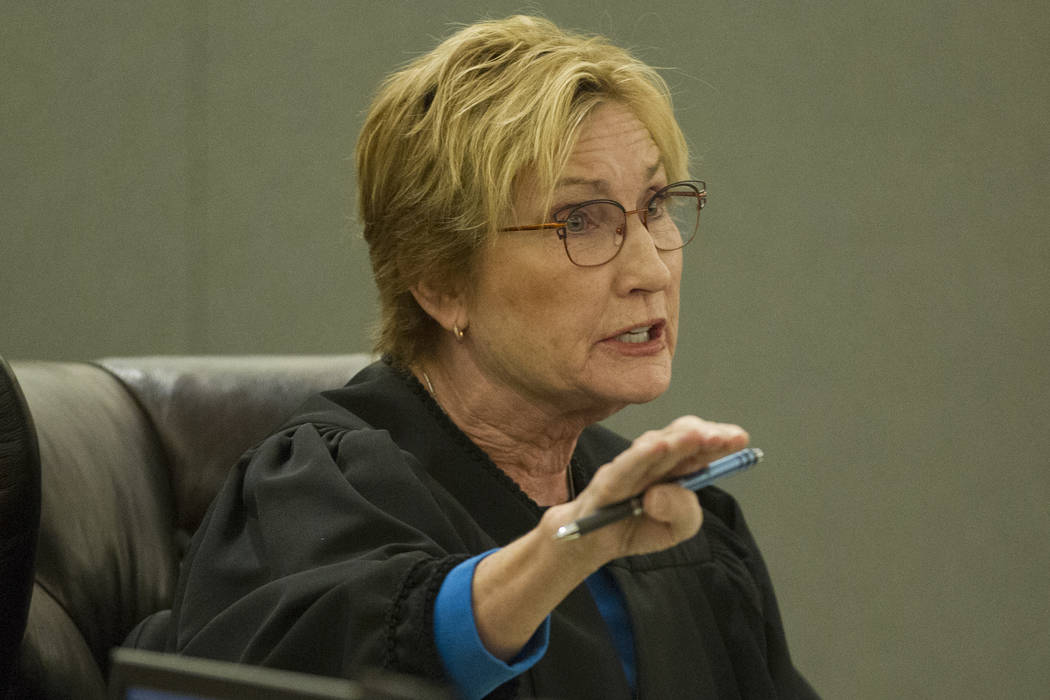 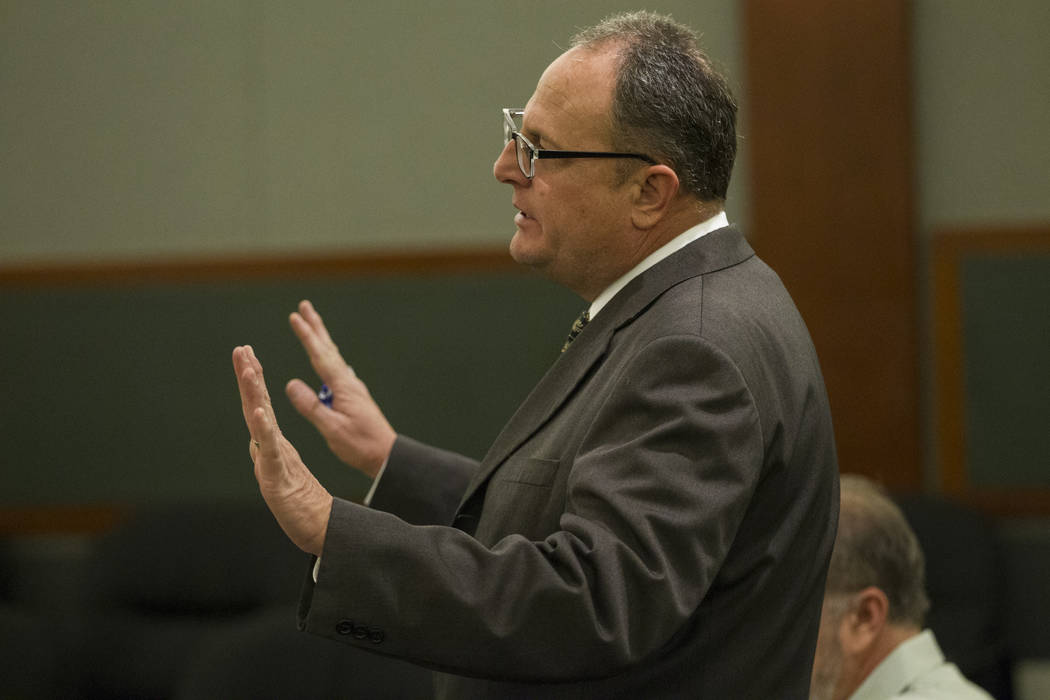 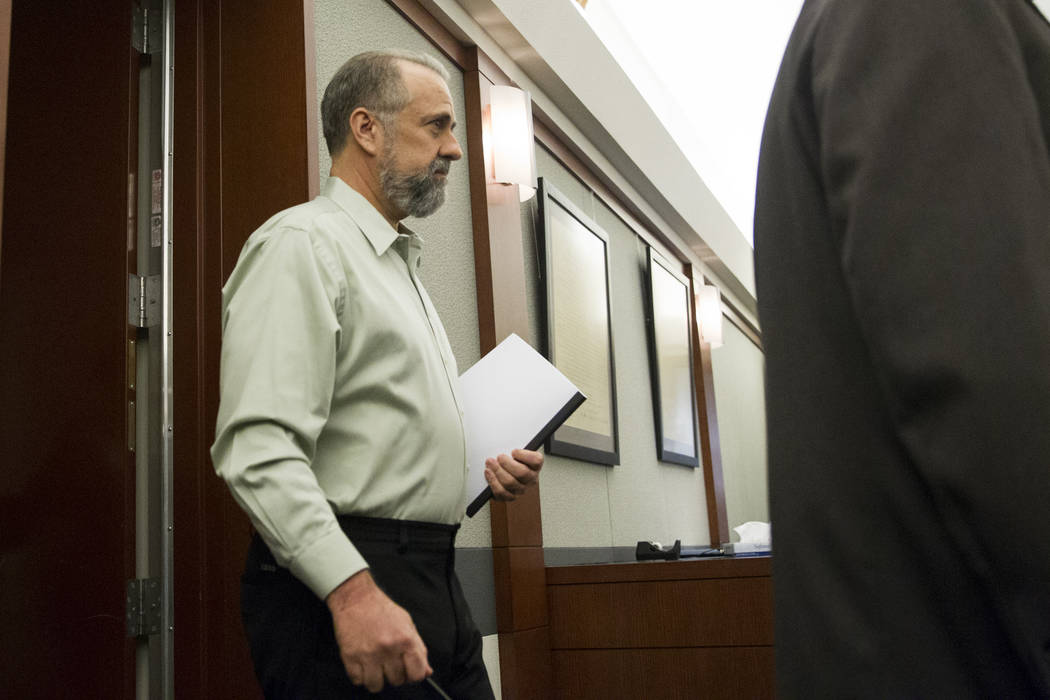 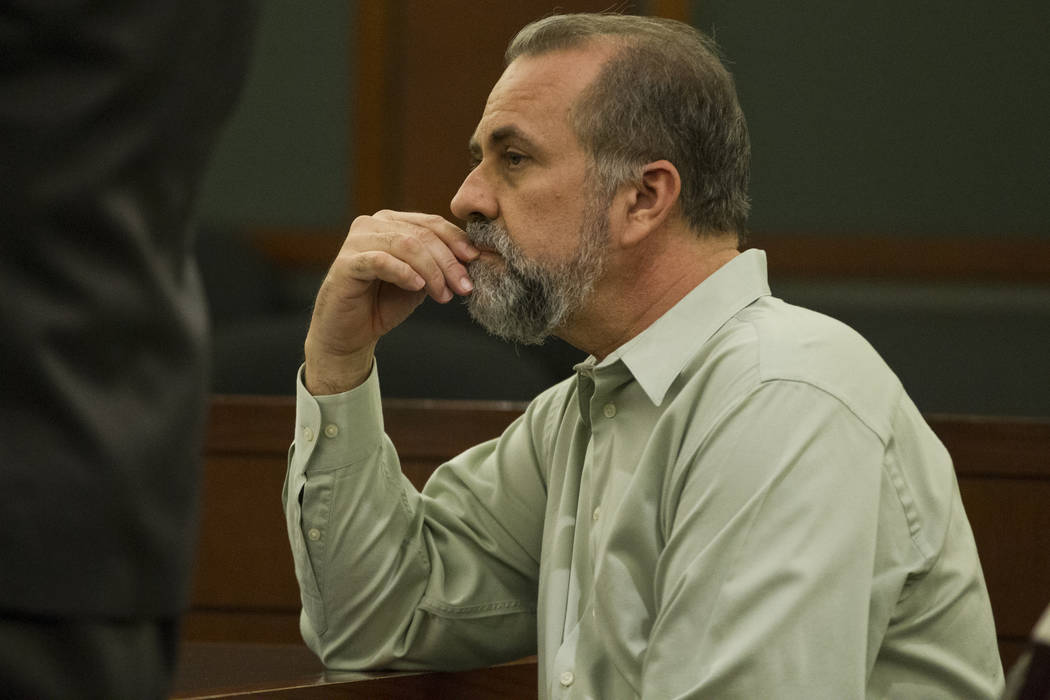 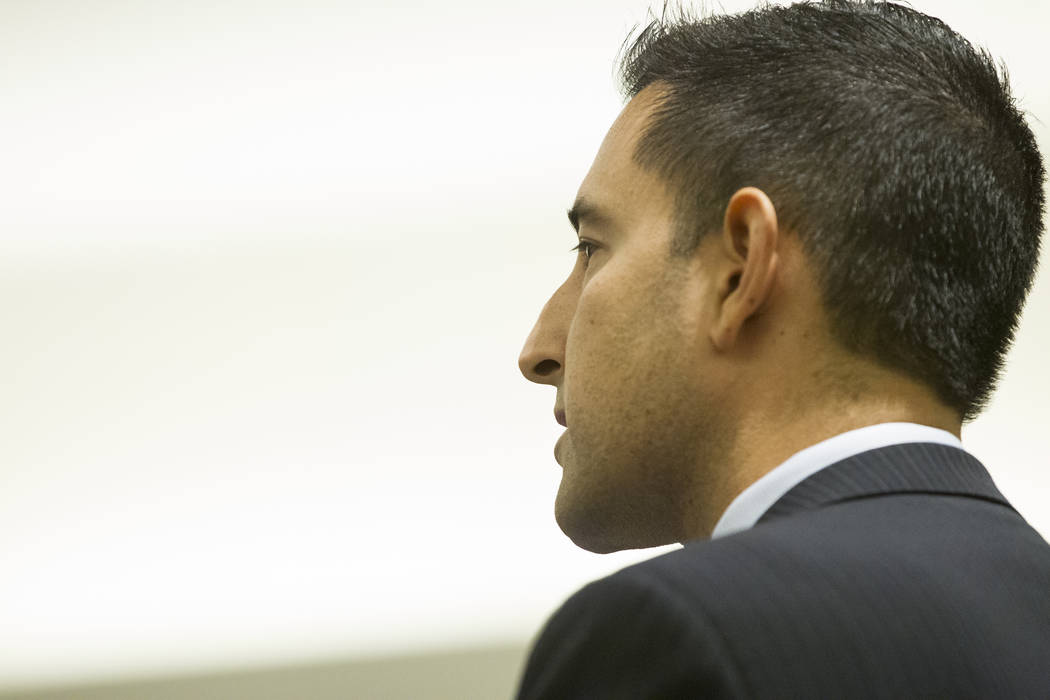 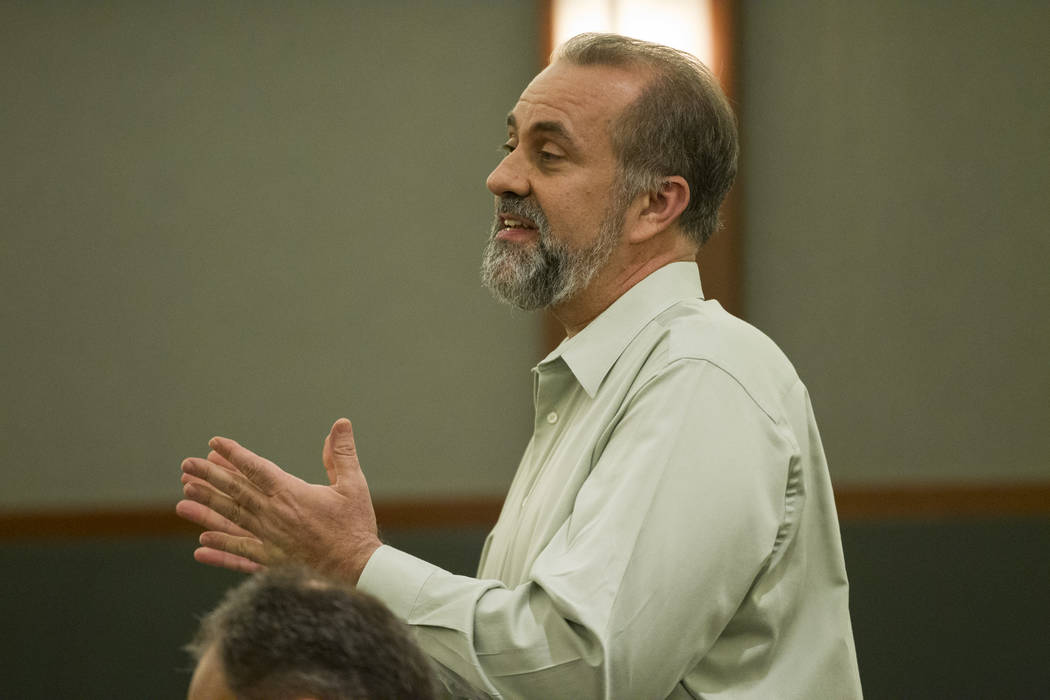 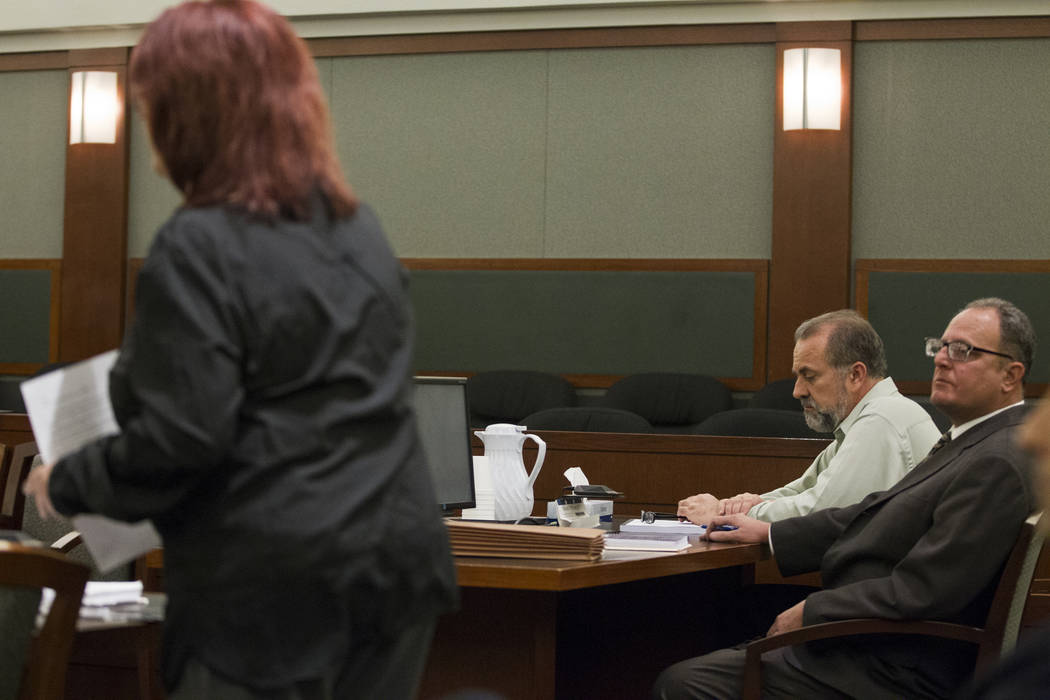 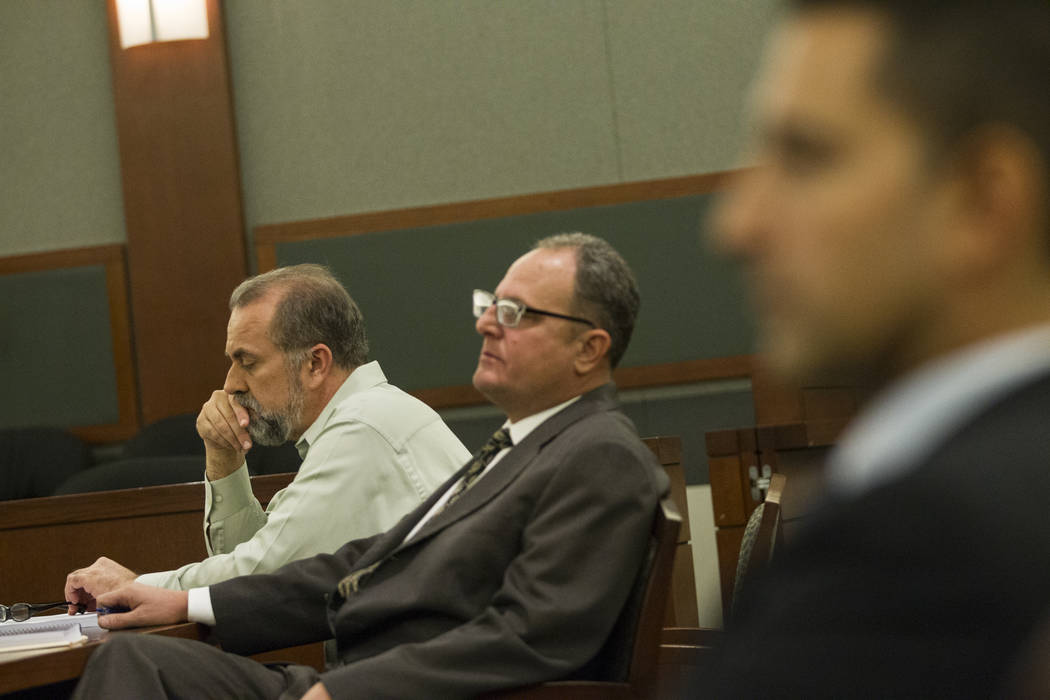 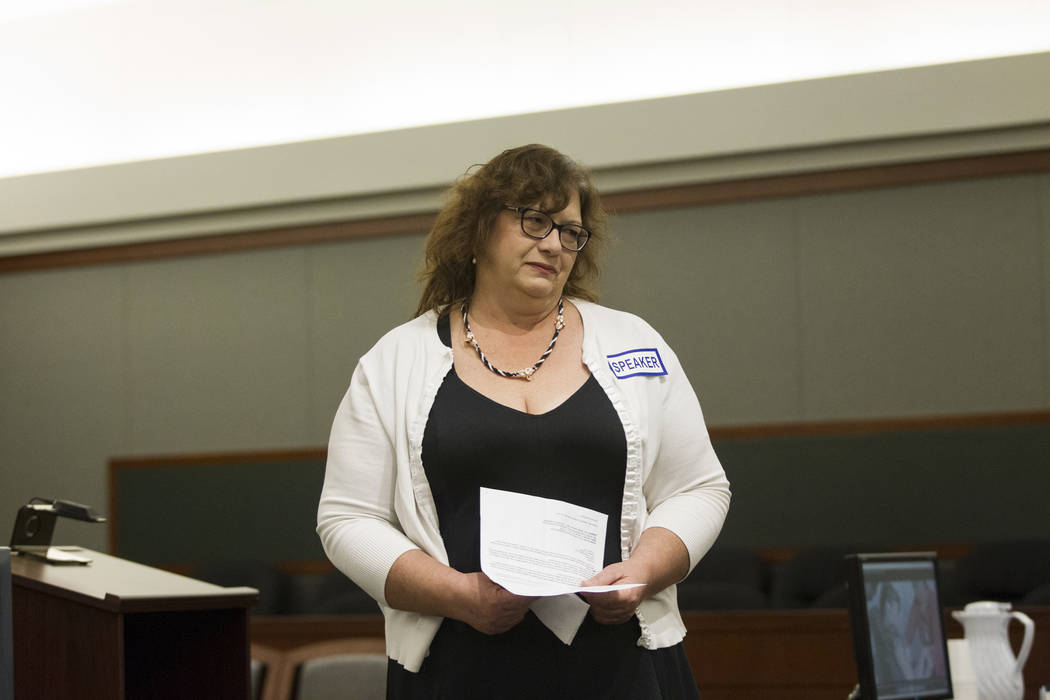 Sonia Doner after talking on behalf of her parents who were victims of former attorney Robert Graham, accused of swindling more than $16 million from clients, during his sentencing at the Regional Justice Center in Las Vegas, Friday, Dec. 8, 2017. Erik Verduzco Las Vegas Review-Journal 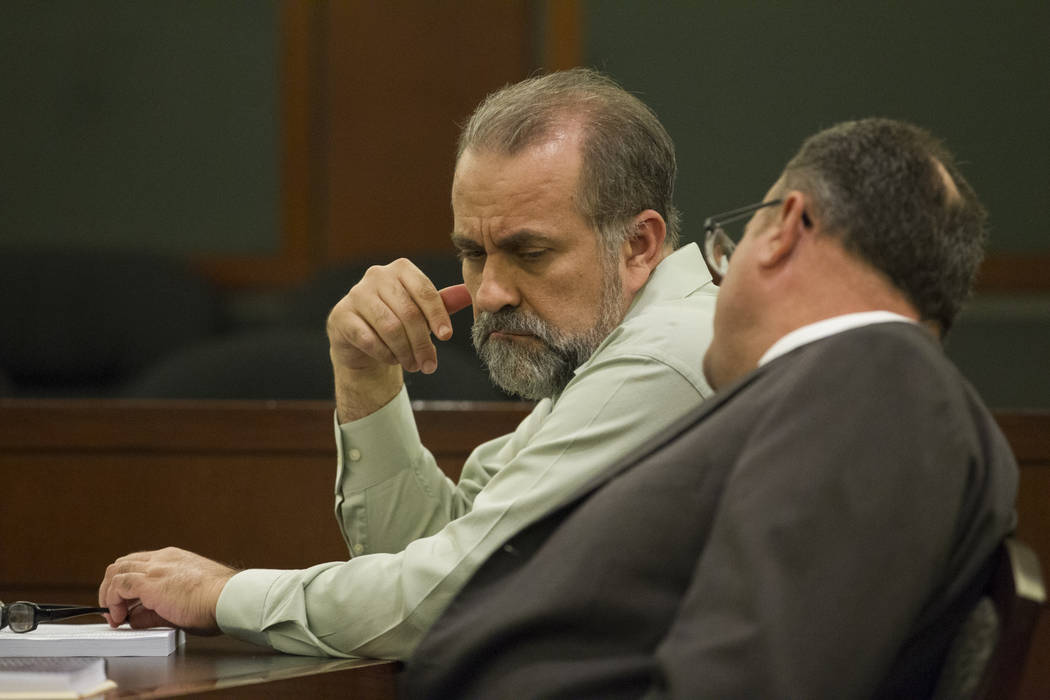 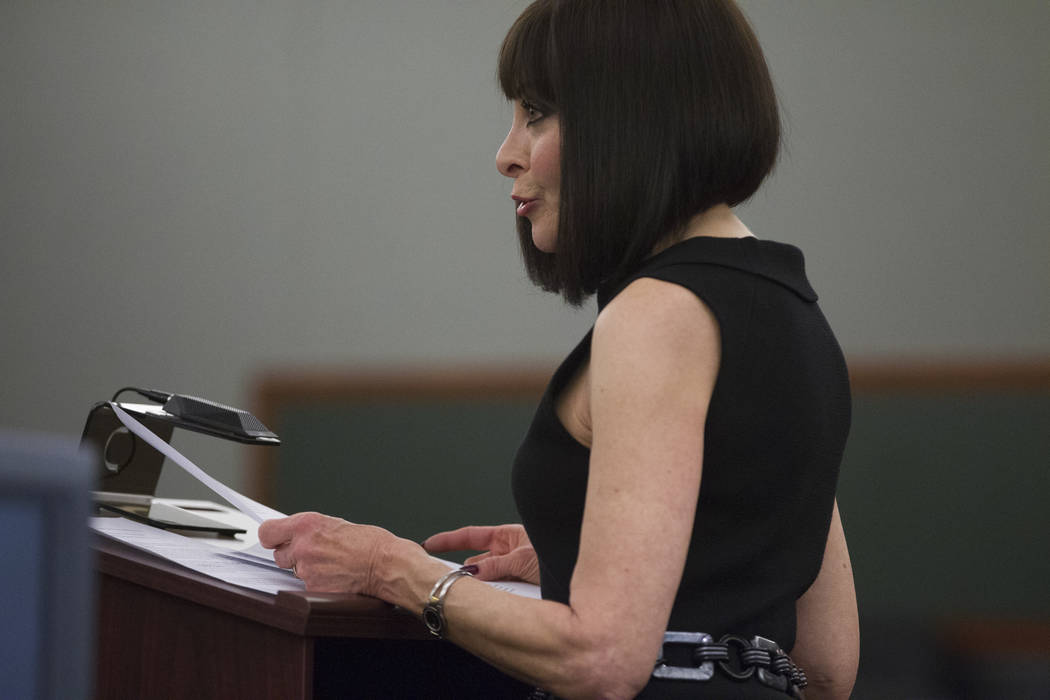 Barbara Macknin, the wife of Michael Macknin, a former police officer and casino company investigator who died in 2013, and the victim of former attorney Robert Graham, accused of swindling more than $16 million from clients, during his sentencing at the Regional Justice Center in Las Vegas, Friday, Dec. 8, 2017. Erik Verduzco Las Vegas Review-Journal 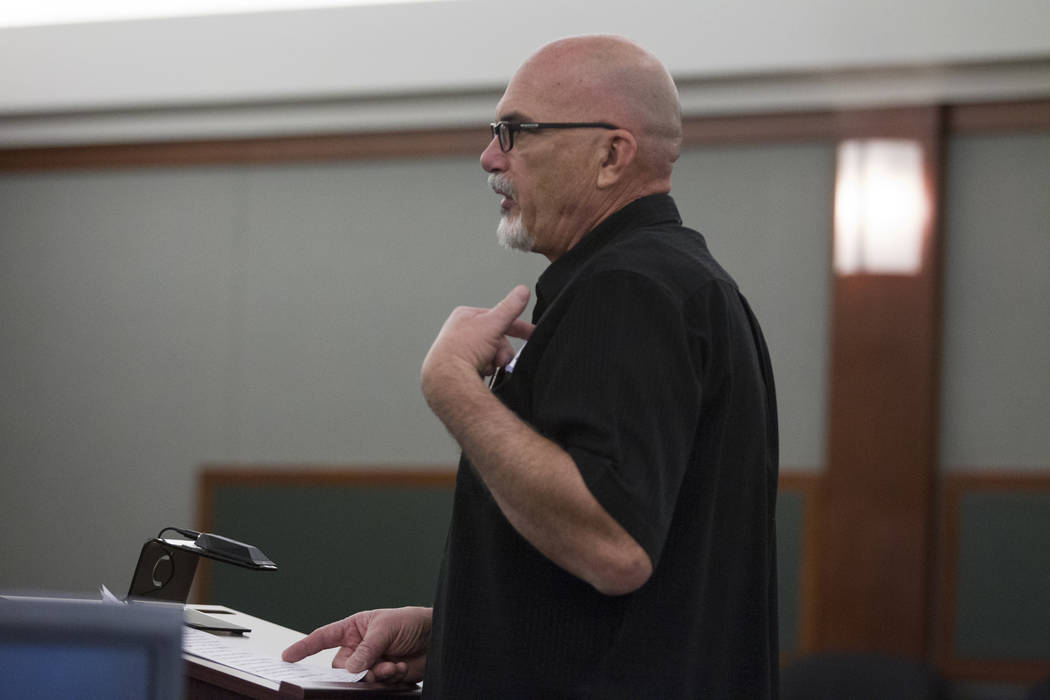 Roman Sicho talks on behalf of his parents who were victims of former attorney Robert Graham, accused of swindling more than $16 million from clients, during his sentencing at the Regional Justice Center in Las Vegas, Friday, Dec. 8, 2017. Erik Verduzco Las Vegas Review-Journal 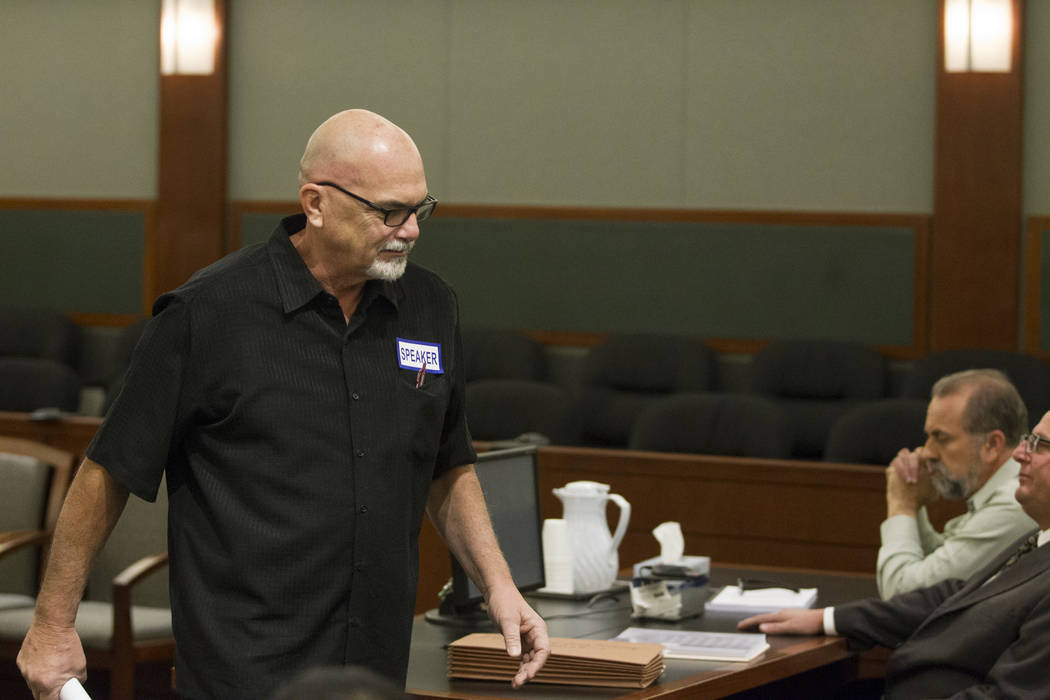 Roman Sicho after talking on behalf of his parents who were victims of former attorney Robert Graham, accused of swindling more than $16 million from clients, during his sentencing at the Regional Justice Center in Las Vegas, Friday, Dec. 8, 2017. Erik Verduzco Las Vegas Review-Journal 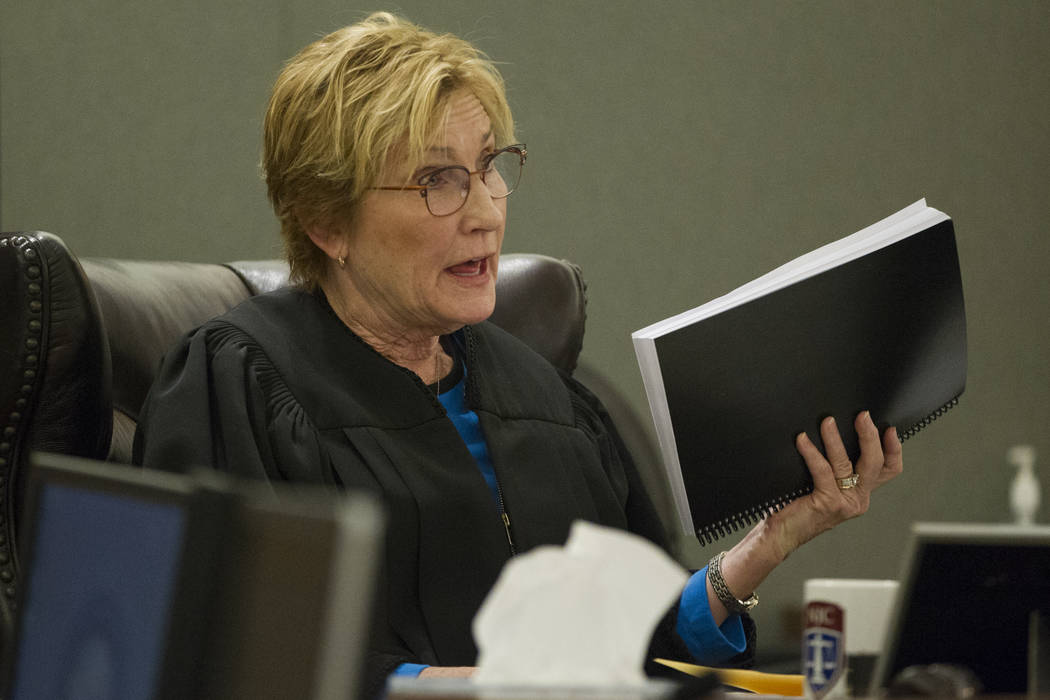 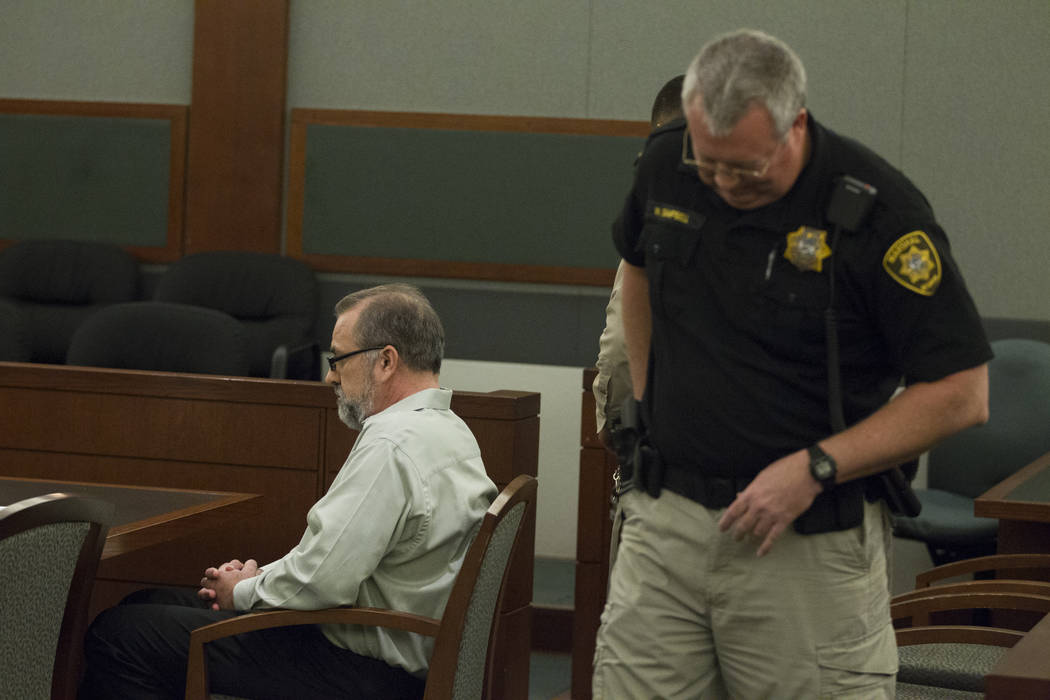 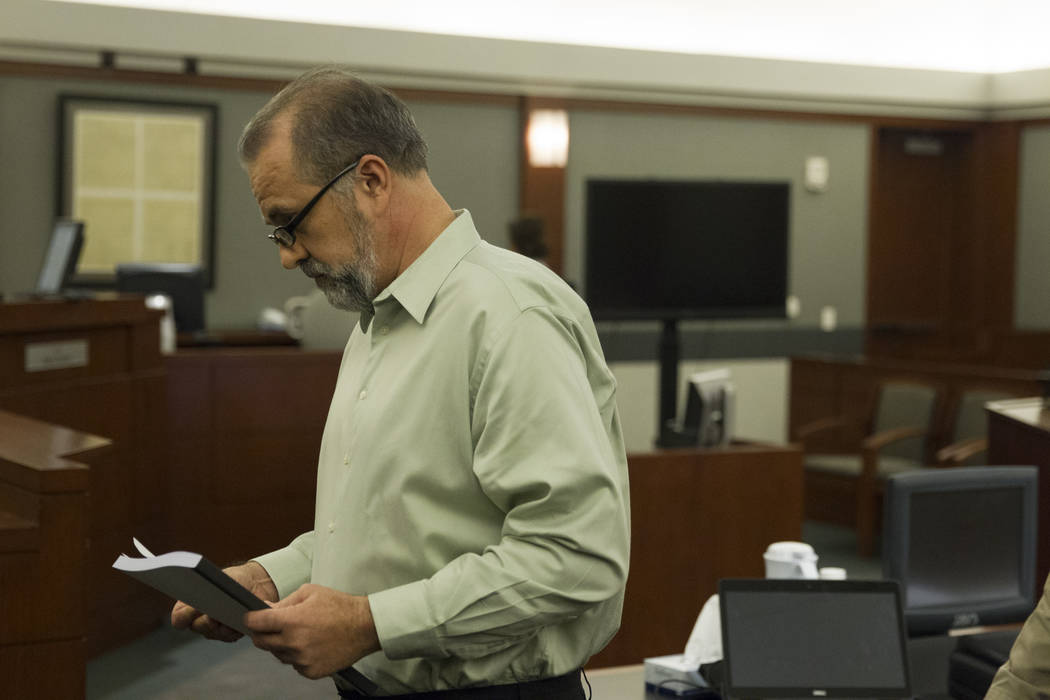 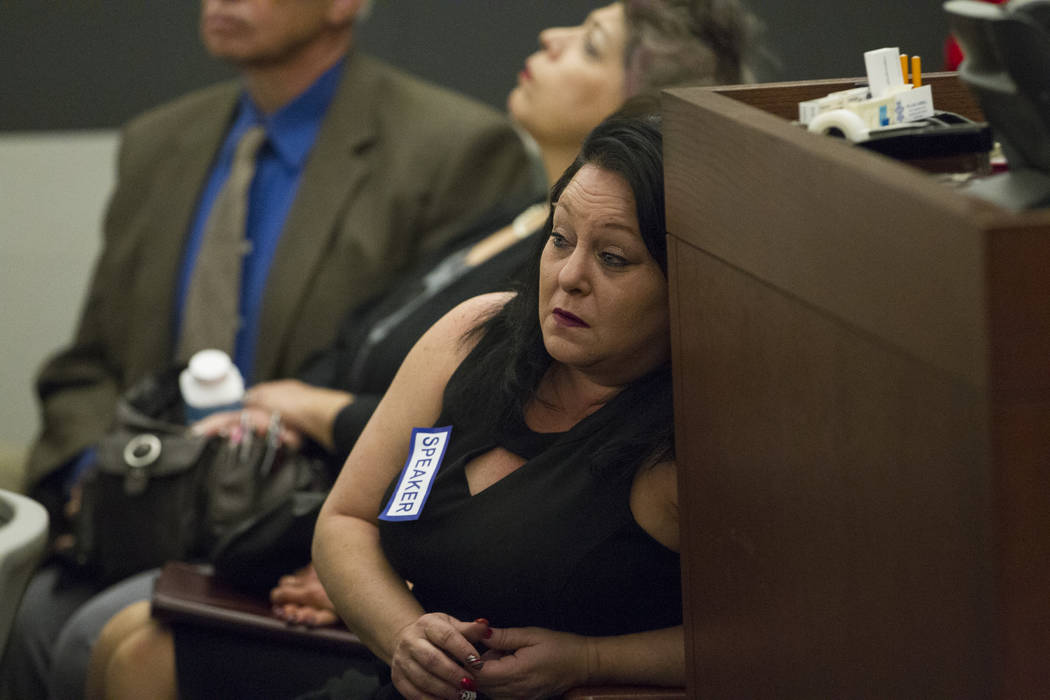 Keri Macknin, the daughter of Michael Macknin, a former police officer and casino company investigator who died in 2013, and the victim of former attorney Robert Graham, accused of swindling more than $16 million from clients, during his sentencing at the Regional Justice Center in Las Vegas, Friday, Dec. 8, 2017. Erik Verduzco Las Vegas Review-Journal

His narcissim ruined the lives of survivors and left clients penniless, a prosecutor said at Graham’s sentencing Friday on five felony counts. He lied, exploited trust and abandoned dozens of vulnerable families in order to satiate his own greed.

District Judge Kerry Earley ordered the 53-year-old, who admitted that he poured piles of that stolen cash into homes, cars and Mormon church tithings, to serve 16 to 40 years behind bars, the maximum sentence for charges that included theft and exploitation of vulnerable people. He spent chunks of the money, he said, on television advertising in an attempt to resuscitate his floundering practice.

He still owes $16,030,396.69 to many like Barbara Macknin, whose husband Michael hired Graham before dying “a gut-wrenching death” from mesothelioma, thinking the lawyer could help. Instead, Graham wiped out the man’s $1 million estate.

Others said Graham’s fraud destroyed their faith in the legal system.

“He shamelessly lied to our faces, while he kept up appearanes as a smart, successful attorney,” said Adler, whose sister passed away at 49 in December 2006. “My request is for this monster to get the maximum punishment.”

After 11 victims addressed the court, the judge read exceprts of letters from still more, saying Graham’s “depraved actions” amounted to “utter disregard to your sworn and solemn oath.”

Court records show Graham secretly funneled an average of $187,000 a month in client funds for several years to a special bank account to run his law practice and pay personal bills.

He used client funds to pay $244,000 in taxes and $700,000 a year in advertising for his law firm. He also used the money to make thousands of dollars more in charitable donations to numerous organizations, including the Church of Jesus Christ of Latter-day Saints and Boys Town of Nevada, according to court documents.

Chief Deputy District Attorney J.P. Raman told the judge that Graham caused “irreparable harm,” “put a lasting dent on the legal profession,” and called him “selfish and callous,” and “a liar, a cheat, a fraud.”

“He’s a danger to the community,” the prosecutor said. “He has caused more damage to people than he knows or is willing to recognize… He put his needs over the needs of everybody else.”

As Graham told Earley he was trying to protect attorneys in his sinking firm, the judge interrupted: “How can you sleep at night? What about your clients? Oh my goodness, your clients.”

Wearing a lime green shirt, black pants and a beard, Graham blamed his crimes on an economic crash, expounded on his own struggles, told the judge he has no money left and asked forgiveness from those he robbed. He stopped short of apologizing directly to them.

“It was total devastation, and I just didn’t make the right decisions,” he said. “I’m not a gambler, but I had a gambler’s mentality. I thought if I put more in I’d get more out.”

As a marshal escorted Graham from the courtroom in handcuffs, observers in the gallery aimed their their cellphone cameras at him.

While the stolen money has disappeared, it’s unclear whether Graham could ever repay the victims, including nearly $942,000 from a trust fund for the children of Kenneth and Sheila Miller, who died in a car crash outside Las Vegas seven years ago.

Their daughter, 16-year-old Micaela Miller, told the judge, “I forgive Robert Graham, but I do not want to see this happen to anyone else again.”