A woman who pushed a 74-year-old man off a Las Vegas bus in March 2019, causing his death, was sentenced Friday to between eight and 20 years in prison. 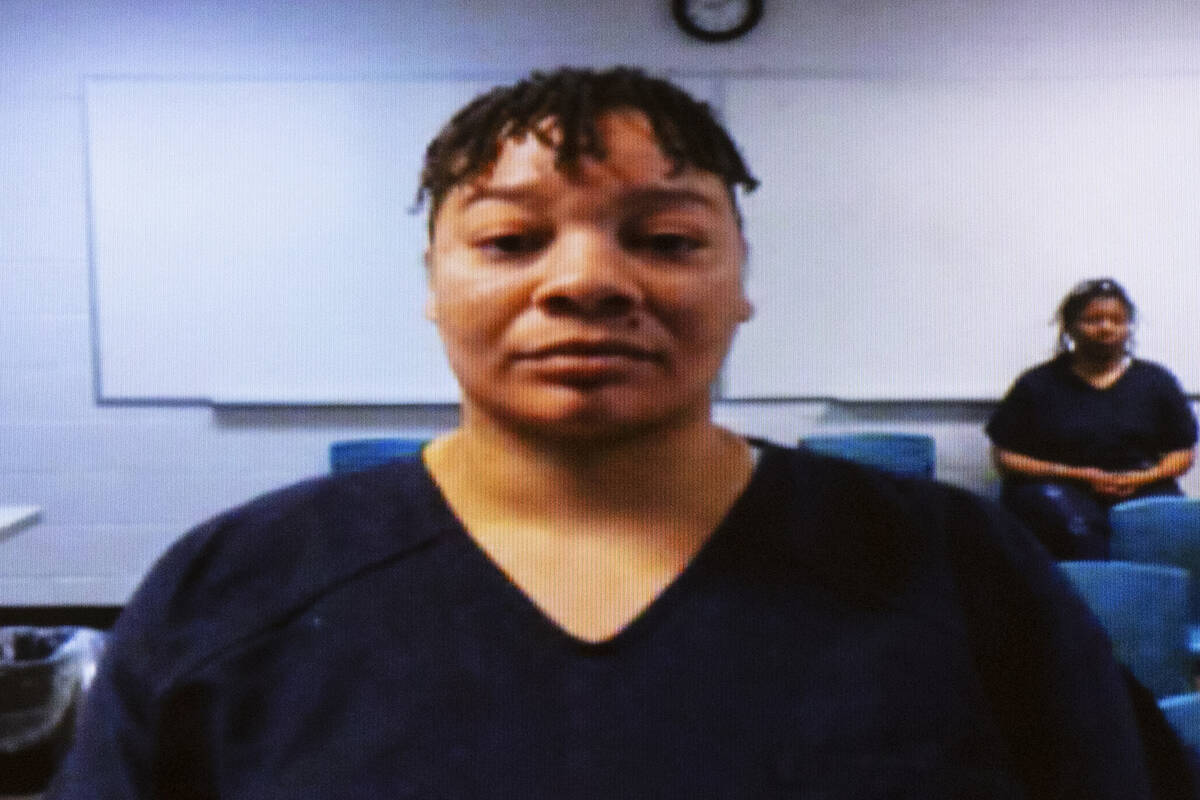 Cadesha Bishop, who pushed a 74-year-old man off a Las Vegas bus in March 2019, causing his death, appears in court via videoconference during her sentencing at the Regional Justice Center on Friday, Feb. 18, 2022, in Las Vegas. (Bizuayehu Tesfaye/Las Vegas Review-Journal) @bizutesfaye 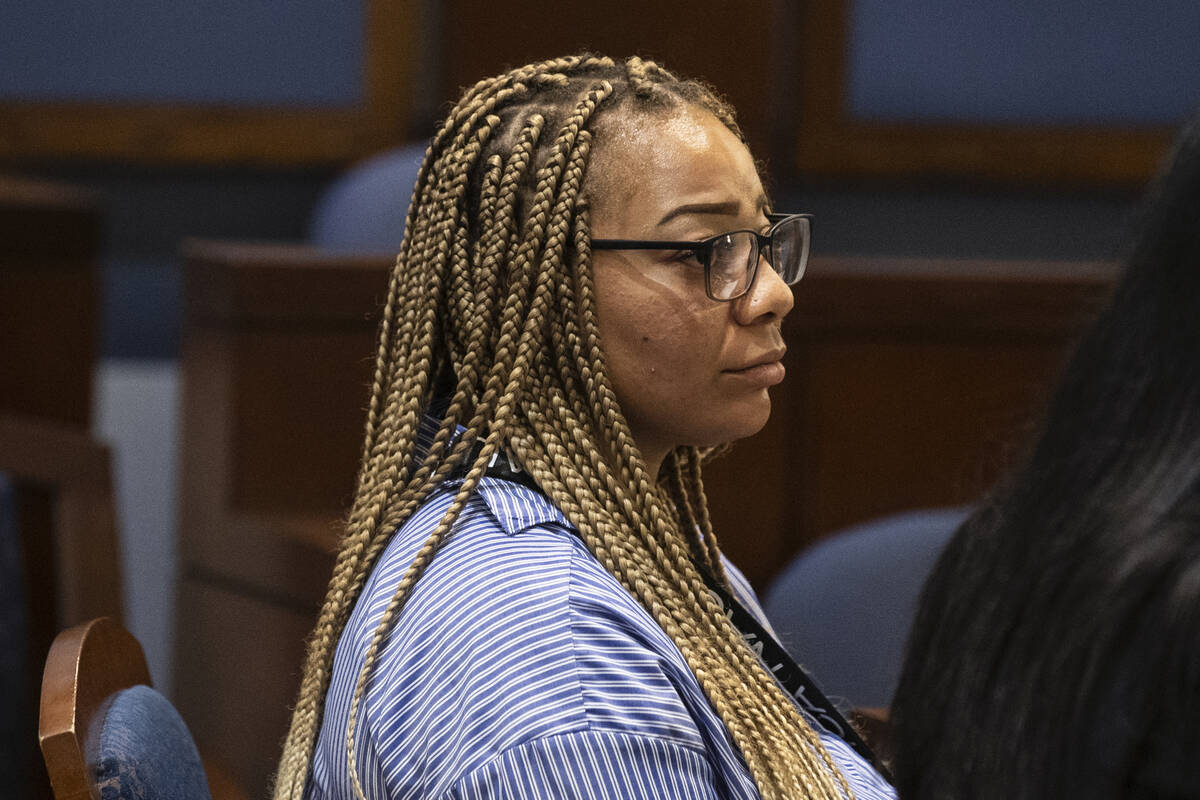 A Las Vegas woman who fatally injured a 74-year-old man by pushing him off a public bus told a judge on Friday that she had been unfairly portrayed in the media.

“I’m sorry for my behavior,” Cadesha Bishop, 28, said during Friday’s sentencing hearing. “I’m sorry for the way that I was portrayed in my lowest and weakest moment of my life.”

District Judge Tierra Jones ordered Bishop to serve eight to 20 years in prison for the 2019 death of Serge Fournier.

Bishop, 28, pleaded guilty on Dec. 27 to abuse of an older or vulnerable person resulting in death. She initially was charged with murder after being accused of pushing Fournier off a parked bus near Fremont and 13th streets.

Fournier landed on his head about 8 feet from the bus doorway and died about a month later, according to Bishop’s arrest report.

Bishop told Jones that other judges indicated she could be a candidate for probation. She asked to be referred to “some type of program” and said she pleaded guilty because she felt she would not receive a fair deal otherwise.

“I’m just asking the court for help,” Bishop said. “The way that I’ve been portrayed, it’s just not fair for somebody who’s never been in trouble before.”

Jones said Bishop could apply for different programs while in prison, but that she was going to sentence her to the period set in the plea deal with prosecutors.

“The actions in this case make you not a probation candidate,” Jones said. “I’m not putting you on probation. That is not happening here today.”

“While never minimizing the pain of the family’s loss, of course, nor being an excuse, it certainly helps me understand a little more how this tragedy might have come about,” he said.

No relatives spoke on the victim’s behalf at the hearing.

According to Bishop’s arrest report, witnesses reported that she was yelling profanities on the Regional Transportation Commission bus on March 21, 2019. As Fournier was passing Bishop in the aisle, he told her “to be nice to the passengers,” the report said.

Using both her hands, Bishop pushed Fournier off the bus. Fournier was holding what appeared to be a walker or folded basket when he was pushed, according to surveillance footage released shortly after his death.

Bishop grabbed her son’s hand and walked away from the bus without offering help, the report said.

In July, a judge revoked Bishop’s bail after she was charged with grand larceny of a vehicle, embezzlement and theft in a separate case, court records show. She previously had posted a $100,000 bail in connection with the murder charge.

Prosecutors said Bishop rented a 2020 Chevrolet Impala from Enterprise and failed to return it after the rental agreement ended.

According to court records, prosecutors intend to dismiss the grand larceny, embezzlement and theft charges because of the negotiations in the abuse case.