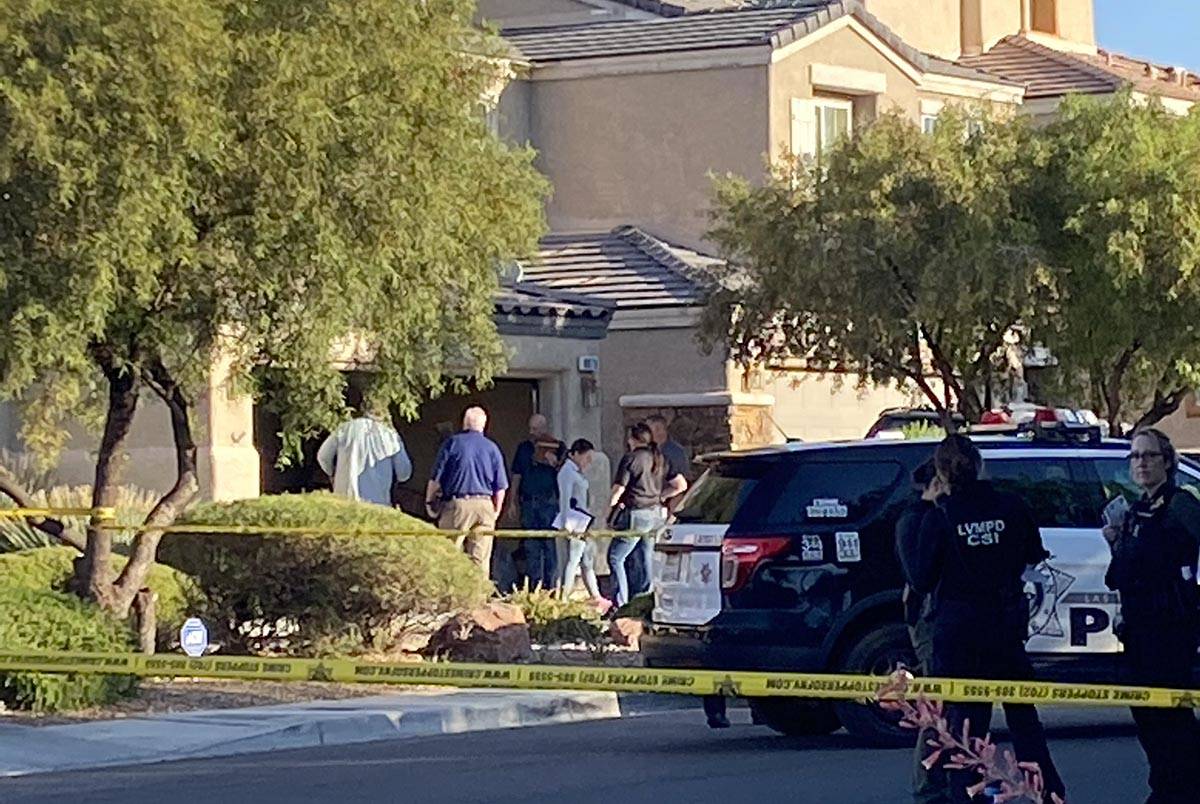 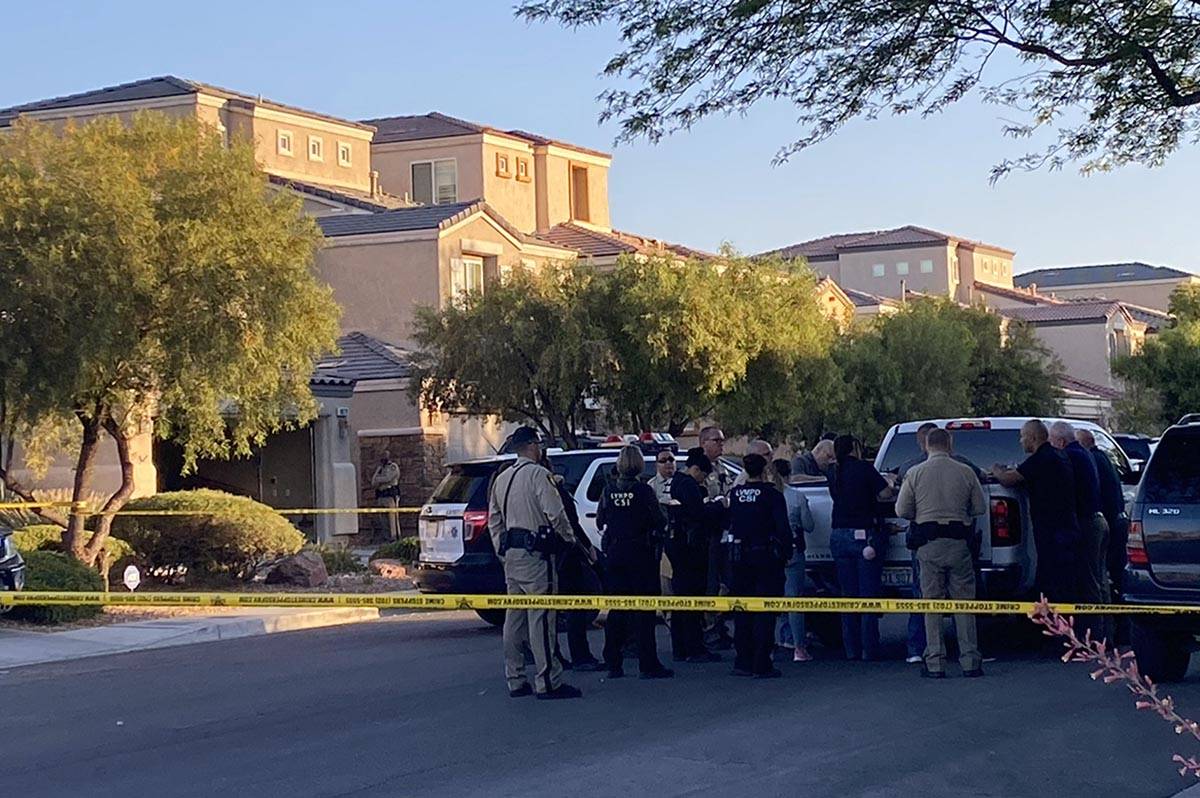 Las Vegas police officers gather at the scene of a homicide in the 8800 block of Canyon Saddle Drive in the southwest valley near Blue Diamond Road and South Durango Drive on Thursday, June 4, 2020. (Glenn Puit/Las Vegas Review-Journal) 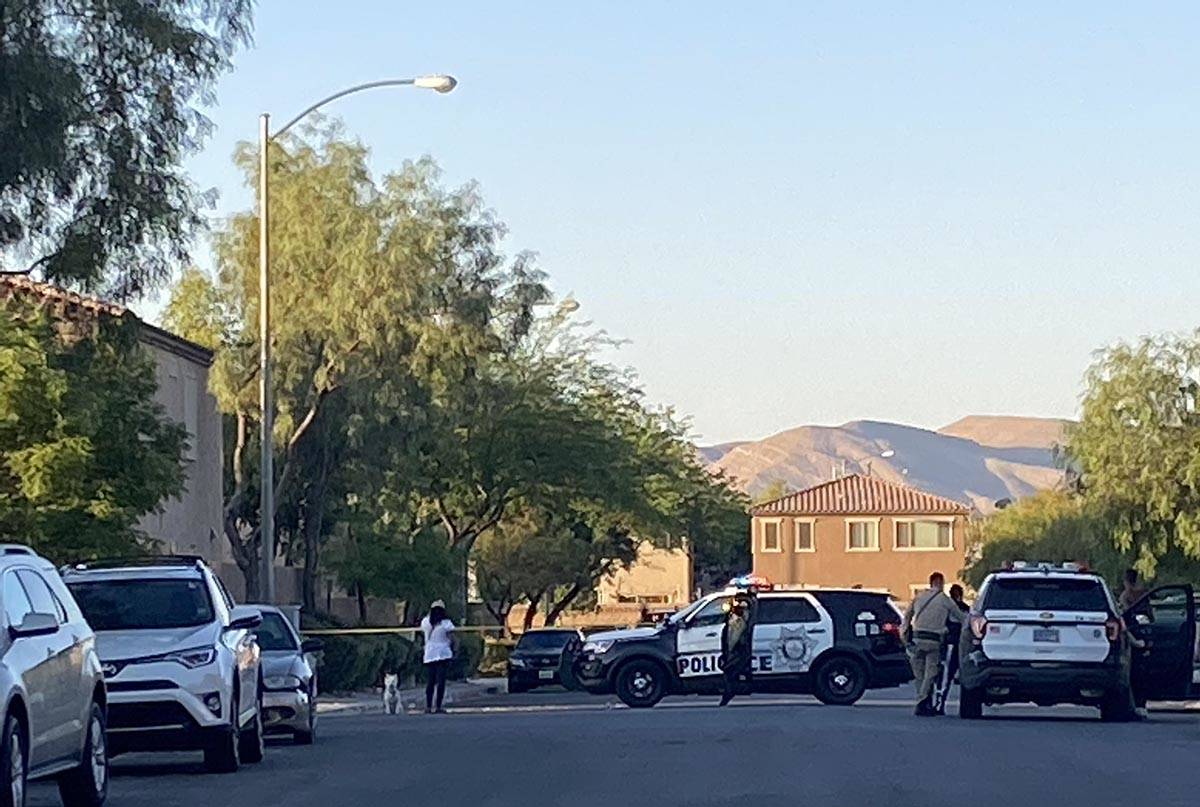 Las Vegas police have a street blocked with tape at the scene of a homicide in the 8800 block of Canyon Saddle Drive in the southwest valley near Blue Diamond Road and South Durango Drive on Thursday, June 4, 2020. (Glenn Puit/Las Vegas Review-Journal)

Police were sorting out the details of a “complex crime scene,” Lt. Ray Spencer of the Metropolitan Police Department said during a 6:30 a.m. briefing.

Shortly after 3:30 a.m., a man who lived at a residence on the 8800 block of Canyon Saddle Drive, near Pebble Road, was standing in front of his home when a Mercedes-Benz pulled up with two men inside, Spencer said.

“The driver of that black Mercedes exits the car and walks to the house,” Spencer said. “There is some altercation between the resident and the driver of the Mercedes. At some point, what we are being told is the driver pulls out a handgun, which causes the resident to pull out his own handgun, and (he) shoots the driver. He is killed inside the garage.”

A passenger in the Mercedes then emerged with a gun, Spencer said.

“There is an exchange of gunfire between the passenger and the resident,” Spencer said. “At that point the passenger ran and fled the scene.”

“We have a lot of interviews to do to try and piece this all together,” Spencer said.

Police were trying to determine what motivated the dispute, Spencer said. He described all those involved as men in their 20s who probably knew each other.