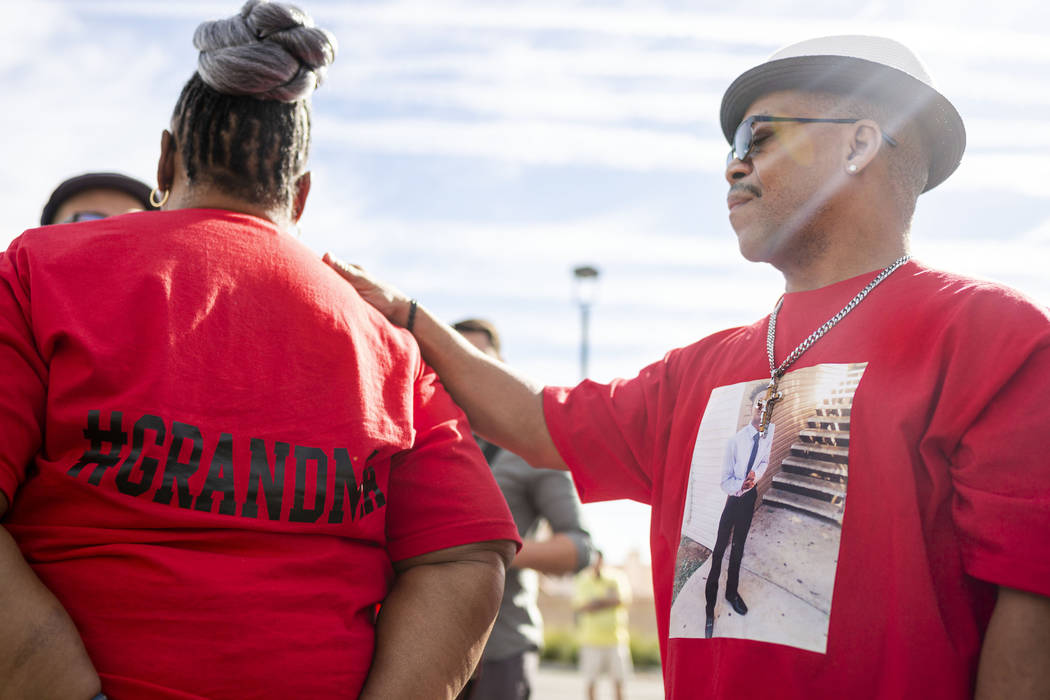 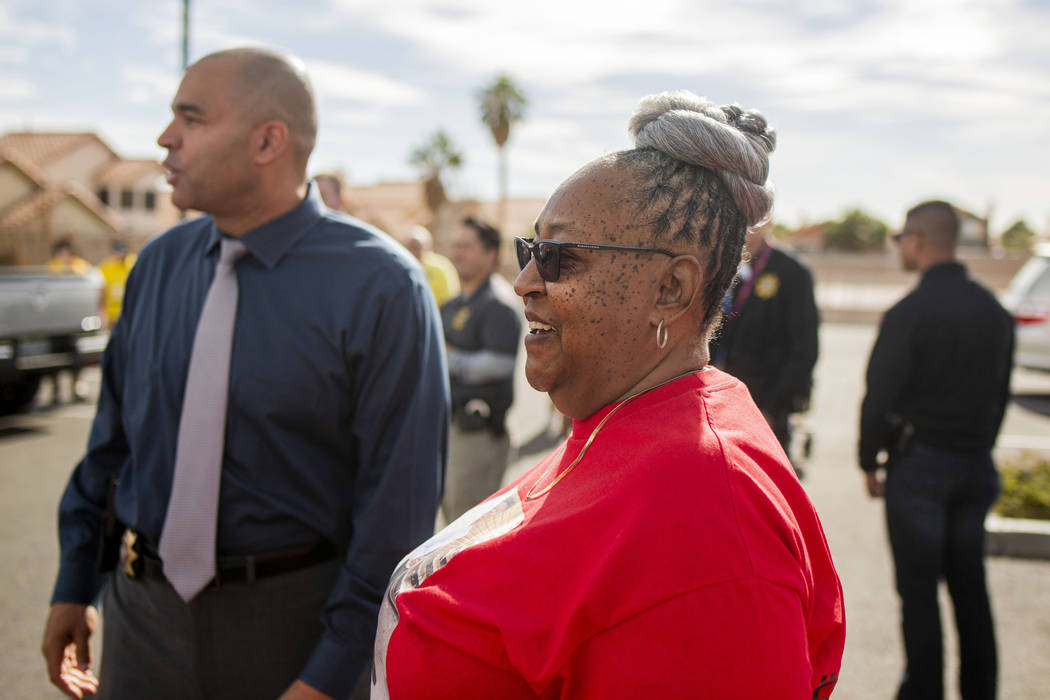 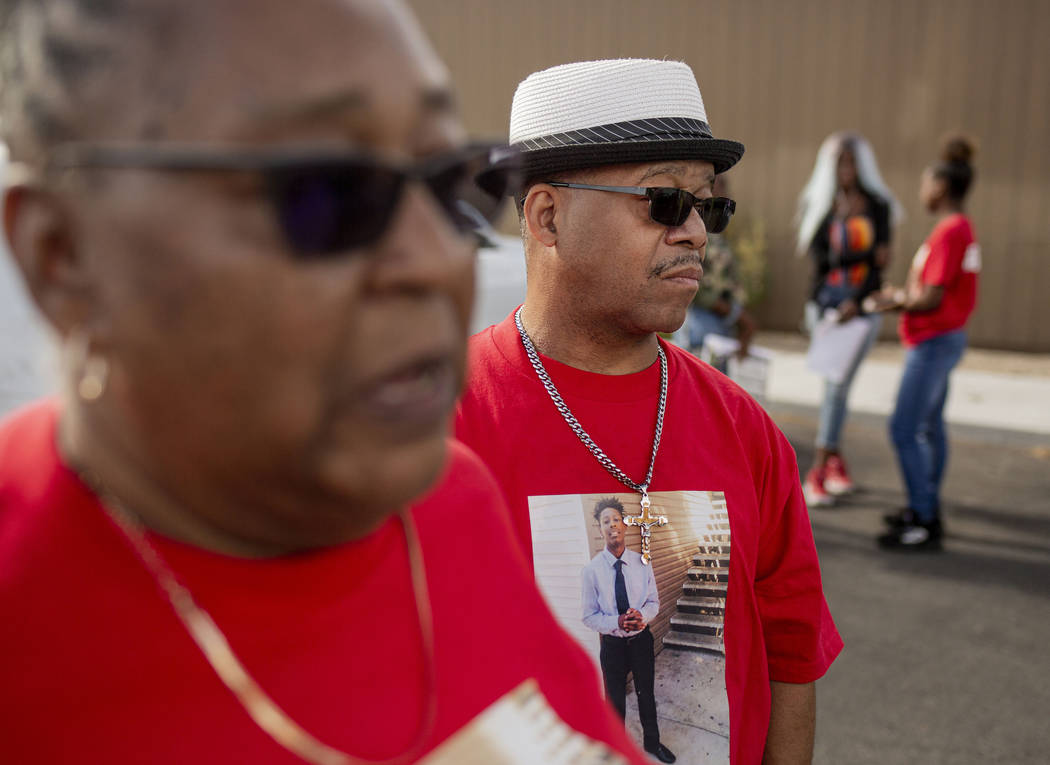 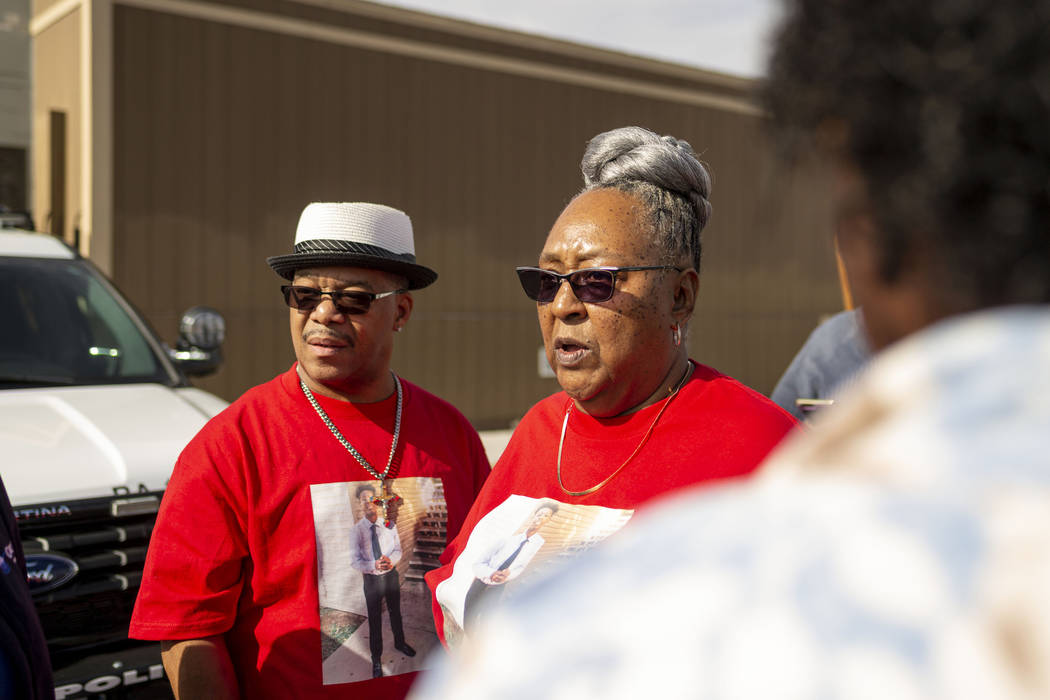 Each year for Thanksgiving, Sheilah Johnson makes her special slow-cooked macaroni and cheese while her husband deep fries a turkey large enough to feed their eight grandchildren.

This tradition has long been a source of joy for Johnson, because after standing on her feet all day in the kitchen, the 63-year-old woman gets to sit at the dinner table and watch as her grandkids devour the food. And after all these years, she’s gotten to know all their little quirks — like how her oldest grandson, Jaejuan Williams, always picks the skin off the turkey.

“That’s his favorite,” Johnson recalled in an interview this month.

But this year is different.

It will be their first Thanksgiving without Williams, who, as Las Vegas police homicide Lt. Ray Spencer puts it, was “senselessly murdered” this summer at the Sundance Village Apartments near Charleston and Rainbow boulevards. He was 19.

“It’s going to be hard,” Johnson told the Las Vegas Review-Journal, knowing that her grandson’s killer was free to spend the holidays with his or her family.

The homicide investigation quickly went cold — a baffling turn of events for Las Vegas detectives, because there were “so many witnesses” to the July shooting, according to Spencer.

“It’s frustrating because I know there are witnesses that could help solve the case,” he said in mid-November.

The shooting happened around 10:30 p.m. on July 25. At the time, Spencer said, residents were milling around the complex, watching as Las Vegas police officers investigated another shooting that had occurred about six hours earlier on the opposite end of the complex.

“What I want to stress about this event is not only the fact that Jaejuan was senselessly murdered, but the fact that there are numerous witnesses that we know have not come forward,” Spencer said, adding that detectives aren’t ruling out the possibility that the shootings were related.

Investigators had not been able to identify a motive or even scrounge up a description of the shooter as of mid-November, but, Spencer said, evidence at the complex indicated that Williams was targeted.

“It looks like he was running from the person who was shooting,” he explained. “There’s definitely a trail of cartridge casings that show he was running.”

Still, police have little to go on. Williams didn’t live in the area and was just visiting the complex, Spencer said.

Johnson, too, can’t think of a single reason why anyone would want to harm her grandson, whom she had raised as her own since he was 6 months old.

“He was very much loved,” she said. “It didn’t make no sense on how he went out this way.”

Since Williams’ death, Johnson and her husband, Julius McCoy, have been mindful about keeping their grandson’s bedroom door open. And they haven’t moved much around in the room, either.

“I have to keep his bedroom door open because if it’s closed, I’m going to open it up to see if he’s in there,” Johnson said, crying.

She said losing her grandson has been an “indescribable pain” that she would not wish on anybody, not even the shooter’s family. And in the spirit of the holidays, Johnson said, she and the rest of Williams’ family hope that one of the witnesses — or even the shooter — will come forward.

“Unless you feel like you’re Superman and can avoid bullets or whatever,” Johnson said of the shooter, “turn yourself in. At least your parents and family can still see you. I’ll never be able to see Jaejuan again except in my heart.”

“Even the smallest piece of information may seem insignificant to you but can mean the world to the detectives,” said Sgt. Robert Rafferty of Metro’s Bolden area command, where the shooting took place.