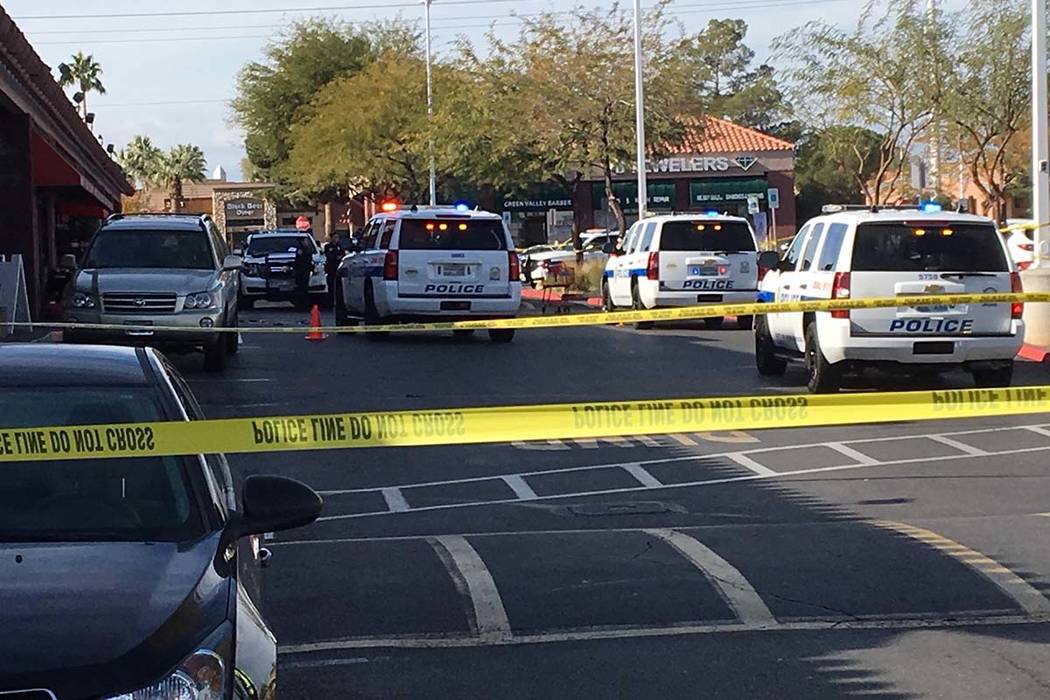 A man who was shot by Henderson police in December died four days later from his injuries, but the agency did not publicly disclose the death until Wednesday.

The man had threatened to stab shoppers inside a Trader Joe’s grocery store at 2716 N. Green Valley Parkway if they didn’t call 911.

In an emailed statement Thursday, the Henderson Police Department told the Las Vegas Review-Journal, “We do not provide press releases when someone ‘later’ succumbs to injuries, unless it’s the result of a motor vehicle collision (Fatal Traffic Collision) or an incident where someone later succumbs to their injuries as the victim of a criminal act such as a shooting or stabbing which may elevate the crime to a Homicide.”

But the Clark County coroner’s office has ruled the death of 37-year-old John Watson III a homicide, which is the killing of a person by another. Clark County prosecutors have not determined whether any criminal charges will be filed against the officer who shot Watson.

Last year, officer-involved shootings more than doubled for the Henderson Police Department, from three in 2018 to eight. Three of the shootings last year were fatal.

Typically, the Police Department does not hold news conferences to discuss police shootings, instead releasing further details and body camera footage in a press release — as was the case Wednesday afternoon for Watson’s Dec. 14 shooting.

Both Las Vegas and North Las Vegas police hold news briefings after officer-involved shootings, during which department officials open the floor to questions from reporters.

Wednesday’s press release — which includes a link to a video of body camera footage, a 911 call and a recorded statement from two officers — states that “Watson was transported to a local area hospital in critical condition” but does not disclose his death.

It is not until more than four minutes into the nearly eight-minute video that Henderson police Deputy Chief Michael Denning says the man “later succumbed to his injuries.”

It was unclear what led Watson to the grocery store that morning, though the department previously said police encountered the man after he had walked into the store and began threatening to stab people unless they called 911.

A woman at the store also recorded Watson on her phone. In her video, the woman says, “I’m here at Trader Joe’s, and this guy just walked in as I was checking out, and he threatened me and a lady with a knife and asked if we want to get stabbed.”

As the first officer arrived, according to Denning, “Mr. Watson began charging toward the officer with a knife in his right hand. Mr. Watson was given verbal directives to drop the knife, which he ignored and continued aggressing the officer.”

The body camera footage released Wednesday shows Watson, his arms outstretched and a knife in his right hand, walking toward the officer, who was previously identified by the department as Nicklaus Hamby.

Hamby fired three seconds after instructing Watson to drop the knife, according to the time stamp on the video. Officers later found an 8-inch fixed blade knife at the scene, Denning said.

The officer, who was not injured, is on paid administrative leave pending the outcome of an investigation into the shooting, according to the department.

In September 2018, he was one of eight officers who shot at an armed man suspected in a violent robbery. The man died from his injuries.