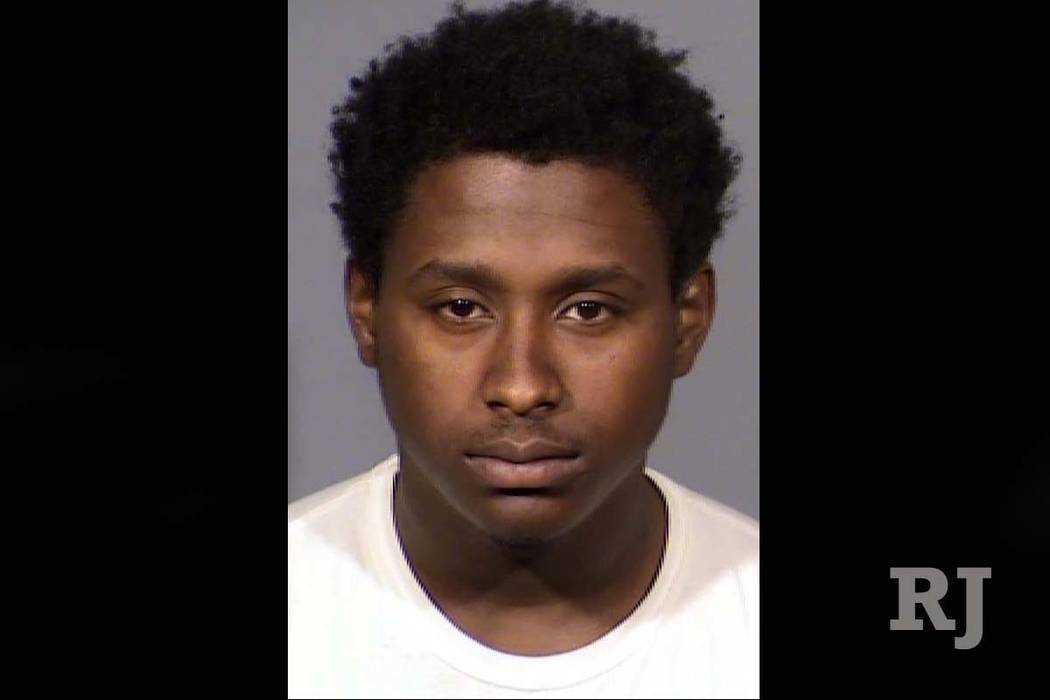 The 19-year-old arrested in connection with the fatal shooting of an Arkansas man threatened two other people outside of a store in the southwest Las Vegas Valley, according to police documents.

On Friday, police arrested Tyriq McKinney on a murder charge in the shooting of Stephen Jones, 26, at 7730 S. Jones Blvd., near Robindale Road. Jones died at University Medical Center on Dec. 2 of a gunshot wound to the chest.

Jones’ death was ruled a homicide by the Clark County coroner’s office.

According to McKinney’s arrest report, the shooting happened Nov. 15 when Jones, along with two women and another man, confronted McKinney after an argument at a nearby home. Earlier in the day, multiple people who lived at the home attempted to tell McKinney to leave and not come back after McKinney got in a fight with someone at the home, according to the report.

A female witness told police that after the fight, McKinney said he was going to “get a gun” and “call his people to come handle things.” McKinney’s father then gave him a ride away from the home, according to the report.

The female witness then drove Jones, another man and another woman to look for “another family member,” according to the arrest report. They then saw McKinney at the intersection of Jones and Robindale, where McKinney threw multiple rocks at the car.

The car’s three passengers got out to confront McKinney, according to the report, and he ran to a pickup to ask the driver for a gun before Jones approached him.

McKinney then shot Jones in the chest before pointing the gun at the other man and woman, threatening to shoot them as well, according to the report.

Jones ran back to the woman driving the car, while the other man and woman ran away from McKinney and called police, according to the report. When police arrived, Jones told a sergeant that “Tyriq” shot him.

McKinney was interviewed at Metro headquarters after he was arrested Friday. He told police that after taking the gun from the driver of the pickup, Jones ran up to him and punched him. McKinney said he shot Jones to “prevent him from beating him up,” according to the report.

McKinney’s father also told police Friday that he was at the scene and saw several people chasing McKinney, before he admitted to seeing McKinney shoot Jones, according to the report.