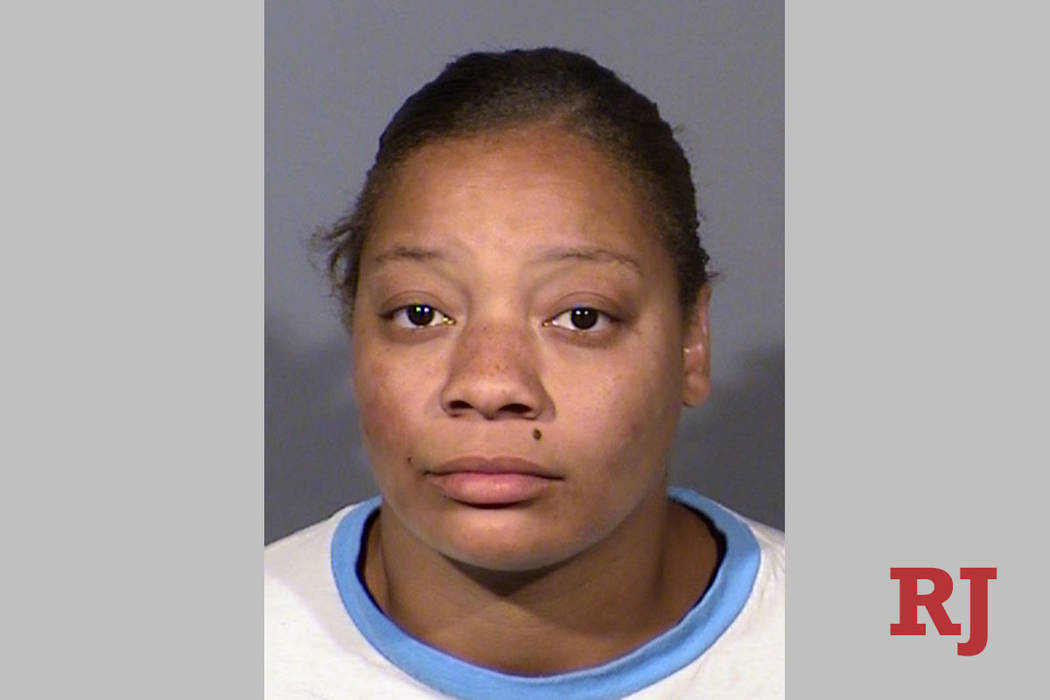 Las Vegas police are asking for witnesses to come forward if they saw a woman push a 74-year-old man off of a bus in downtown Las Vegas on March 21.

Metropolitan Police Department officers arrested 25-year-old Cadesha Bishop on May 6, after she allegedly pushed Serge Fournier, 74, off of a parked bus near Fremont Street and 13th Street about 4:50 p.m. March 21. Fournier landed on his head “approximately eight feet from the bus doorway,” and died about a month later, according to Bishop’s arrest report.

Witnesses at the time told detectives that Fournier told the woman “to be nicer to the passengers” after she had been yelling profanities on the bus. He made the comment to her while passing her in the aisle; she then pushed him off the bus “with both hands,” the report said.

Fournier and the woman were arguing when she pushed him, police said Tuesday.

Surveillance video released by Metro on Tuesday shows the man holding what appears to be a walker or folded basket near the front of a crowded bus. The video, which has no sound, shows a woman pushing him out of the doorway with both hands, and Fournier landing on the sidewalk.

According to the report, she then walked away without offering help, grabbing her son’s hand and leading him away.

Police said Tuesday that Fournier denied medical attention at the scene, but then arrived at University Medical Center later that night because of his injuries.

His family later told detectives that Fournier had died from his injuries on April 23. The Clark County coroner’s office determined he died from complications of blunt force torso injuries, and his death was ruled a homicide.

Bishop is charged with murder of an older person, court records show. She remained in the Clark County Detention Center on Tuesday with a $100,000 bail, jail records show. Her preliminary hearing is scheduled for May 23.

Police asked for anyone present when Fournier was pushed to contact police. Anyone with information may contact Metro’s homicide section at 702-828-3521 or homicide@lvmpd.com. Anonymous tips can be left with Crime Stoppers at 702-385-5555.