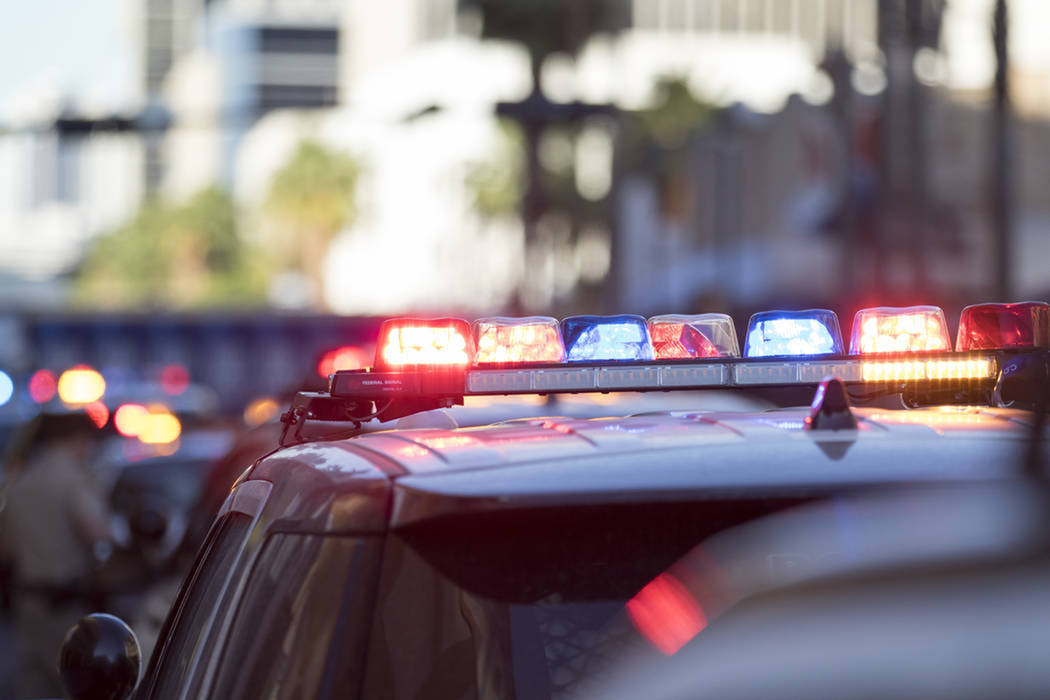 Patrol officers happened upon the 49-year-old victim on the 2880 block of North Rancho Drive after seeing his vehicle jump a curb and crash into a light pole and fence. Richard Brian Las Vegas Review-Journal

A 28-year-old man was arrested Friday in connection with the deadly shooting of a driver last week in the central Las Vegas Valley.

Jail records identified the suspect as Anthony Duane Virgil, who is being held at the Clark County Detention Center without bail on a murder charge. He is suspected of shooting Charles Edward Jackson at about 8:20 p.m. Nov. 10.

Patrol officers happened upon the 49-year-old victim on the 2880 block of North Rancho Drive after seeing his vehicle jump a curb and crash into a light pole and fence. It wasn’t until they reached Jackson that officers realized he was suffering from a gunshot wound to his stomach.

At the scene, Metropolitan Police Department detectives said they found a bullet hole in the driver’s side of Jackson’s vehicle, but the details leading up to the shooting weren’t immediately available Saturday.

Jackson’s death, which has been ruled a homicide by the county coroner, marked the 221st homicide in Clark County this year, and the 192nd investigated by Metro.